To most people, Fountains of Wayne are the band that made a music video starring Rachel Hunter as the world's sexiest MILF.
While they technically are a one-hit wonder, make no mistake; it's just a technicality.  The songwriting duo of Adam Schlesinger and Chris Collingwood create songs so catchy, every one could be on the radio.  When I found out they were playing at the tiny Bowery Electric, I got my ticket immediately.  It was my first time at the venue, and after descending the stairs into the subterranean club, I took note of a sign on the wall: "Occupancy by more than 108 persons is dangerous and unlawful."  I was in the right place.

A three-piece band called Cruise Elroy opened the show.  It was a dream come true for singer Chris Merritt, who listed Fountains of Wayne among his top 10 favorite bands.  Once they started playing, it was obvious that Ben Folds Five and Coldplay hold numbers one and two.  Merritt did his best Chris Martin on "Rain King," remarking halfway through, "Such a slow song to put third."  The BFF comparison owes itself to the the combo of keys, bass, and drums, but when songs like "Shouldn't Be So Scared" featured a heap of "ba ba ba"'s, fuzz bass, and even a Foldsian slap-piano breakdown, it just felt like, to quote Folds, an "imitation of myself."  I understand they're a new band, but they're all proficient at their instruments, so it would behoove them to write more tunes like "Coney Island," which hinted at a more progressive sound, than to simply emulate their influences.  Five songs in, Merritt admitted he was exhausted: "I'm coming off like five straight days of work."  Oh, like everyone else who works?  Before the final number, he offered, "I'm kind of a dork onstage. I'm gonna work on that; I promise."  While you're at it, work on the endings to your songs because each one either petered out or ended abruptly.

I had no idea there would be another opener, so when Jesse Malin took the stage, I was caught by surprise, especially considering FoW had tweeted that Malin would not be playing.  His twitchy energy has been bubbling since he was 12 and fronting hardcore outfit Heart Attack, and I was unprepared for it, so much that he made me anxious.  Accompanied by Derek Cruz on guitar and keys, it wasn't until Malin's balladic take on the Replacements' "Bastards of Young" that he slowed things down enough that I really got a chance to breathe.  He closed with Cheap Trick's "Surrender," but after seeing Rick Nielsen play it with the Sound City Players last month, that's my definitive version.

Fountains of Wayne could've picked any number of their tunes that reference NYC to open with, and they chose "Little Red Light."  The high-energy song was the perfect one to usher in the wave of power pop that would follow.  "It's nice to be playing in an actual club again," Schlesinger said, referencing a recent gig at the Mayo Performing Arts Center, where they shared the marquee with Click Clack Moo, a musical based on the children's book where cows and other barnyard animals type letters to Farmer Brown to protest their working conditions (Hey, I've read it to my niece before.  Forgive me for knowing the plot.).  "They're playing here tomorrow!" shouted someone in the crowd.  To be sure, the intimate club setting increased their passion in every song, and made it feel like they were some local secret that only us in the room knew about.  Somehow I'm always astounded when Jody Porter rips into a classic guitar solo, adding another level to the infectious tunes.  Porter's fretwork and the lack of the synth parts reminded me that Fountains of Wayne are not just a pop band, but authentic rockers.  And again, their songwriting is so strong that I found myself able to sing along to Sky Full of Holes songs I had only heard once or twice before. 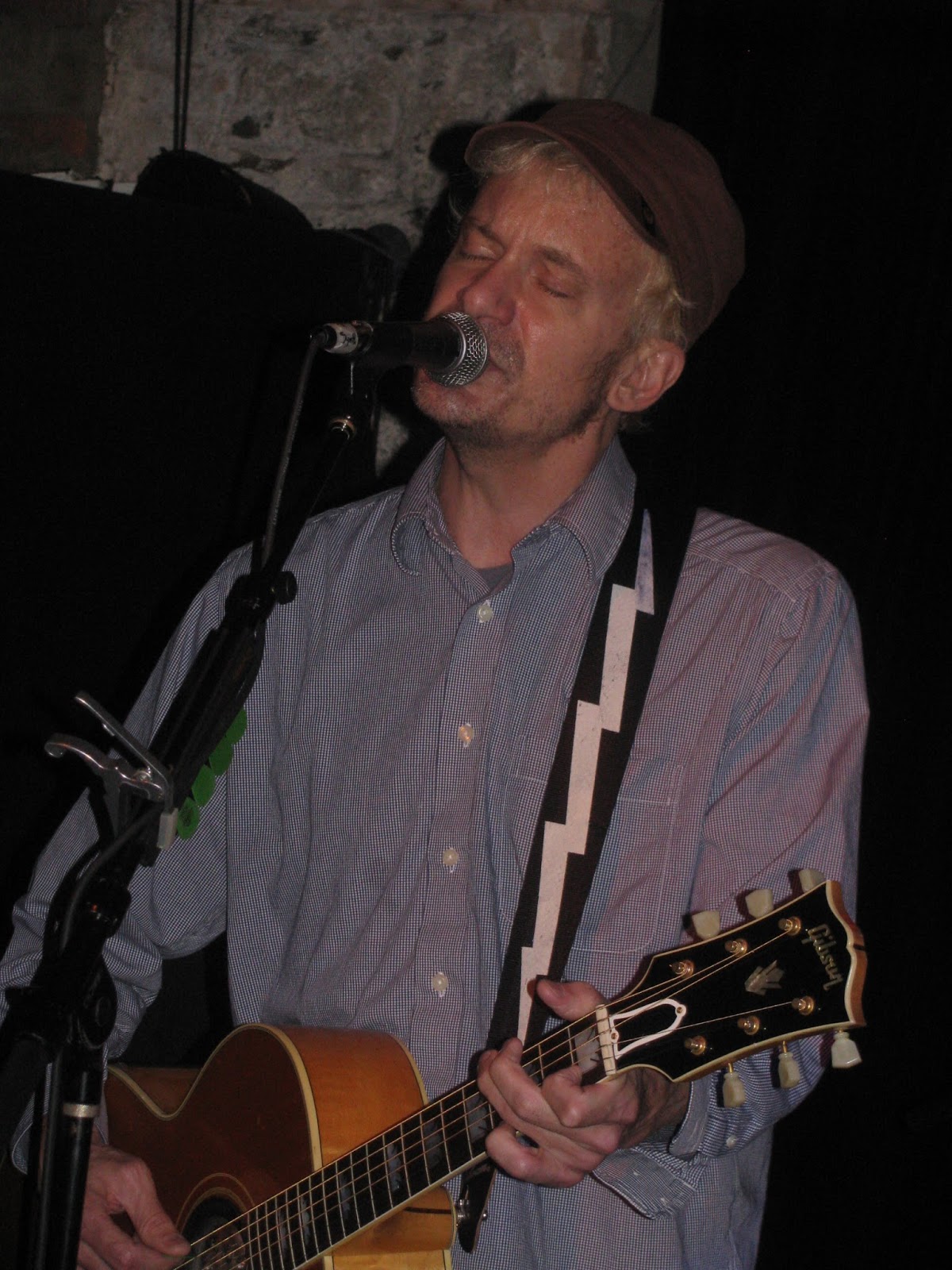 "If you follow me on Twitter, which you don't, you've heard me whining about the weather," said Collingwood before shifting the tempo and "whining through song" with "Valley Winter Song."  They invited a small group of guys in suits onstage to play percussion on "Hey Julie," Adam teasing, "Please welcome the Goldman Sachs trainees."  It was pretty hilarious to watch the one in the middle take his role on tambourine so seriously.  Near the end of the show, Chris said he was going to slow it down again, and then crunched into "Leave the Biker."  The crowd cheered, and it felt good to be in a room of true fans.  I remember how ballsy I thought it was for them to not play "Stacy's Mom" the last time I saw them at Virgin Festival in 2007, but with the crowd already primed by "Biker," it was time.  They finished the set with "Radiation Vibe," sneaking in the riff from "Bastards of Young."

Returning to the stage for the encore, Chris Collingwood singled out a fan he passed on the stairs: "She said, 'YOLO.'  Security!"  Looking out at the smiling crowd, he continued, "You guys sound like you're in a good mood, so... so we're gonna put an end to all that."  Now with Jody on bass and Adam on keys, they began with two slower numbers, "Cemetery Guns" and "I-95," welcoming "fifth Fountain" John Skivic on guitar for the latter.  A fun "Red Dragon Tattoo" followed, and then a "Survival Car" played "triple-ax-style like fuckin' .38 Special or Molly Hatchet" as Jody returned Adam's bass.  "Sink to the Bottom" closed out the 20-minute encore with even more wild sounds from Porter's electric.  Click Clack Moo have a hell of an act to follow.