Self Celebrates 20 Years at Gramercy Theatre


Before the word selfie entered the lexicon as a term for a photographed self-portrait, it had a different meaning: an obsessive fan of the Tennessee alternative band Self.  And last night at Gramercy Theatre, the selfies were out in full force.  It was the most crowded I've ever seen the venue; crowded enough that the coat check no longer had room for coats.  You see, it had been ten years since the band performed in the city, and ten more since they'd begun recording their debut album, Subliminal Plastic Motives.  The night was a celebration of SPM, both performed in its entirety and released on vinyl for the first time. 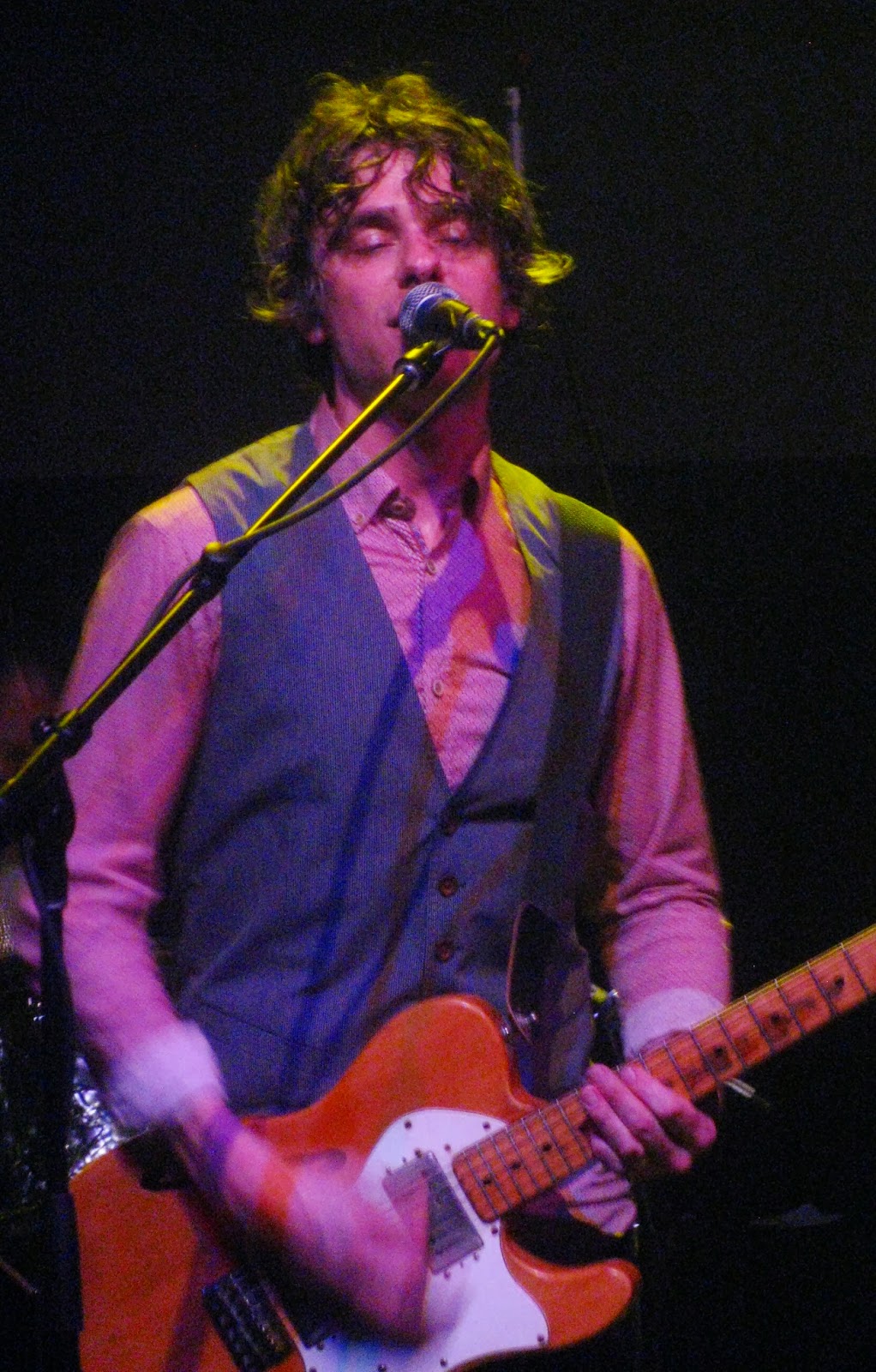 An instrumental version of Prince's "1999" welcomed the band to the stage, and the ageless Matt Mahaffey started singing, modifying the song to "1995" with lines like "The music was all grungy / There were Big Muff pedals everywhere."  After a chorus of two, it was finally time to to party like it was '95, and Self crunched into "Borateen."  Following a swell "Sophomore Jinx," Matt conducted the crowd on a singalong of the compass rose in "Stewardess."  "Where you been?!" yelled a crowdmember after the tune.  Matt responded, "In the words of Woody Harrelson: Drinking... a lot."  The Kingpin reference kicked off an ongoing game of Mahaffey's banter including film quotes from Groundhog Day to Toy Story.  "So Low" and "Marathon Shirt" both gave Chris James the chance to go off on the synthesizer, an essential ingredient to the Self sound.  "You guys are killing it!" shouted a selfie.  "Oh, good," said Mahaffey cheerily.  After "Cannon," he remarked, "You know, you guys are a little rusty too," pointing out that many had botched the last chorus by singing "unnecessary" instead of "unwanted."  "Next time!" he added with a smile.  He singled out a man in the crowd who had been singing along to every song.  "Why don't you come up here and sing this next one?" he asked.  The dude and his date were escorted onto the stage, and Matt handed him the microphone.  The guy revealed that he'd rewritten some of the words.  Something was up.  As he genuflected, we all knew what was coming.  "Will you marry me?" he questioned.  His genuinely confused and embarrassed girlfriend replied, "Uh... yeah," followed by an unamplified "What the fuck?"  She didn't put the ring on her finger though, so hopefully she was just still in shock.  But the show had to go on.  Following "Superstar" and "Mother Nature's Fault," Mahaffey confessed, "New York City, you're unstoppable!  Maybe I'll just have to stay up here all night."  He took the mic out of its stand, and danced around as he sang over the jazzy beat of "Big Important Nothing."  They wrapped up Subliminal Plastic Motives with a feedback-drenched "Lost My Senses," Mahaffey nodding knowingly to the crowd as he left.  "It's obligatory," he explained.

The selfies cheered for over a minute straight before Matt returned alone.  "The guys are going to the bathroom," he smirked.  Whether or not he was joking, he did take the opportunity to treat us to the chorus of the ultra-rare "Brooklyn" before his bandmates reappeared for "Dielya Downtown."  Then the whole group got their chance to tackle a deep cut with "Glued to the Girl."  Taking off his guitar, Mahaffey turned to the omnichord beside him and fired up "Trunk Fulla Amps."  It was the highlight of the night, the crowd taking the reins on each "Mother!"  The band even threw in a tease of "Empire State of Mind" for good measure.  "Meg Ryan" with its Sleepless in Seattle third act-referencing refrain was the obvious closer for an NYC show.

The house lights and music popped on, but I was unconvinced.  Sure enough, within a minute, Jason Rawlings emerged and took a seat the the drums.  As he kicked into the beat, the remaining members returned, along with opening act I Fight Dragons.  The newly enlarged band finished with a jubilant "Titanic," Mahaffey's Pixes/Weezer mashup/parody.  "I swear to you guys it won't be ten more years," Matt declared over the cheers.  There's going to be a lot of disappointed selfies if he doesn't keep his word.