That guy? Then I'll pass on your insurance; thank you very much.
at 12:09 PM No comments:

I figured I'd be late to the party again and weigh in on the whole Tonight Show thing. I watched on Hulu for the past two weeks, and the shows were some of the best television I've seen in a long time. (Aside from last Friday's show, which was just okay by comparison.) Conan's speech towards the end of the final episode actually got me teary-eyed. I guess I don't have too much else to say, as I'm trying to put Conan's words on cynicism into practice.
Here's his farewell speech in case you missed it, or tried to watch it on YouTube, but it was taken down.
at 3:50 AM No comments: 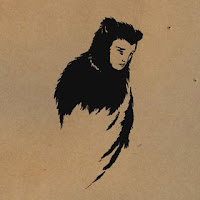 10. Brian Bonz & the Dot-Hongs - From Sumi to Japan
I saw these guys open for Nightmare of You, and was pretty much stunned by how good the lead singer's voice is. His stage banter is some of the funniest I've heard too. The mix should focus on his voice a little more, but if you lie down and listen to the album, you will be rewarded. 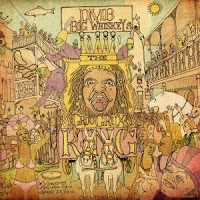 9. Dave Matthews Band - Big Whiskey & the Groogrux King
"If you don't like this record, you're a fucking retard," said Dave Matthews behind the scenes of the Fuse documentary I worked on. Bold words from a guy whose albums I'd never listened to, so I gave this one a shot. The musicianship is excellent, and I'd venture to say that there are even a few retards who would enjoy this album. 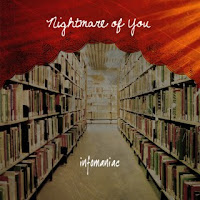 8. Nightmare of You - Infomaniac
Their eponymous debut is my favorite album, and while this sophomore outing is good, I can't help but say I'm a little disappointed. The departure of two members of the band, including their amazing drummer Sammy Siegler, and the fact that the "demos" posted on their MySpace didn't seem to be re-recorded for the album, hurt it a little. 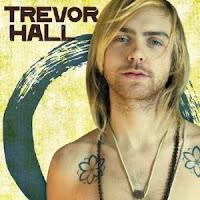 7. Trevor Hall - Trevor Hall
I heard a song by this guy playing in my brother's car, and I asked his wife who it was. She told me it was Kings of Leon, which shocked me 'cause it didn't sound anything like Kings of Leon (It didn't suck.). It doesn't suck. It's a nice blend of rock, folk, reggae, and East-Indian styles with songs you can work out to or get high to. I've only done the former so far. 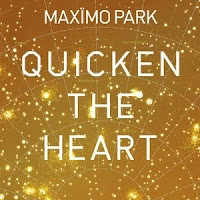 6. Maxïmo Park - Quicken the Heart
Ah, the third album. This one ends up fitting the cliché quite nicely, taking equal parts from the enthusiastic first album and mature second to make a blend that can now be defined as their sound. While I still prefer their debut, this one is quite refreshing and probably their most accessible. 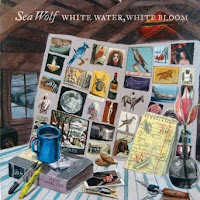 5. Sea Wolf - White Water, White Bloom
In the midst of my cross-country journey, I saw Sea Wolf perform at Saint Louis University. I bought their new album, and it stayed in my CD player for the rest of the West. (I listened to my iPod mostly, but if the radio signal had too much interference, the CD player would go on.) Very cohesive set of tunes. 4. Phoenix - Wolfgang Amadeus Phoenix
I think it borrows a little too heavily from It's Never Been Like That, but that was a great album, so it makes sense that this would be good. Not a substitute for their spectacular live show though. 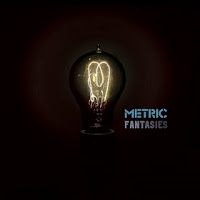 3. Metric - Fantasies
Some people dismissed this album for its production, and while it does sound a little different than the previous discs, it's still Metric. Hear and see the songs performed live and you'll realize that. I can't stress enough how important it is to see these bands live. 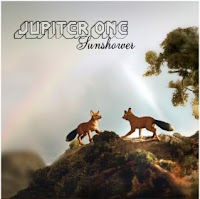 2. Jupiter One - Sunshower
I picked up a random CD one night at Fuse, and it was this. It was the CD in my player until I got to St. Louis. I even had the pleasure of seeing them during my stop in Cincinnati. A really solid rock/pop album. Take a chance. 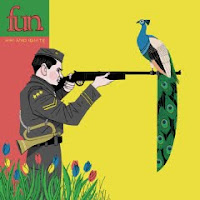 1. Fun - Aim & Ignite
The soundtrack of my summer, and a great album to fall in love to/with. There are so many different sounds on this album from the ELO-like harmonies of "All the Pretty Girls" to the steel drums of "At Least I'm Not as Sad (as I Used to Be)" to the gospel choir of "Barlights." It's all held together by the distinctive voice of former-Format singer Nate Ruess. I read an article where someone pegged his voice as "off-Broadway," and yes, there is a certain theatricality to it. Add all this together, and I'll be damned if you don't get an experience that is exactly the name of the band: Fun.
at 7:47 PM 2 comments:

It sucks that there was an earthquake in Haiti. It also sucks that people write stupid fucking articles like this in The New York Times.
Published: January 16, 2010
at 3:28 AM No comments:

An tweet-fight between neighbors may have led to murder. Read the article.
at 7:12 PM No comments:

I like to make lists. Unfortunately, I didn't always have a place to publish them. My MySpace blog and radio show's LiveJournal had to suffice in the past, but look what I've got now... a real blog!
I usually make a list of the top albums of each year, but I normally wait until a month or two into the year, so I can catch up on the albums I missed or didn't spend enough time with. The problem with that is no one cares about best-of lists that late into the year. (The Oscars aren't until March, but people seem to accept that.) My mind always changes, so the lists are pretty fluid anyway, but I figured I'd post my unpublished list of the top 2008 albums before I hit you with my naive 2009 picks sometime this week. Of course the order of these would be different now and likely include some other albums (Where is Raphael Saadiq's The Way I See It?!?), but I'm gonna post it 'cause I'm gangsta.
The Top Fifteen Albums of 2008 (December 18, 2008, 9:43 pm)
15. Flight of the Conchords - Flight of the Conchords
14. G. Love & Special Sauce - Superhero Brother
13. Vampire Weekend - Vampire Weekend
12. The Stills - Oceans Will Rise
11. Mike Doughty - Golden Delicious
10. Glasvegas - Glasvegas
9. Zach Gill - Zach Gill's Stuff
8. Jack Johnson - Sleep Through the Static
7. Matt Costa - Unfamiliar Faces
6. Spiraling - Time Travel Made Easy
5. Panic at the Disco - Pretty. Odd.
4. Faded Paper Figures - Dynamo
3. Sunfold - Toy Tugboats
2. The Kooks - Konk
1. Miniature Tigers - Tell It to the Volcano
at 2:00 AM 1 comment:

Happy New Year! I just watched an episode of Rugrats called "Reptar 2010." If you remember, Reptar was a dinosaur more like Godzilla than Barney. In this episode, Grandpa puts in a movie called Reptar 2010, where Reptar is transported into the future. The future just so happens to be New York City in 2010.
Here's a few things they predicted incorrectly:
at 9:33 PM No comments: