A Late Night with Berlin at the Cutting Room

A wave of guilt washed over me at 11:50pm.  Berlin were supposed to have taken the Cutting Room stage twenty minutes prior, and there was no sign of Terri Nunn.  Why the guilt?  I taped a podcast interview with Terri earlier in the day, and she informed me that her glass of red wine was the first time she's ever had a drink before a show.  Sure, her last sip had been around 7:00, so there was plenty of time for the buzz to wear off, but what if after that first glass, she kept going?  "Oh, no," I thought.  "She's somewhere in the building, tanked and crying.  I blew it."  Fortunately, drummer Chris Olivas appeared and announced they would be starting shortly, as they were having some technical difficulties.  I breathed a sigh of relief.

Just after midnight, following a brief video intro of Berlin's history, Olivas, guitarist Carlton Bost, and keyboardist Dave Schulz embarked on the dance track "With the Lights On."  Nunn emerged, clad in a long black skirt (with quite the revealing slit) and a feathery shawl.  Her two-toned hair framed her ageless face, which was grinning from ear to ear.  Even if some in the room weren't familiar with the tune from her most recent album, Animal, her enthusiasm was infectious.  And let's face it, they were finally playing!  They followed with "No More Words" and the crowd went bonkers, shouting back the chorus.  Those in the rear who couldn't see tiny Terri over the heads of the audience could watch her 30-years-younger self in the Bonnie & Clyde-styled music video playing behind the band.  Before the band's first single "A Matter of Words," Terri removed her shawl to reveal a sexy, sparkle-outfitted top.  If the energy level in the room was high for "No More Words," you can only imagine what it was like for "The Metro," where Nunn turned her mic to the crowd for the refrain. 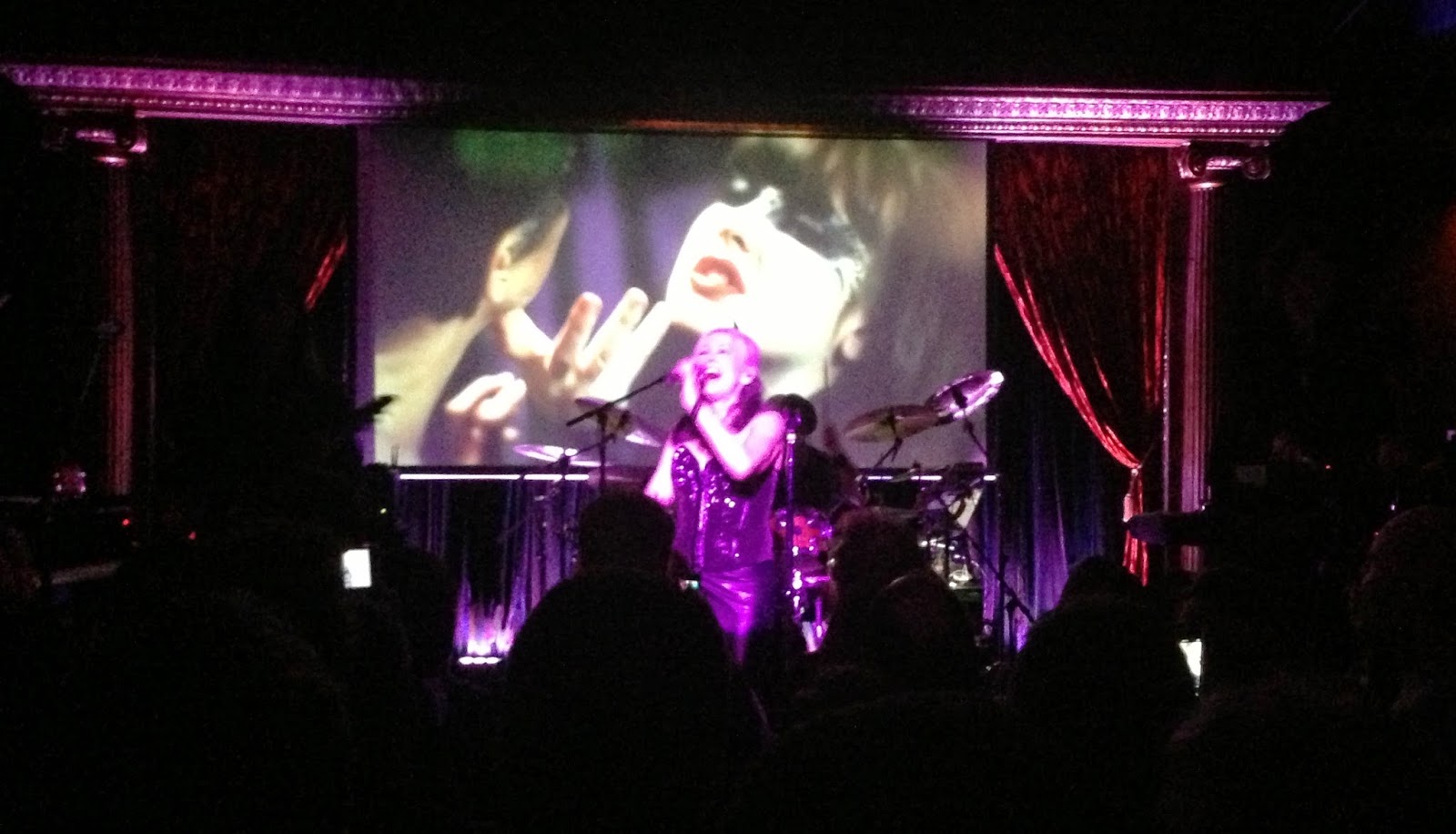 With an act like Berlin, whose popularity peaked in the '80s, the audience could meet new material with a lot of resistance.  Hell, the title track of Animal even features a fully fledged dubstep breakdown.  Although the crowd wasn't moving and singing like they were for the hits, they didn't start having side conversations.  Their eyes were pinned to Terri for the entire show, a feat even more incredible given the over-stimulating Disney's-Haunted-Mansion-meets-art-gallery interior of the venue.  For "Pictures of You," a montage of childhood photos played behind the band, allowing everyone to see what they looked like before they turned goth.  Terri revealed that the Animal track "Nice to Meet You" was written about her fear of people.  And what better way to overcome that anthropophobia than to mount a dude's shoulders and have him parade you through the crowd to shake hands?

While her bandmates' backup vocals could've used some work, Terri continuously crushed it, with many performances besting the album takes.  If her belting on the standout "Like Flames" proved anything, it's that her age has only given her voice more depth.  Though the crowd began to thin a bit by 1am (The show would've been over by then, so patrons had trains to catch and babysitters to relieve.), the band soldiered forward.  "So this one's about my fear of intimacy.  Lot of fear in this record," Nunn said, introducing ballad "It's the Way."  Some concertgoers in the front received wristbands before the show, and those lucky folks got to join the band onstage for "Dancing in Berlin."  I laughed for the whole song at a guy having the time of his life on stage right.  The dancers were corralled off the stage, and the band segued into their final number, a hard industrial take on "Sex (I'm A...)" that sounded as if Trent Reznor had remixed the original tune.

A minute and a half later, Terri and Dave Schulz returned, with Dave taking a seat at the piano.  The duo performed "Mom," a dedication to Nunn's mother.  As Bost and Olivas took their places, Schulz relocated to the synths.  At the first note of "Take My Breath Away," you could feel the audience melt.  Bost's guitar solo got a little sloppy towards the end, but no one seemed to care since there was nothing to compare it to in the original song.  At this point, everyone had had their cake, so Terri squirted on some icing with an electronic cover of "Somebody to Love" to keep everyone singing along.

Stay tuned in the upcoming weeks for the "Gettin' Tipsy with Terri" episode of The Next Round.