Vacationer Set a Whale Loose in the Marlin Room 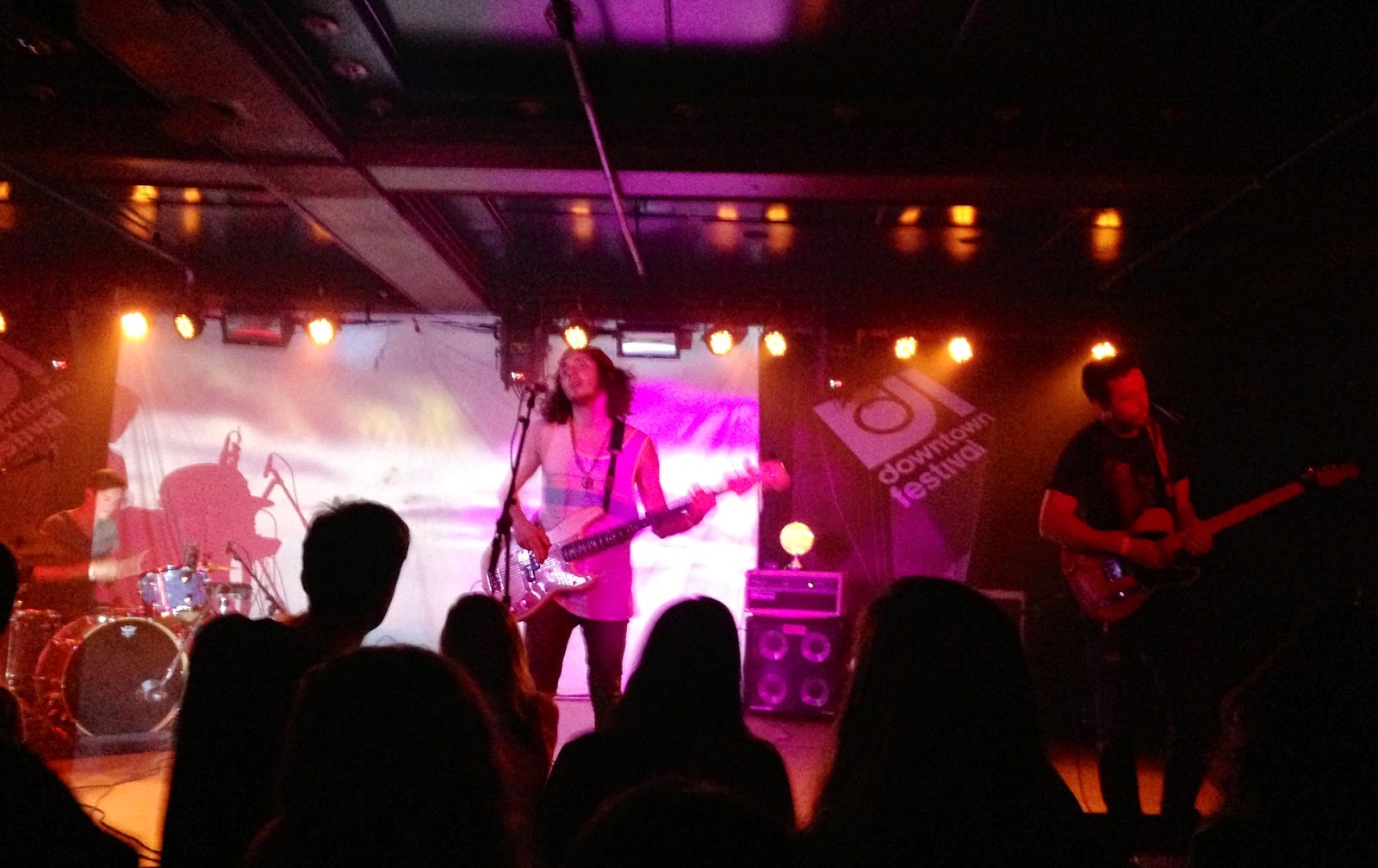 The most common reasoning I hear from people as to why they don't go to concerts is that it doesn't sound as good as the record, specifically the vocals.  Last night in Webster Hall's Marlin Room, Vacationer's Kenny Vasoli put those naysayers in their place, with every lyric sounding at least on par with its studio version.  The band began with "Trip," set against a projection of waves crashing on a Pacific shoreline.  As he played bass, Vasoli turned to the backdrop to watch his shadow dance around like a silhouette in an iPod commercial.  They followed with a trio of songs from their latest LP, Relief, including the plucky double-guitar groove of "Shining," which had Kenny "woo"ing a few more times than the album cut.  "I'm gonna give you the world," he stated, emptying a trashbag full of globe-emblazoned beach balls onto the audience for a sprightly "In the Grass."  "I'm glad you're down with the chillness.  Here's some old ones for you," Kenny offered, easing into "Summer End."  There was a marked change in energy as the band found their way back into songs from their debut, which could be identified by the lack of air-filled planets bouncing around.  After "Be with You," Vasoli remarked, "They gave us a long-ass set.  We're gonna have a lot of fun in this room."  That is, if your idea of fun is a large, inflatable "chiller" whale being tossed around the floor during "The Wild Life."  If we'd been in the main ballroom upstairs, there could have been some real Free Willy--err, Free Chilly moments of the whale soaring high above the crowd, but the lights rigged from the Marlin Room's low ceiling made it damn near impossible for the pool toy to get any air.  If the whale came close enough to you, you got stuck hitting it repeatedly against the shit hanging above you.  When Chilly came back around during the second chorus, the guy behind me dropped his beer, drenching the back of my legs with a sticky pumpkin stench.  And I actually wouldn't have minded as much if this had happened during another tune, but this was the jam I've been bumping almost non-stop for two weeks.  A gentle "Glimpse" provided a satisfying reprieve from all the whale-beating before Vacationer finished out their set with the opening salvo from Gone: "Everyone Knows" and "Good as New."

I sat down for a beer with Kenny on Friday to tape an episode of The Next Round, so look for that in the next two weeks.