The Revivalists started last night's show at Irving Plaza by flipping the script.  Every time I've seen them, their set has ended with "Criminal," but they put the moody, crescendoing rocker right up front.  It was a powerful move on the band's part, a way of saying, "We're not gonna make you wait for the song you want to hear the most.  We have just as much confidence that we're gonna rock the shit out of anything we're gonna play after this too."  "Stand Up" was the frank rallying cry to unite everyone under this mission.  That was followed directly by another fan favorite, "Concrete (Fish Out of Water)."  Michael Girardot, who was jumping around more than I'd ever noticed before, took the song into his hands with a rip-roaring organ solo that had the crowd screaming for more.  Instead, as soon as he was finished, he picked up his trumpet and soloed on that to even more applause.  Singer David Shaw's hair, which had been tied back for the first few tunes, came unraveled during the number, his brown, shoulder-length curls exploding outward to give off a Sideshow Bob appearance.  "Monster" was next, David pleading in the lyrics, "Stop, save yourself / You could have anyone else."  But it was clear that this audience didn't want anyone else, only the Revivalists, especially when Rob Ingraham picked up his baritone sax for the explosive "All in the Family." 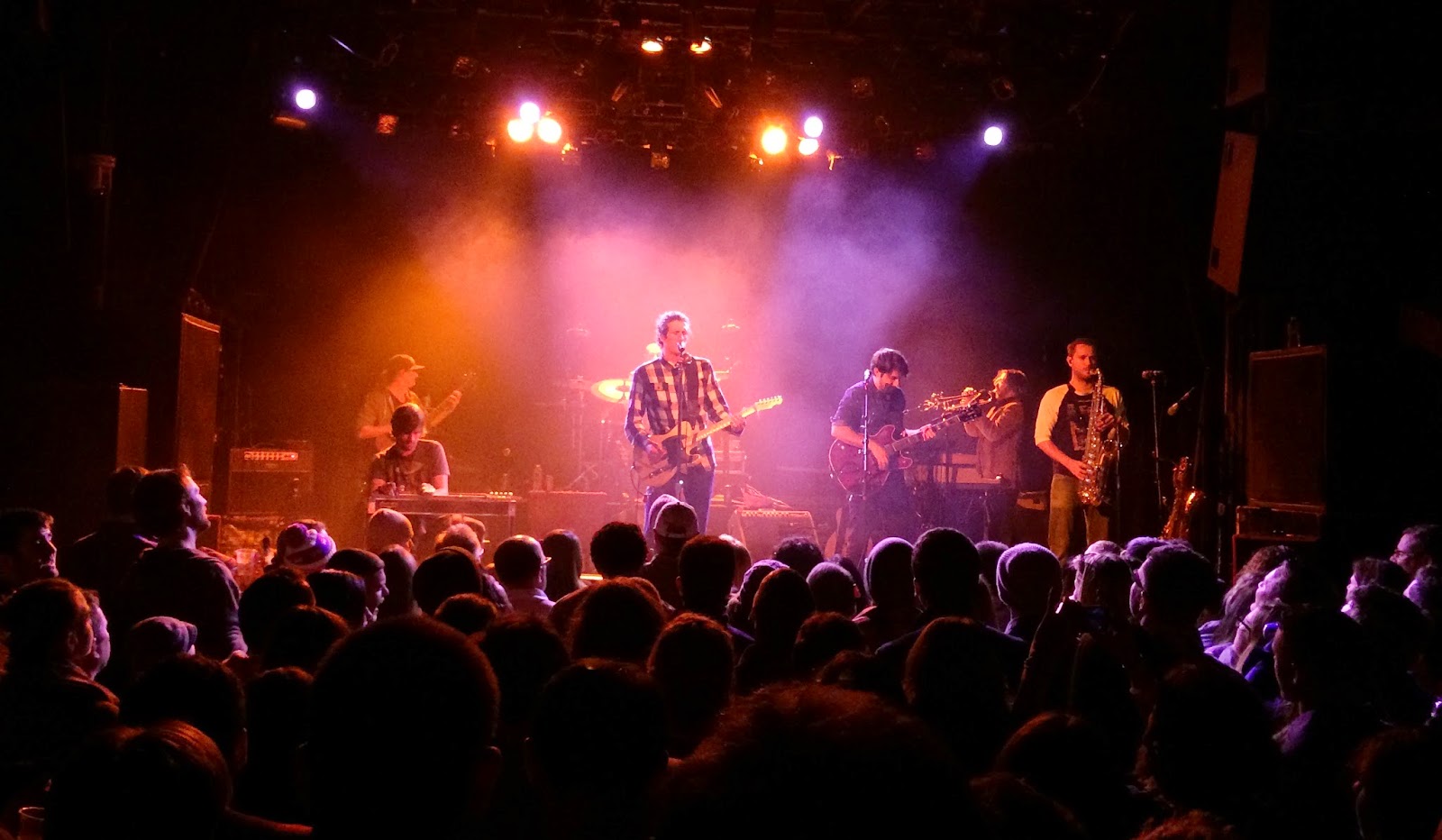 The New Orleans band was keen on inserting fresh songs into the mix, from the gentle finger-tapped melody of "It Was a Sin" to the soul-drenched "Fade Away."  But none of us knew just how new they would get.  After the encore break, Shaw and Giradot emerged for the debut of "Men Amongst Mountains."  Ed Williams joined midway through the heartfelt love song, laying down a solo on his pedal steel that would've made any '80s power ballad's ax-slinger jealous.  As the other bandmates returned to the stage, David quizzed the crowd, "New York City, are you ready to tear this place apart?"  Cheers from the crowd as Michael and Rob convened at the keys to start up the Who's "Baba O'Riley."  Guitarist Zack Feinberg and Williams did their best Pete Townshend windmills as every person in Irving Plaza came together to sing the chorus.  The room was all smiles at its conclusion, and the crowd craved another.  "One more song!" they demanded, the band still onstage.  A brief band meeting made the decision: "Forgot About Dre."  And while I would've preferred another Revivalists original, something along the lines of a "Bullet Proof Vest" or "BTBD," it was hard to deny the wave of excitement that surged through the crowd when Feinberg started playing those familiar staccato notes.

I drank beers with a few of the Revivalists in their van back in April.  You can listen to our conversation here:

ENCORE -
Men Amongst Mountains / Baba O'Riley / Forgot About Dre
at 1:28 AM