French rockers Phoenix played Terminal 5 last night.  Trying to remember particular bits of the concert is a little difficult, somewhat influenced by the assholes behind me, but more so by the blast of raucous energy that is a Phoenix show.  It's like attempting to recall a specific orgasm.  I had heard they were a good live band, but they were so much better than I could have imagined.  The performance was only 1 hour and 16 minutes, which would normally leave me feeling gypped by any other band.  This was not the case.  It was positively scary how good they were. 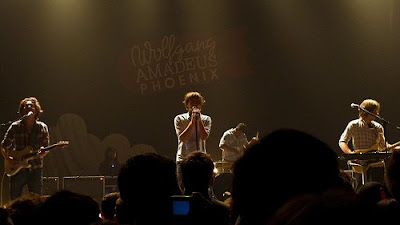 Every song was a sugary salvo of sonic perfection.  "Run Run Run" was a personal favorite, culminating in a hard rock double-guitar attack.  The whole experience was heightened by the epic lighting design. 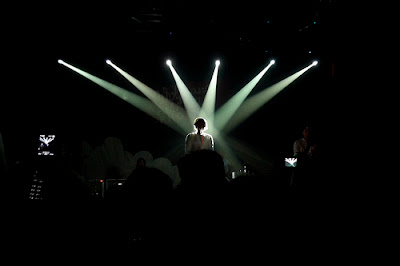 I still don't understand why some girl in the crowd kept holding up a Mexican flag, but oh well.  I will see Phoenix again, and hopefully they'll play "Second to None."