Last night, Grace Potter and the Nocturnals played their second show in a two-night stand at the Beacon Theatre.  While Friday night fans were treated to some older GP&N material, Saturday's show had the real goods, with a setlist including a Soundgarden cover and a surprise appearance by Warren Haynes.

I got to the Beacon about twenty minutes before the show to be there in time for opening act, the Stepkids.  I bought a limited edition show poster featuring a lion with only a skeleton for its rear half.  I didn't buy one of the limited edition cocktails, the Lion, or the Beat, because they were $15 each.  I found my prime seat in the left center of the orchestra, and at 8:00 on the dot, the Stepkids took the stage.

I'd seen the Connecticut threesome (foursome if you include projectionist David Pond) open for Mayer Hawthorne this year, and while I don't know that I'd ever listen to their music on my iPod, their stage show is so mesmerizing, they could open any concert I go to and I wouldn't be upset.  The Stepkids are all white guys, dressed in all white clothes, playing all white instruments, in front of an all white backdrop.  But that whiteness only lasts that initial second because as soon as they start playing, Pond begins splashing colors onto the canvas.  Neon yellow drips down purpley pink, blue intersecting lines bump to the beat.  For the Prince-inspired "Sweet Salvation," blobs of primary colors encircled the band members, expanding and retracting with the bassline.  The Stepkids played psychedelic tunes with a hint of funk, and yet when I saw them in April, even though they performed mainly the same songs, I classified them as funk with psychedelic leanings.  Which means they tailor their sound to who they're opening for (funkier for Hawthorne, more psych for Grace), which is pretty awesome.  "Yeah, we're feeling it tonight. We really are," admitted guitarist Jeff Gitelman.  Unfortunately, they only had time to feel it for five songs, just under a half an hour. 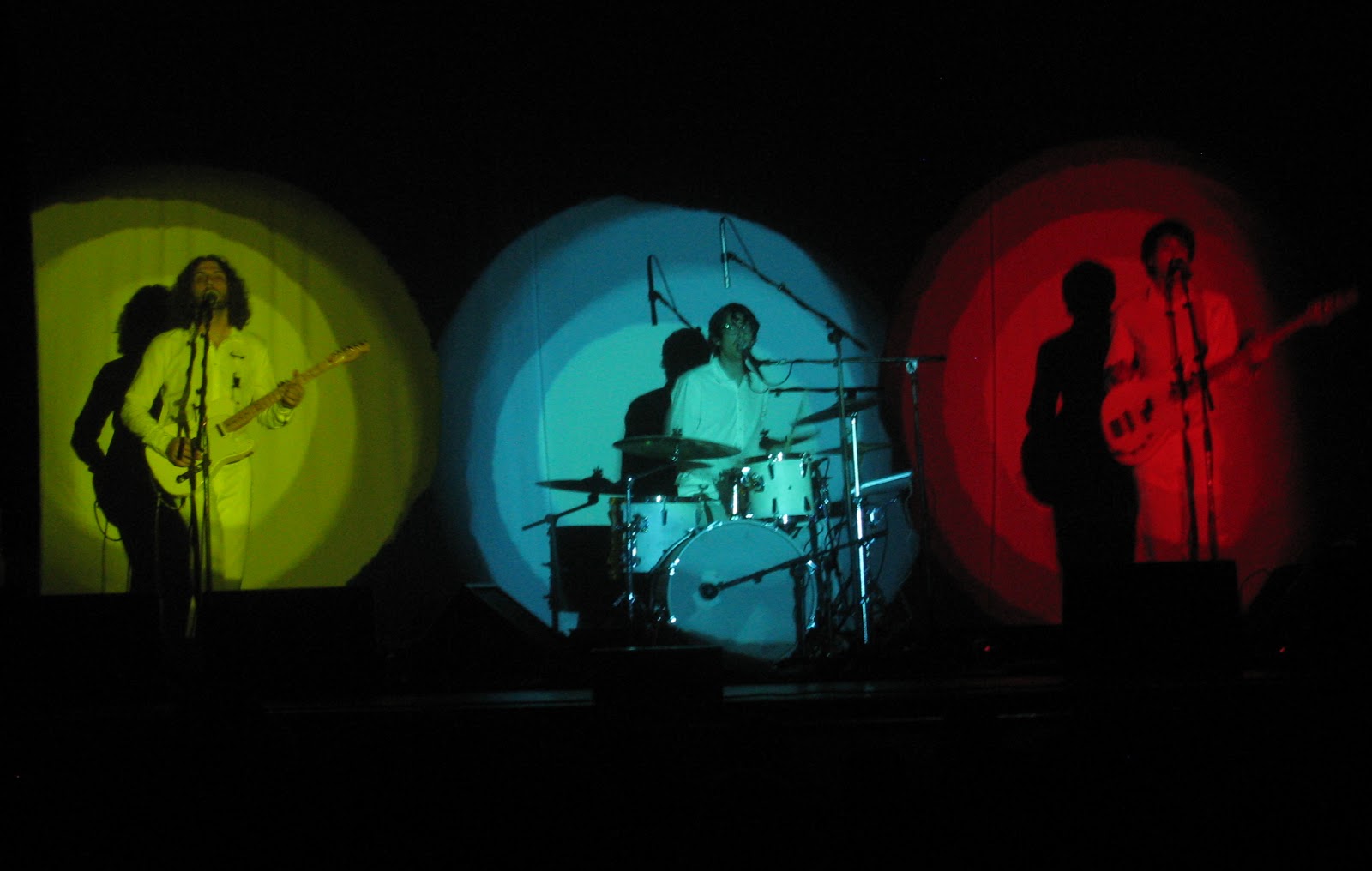 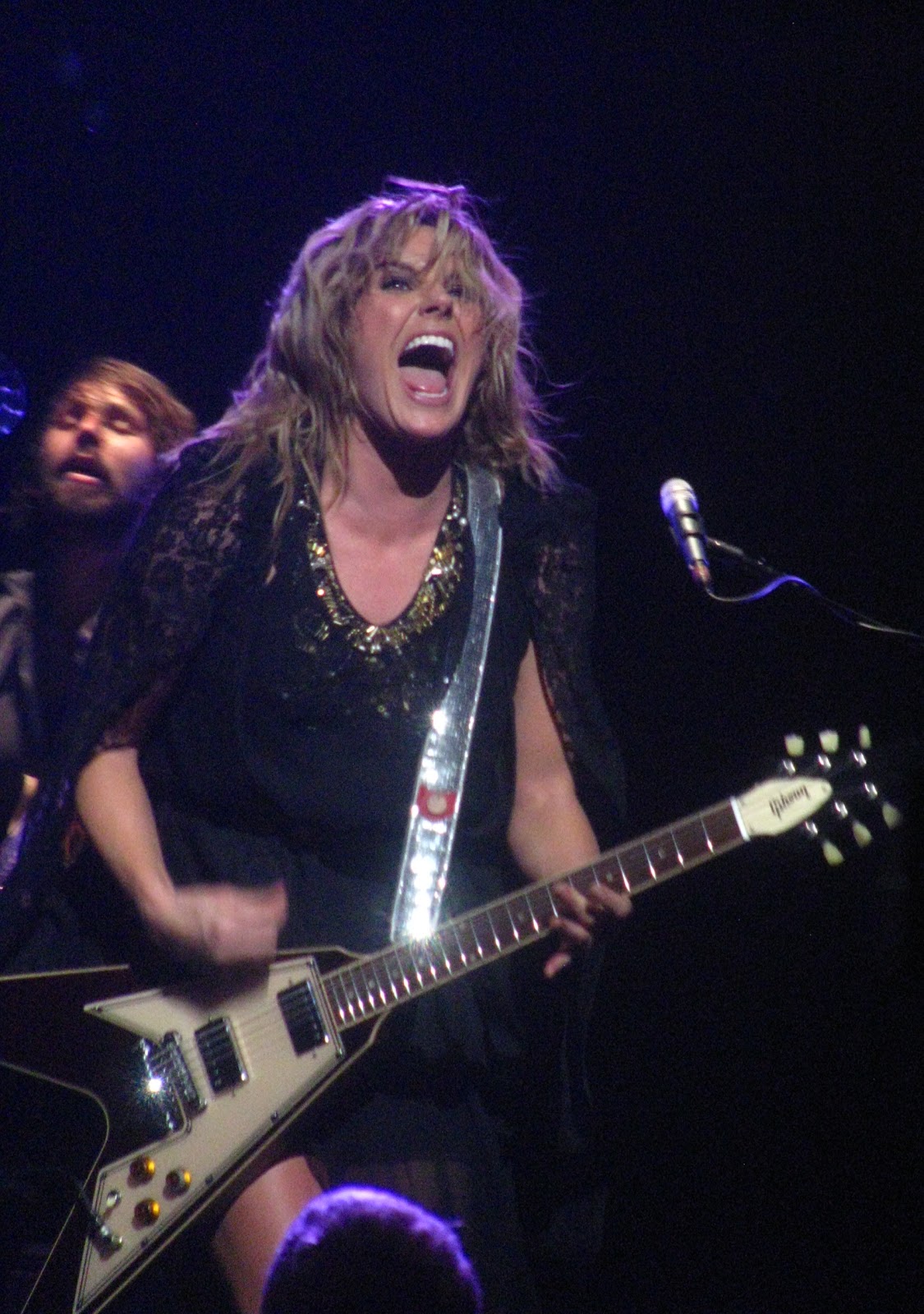 With the roar of the MGM lion, followed by the 20th Century Fox theme, the Nocturnals emerged from the wings to rev things up right away with "Medicine."  Usually performed late in the set, the uptempo song lifted the crowd from their seats, and we'd remain standing for the rest of the show.  Draped in black, Potter danced around like she was in an Olympic swimming medley, windmilling her arms in the butterfly and doing an insane variation of the breaststroke.  And this is why we love Grace Potter.  'Cause she doesn't care about looking cool when she dances so crazily, and that's exactly why she's cool.  She's such a magnetic force onstage, it's hard to look away.  I barely caught Matt Burr playing his cymbals with a maraca, and I only noticed lefty Michael Libramento plucks his bass upside-down because Grace happened to be near him during a song.  Introducing "Joey," Grace explained her affinity for NYC: "You got a whole lotta bad boys.  I always seem to get into trouble whenever I come to New York City." (Check out my review of Grace's private Irving Plaza gig in June.)

It was in "Oasis" where I realized how great the sound was.  Grace's tambourine hits shimmered, and the dual-guitars of Benny Yurco and Scott Tournet sliced cleanly through the space.  My only minimal complaint would be that Grace's organ could've been a hair louder.  Potter took center stage with an acoustic guitar to play "Falling or Flying," a song that has brought her peace in the past, and that she hoped would comfort those affected by "that motherfuckin' hurricane."  "I heard somebody call her Slutty Sandy.  I like that.  What a whore," she remarked.  Some members of the crowd decided this slow number would be a great time to yell out their approval, which was annoying, especially when a few bars of Neil Young's "Cortez the Killer" elicited a cheer loud enough to obscure the tease almost completely.

Grace and the guys dug into the crypt to revive slinky oldie "Treat Me Right," and followed it with the piano-based "Tiny Light."  After crowd-favorite "Stop the Bus," Potter and crew unleashed "The Lion the Beast the Beat" where it had traded places with "Medicine."  One of the ballsiest rocking songs ever sung by a woman, "Paris," had the whole theatre "ooh la la-ing" as Grace cranked out the chords on her Flying V.  "One more song?" Grace asked at its conclusion.  Cheers from the floor and both balconies.  "Una más," she confirmed, and welcomed guest star, Warren Haynes.  Though the Beacon is pretty much Warren's second home (Gov't Mule is playing there on NYE by the way.), it was still a nice surprise when they launched into a screeching cover of "Gimme Shelter," with Warren taking the second verse.  Grace, Nocturnals, and Warren placed their arms over each other's shoulders and took a bow.

The night could've ended there and satisfied everyone, but the Nocturnals still had more to give.  Taking a two-minute break, they returned to the stage for the soaring ballad, "Stars."  And then, surprising everyone, kept the interstellar theme going with Soundgarden's "Black Hole Sun."  Grace announced, "This is the real last song," and strapped on her guitar for a solitary slide-necked "Nothing But the Water (I)," as she did at Farm Aid.  The Nocturnals joined in for part two, and everyone in the band ended up drumming together on Burr's kit.  "New York City, do we need to break it down?" quizzed Potter, who removed her shoes and did a rain dance before finishing things up at her organ.  "Salud, New York," she toasted, swigging from her coffee mug before exiting the stage.

New piece of advice: Whenever Grace Potter says they've got one more song, she's lying. Because even after a 25-minute encore, Yurco returned to the stage with an acoustic 6-string and started the opening solo to Heart's "Crazy on You."  The rest of the band joined him, kicking in with the classic riff.  "Help me scream the roof off this place!" Potter urged.  And though the ornate ceiling will still be there for the Mule on New Year's, the cheers were deafening.  While I'm sure Friday night's show was excellent, realizing you've picked the right night in a run feels like winning the lottery. 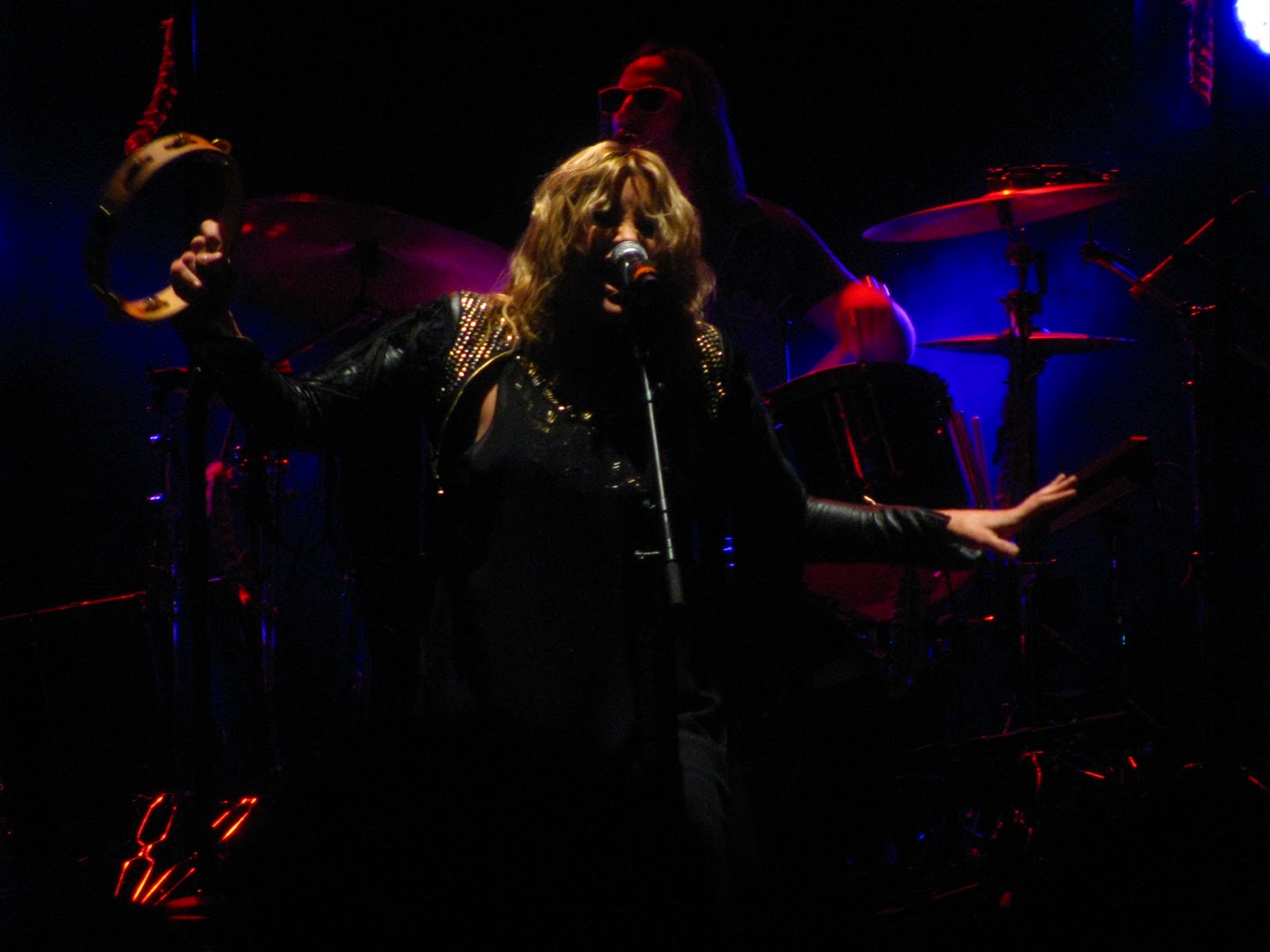