Last year saw the inaugural run of the Brooklyn Night Bazaar, a holiday pop-up festival in Williamsburg featuring food, music, and art.  Its latest incarnation, located at 165 Banker St, is no longer a seasonal event, but a permanent attraction.  Regrettably, it has become much more sterilized and streamlined, primarily focused on artisanal foods from the usual suspects like Arancini Brothers, Ample Hills, and Fatty Cakes, than arts & crafts.  One improvement from last year, however, is a dedicated concert area that has already seen a number of local and international acts. 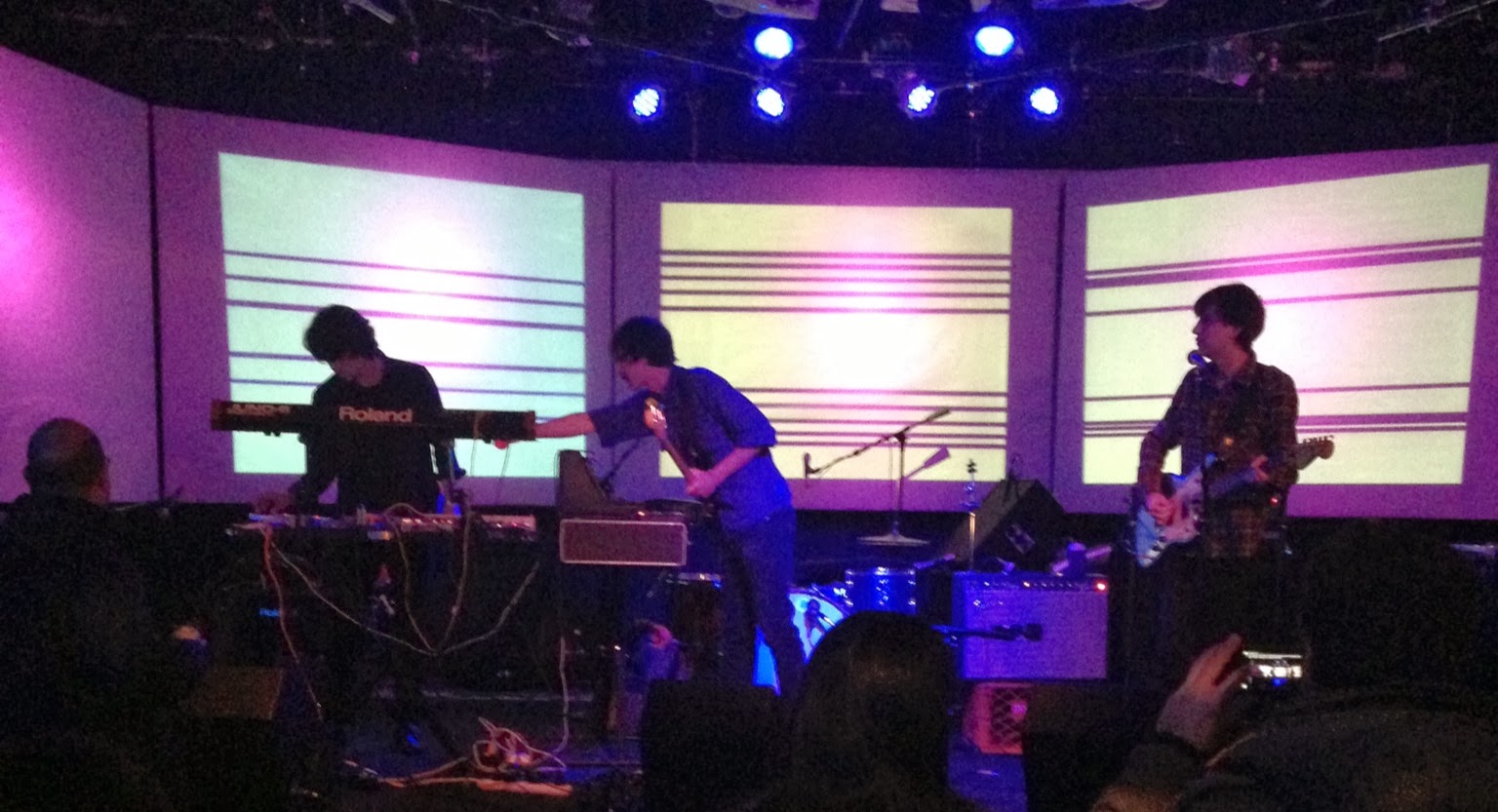 One such act was the London-based dream pop band, Splashh, who performed this past Friday and Saturday.  I went Friday night, and quickly realized that this wasn't the normal lineup I'd witnessed at Bowery Ballroom earlier this year.  With the rest of his bandmates still in the UK, lead singer/guitarist Sasha Carlson brought along two of his mates from Australia to assist on keys, bass, and programming.  As they dipped into "Lemonade" with help from a drum machine, it was apparent that this wasn't going to be the wall of guitars approach that has come to define Splashh's live show.  A crowd gathered by the picnic tables to watch, not yet ready to commit.  Complemented befittingly by a backdrop of animated spirals, "Headspins" followed, and Sasha's screams of "Yeah yeah yeah" sliced compellingly through the haze.  The tune assured the shy spectators that this was an act worth moving closer for.  "This song's a brand new one," echoed Carlson, the reverb effect still heavy on his microphone.  Built around an electronic loop, "646" culminated in repeated strains of Carlson crying the three digits of the title.  Screechy crackling from the programming console marred the beginning of "All I Wanna Do," but the issue was resolved by the song's middle.  "Sorry about that hectic feedback and shit," Sasha apologized.  They wrapped up the brief set with "Sandy's Dream," another dreamy noise-drenched track to add to the Splashh canon.

I spoke with Sasha before his Saturday Bazaar performance, where he shared the exciting news that the band's remaining members plan to join him next year in NYC to gig regularly and record their second record. The interview will be on The Next Round, so stay tuned.