Bowery Ballroom is the Last Stop on This Steel Train

Steel Train played their last foreseeable show at Bowery Ballroom last night to a sold-out crowd of passionate, if outspoken fans.  Lead singer/guitarist Jack Antonoff is also the guitarist for Fun, a side project that became much more when they hit number one with "We Are Young" and garnered six Grammy nominations.  With Fun's popularity on the rise, Steel Train booked the Bowery gig to give fans another chance to see them, sold it out in a matter of hours, and added a show at Maxwell's the day before.

I first heard of Steel Train when I was at NYU in 2004.  I was shooting a documentary on a dancer, and she recommended them to me as a jam band.  I downloaded some tracks, and even used their cover of "I Want You Back" in the video.  I had that covers EP, the For You My Dear EP, and their debut album Twilight Tales from the Prairies of the Sun, but I have to admit I lost touch with them after college.  When I heard that Jack was joining a band called Fun with Nate Ruess of the Format, I couldn't even fathom what that would sound like, imagining him to still be playing noodling riffs and Santana-inspired solos.  As it turns out, over the past few years, Steel Train had completely revamped their sound to power pop with a generous helping of "oh oh oh" choruses thrown in to get the crowd shouting along.  Antonoff all but abandoned his guitar virtuosity, and even changed his voice, pouring in a little whine. 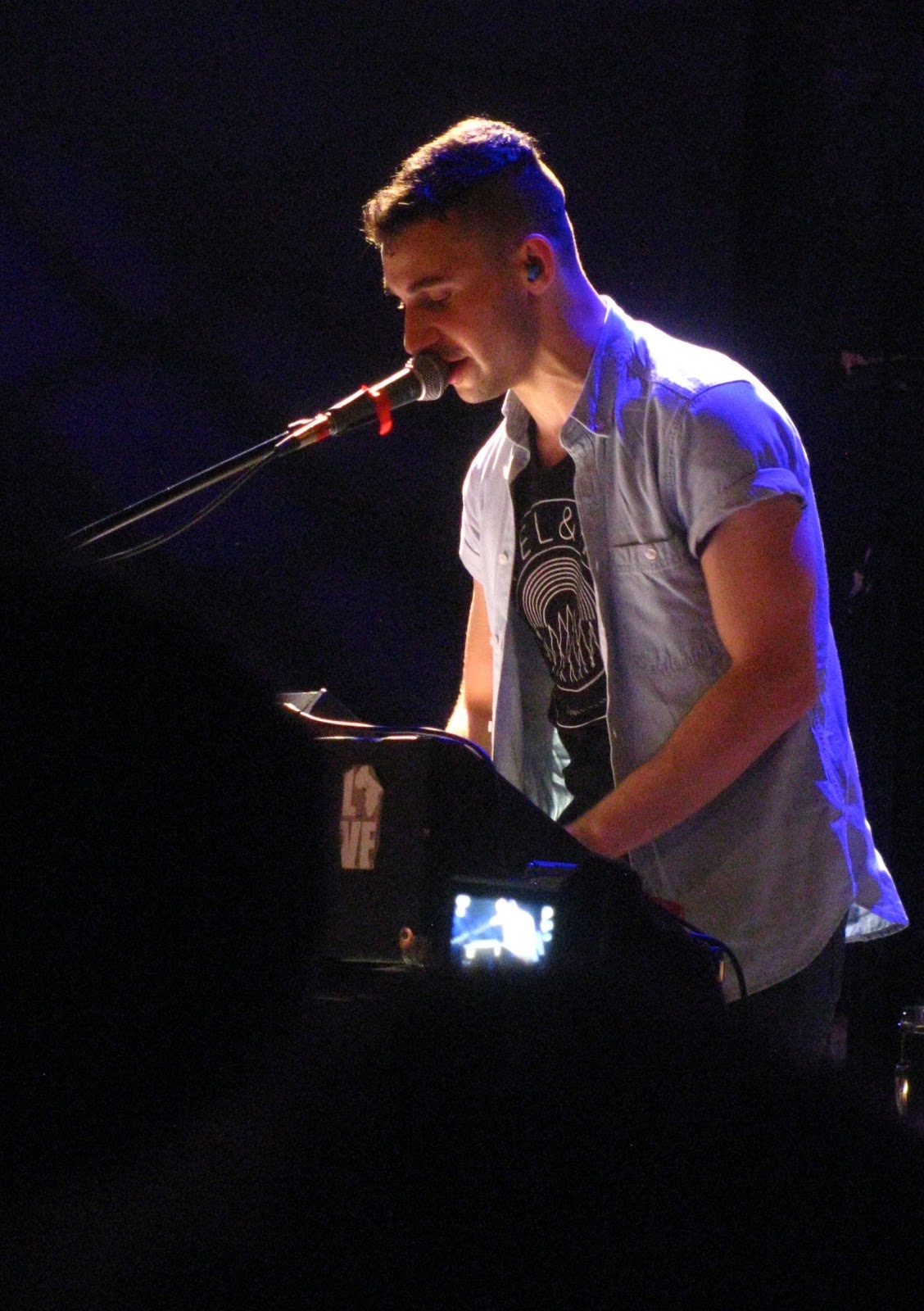 Jack and the boys kicked things off as they do on their most recent eponymous album, with the one-two punch of "Bullet" and "Turnpike Ghost."  After "Kill Monsters in the Rain" from 2007's Trampoline, some crowdmembers used the break to shout song titles and gibberish.  Antonoff tried to carry a conversation with them, but it proved pointless: "You know what?  Fuck it.  It's too early to speak to each other. We're called Steel Train. This is a song called 'You Are Dangerous.'"  Jack's sister, Rachel, provided additional vocals on "Dakota," which led into "A Magazine," where Jack traded places with keyboardist Justin Huey for the song's middle section.  He took his guitar back to repeatedly strum a chord while he talked to the audience.  After asking who was from NY and NJ, he questioned, "Did anyone fly in?"  There were a surprising number of jetsetters, and they began yelling.  "I assume you're shouting the names of where you're from. Once again, it sounds like nothing," remarked Jack.  Interrupted while attempting to introduce "Road Song," he stopped playing and asked, "Can you shut the fuck up for one second?"  The majority of the song was performed with all five members singing around one mic, as Jack accompanied on his red Gibson.  Unfortunately, I was flanked by people who insisted on singing along loudly, which kept this from being the highlight of the night.  Save that shit for your car. 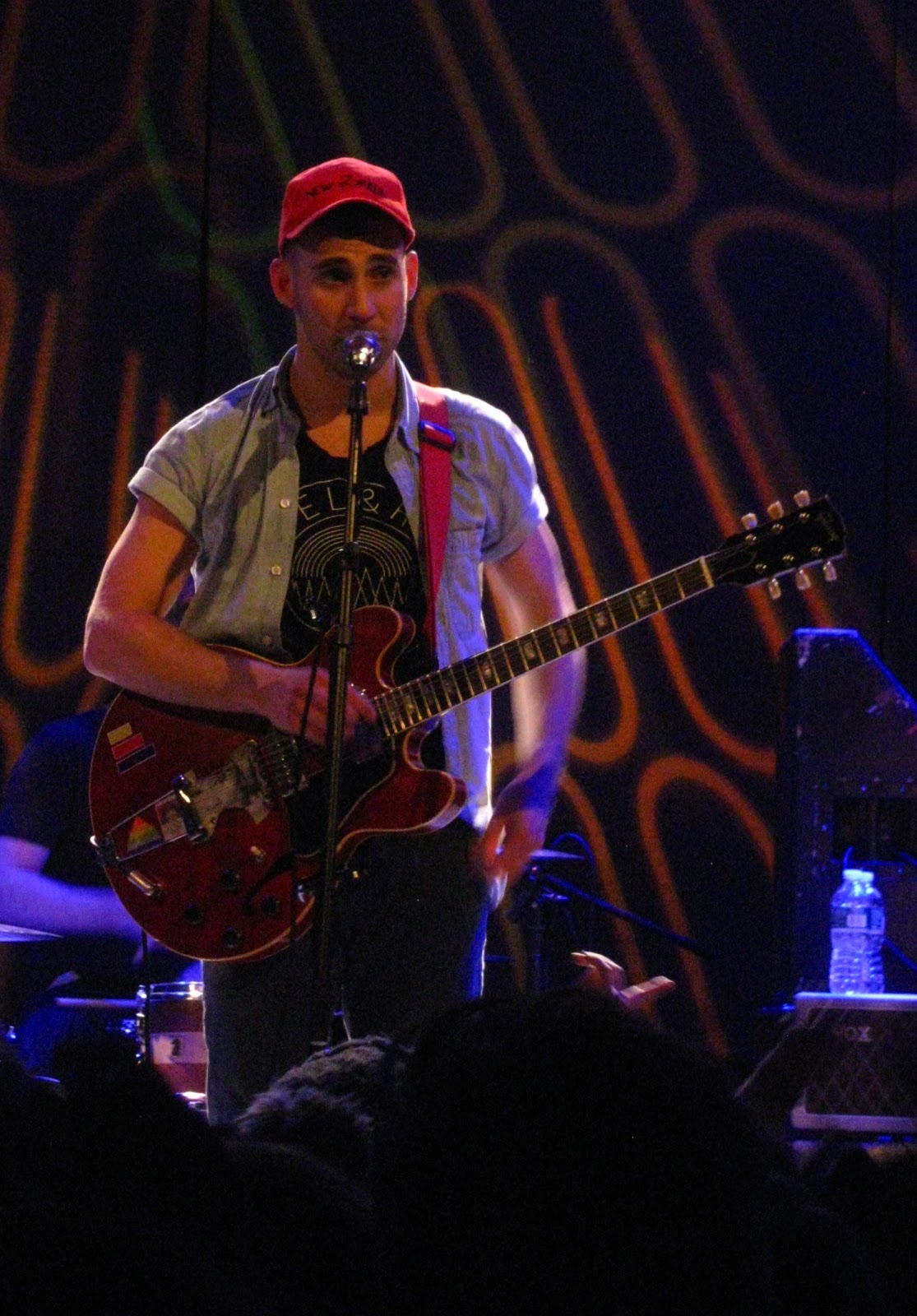 "Road Song" led into "I Feel Weird," followed by the jumpiest song about OCD ever, "Touch Me Bad."  All the '80s babies rocked out to "Children in the 90s" and then to a song before their time: a faithful rendition of Tom Petty's "American Girl."  "Firecracker" finished out the set, with Jack dictating the crowd's volume of the "no no no no no" singalong, and Jack's dad grabbing a six-string to play and sing backup.  Feedback from Jack's guitar carried over from the set to the encore, so there was never really a break when they gave the crowd a "Black Eye" that had the floor bouncing like a trampoline.  "S.O.G. Burning in Hell" wrapped things up, and despite all the barks from earlier, Jack deemed the crowd "the fucking best ever."

In addition to his OCD, it seems like Jack has developed a need to control a crowd, which was probably the reason why he shifted from folksy jam rock into power pop.  "Firecracker" was hardly the only tune where he motioned for the crowd to pick it up.  To this regard, I think Fun is the best thing for Jack.  Fun will no longer have trouble getting a crowd pumped.  That's not to say I want this to be Steel Train's last show, but I do think if they choose to continue, they need to work on making their songs sound a little different both from each other and other bands'.  Good luck, Jack, in whichever direction you go.  But please don't forget how good of a guitarist you are.