Last night at Madison Square Garden, Phish completed their 2012 New Year's run, ringing in 2013 with a show low on sonic exploration, but high on joy.  Upon my arrival, the stage was now blanketed with AstroTurf, accented by small trees and shrubs like the sidewalks of the Flower District a few blocks south.  While it was a sight to behold from section 116, I can imagine phans who had to look through fucking tree branches for the entire show were peeved.


When they came back, they started "Driver" and Trey flubbed it in the first few bars.  "Thank you.  Thank you.  Thank you.  We wrote that song," he said with a laugh.  Fumbling a second time, he chuckled, and admitted, "Got it."  After "Driver," a roadie brought Page a wardrobe change of a cap and jacket.  McConnell walked out from behind his piano and said, "Happy New Year, everybody.  Whoa, how about that, huh?  We hope everybody has a wonderful 2013.  Is that where we're at?  We are about to begin the 30th year of Phish."  Thunderous applause.  He added, genuinely, "My 50th year's about to start too."  Looking back at his bandmate, he remarked, "How about a hand for Fish?  He's been killing it tonight, huh?"  More applause.  And then... a cover of "Iron Man" with Page on vocals.  It was weird.  It was New Year's.  It was Phish. 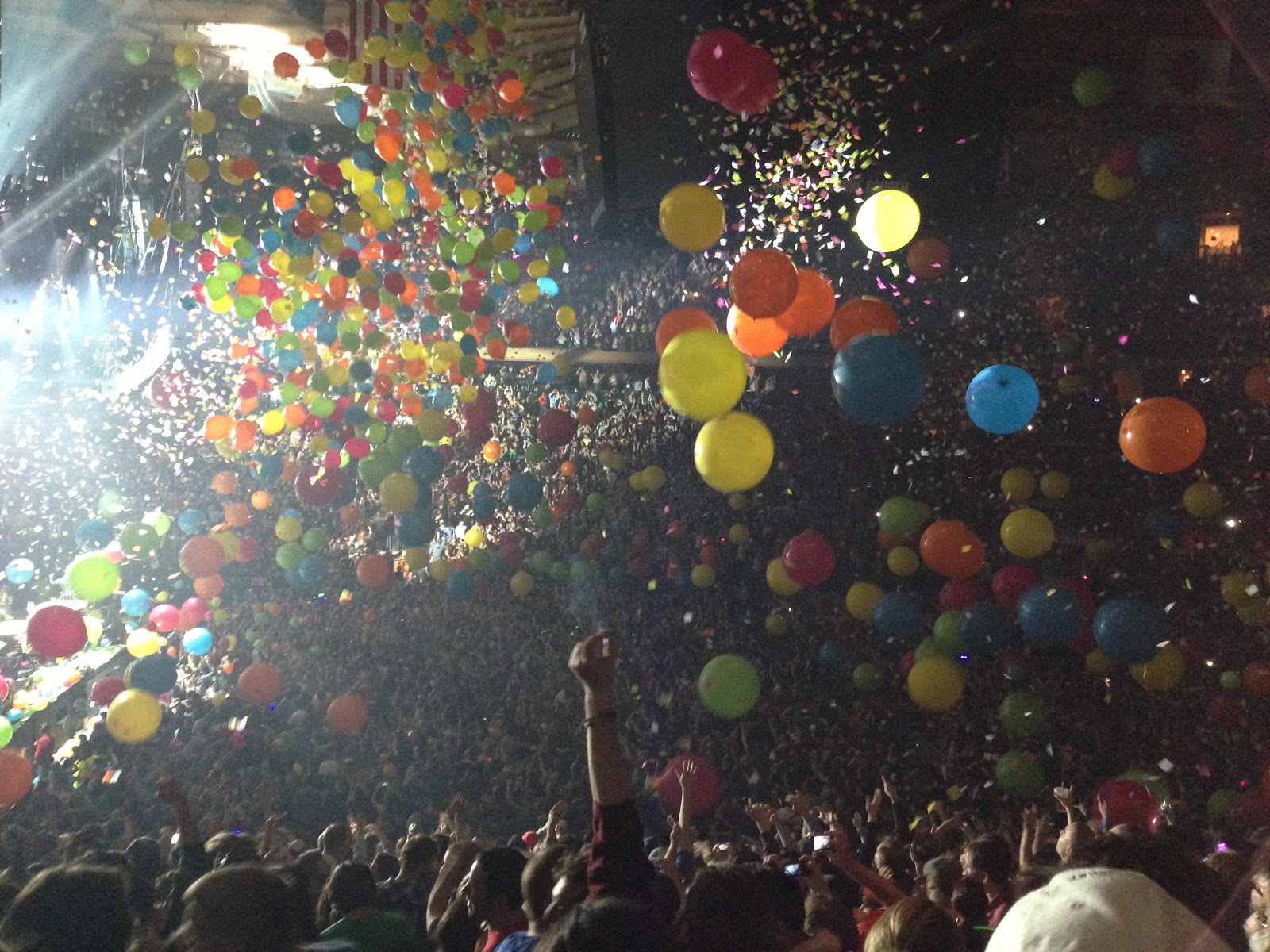