With temperatures in the teens, the Wailers stopped by Brooklyn Bowl on Thursday to heat things up by playing Survival in its entirety.  But like Snoop Dogg, Arrested Development, Band of Horses, and Deer Tick before them, they missed a song.  Even though the record was played in order, the Wailers neglected its fourth track, "Babylon System."  Survival is my favorite Bob Marley & the Wailers LP, so that was disappointing, but the show was redeemed by an encore that went over 20 minutes longer than the set.

We arrived just in time for the opening act, the Flatbush-based Top Shotta Band featuring Screechy Dan on vocals.  His voice was similar to Half Pint's, and the four-piece horn section were dressed in suits and driving caps, looking like former members of a failed third-wave ska band.  Surely enough, online research confirmed the trumpet player and bandleader as DJ Mush 1 of the Slackers.  They were a decent appetizer, with highlights being "Million Tons of Music" despite a sloppy trumpet solo, and the tune that followed.  The set was probably one song too long, however, with Screechy Dan's out-of-tune warbling during closer "There's a Moon Out Tonight" identifying the source of the adjective in his moniker.

The Wailers started things off around 9:35 with an instrumental intro before getting into Survival with "So Much Trouble in the World."  After the live brass of Top Shotta, it was a little sad to see no horns onstage.  Thankfully, to compensate on keys was Keith Sterling of Peter Tosh's Word, Sound, & Power.  Aston "Family Man" Barrett is the only original Wailer still in the band, and was honored last year with Bass Player magazine's Lifetime Achievement Award.  Barrett is not a flashy player, but an excellent composer.  The bass is the backbone of the songs, so he performed the tunes without much deviation from the originals, and the band took his lead.  This is understandable because they are in fact, the Wailers' songs, but without Peter, Bunny, or Bob, the current lineup seems more like a really solid cover band. 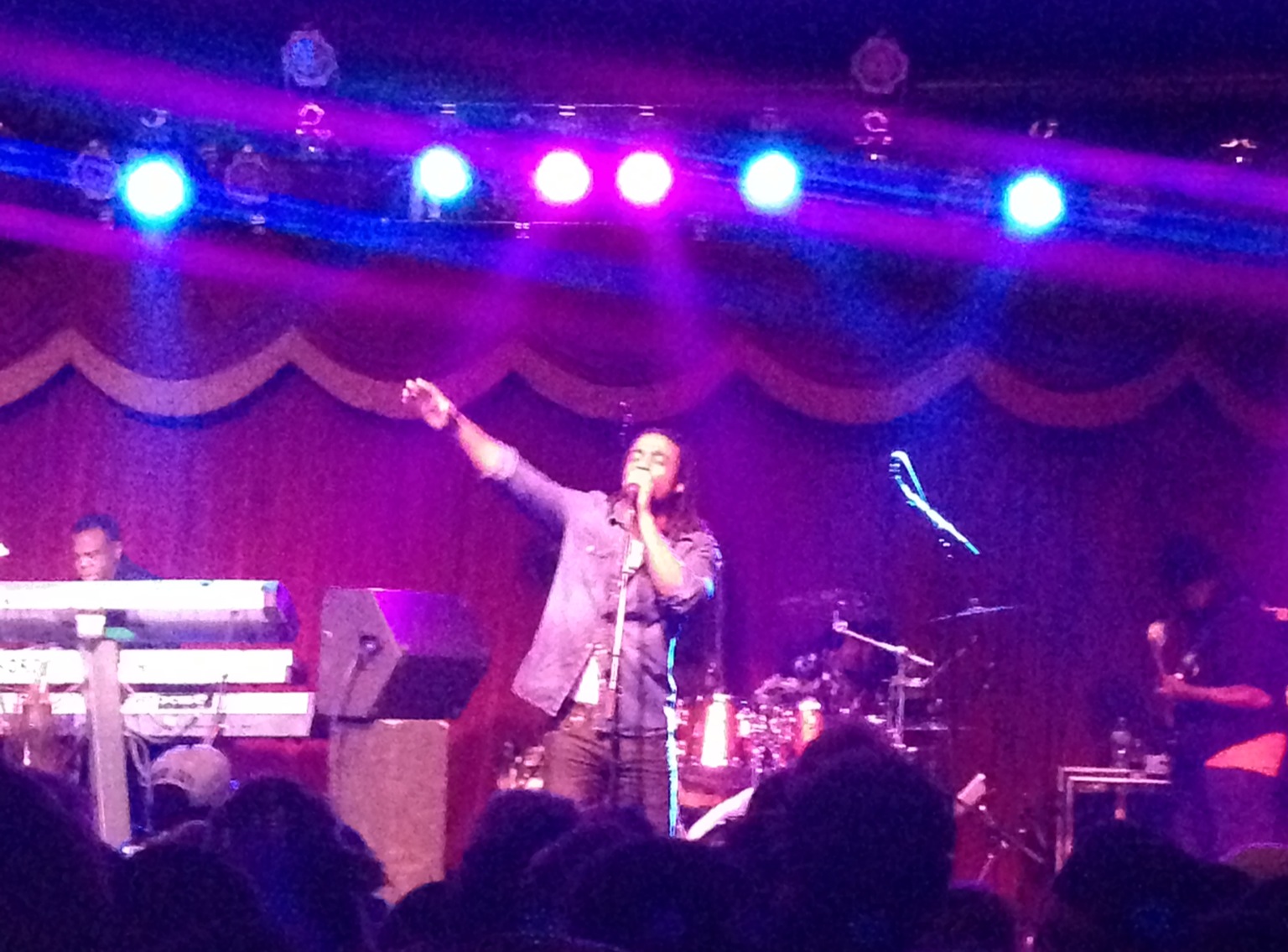 I don't envy lead singer Danglin, who has the biggest shoes to fill.  He has a good voice, but it's not Marley's.  That wasn't necessarily to be expected though, considering the only people I've heard capable of approximating it are Bob's sons, Ziggy and Stephen, and strangely enough, Xavier Rudd.  More than the vocals though, is the task of substituting for perhaps the most electrifying frontman of all time.  He had the hopping from foot to foot down, and he at least had dreads, but just inserting "Brooklyn" into the lyrics didn't cut it.

The highlights were the unexpected moments: the live fade out in "Ride Natty Ride" or the addition of a new keyboard sound in "Ambush in the Night."  At the completion of "Wake Up & Live," Danglin incorrectly announced, "Everybody, that was the Survival album in its entirety."  Just 44 minutes after taking the stage, they retreated up the staircase to the right.  The show was billed as "Playing Survival and More," so we clapped until we got more.

Danglin and guitarist Audley Chisholm returned to the stage first.  Leading the encore off with "Redemption Song."  How predictable, right?  Wrong.  They started with a bit of "Time Will Tell" first, and that's how the encore went: I'd think they were on the last song, and then they'd pull another tune out.  Damn, Bob Marley had some great songs.  The hits kept coming, and you could tell the band was having more fun outside the constraints of an album.  Danglin took some liberties with the lyrics on "Stir It Up," drawing attention to all the ladies in the crowd, and having them sing back to him, even the girl behind me who quite possibly had the worst singing voice ever.  Chisholm played a stylish solo in "Jamming," and we all waved our hands from side to side for "Three Little Birds," and did the same with one finger for "One Love."  As Family Man removed his bass from his neck, I figured that was the end of the show.  But he was just swapping it with his son to take the reins at the organ for "Exodus."  As the band jammed along, Danglin started a chant of "Party on!" which was cheesy, but was absolved when it led into "Punky Reggae Party" and back into "Exodus."  Oddly enough, it was this medley, the only one Barrett didn't play bass on, that was my favorite performance of the night.

Within seconds of the show's end, the DJ at the back of the room started spinning.  It was none other than Biz Markie, selecting singles like "Pass the Dutchie," "Fly Like an Eagle," and what seemed a silly choice considering we'd just seen it performed live, "Three Little Birds."  I realized it was a masterstroke, however, when I entered the restroom to hear every person in the line of urinals singing along.  Damn, Bob Marley had some great songs.

There's no denying album shows are in vogue in the live music world.  They're a way to sell tickets to a fan base content to stay at home and listen to their mp3s, where they can always count on hearing their favorite song.  What I like about them is the enforcement of the idea as an album as a collective piece of art.  There are two downsides to this format of show, however:
1. When a song is accidentally or intentionally left out, it embraces the iPod shuffle/Pandora/ADD culture we subsist in, leaving us to wonder, "Why did that song not make the cut?"  Even if you go to a concert for the guarantee of hearing that song, there is no guarantee.  When something is advertised as one thing and you get another, there is an inherent disappointment.
2. The element of surprise is lost.  We know what's coming next, so we can only get that excited about it.  How great is it when you're at a show and you're wondering what they'll play, and then they spring your favorite tune on you?  To counter this, some bands are performing full albums, but folding them into their sets like Dave Matthews Band or Jimmie's Chicken Shack, with mixed results.