I became an instant fan of Rayland Baxter when I saw him open for Donavon Frankenreiter at Brooklyn Bowl last July.  Fast-forward almost a year (after he's put out one of the best records of 2012 and dropped one of my favorite Daytrotter sessions) to when I noticed his face on a poster on the wall during the Spin Doctors' album release party. I immediately went to the box office to buy a ticket. 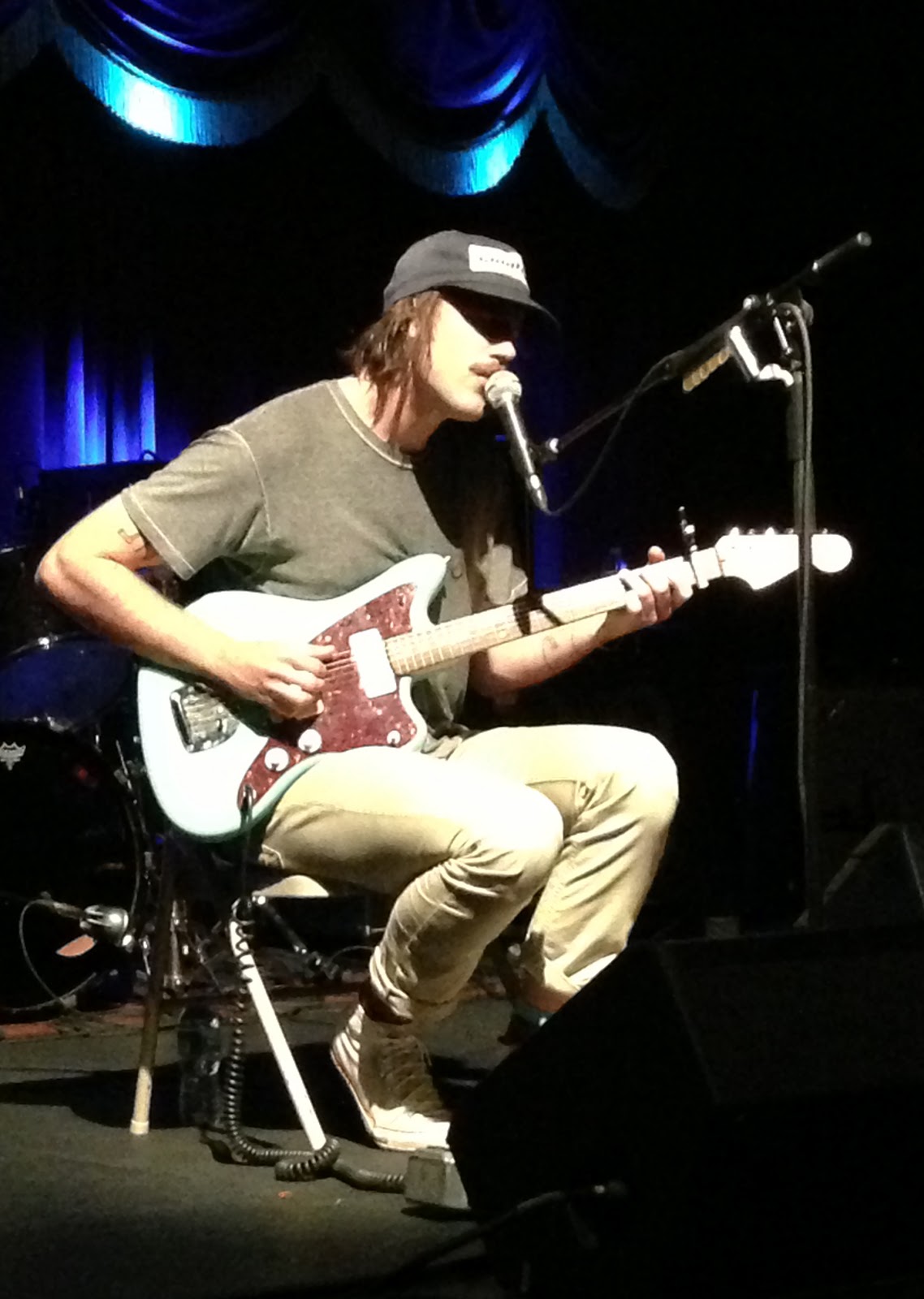 "I can see the weird juxtaposition of the next hour.  There's gonna be a lot of shit going on over there," Baxter said, motioning to the rowdy bowlers, "compared this calm bit of music we've got over here.  I'll try to concentrate."  Accompanied by Scott Tournet's guitarist, Lowell Thompson, Rayland made it through folk-country ditties "Birdy Blue" and "Willy's Song" without interruption.  One gratified yelp from the lanes during "Dreamin," however, was too much for him to dismiss, and he laughed into the mic as he continued with the tune. "Either they got a strike or they sure liked the middle of that song," he said afterwards.  "Or a turkey," offered Lowell.  "What's a turkey?  Two in a row?" Rayland asked the crowd.  "Three!" I yelled.  "What's four?"  A shout from the audience.  "Snowman?" Rayland said in disbelief.  "Four-bagger!" enunciated the crowdmember.  "I thought you said snow tiger." This unassuming nature is key to Rayland's persona.  While he may look like a mustachioed hipster in his Good Year cap and sea green and ruby socks that match his guitar, it's not an ironic statement.  It's his life.  He lives in a small house in Nashville that he shares with five people and a menagerie that includes four chickens.  It may be crowded inside, but that's okay because Rayland sleeps on the porch.  He played his entire set seated in a metal folding chair.  Halfway through "Take Me to the Tower," he stopped to adjust a piece of paper at his feet.  "This is a new song. I don't know all the words by heart yet," he admitted.  If a hipster said that, you'd hate him, but it just made Rayland more enduring.  He whistled the end of the tune, which would suggest it was unfinished, but he's so astonishingly precise with his whistling, that if you heard it again without it, you'd be disappointed.  My favorite performance came next on "Olivia."  "If I was a wealthy man, don't you know I would spend all my dimes on you?" he sang genuinely.  The fact that if he was rich, he'd still count his money in tenths of a dollar says something.  With lyrics so well-crafted, it'd be easy to sing them the same way every time and coast along on their worth, but it was obvious he was reliving the failed relationship with every phrase, lingering on certain words.  He closed out the set with two extended takes on "Brown Water" and "Bad Thing," backed by Tournet's band.  It's amazing how much drums can cover the sound of a bowling alley. 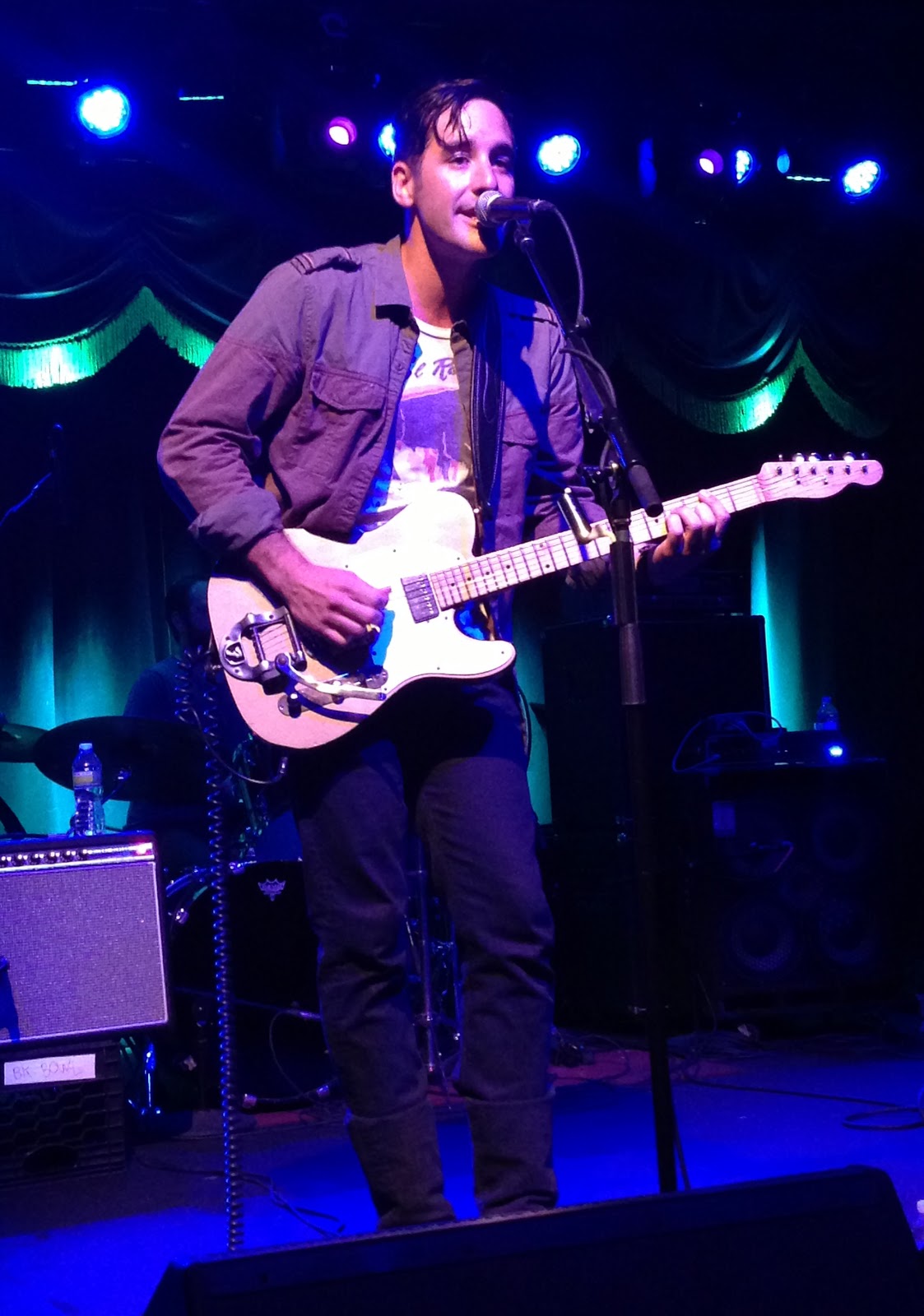 Scott Tournet is one of the guitarists in Grace Potter's band, the Nocturnals.  He just released his third solo album, Ver La Luz, this week, so his set leaned heavily on the new material.  The record is a subdued effort, full of gentle love songs that focus mainly on the lyrics instead of guitar virtuosity.  Which is a real shame because Scott's a great axeman and not an especially great singer.  He stayed in tune alright, but there was nothing really unique or impressive about his voice.  At least he was enthusiastic, singing every song with a huge grin on his face, happy to be performing.  And that's not to say he completely repressed his six-string chops either.  The band laid down a thick groove on "Stand by You," which he flirted on top of, and "Take You Down" featured some jammed-out rocking that had an extremely inebriated woman going nuts on the dancefloor.  "Who's bowling over 100?" he asked.  "Woo!" shrieked the drunk girl.  "You're not even bowling! You're dancing over 100; that's for sure," Scott laughed.  He finished the set with "I Ain't Changin'," a song he admitted didn't sound like the others.  It was a rip-roaring blues number that made me wish the others were more like it.  But it's almost unfair to compare his solo work to his day job with the Nocturnals because he's competing with my favorite frontperson ever.  In his licks, you can hear how indispensable he is to Grace Potter's sound.  Is it really his fault he doesn't have the same pipes or sex appeal? 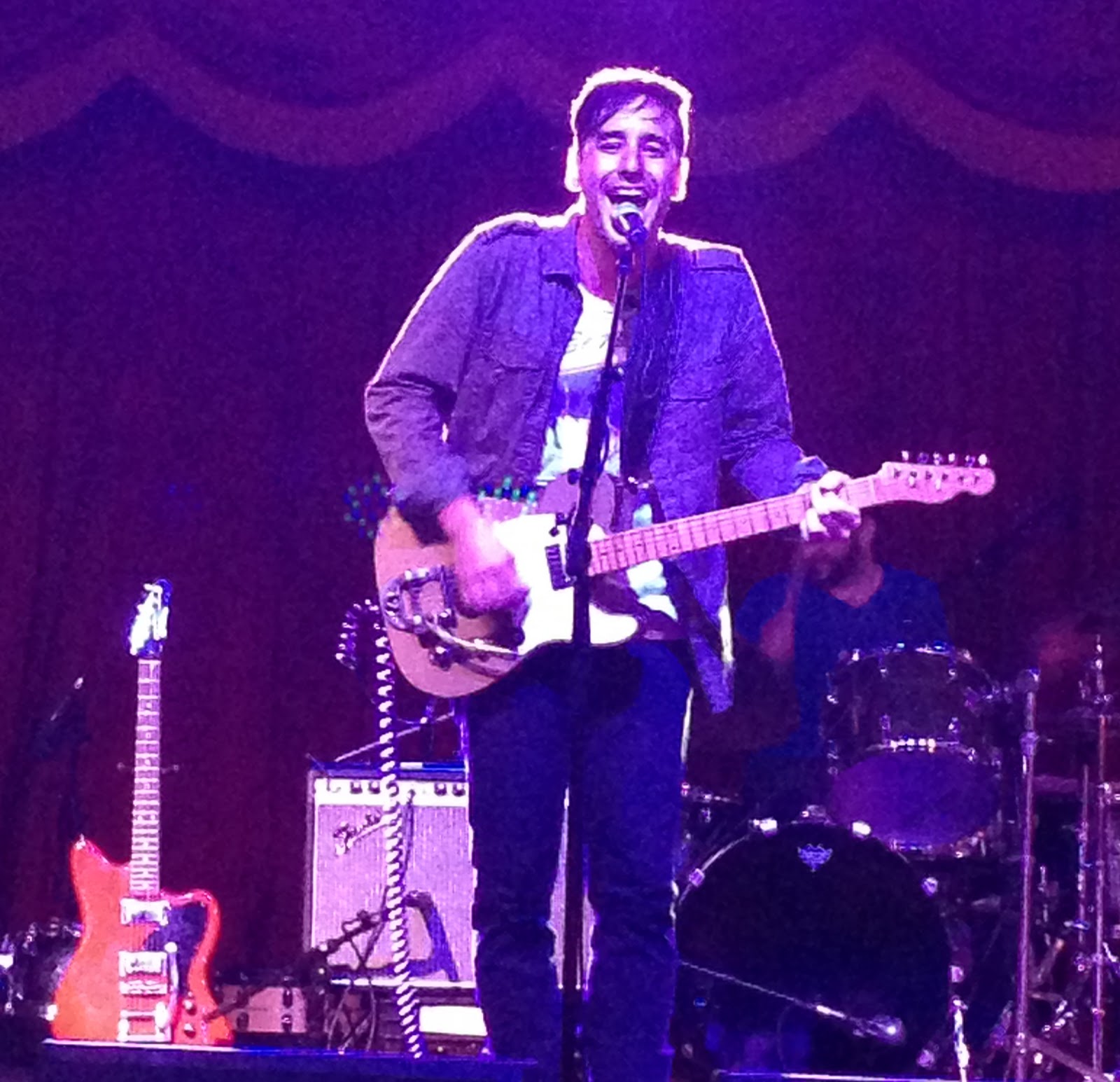