Bleu & Will Dailey Bring the PledgeMusic Tour to NYC

Crowdfunding may have seemed like a niche idea at first, but as time has passed, more and more artists are turning to sites like PledgeMusic, Kickstarter, and IndieGogo. Two Pledge musicians, Bleu and Will Dailey, have united for the first ever PledgeMusic Tour, which stopped at the Bowery Electric last night. 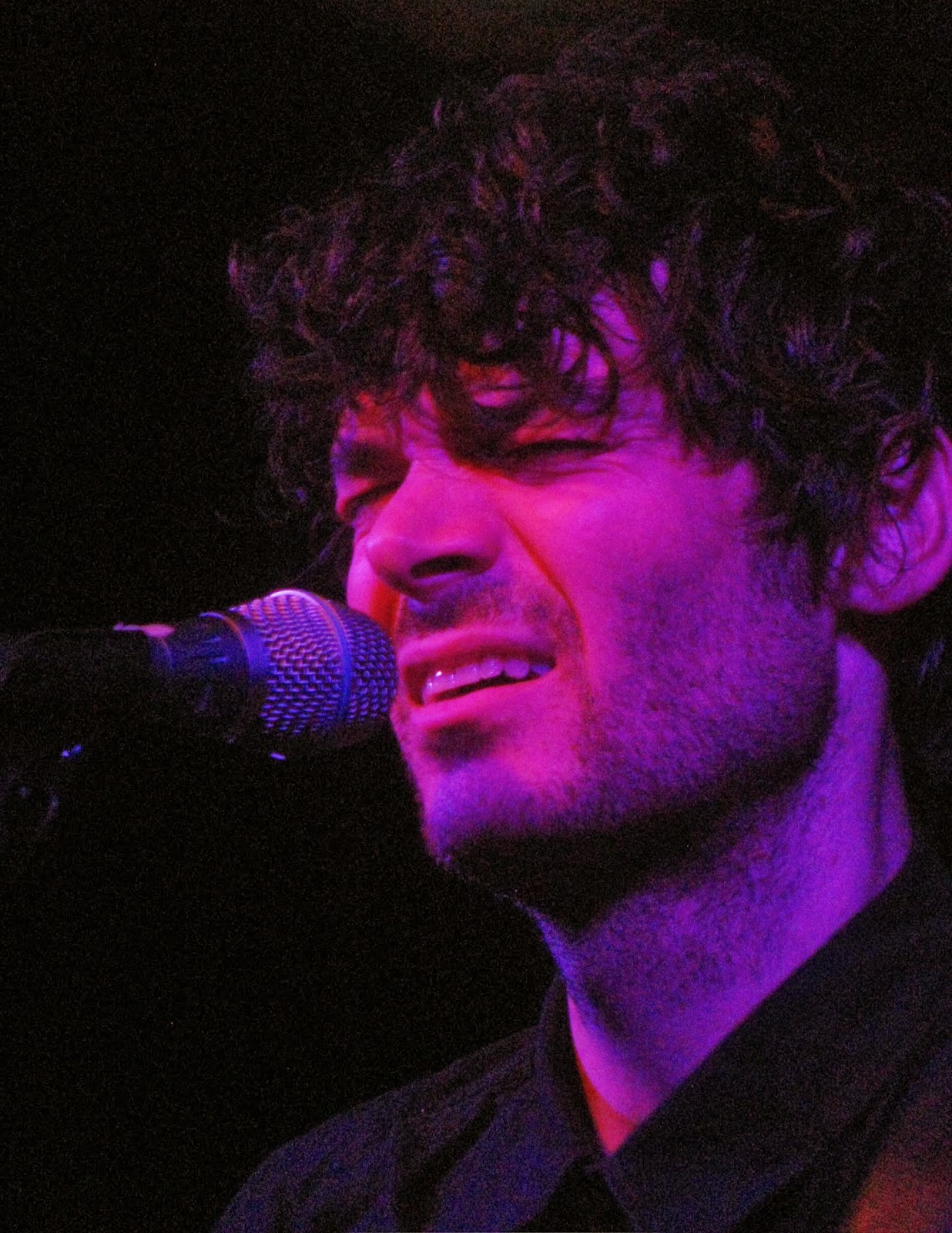 I'd never heard of Will Dailey before, so when he began with "Rescue," I assumed most of his songs would be straightforward pop/rock. As the set progressed, however, I was pleasantly surprised to find Dailey flirting with several genres. "Once in a Century Storm" saw him jazzily scatting as he strummed the neck of his guitar with his thumb, and "Sunken Ship" somehow evoked a nautical sound without getting kitschy. "Lookout Johnny" contrasted nicely with its charging drums and bass accented by crunchy guitar, while "Down the Drain" rested comfortably in alt-country. "You sound fucking great, man," offered a crowdmember. Dailey had nothing but good to say about releasing via Pledge, claiming, "It's the only way to do it."  I know I say this all the time, and you probably wouldn't be reading this if you didn't go to concerts, but you should really set aside time to go to a show, especially in an intimate room like Bowery Electric. Listening to mp3s on an iPod cannot compare to being that close to the musicians, so close that you could hear the squeaking of the hi-hat pedal as Dave Brophy kept time during "So Many Wrong Ways." Will took a minute to hawk his merch, including a USB bracelet that takes "a friend to get back on, so it brings people together." They wrapped things up with Arcade Fire's "Sprawl II," removing it from its wintry synth home and into the land of power trio rock. 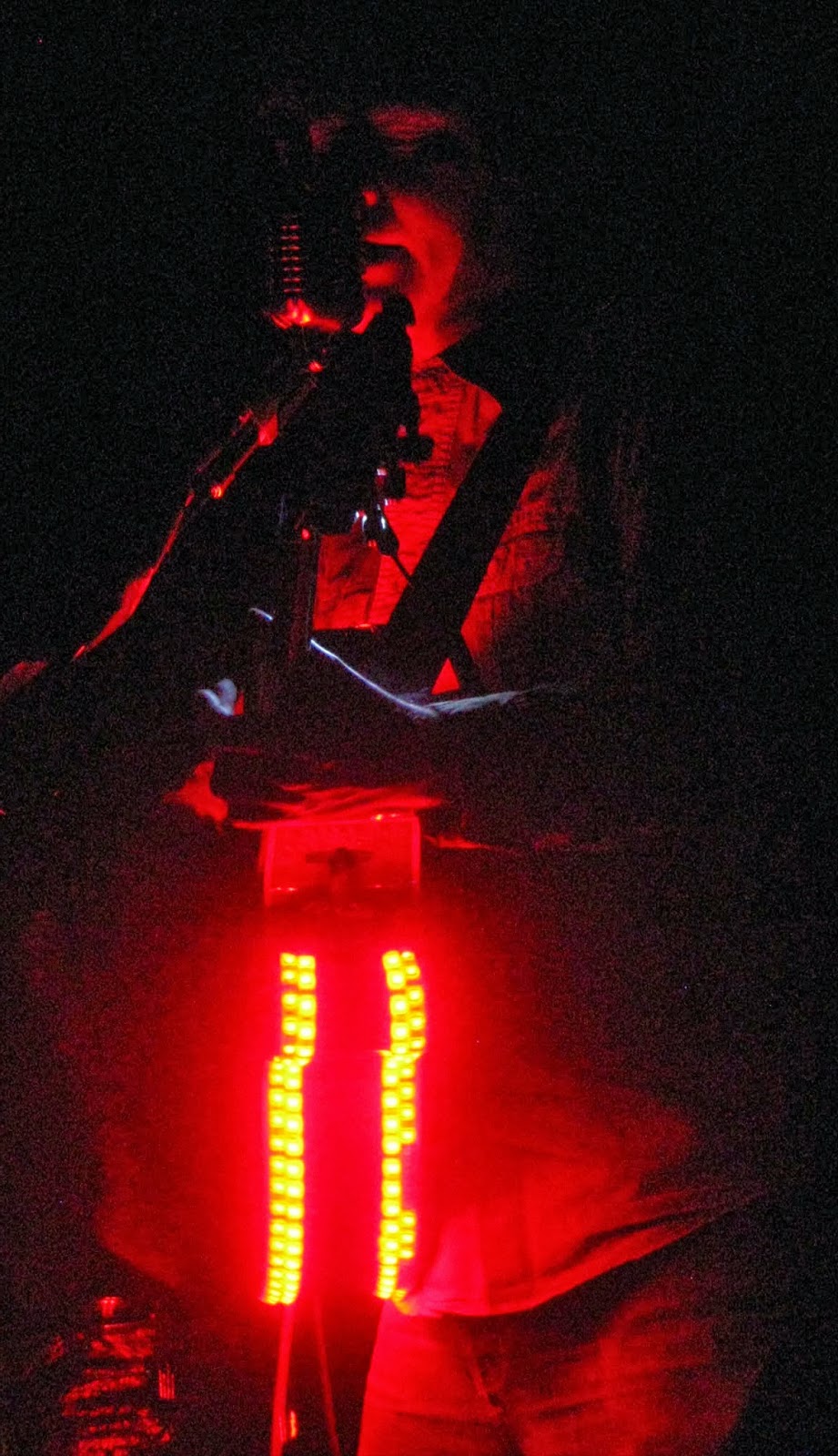 The room went completely dark, save for a tiny speck on Bleu's guitar strap, ominously lighting his face as he whistled and sang along to the loop of "Overture." When the wash of sound ceased, he stomped on a switch, instantly illuminating a string of red lights outlining his guitar's body. Backed by Max Toste on double bass, Joe Seiders on drums, and a series of electronic samples from his pedalboard, Bleu blasted into "To Hell with You," the title track from his new record.  At its end, he urged the applauding patrons on the upper level to fill in the floor area: "Two of you can stay up there. I'll let you decide as a group who gets to stay."  Several people descended, and now Bleu would have to justify relocating the majority of the crowd.  And he definitely did, channeling Jeff Lynne on "It's Not Over ('Til It's Over & Done)" and completely nailing the falsetto shriek of "We both know it's finished!"  Regarding PledgeMusic, Bleu echoed Dailey, admitting he "probably couldn't be an artist without them."  He followed "Dead in the Mornin'" with another Four track, "How Blue," interrupting one of the rests with a cough. "I've never had to cough that bad that I had to do it in the middle of a song," he shared when it was over. "It's probably cancer," he added with a whimsical shrug. "Do you want the vibey one or the one about what a selfish prick I am?" he polled the crowd. Affirming his suspicions, the selfish prick won out, and Toste switched to electric bass for "In My Own Little World."  Bleu's lyrics often come off as cynical or depressing, but the grin on his face during the song made it obvious why he sets his words to such winsome melodies.  He then invited Will Dailey to the stage for a sterling cover of Player's "Baby Come Back" that had everyone in the room smiling.  Dailey departed, Max left to get a whiskey, and Bleu handed his guitar to Joe while he used his iPhone to make strange blips and bloops on "Won't Make It Out Alive."  The diehards who "schtook" around were well-rewarded when Bleu closed with two tunes from his decade-old Redhead: "Somebody Else" and "Searchin' for the Satellites," recruiting the crowd for a singalong on the latter.

My interview with Bleu will be up on The Next Round in the upcoming month. In the meantime, make sure to check out this week's episode with Goldspot.