Having just released their new album, World Boogie is Coming, North Mississippi Allstars brought their boogie-infused blues to New York's Irving Plaza last night.  It was my first NMA show, and surely won't be my last.


"New York City, Irving Plaza, we meet again," announced opening act Lightnin' Malcolm with a grin.  Favoring cuts from his latest record, Rough Out There, Malcolm took his Telecaster on a ride through ten tunes accompanied by T-Model Ford's grandson, Stud, on drums.  It was Stud's first time in New York, if not evident from his T-shirt proclaiming "NEW YORK FUCKIN CITY" in big block letters.  Malcolm doesn't play with a pick, which frees up his thumb to pluck out the basslines on the lower strings while his fingers do the gritty picking.  Coming from the woods of Mississippi, Malcolm was able to say things like, "We'd love to try to sassify y'all if we can," without a hint of irony.  And while I think the duo would best be seen on a backwoods front porch or a Beale Street blues joint, they were still able to roust the NYC crowd, especially on an instrumental where Malcolm abandoned his stage-left post and rocked out center stage. 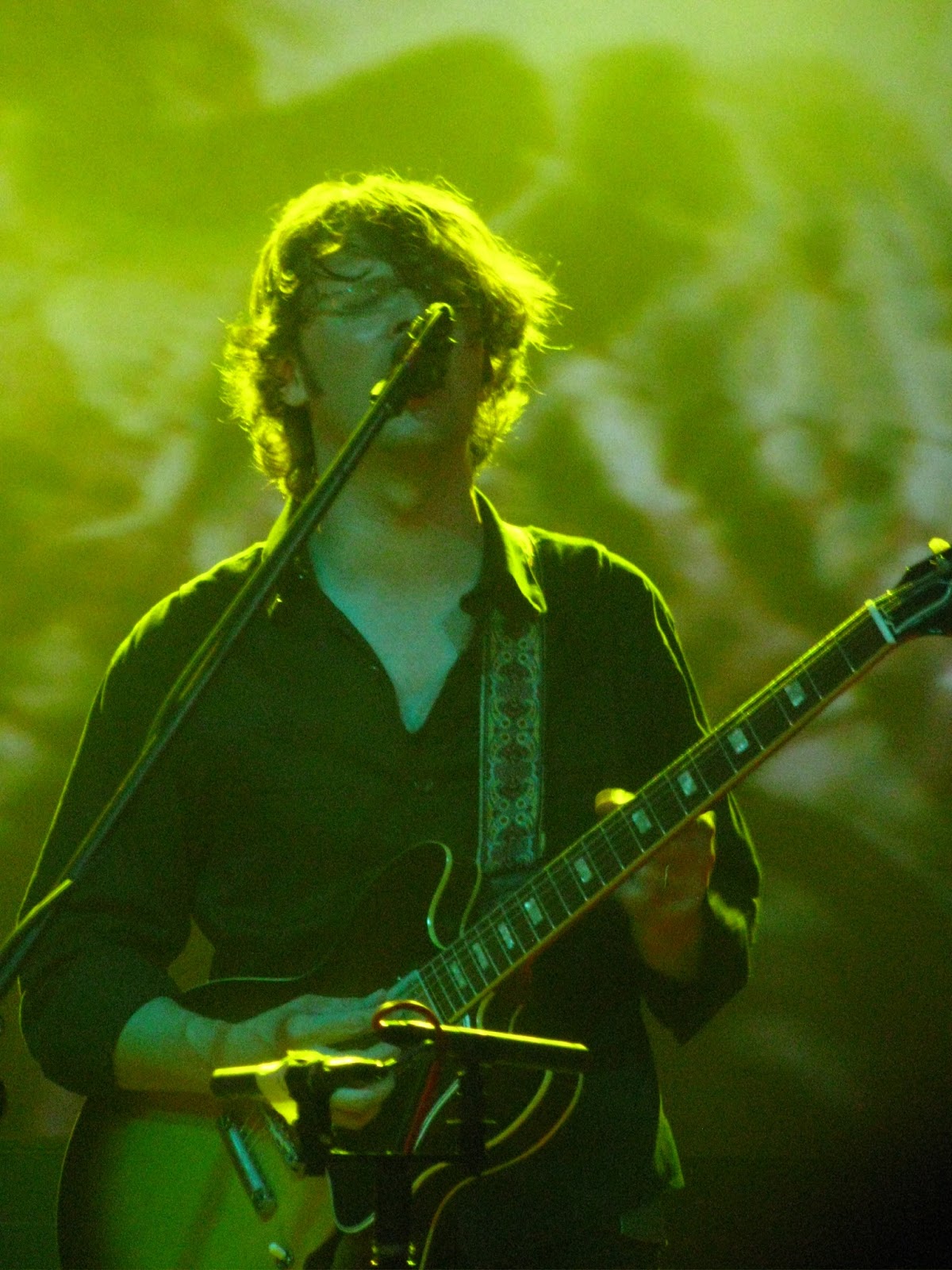 The Dickinson brothers began their set with the hip-shaking "Boogie," and were quickly joined by Stud on snare and Malcolm on bass.  The song segued into "Station Blues," establishing a pattern of World Boogie tunes interspersed with tracks from their debut, Shake Hands with Shorty.  Stud would sporadically return throughout the night, and Malcolm settled in as a permanent member.  For "Rollin 'n Tumblin," Luther picked up a two-string tin can guitar, which he both played and howled lyrics into.  That wasn't even the strangest sight on stage, as I looked over and noticed Cody donning black googles and a viking helmet as he pounded on his kit.  "Meet Me in the City" transitioned into "Shake (Yo Mama)," which had everyone in the crowd shaking what their mamas gave them, including some inebriated patrons near me whose mothers may have given too much.  Luther gave the song's final solo to Malcolm, who then took lead vocals on "Goat Meat."  Following one particular drum fill in the song, I spotted Luther and Cody sharing a laugh, the two brothers happily playing music together as a rhythm section. 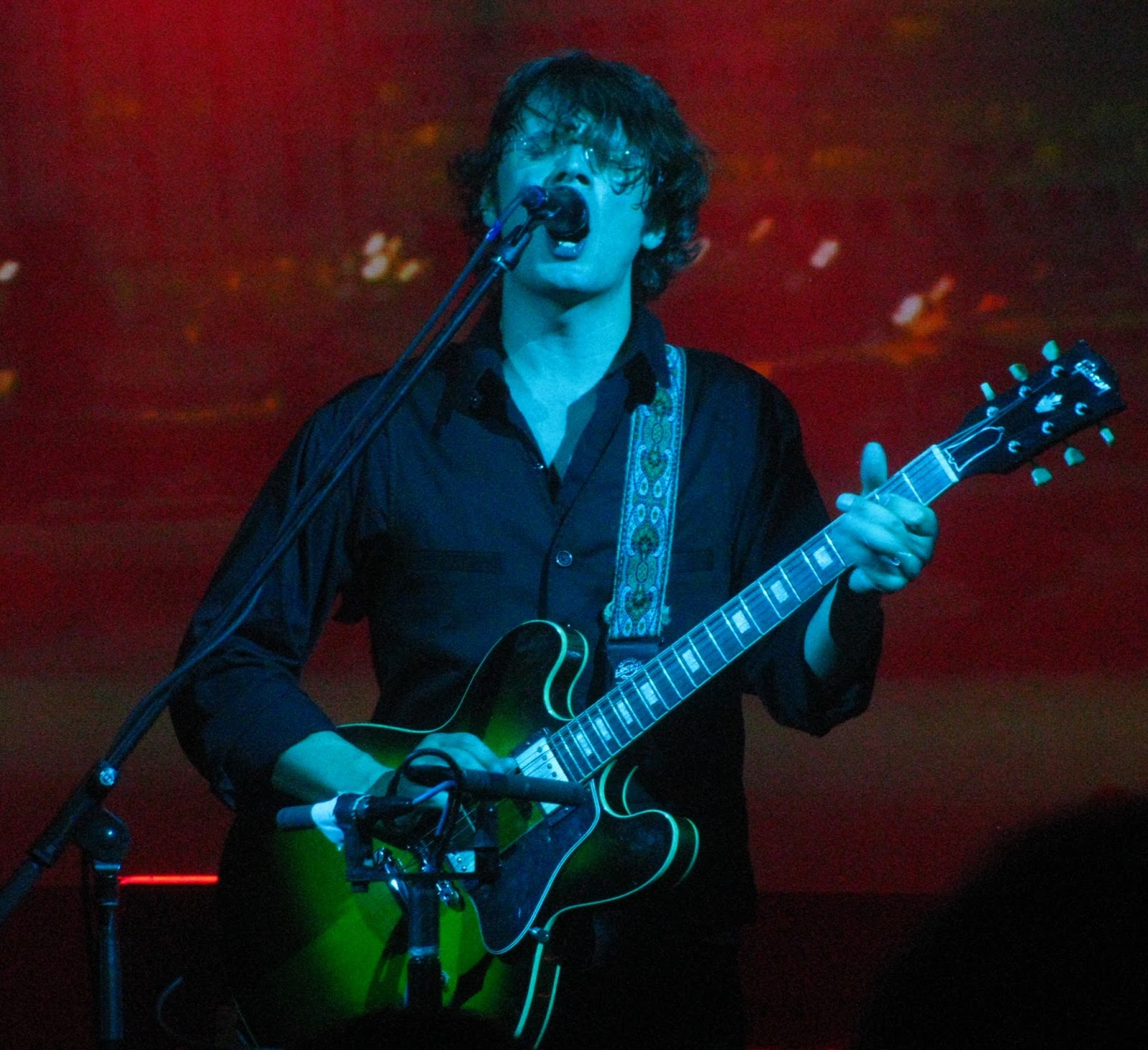 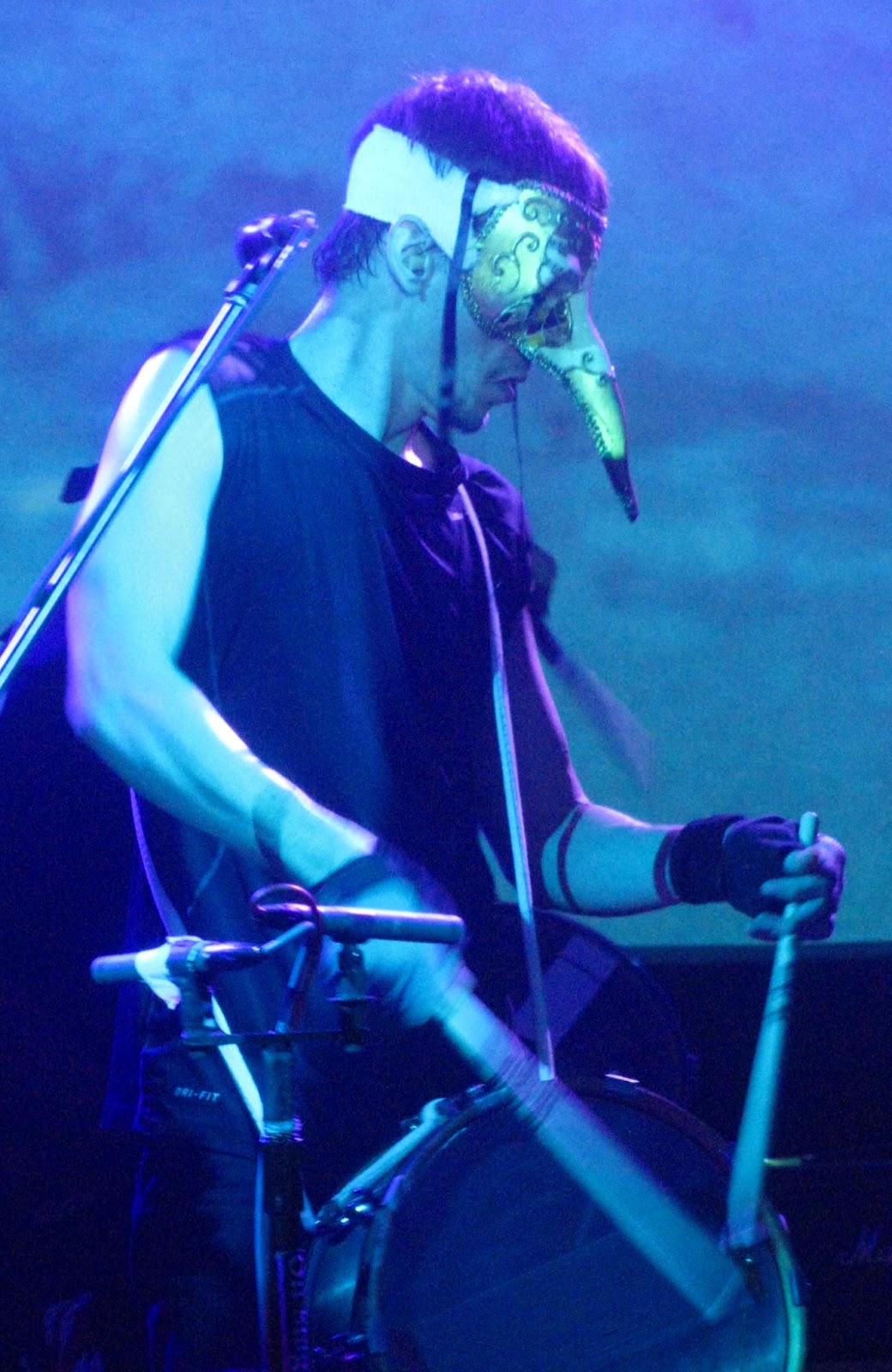 The band departed, leaving Cody behind.  He strapped a washboard onto his stomach, and scratched out an extended solo before being joined by Luther on "Mystery Train."  Luther was then left alone to play a solo of his own, and the band regrouped for "Po Black Maddie."  The jam that linked "Maddie" with "Skinny Women" was probably my favorite of the evening, Cody's foot on the bass pedal as he sprinkled keyboard lines into the mix.  Another highlight was the juxtaposition of the soft "Up Over Yonder" exploding into the fireball of "Snake Drive."  Stud returned, Cody put on a plague doctor mask, and every member picked up a marching drum.  The drumline went on a victory lap around the floor, singing "Granny Does Your Dog Bite."  After two minutes of applause, the band returned for a half-hour encore of covers and old favorites: "Goin' Down South," "I'm Leaving," "K.C. Jones (on the Road Again)," "All Night Long," and "ML."  The "New York City, dinnertime" line in "K.C." elicited cheers from the sassified crowd, as if to say, "North Mississippi is always welcome in New York Fuckin City."