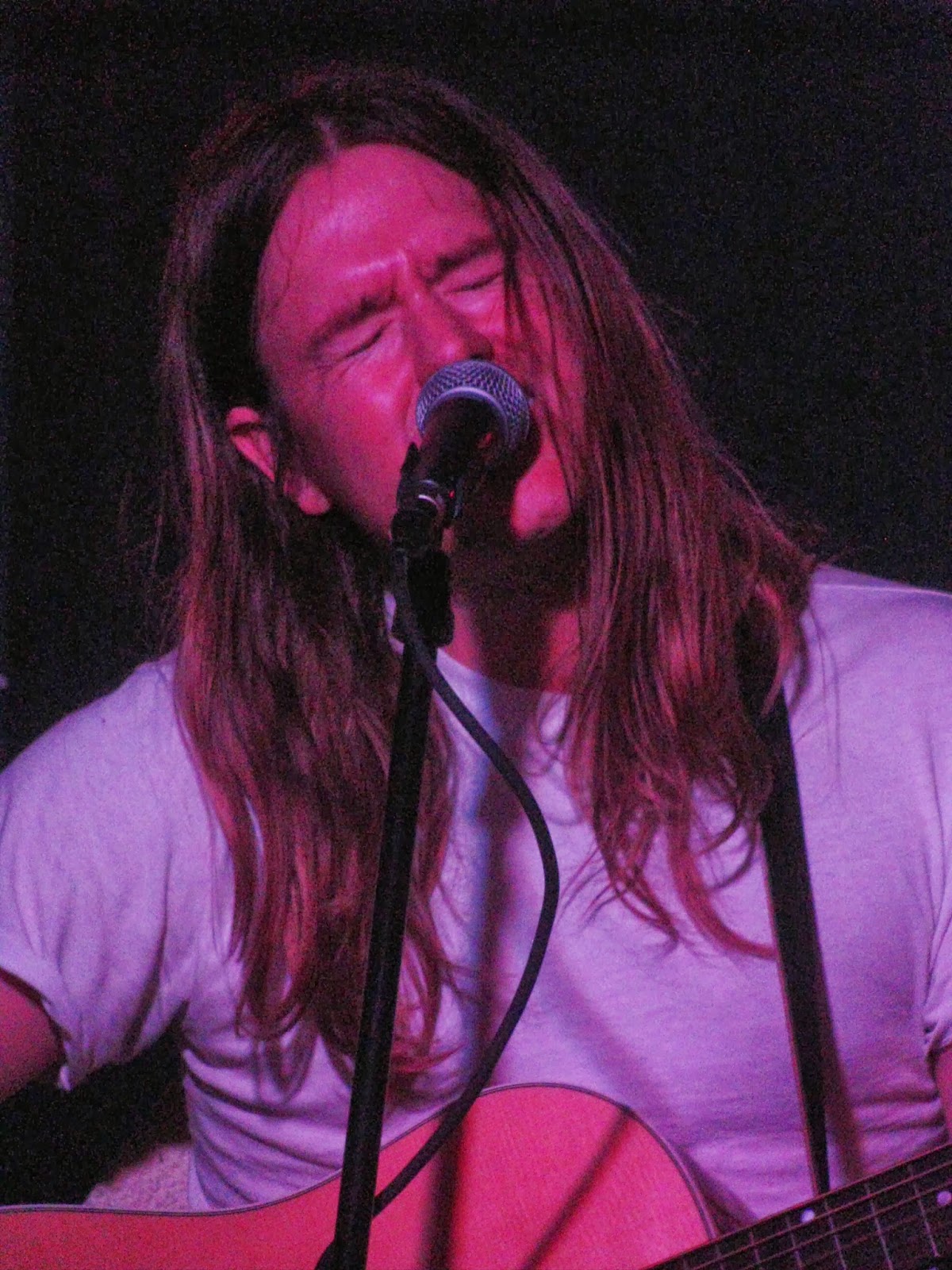 Currently opening for Dawes on their fall tour, Johnathan Rice stopped by Mercury Lounge last night to headline his own show in support of his new LP, Good Graces.  Backed by Mike Bloom on electric guitar, Nik Freitas on bass, and Jason Boesel on drums, Rice wasted no time launching into the title track.  It was the perfect showcase for his brand of hazy folk-rock paired with melodic hooks.  "Early show, man.  We're gonna have to disgrace ourselves after instead of before," deadpanned Rice.  As one half of Jenny & Johnny, his band with girlfriend Jenny Lewis, Johnathan sprinkled four of the couple's tunes throughout the set, beginning with "Scissor Runner," where Freitas took care of Lewis' backing vocals.  They segued directly into "Further North," with Mike's countrified guitar lines transforming Mercury Lounge into a roadhouse bar.  Bloom showed off a different side on "Surfer's Lament," employing a whammy bar to create breakers of reverb.  As the shimmering waves washed away from shore, Rice dove headfirst into another J&J burner, "Animal."


"This is a new song. It's about sisters and brothers kissing each other."  The statement was met with nervous laughter from the audience, but everyone was onboard halfway through the number, a Lou Reed homage called "Lou Rider," which saw Rice reaching into his highest register on the chorus.  Boesel complemented his drums with a tambourine for the new single, "Nowhere at the Speed of Light," which was followed by "My Heart Belongs to You," a late-'50s slow dance that wouldn't have felt out of place on a Ricky Nelson record.  Modifying the line "You've still got a hold on me" to "You've still got your claws in me" in "The Middle of the Road" was a subtle improvement in its vivid imagery.

The band left Johnathan onstage to perform one last song by another Jonathan (albeit with one h), Jonathan Richman's "That Summer Feeling."  Many people of my generation associate Richman with his role as the Shakespearean chorus in There's Something About Mary, and therefore, tend to listen to him with a comedic bent, but Rice's clear voice exhumed the original melancholy from the lyrics.  At the song's end, he exited through the crowd, but the applause continued.  In the back of the room, Johnathan signaled to the soundman with his index finger, and his request for one more was approved.  "I didn't know you were allowed to do encores here," Rice remarked, and charged into "We're All Stuck Out in the Desert."  No word on whether he disgraced himself after, but he was definitely held in good graces during the show, no pun intended.