Fancy Colors Turn Mercury Lounge into Island of the Dead

Last night, Fancy Colors played the early show at Mercury Lounge, treating fans to a set that included the first half of their hours-young album, Island of the Dead (Stream it below.).  Less a George A. Romero spinoff and more a mashup of Talking Heads with a Pure Moods compilation, Island expands on the sound established on 2012's Near Equator. 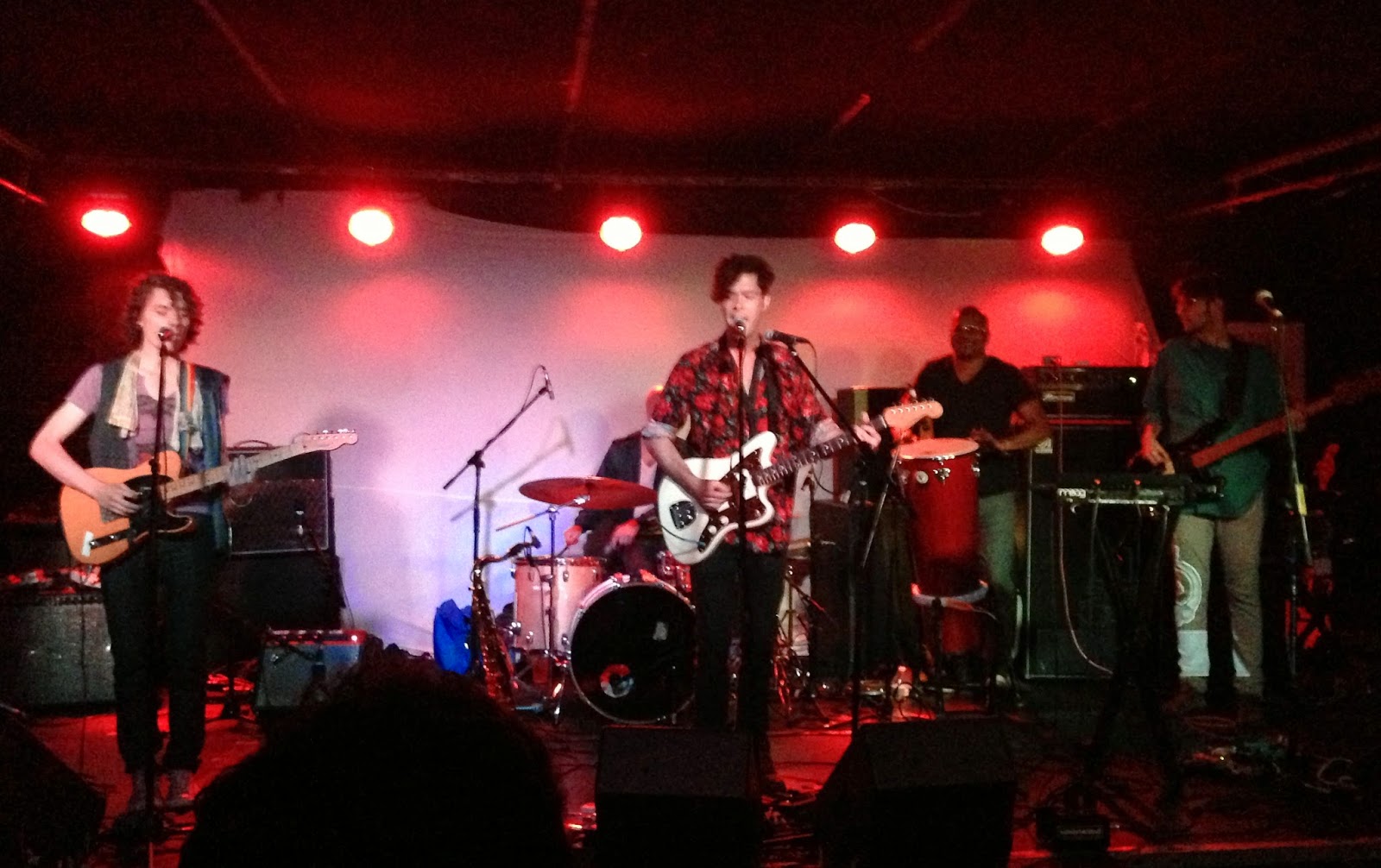 The band drifted onto the stage without fanfare, singer Zac Colwell wetting his saxophone reed as he double-checked his pedal setup.  Zac thanked the crowd for coming early, and proceeded to lay down a flute loop.  Dave Heilman clacked into "History of Civilization," two drumsticks in each hand, fanned out like antennae.  The song built into a burning groove, at the end of which Zac recorded a new flute loop to segue into "Africa."  They followed that with "Infinity," a highly danceable track from the new record before chilling things out with the single "Love is Easy."  "This one's called 'Island Rose.' It's the theme of the album," announced Colwell, and the band embarked on their best performance of the night.  The dreamy intro gave way to a jaunty bassline, which got damn funky as the song progressed.  Oh yeah, there was a sax solo too.  After the always-welcome "The Way You Walk Away," Colwell questioned his bandmates, "Should I do some stuff?"  "Sure, I love stuff," responded guitarist Steve Wall (who also mastered the album).  The "stuff" consisted of layering sounds made from the sax's neck and the flute's headjoint into a heady goulash before Heilman dropped into the chugging beat of "Castle in the Snow."  Fancy Colors' only weakness is that some of their songs hit this righteous fucking groove and then just end.  "Castle" eschewed this nicely, with Heilman ramping up ferociously as Colwell sang a final crescendoing "castle in the snoooooow."