Jeremy Messersmith Gives the Fans What They Want at Bowery Ballroom


It had only been four months since Jeremy Messersmith was last in New York, playing his sold-out album release show at Mercury Lounge.  While that set was heavy on Heart Murmurs, only dipping back as far as 2010's The Reluctant Graveyard, Messersmith made sure to give his fans something more than a repeat performance, playing tunes from all four of his albums, a new song, and a surprise cover. 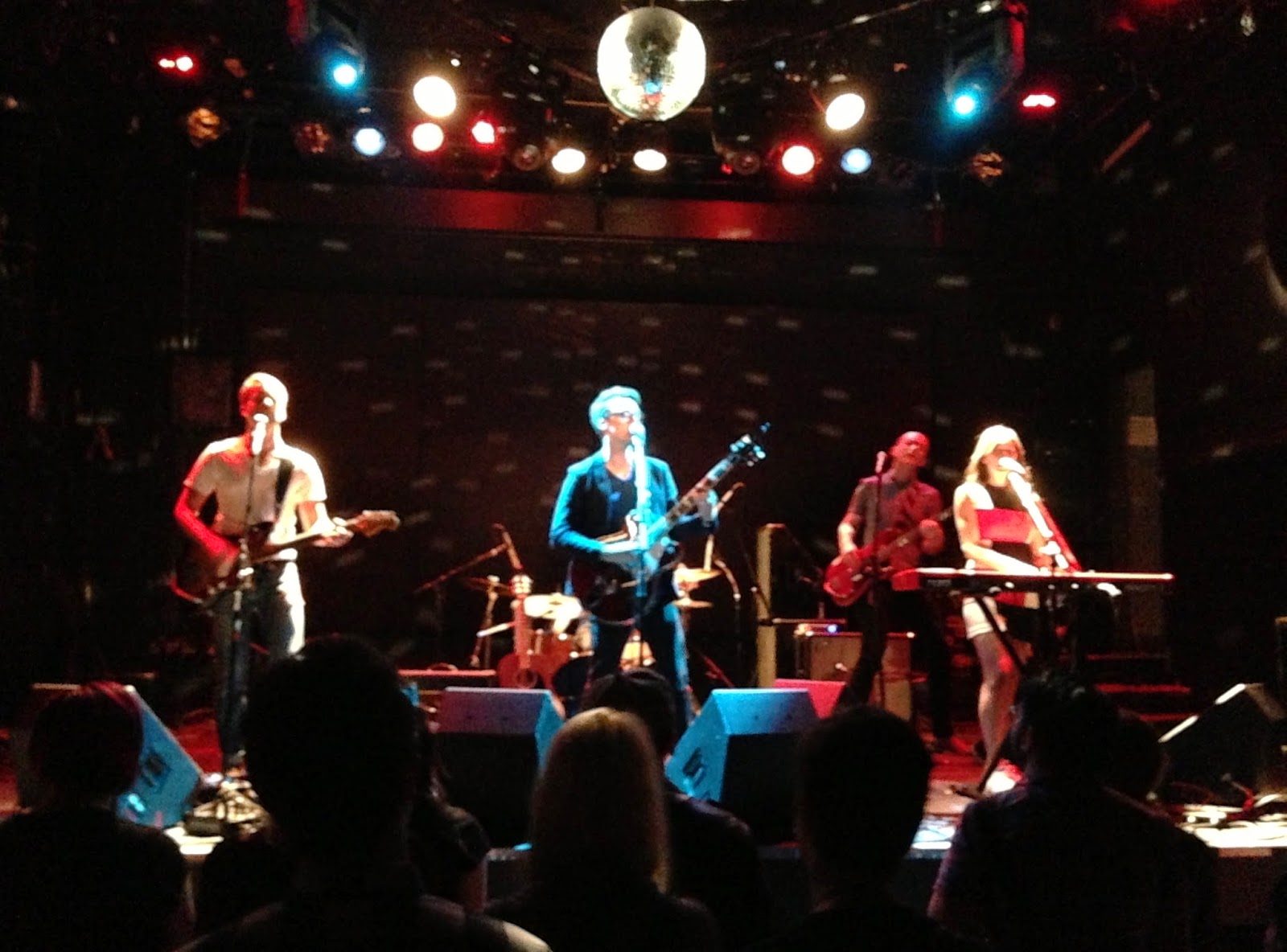 Jeremy began with "I Don't Trust That Boy," an unreleased cautionary tale played solo on electric guitar.  As soon as he finished, the band charged into an energetic "Tourniquet."  A jolly "Lazy Bones" had Jeremy and his comrades flashing smiles at each other.  As "You'll Only Break His Heart" wrapped up with Messersmith strumming his acoustic and guitarist Peter Sieve experimenting with harmonics, the other members snuck off the stage.  The two axmen performed the soft "I Want to Be Your One Night Stand" to chuckles and "aww"s from the floor.  As he departed, Sieve put a reassuring hand on Jeremy's shoulder as if to say, "You got this, man."  Standing alone in the middle of the Bowery stage, he polled the crowd for requests.  Although it was unclear if he'd actually taken someone's suggestion, Messersmith made up his mind.  "This is one from the subgenre of subzero Minnesota songs," he announced, gently fingerpicking into the emotionally gutting "Beautiful Children."  Then he granted a concertgoer's wish with a cover of Robyn's "Call Your Girlfriend."  Jeremy revealed that "Novocain" was "the first song I wrote that I actually kind of liked a little bit."  He explained that he penned the tune while contemplating life at his first job: "Is this the American Dream?  Working in a temp office and driving a Ford Festiva?"  As the song progressed, his bandmates joined in one by one to complete it as a unit.  With the band back together, Messersmith chose to rock out for the rest of the set, which included "Dillinger Eyes," "Heidi," and "Hitman."  Jeremy informed the crowd that he and the band would be hiding offstage for thirty seconds, adding, "I want you to just promise me that you'll applaud the whole time we're over there."  The smitten spectators had no problem obliging.  After two full-band numbers, "Ghost" and "Violet!" Messersmith thanked his band and closed with a "song he stole off the Internet" (actually just inspired by a Reddit post), the sweet yet profane "Someday, Someone."

I had a pre-show drink with Jeremy for The Next Round, so subscribe on iTunes so you don't miss it when it drops.

SET -
I Don't Trust That Boy / Tourniquet / It's Only Dancing / Lazy Bones / Franklin Avenue / You'll Only Break His Heart / I Want to Be Your One Night Stand / Beautiful Children / Call Your Girlfriend / A Girl, a Boy, & a Graveyard / Novocain / Dillinger Eyes / Organ Donor / Heidi / Hitman