Chris Mills Does Not Disappoint at Big City Folk Festival 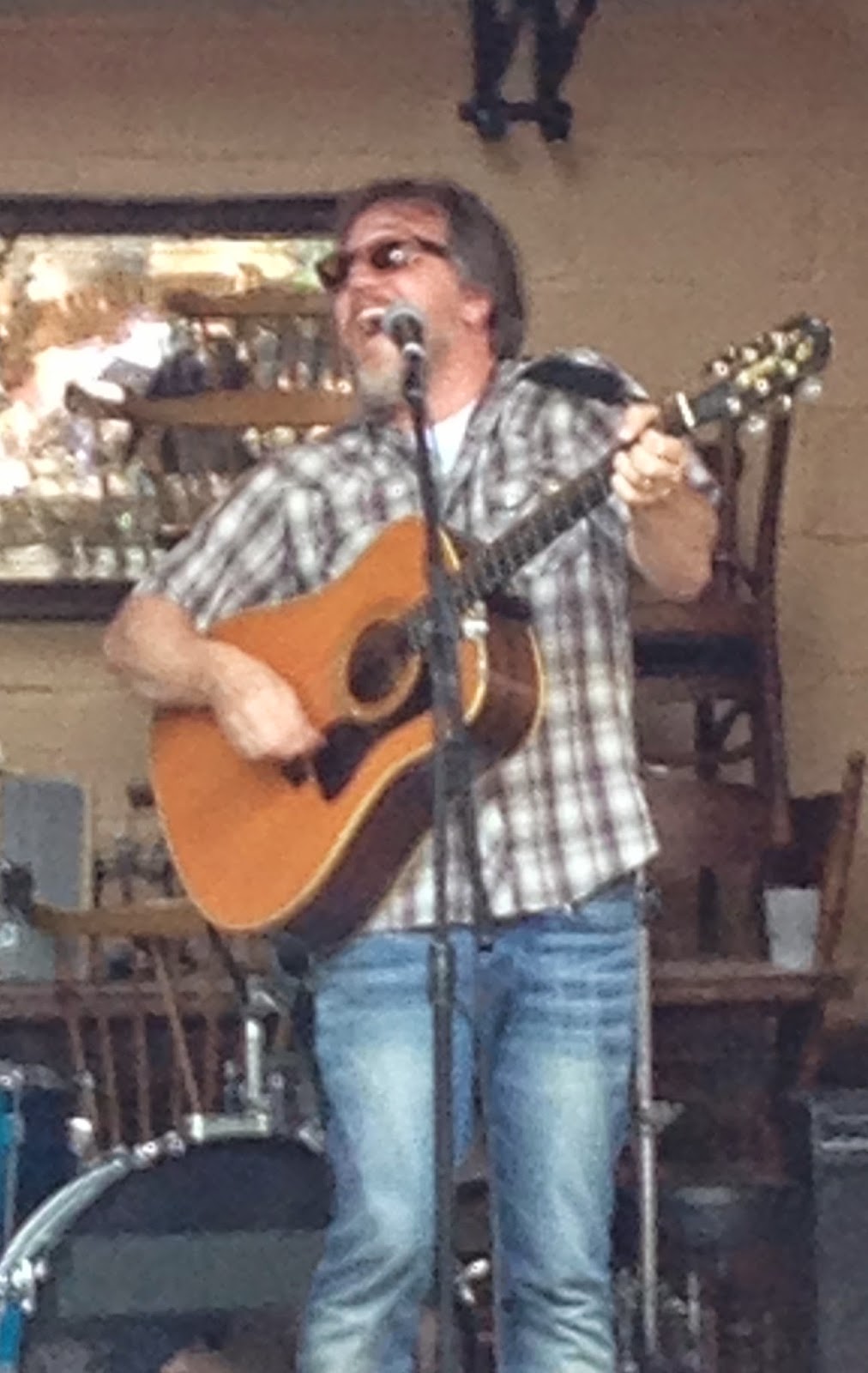 It was a beautiful Saturday afternoon.  I'd just done an open mic at the Creek & the Cave, so I moseyed on over to LIC Bar to catch Chris Mills' spot at the Big City Folk Festival.  After squeezing my way through the bar packed with World Cup fans, I slipped out the back door to find a patio full of people singing along to songs by Niall Connolly.  The festival's founder was onstage, tucked away in a garage of sorts, with wooden chairs stacked in the rear by a fireplace, charred with use.  Connolly finished with "Jesus is Coming," and there was a brief lull while Mills set up.  "When I was asked to perform on this festival by its creator, Niall Connolly, directly after a 25-minute set of his greatest hits, with everyone singing along, all I could think was collateral damage," mused Mills.  And while the audience had thinned following Niall's set, Chris made the best of the situation by just having fun playing his tunes.  After the uptempo "Atom Smashers," Mills slowed things down with "Rubicon," a song he'd actually written for one of Connolly's songwriter workshop nights. (Learn the story in my podcast interview with Chris.)  "Dry Eye" had to compete with some World Cup revelry coming through an opened window, but thankfully it was closed in time for "Helpless Bells."  It was my first time hearing the song live, and guitarist Clint Newman's subtle backup vocals were on the money.  Though Mills claimed he'd used all his banter at a gig earlier in the week, he managed to get a few good quips in.  Likening his set to the meat in a "sandwich of disappointment," he explained that after Niall's barn-burner performance, he was to be followed by a full-band spot by the Sky Captains of Industry.  "This is a song I wrote when I was living in my parents' basement at the age of 29... some forty years ago," Chris joked before "Chris Mills is Living the Dream."  He closed with "Castaways," his face turning red during the powerful refrain.  To think, my stomach has been hurting for the last two days, and yet I had no problem digesting a disappointment sandwich.  The Big City Folk Festival concludes tomorrow at LIC Bar.  "It's like the World Cup of Folk Music... except more honest," offered Chris.