Mayer Hawthorne Celebrates "Where Does This Door Go" at Bowery Ballroom

"It's a very special night tonight. My brand new album comes out worldwide in two hours. It is definitely a celebration in this motherfucker," announced Mayer Hawthorne last night at Bowery Ballroom.  The album is Where Does This Door Go, and Hawthorne offered up a heaping serving from the new disc at the sold-out show, kicking things off with the slinky "Robot Love."  The music didn't stop as he drifted into "Henny & Gingerale," a stagehand bringing him a plastic cup filled with the beverage to conduct the crowd in singing along.  "Henny" gave way to the Hall & Oates-inspired album-opener "Back Seat Lover," which had the audience grooving as if the song had been around since the early '80s.  He continued the medley to include "A Long Time" and "Finally Falling," each receiving a roar of approval from the crowd.  Hawthorne stopped to strap on a guitar for the supremely funky "Love in Motion" before the music shifted yet again, Mayer revealing, "This right here, this is all about sexy time right now," cueing "No Strings."  The song progressed into a propulsive jam, Quincy McCrary taking a rousing ride on the keys for over a minute before segueing into the Pharrell-produced "Wine Glass Woman." 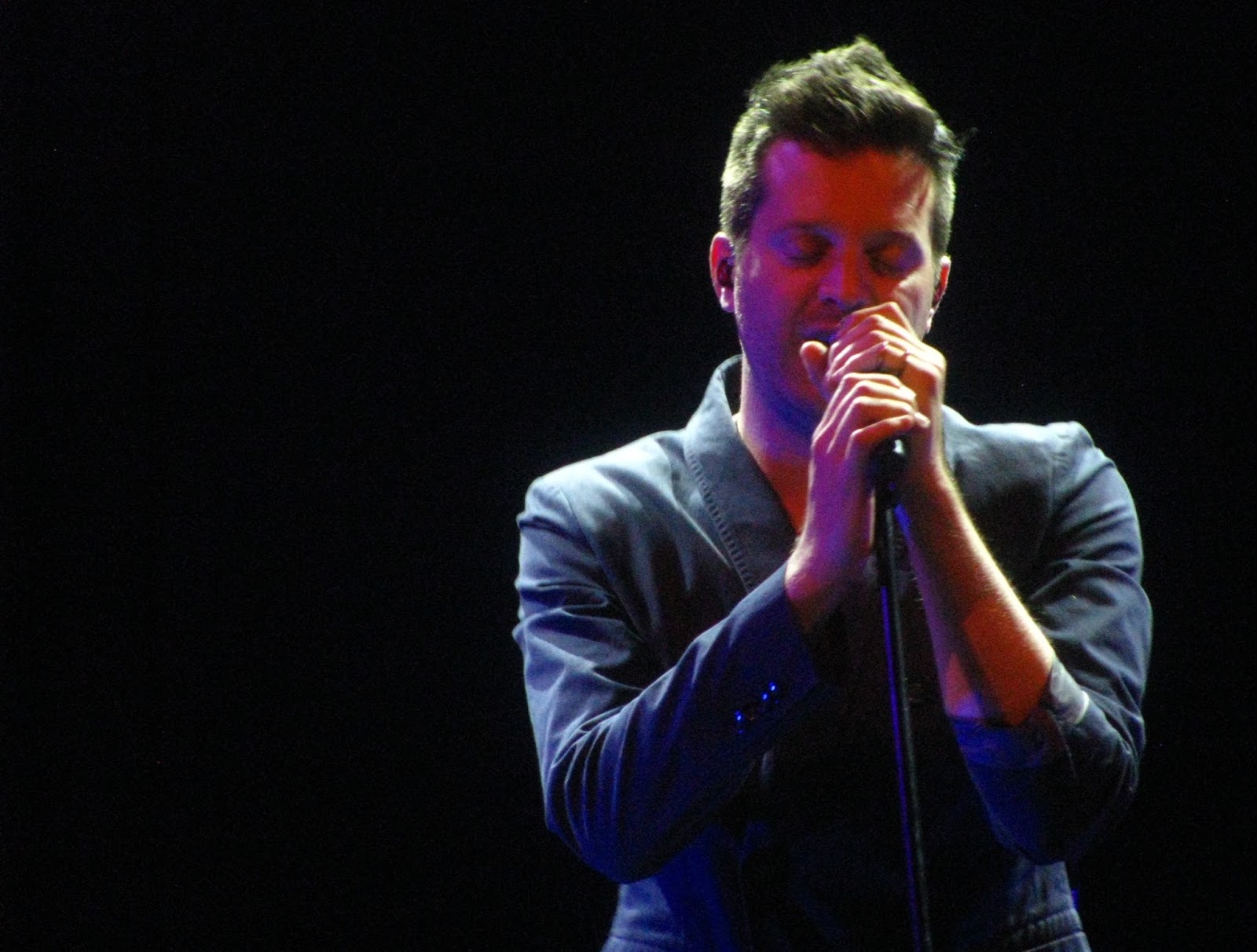 "What day is it, Monday?" Mayer questioned the smiling patrons.  "You guys look rested. You guys look fresh."  Upon asking a few people in the front row what they did on Sunday night, and receiving the same answer of "We went out" every time, he remarked, "Man, New York don't sleep. You guys are wild, man.  I'm gonna tell you what I did."  It was all a setup for "Designer Drug," a bonus track where he self-prescribes a woman as his drug of choice.  But, as with other drugs, too much can be a bad thing, and Mayer recognized this by adding in a bit of Bell Biv DeVoe's "Poison."  "You know what we call this kind of show where we're from? We call it intimate," he said, dripping into the seductive "Get to Know You."  Coming down off the high, some crowdmembers used the slow song to chat, but Hawthorne won them back by instructing them how to dance with their hands "real sexy like Diana Ross" on "I Wish It Would Rain." MH took a moment to take a photo of himself in front of the crowd, a custom at his concerts.  He then told everyone to take out their iPhones and iPads to take as many pictures of him as they wanted.  The County played some light circus music while Mayer mugged in the flashes, and then demanded that everybody put their cameras away for the next few songs so they could experience it live.  It's worth mentioning that there was no stage design; all was performed in front of a plain, black backdrop to ensure the focus was on the music. 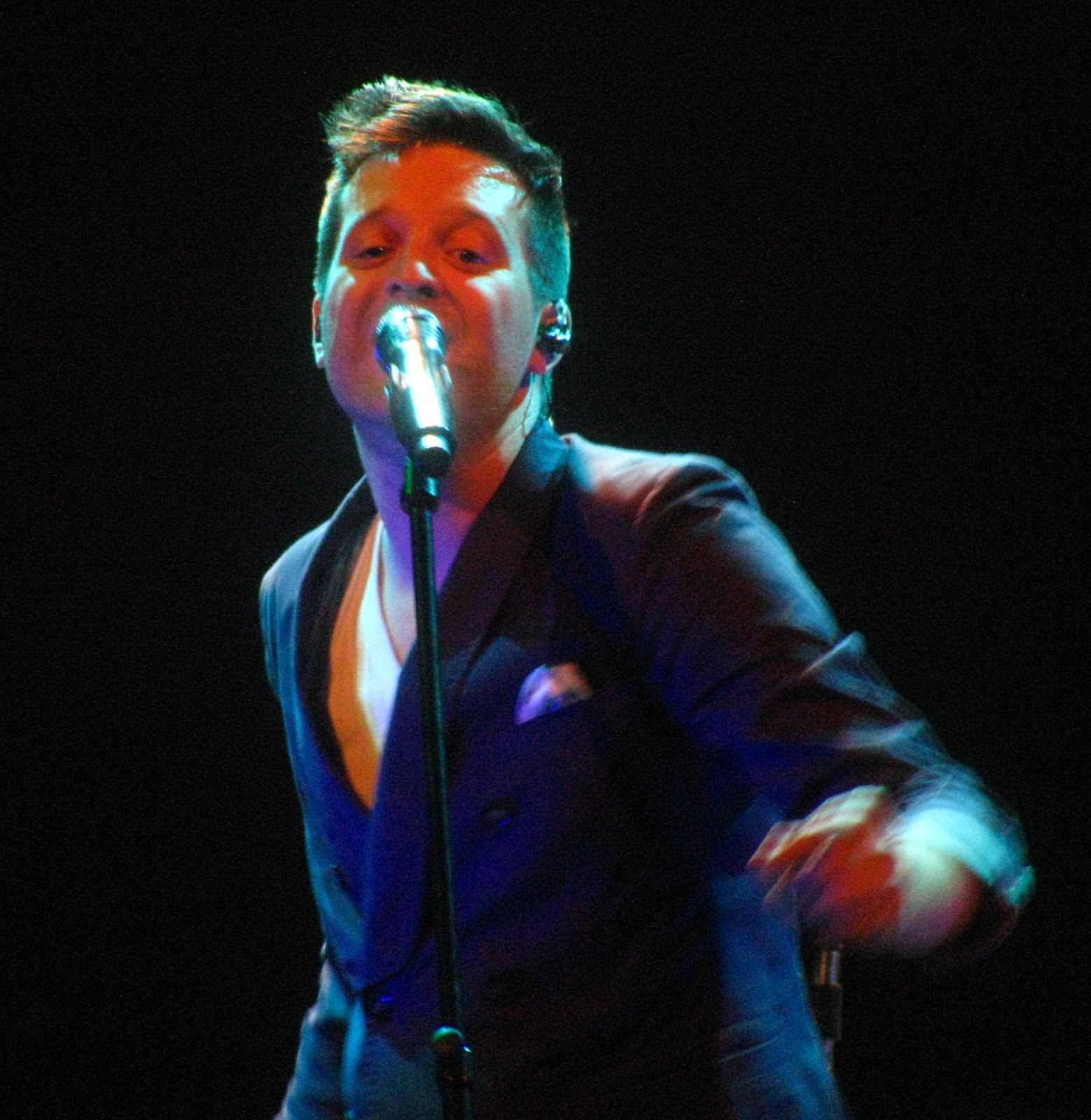 New song "The Stars Are Ours" stretched Mayer's canon into rock, finishing with him harmonizing his guitar with Christian Wunderlich's before flicking his pick into the crowd to sing "Corsican Rosé."  The song unraveled at its end into some sticky slap bass courtesy of Joe Abrams, signaling the single, "Her Favorite Song."  I'd questioned the label's choice based on the studio version, which seemed a little sappy and subdued, but it was infinitely better live, especially with a surprise visit from Large Professor, who contributed the rap verse from his remix of the song.  So much of the night had focused on the new tracks that when Mayer dropped "Maybe So, Maybe No" from his debut, the dancefloor detonated.  The old man in front of me started grinding on his date, and I laughed out loud.  When the drumbreak that begins "The Walk" hit, the electricity was palpable.  "I need to hear everybody sing this shit," Mayer requested unnecessarily.  Of course we were gonna sing.  As the band played the theme to The Price is Right, Mayer thanked everyone for attending, with a special shout-out to his parents, who were in the crowd.

Almost two minutes later, the County returned to the Bowery stage and began a groove.  Mayer joined them a minute later, crooning Barry White's "Playing Your Game, Baby" before  transitioning into "Just Ain't Gonna Work Out."  Everyone was singing the words until halfway through, when Mayer shouted, "Remix!" and the tune took on a hip-hop beat for several more reprises of the refrain.  An overzealous fan climbed onto the stage, putting his arm around Mayer for a photo before he jumped back down.  Mayer laughed it off and took this last break to emphasize his enthusiasm for Where Does This Door Go: "I'm really excited for those of you who haven't heard it yet to hear it.  It's the craziest thing I've ever done. It was really a crazy journey for me through a new door."  He dedicated the night's final number, "Reach Out Richard," to his father.  A love song to his dad, the lyrics included the line, "I'll find my way eventually."  At the song's end, Mayer's dad stood up and blew him a kiss from the balcony.  Bowery-tested; dad-approved.  Looks like you've found your way, Mayer.

Playing Your Game, Baby > Just Ain't Gonna Work Out / Reach Out Richard
at 9:34 AM