B.B. King headlined the first night of the Lowdown Hudson Blues Festival on Wednesday at Brookfield Place's waterfront plaza.  I got there early enough to grab a seat, though there seemed to be plenty of space along the marina to accommodate the 7000 subjects of the King. 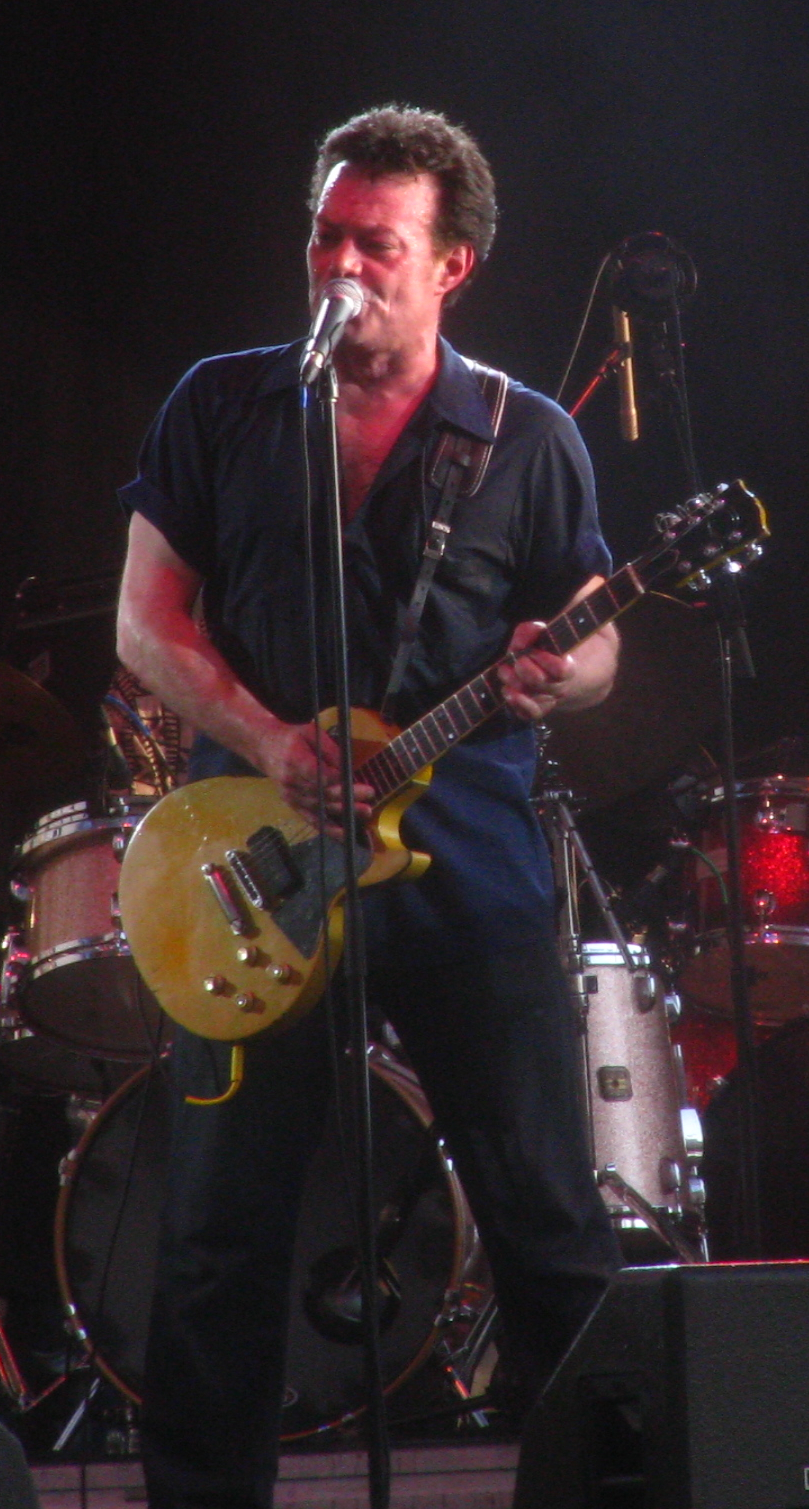 The James Hunter Six got things rolling with the saxophone-powered "She's Got a Way," Hunter's bluesy vocals ranging from howls to falsetto coos.  Introducing "Chicken Switch," I was a little stunned to hear him talking in a thick Essex accent.  On "One Way Love," James looked a little surprised when he went to the mic to sing and the baritone and tenor saxes came in, but he went with the flow and entered a measure later.  They followed with "Gold Mine," which would've felt right at home on a Sam Cooke record.  Hunter moved among styles effortlessly, whether paying homage to the doo-wop of the "5" Royales with "Baby, Don't Do It" or adapting Allen Toussaint's jazzy "Fortune Teller" into "The Gypsy."  "Let the Monkey Ride" floated along on an island vibe, as I experienced déjà vu as the same two couples kept walking by and sitting down until I realized a film crew was shooting.  "Look Out" was somewhat of a ska number, succeeded nicely by the reggae beat of "Carina," which drew comparisons to Elvis Costello.  Hunter was convinced the crowd wasn't that into the performance, but A) having so many chairs set up in the main sightline meant no one in the front was dancing, and B) if you're opening for B.B. King, the crowd isn't there for you.  But you would've thought everyone was there for the Six during "Talkin' 'Bout My Love," where Hunter pulled out all the stops, dancing on one foot across the stage as he banged out a guitar solo that sounded half-surf rock, half-knocking on a door.  The audience ate it up, so he dropped down to do a Cossack dance, whilst playing, to even more applause.  Finishing with a scat-along from the now-responsive crowd, Hunter definitely picked up some fans last night.

A little before 8pm, the B.B. King Blues Band geared up with the befitting "Manhattan Blues."  The instrumental allowed each horn player to demonstrate his prowess, each having to prove his worthiness to play with the King.  Guitarist Charles Dennis came forward to dig into "Two I Shoot Blues," assisting the band in bringing up B.B.  The King shuffled slowly onto the stage, tossing out a handful of guitar picks before he'd even played a note with them.  But that didn't matter to the lucky recipients, as the hands they were thrown from have played so many impassioned notes before.  Taking a seat center stage, King instinctively turned his attention to the females in the crowd: "There are some beautiful ladies here tonight."  The women cheered.  "And some fellas," he added.  When that wasn't met with the same enthusiasm: "Some handsome guys, I said!"  He introduced his band, forgetting a few of their names at first, though I suspect it was an act.  He informed us that bandleader James "Boogaloo" Bolden "got my job because he could dance.  I said he could dance!"  King sang "Every Day I Have the Blues" and "I Need You So," his voice a little worn in his 87 years, though not as much as you'd expect.

"We're gonna go country a little bit," said King, easing into "You Are My Sunshine."  The crowd began singing almost immediately.  King approved, "Yeah, go ahead."  The experience reminded me a lot of seeing Jerry Lee Lewis at Beale Street Music Festival in May, watching a legend past his prime, but finding so much enjoyment in continuing to play.  Unlike Jerry Lee, who seemed more like a senile grandpa, B.B. was more of a horny old man.  "Ladies, kiss someone.  That's what I like to see," he said halfway through "Sunshine."  The crowd kept singing along, so B.B. stuck with it: "Go ahead.  I ain't done yet.  Ladies look like you dancin' like that; I'll play 'til tomorrow evening."  He turned his sights to one particular dame up front until he found out she was married.  "All pretty ladies remember that.  You got a husband?  Leave him at home!" he exclaimed. 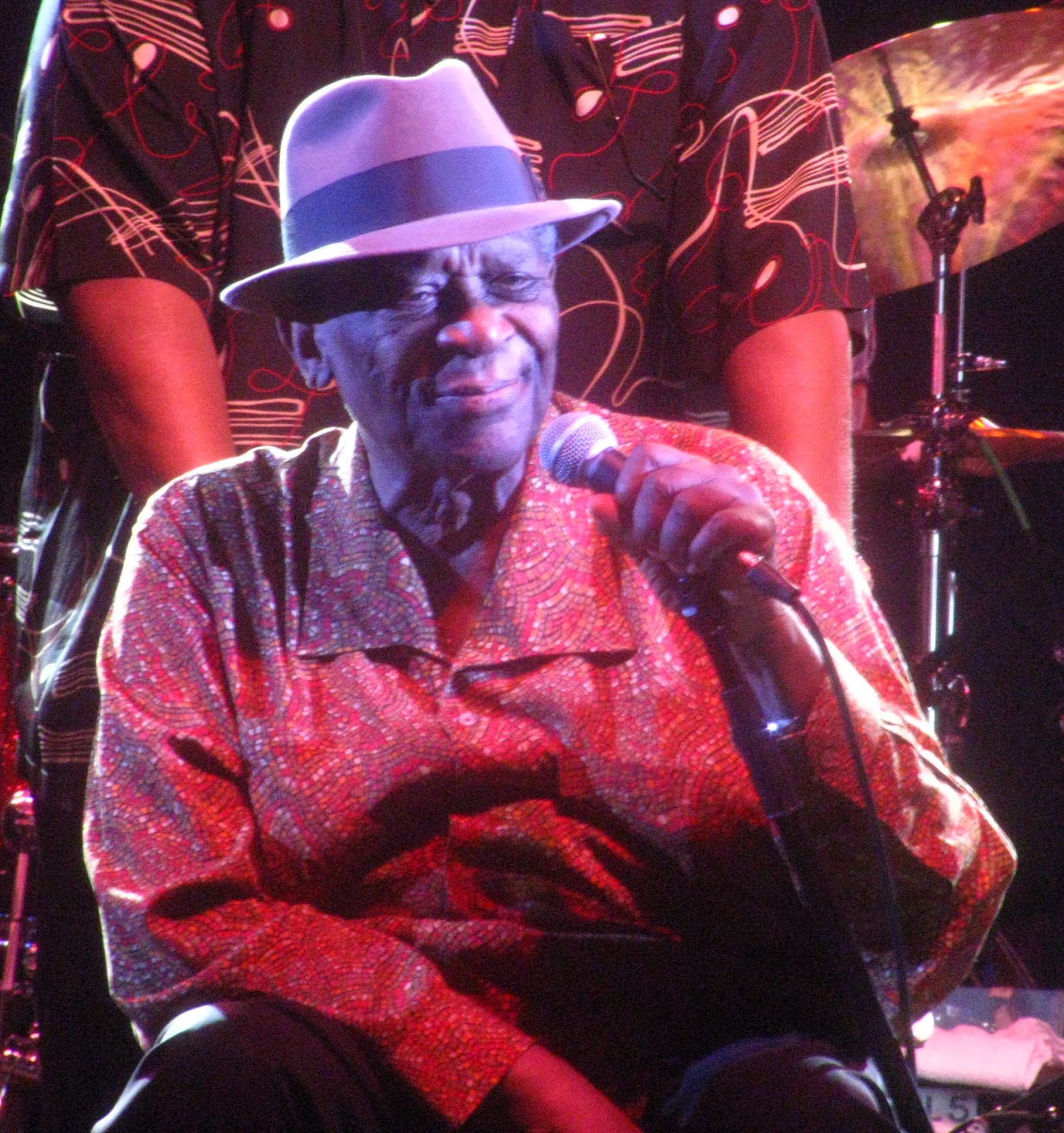 He didn't only talk about ladies though.  Other nuggets referenced the band's speed ("Bring it down.  Don't never rush an old man."), World Trade Center 1 ("I was lookin' up for a moment.  I thought I saw King Kong up there."), strangers in the crowd (Who are you? Stick your hand up. Still don't know who you are.), and calisthenics ("I'm gonna do my exercises now.  That's called shakin' your booty.").  But then he was back at it: "I wanna talk to security for just a moment.  Let all the girls come up."  Singling out another, he said, "She's a cutie," and threw her a guitar pick. "Shake your booty," he appended, and I don't know whether the girl left or what, but shortly after, he stated, "That's the one thing about ladies.  They always leave."  Suddenly, 100 shows a year at 87 didn't seem too hard if all he had to do was sit up there and flirt for an hour.  Sure, he played a little on Lucille, most notably a solo on "Sweet Sixteen," but he left most of the guitar parts to Dennis.  With so much success for so many years, one might argue that King no longer has the blues.  But that's fine.  King is living proof that you can overcome the blues and live out your golden years happily.  And I had a smile on my face the whole time.

"I don't care if you didn't pay nothin'.  I'm glad to see you," King said with a grin.  "I love all of you.  Fellas, I love you too, but I don't want to say it too loudly," he teased as the band added some slick funk to "The Thrill is Gone."  "May I come back again another day?" he asked, receiving a resounding "Yes!"  As the band jammed out following "When the Saints Go Marching In," B.B. emptied his pockets, chucking out little bits of everything, including change to play slot machines, a practice developed by playing so many gigs at casinos.  His attendants put his hat on his head and his jacket on his shoulders, and the King slowly scuttled off. 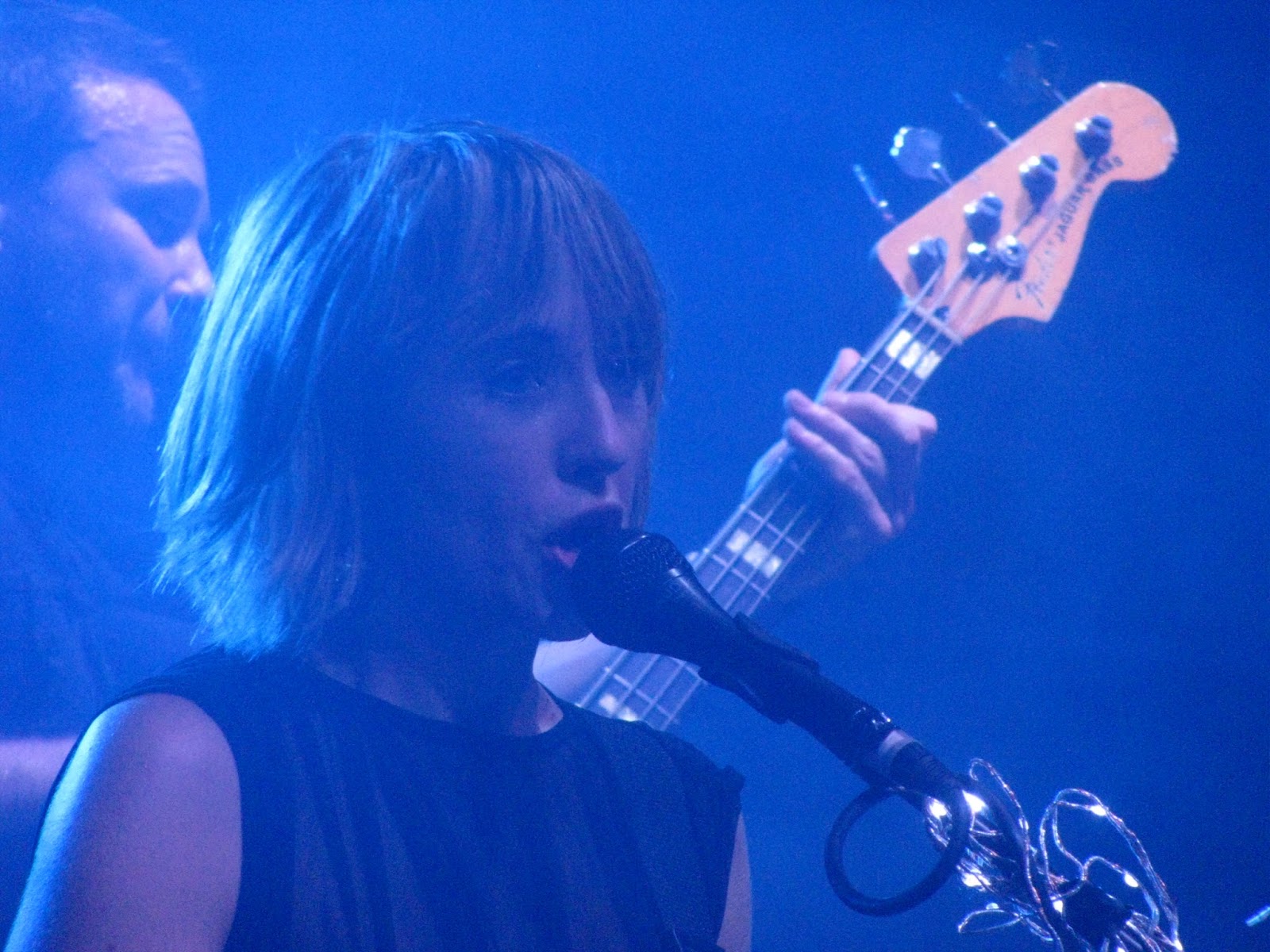 The night still young, I hightailed it over to the Brooklyn Academy of Music, where the Joy Formidable were playing a free show.  Though I missed the first half-hour, I took the escalator up to the café to find the trio rocking the "Cradle."  Ritzy Bryan, with a much improved haircut since I saw her at Beale Street, announced, "We usually do this song through the fucking PA. It kinda lacks the fucking point of being acoustic."  They took to the center of the floor for an unplugged "Silent Treatment," tall fans huddled tightly around them.  Making their way back onstage, Ritzy asserted, "Let's continue with the cacophony now. Mr. Thomas?" she said, signaling Matthew to kick into "Maw Maw Song."  Rhydian Dafydd manned a keyboard for the beginning of "Wolf's Law," the screen above the band showing a series of images that included bugs on their backs and babies being delivered, though still a relief from the creepy guy eating chocolate pudding that had been projected earlier.  The sound mix in the room was excellent, perfectly capturing the climax of "Whirring" with the band bashing away at their instruments before Ritzy gave her guitar up, leaving Matthew and Rhydian behind to reprise a bit of "Maw Maw" for the riotous crowd.  Matthew stepped down to the floor, receiving several well-deserved pats on the back from the adoring mass.  What a nice, little cherry to top off the night.


SET -
Manhattan Blues / Two I Shoot Blues / Mr. King Comes on Stage / Every Day I Have the Blues / I Need You So / You Are My Sunshine / Rock Me Baby / Sweet Sixteen / The Thrill is Gone > Guess Who / When the Saints Go Marching In