When I found out a few months ago that Antibalas would be doing a free concert at the WFC Winter Garden, I immediately put it on my calendar.  When I found out a week ago that Ted Leo would be opening, I was even more pumped.  Two politically charged bands playing a free show at the World Financial Center this close to the election?  I'm there.  I'd somehow forgotten that the show was going to be taped for public radio, so things didn't get as political, but it was still way more exciting than any of the debates. 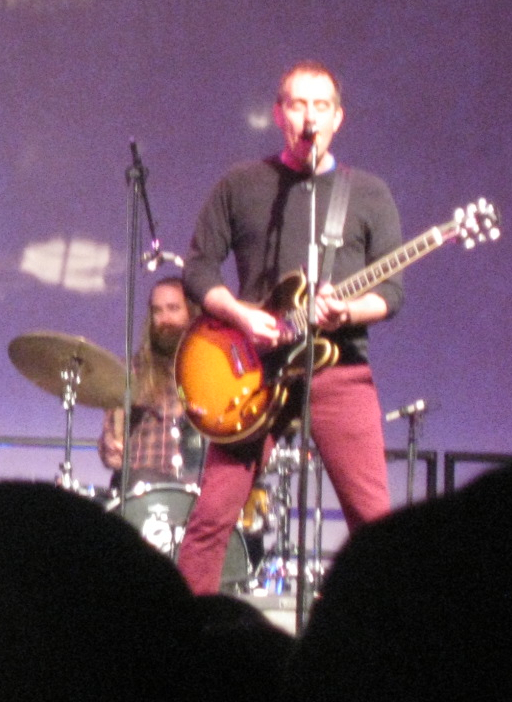 Ted Leo, backed by a band of two of his Pharmacists, Chris Wilson and James Canty, along with Canty's Ideal Forms' bandmate Robert Austin, performed three interpretations of songs by Hugh Masekela, the South African trumpeter perhaps best remembered for his 1968 number one hit "Grazing in the Grass."  Opening with "Mace & Grenades," the sound hit us like a shock wave, with the volume louder than anyone had expected.  The drums careened off the walls and ceiling of the 120-ft. atrium, creating soul-shaking reverberations intensified by additional echos from Leo's guitar run through an Echoplex tape delay.  John Schaefer of WNYC's Soundcheck and New Sounds came onstage to conduct an interview with Ted about why he chose a tribute to Masekela.  (If there was ever a person whose singing voice differed from their speaking voice, it's Leo, the nasal tenor in his songs replaced with a bass tailor-made for voiceovers.)  "I think it would be silly of us to try and replicate Hugh Masekela," Leo justified his decision in putting his own spin on the tunes.  He then told of how he saw Masekela perform outside on the plaza at the WFC mere weeks before the attacks of September 11th.  The experience coupled with his brother doing DJ sets at Windows on the World had an effect on Leo: "I started like enjoying this area of Manhattan for once," and he was visibly choked up telling the story.  Leo and band followed with "Riot," the instrumental b-side to the previous song.  With its cascading guitar riffs interlaced between Leo and Canty, it was probably my favorite of the evening.  They finished with "If There's Anybody Out There," the most TL/Rx-sounding of the bunch.  Ted Leo will be touring solo with Aimee Mann starting tomorrow at the Birchmere in Alexandria, and you can read my review of another of his downtown shows here.

I saw Antibalas open for Sharon Jones in the summer, and like many have before me, incorrectly identified them as the pit band for the musical Fela!  While several of he members were instrumental in the development of the show, only three played in the orchestra.  "I think it's very important for us to make that distinction whenever we can," said trumpet-player Jordan McLean, who looks like Jack Skellington wearing an Adrien Brody mask.  Martin Perna, baritone sax, founded the Afrobeat band 15 years ago this December, and they've been continuing Fela's legacy and reinvigorating the genre ever since.  When asked about how the pieces in an Afrobeat composition all fit together, he responded, "It's sort of like a sports team.  The goalie's going to stay in the goal.  He's not going to come out and score a basket."  Okay, so maybe he's not the greatest at making sports analogies, but he can play the hell out of a saxophone.  The group started with new tune "Gold Rush," commenting that it seemed an auspicious place to be performing a song with such a title.  They followed with the ebullient "Him Belly No Go Sweet," Ticklah playing a Nord keyboard instead of his normal Farfisa organ.  With a click of the drumsticks, they cruised right into the cowbell-heavy "Dirty Money," which came to its close with Amayo suggesting, "Let matriarchy take over... in a subtle way."  That was the end of the broadcast (You'll be able to hear the performances on Soundcheck sometime in the near future.), but the band came out once more for a 10-minute "Rat Catcher."  The crowd leapt to their feet and started a dance party in the aisles.  "Let's sing together while this place is bubbling," Amayo urged, and we joined in on the call-and-response.  It wasn't quite the "Filibuster XXX" I had hoped for, but I'll be damned if it wasn't fun. 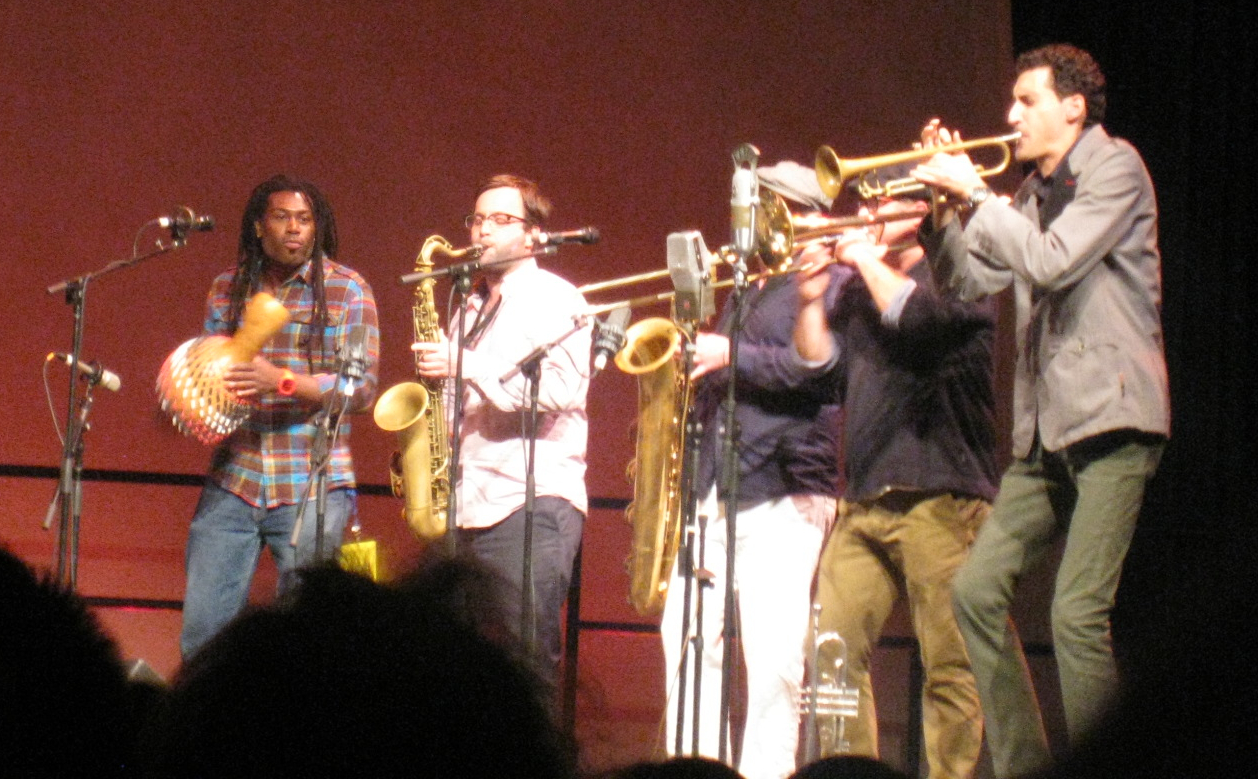