When I saw Hollis Brown open for Deer Tick back in December, they'd mentioned that they were going to release a record this year. Well, that time has come, and the rockers celebrated by playing the album and more at packed show at Mercury Lounge last night.

Desert Noises, a rock band from Utah who've been touring with them, kicked things off with a nine-song set. Beginning with "Grandma Looks," I was immediately impressed with how much energy the boys put into the songs live. "You guys ready to dance?" questioned frontman Kyle Henderson right before Patrick Boyer plunged into "Oak Tree" with a heavy dose of slide guitar. On record, Henderson's voice recalls Good Old War's Keith Goodwin, but in person, it's much more ferocious, his face contorting to match the intensity. There's also no bass in Good Old War, and Tyler Osmond's peppy plucking is key to the Desert Noises sound, especially on their new songs from the I Won't See You EP. These tunes, from the Band of Horses-esque title track to the Stephen Hawking-inspired "Birds," move along on a bouncier groove than their full-length, and show them growing as a band, aptly channeling their pop sensibilities through a classic rock filter. It's this filter that makes them stand out. Hip-shaking new ditty "Shiver" might've fit on a Warped Tour compilation if it were watered down and processed to shit, but Desert Noises have a weight to their songs, maybe even a little of "The Weight" the Band were singing about in '68. The young men of Desert Noises sound like they got ahold of their parents' old records and took to the garage to try their hand at it. If they were your kids, you'd hear the wailing guitar solos, open the door, and yell, "Keep it down!" because that's your obligation as a parent and good neighbor. Then you'd close the door, and with a proud smile, giddily say to your spouse, "They're getting really good."

After a quick tune-up, Hollis Brown wasted no time, charging into "Doghouse Blues" from their new album, Ride on the Train. "You go to work in the morning / You go to bed at night" were the first words out of Mike Montali's mouth.  You'd be hard-pressed to find lyrics like these in a contemporary song, and yet, it's still what the majority of us do, toiling our days away to support ourselves and our families.  It's that mentality that pervades Hollis Brown's songs.  They're not trying to reinvent the wheel because the rusty truck they're on still runs.  While most independent artists in New York seem determined to make their mark by finding the weirdest sound possible, the guys in Hollis Brown aren't willing to sacrifice quality songwriting for it. Michael Hesslein, who plays keys on the album, added another layer to a trio of fan favorites, "Nothing & the Famous No One," "Ride on the Train," and of course, "Gypsy Black Cat," which is where things really switched on for the band and the crowd.  I mentioned the Band before, and new song "Faith & Love" could've been an outtake from The Brown Album. "I wanna say thank you to the band for sticking with it and putting up with my bullshit," Montali said as his comrades left him to perform a solo "If It Ain't Me." 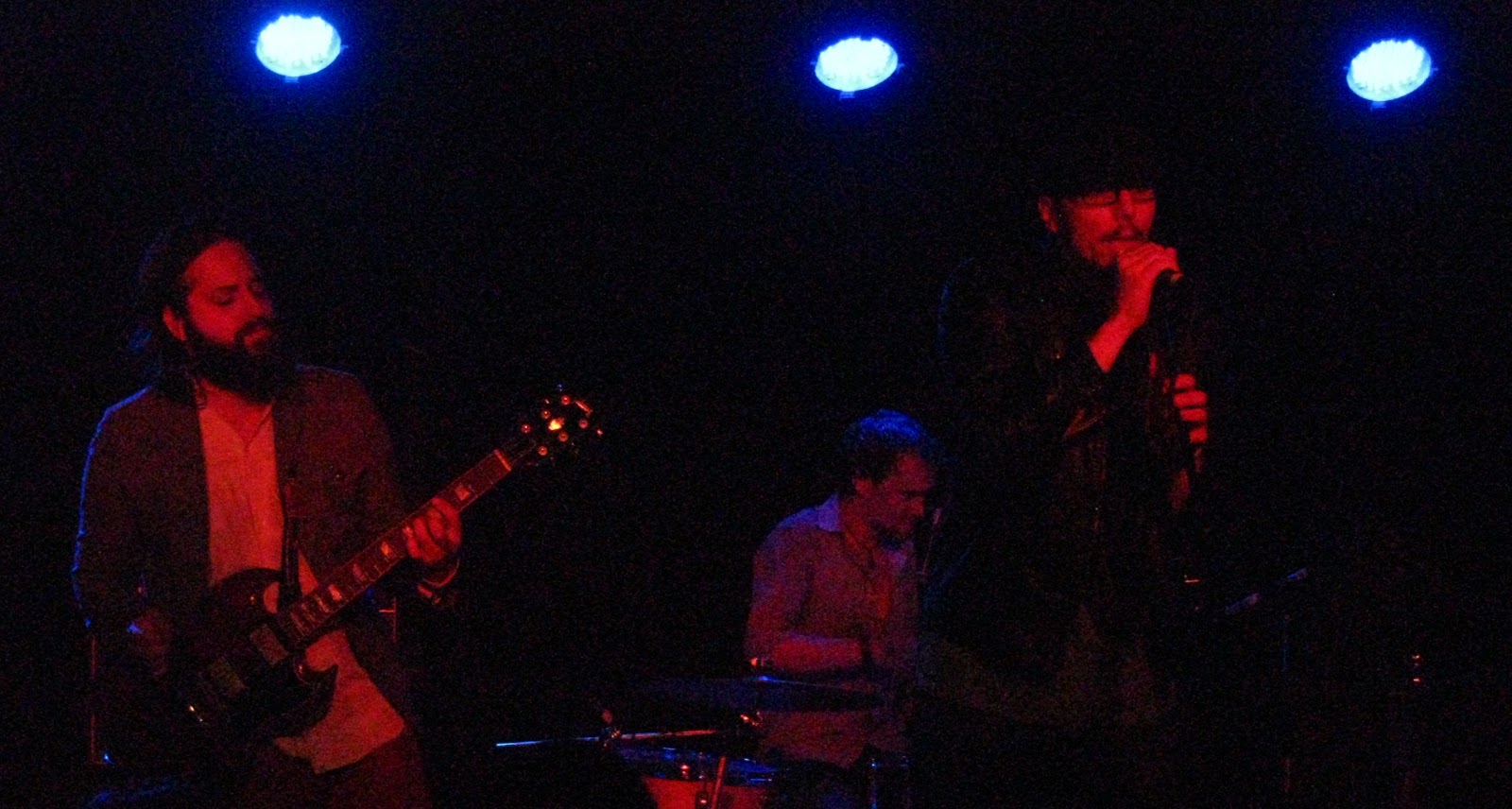 "We're gonna take a little break from doing our songs, and we're gonna do a song by Creedence Clearwater Revival," Mike announced as his cohorts returned.  "Green River" was met with cheers, but not as many as for their song, "Nightfall," which is saying something.   Bassist Dillon DeVito took lead vocals on "Carolina, Carolina."  At its end, he admitted that he wasn't a native New Yorker, but offered, "I think it took like 34 days on the road for New York to feel like home, so it's good to come back."  Hesslein was reinstated for the live debut of "Hey Baby," a tune where Jon Bonilla's guitar licks evoked the "woo woo"'s of "Sympathy for the Devil."  Montali set aside his six-string for "Cold City," the non-album single, which featured a super-funky breakdown from his bandmates.  The guy beside me who'd been yelling for "Walk on Water" all night finally got his wish when the song closed the set and marked the entire album played.  After a split-second encore break to wrangle Desert Noises from the crowd, the bands joined together for Neil Young's "Rockin' in the Free World."  Keep on rockin', boys.  Bands like Desert Noises and Hollis Brown may be a dying breed, but they're also proof that real rock 'n' roll will never die.

SET -
Doghouse Blues / Down on Your Luck / When the Weather's Warm / Nothing & the Famous No One / Ride on the Train / Gypsy Black Cat / Faith & Love / If It Ain't Me / Green River / Nightfall / Carolina, Carolina / Hey Baby / Cold City / Walk on Water