Daytrotter is one of the few music subscription services I pay for, and I'll tell you why.  It's awesome.  I was downloading from Daytrotter for years before they began charging, so I was initially irritated that I'd have to start coughing up the dough, but I only complained for as long as it took me to fill in my credit card information.  For just $24, you get a year's worth of access to their exclusive sessions, which you can download or stream, as well as thousands of streaming videos from Wolfgang's Vault.

Artists who record for Daytrotter range from unknowns to indie darlings to even a few legends, and genres run the gamut from electronic to rap to country.  Each session is recorded live to tape with no overdubs, and will occasionally feature cover songs or rarities.  I've discovered many bands this way, and I've also heard songs by my favorite artists before they were released on albums.  So give it a try.  It's only $2 a month, and you get to keep anything you download if you decide you don't like it/are a crazy person.  As an added bonus, if you buy a year membership today, you'll get a free 180g vinyl record.  I'll wait while you sign up.

Okay, now that you're signed up, you'll want to start listening right away.  As Daytrotter has been recording since 2006, there are now literally thousands of sessions, so the artist page can be daunting at first.  I'm here to help navigate.  It was tough, but I've narrowed down the list to my ten favorite sessions.  These are by no means the only ten you should get.  I have DT sessions by over 200 artists in my iTunes.  But think of these as a springboard to get you started.  Before you know it, you'll have made your own top ten.

(Also, if anyone at Daytrotter reads this, these would all make wonderful additions to your vinyl series.) 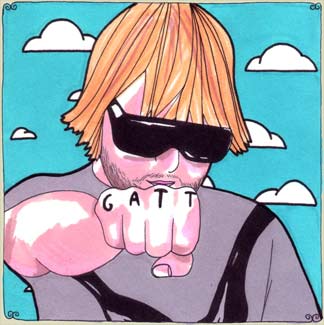 Before Blitzen Trapper made the critics swoon with Furr, they were a much weirder band.  Consequently sticking to the folksy formula that got them attention, they've never been as wild since.  This session does contain two great folk numbers, but it ends with "Woof & Warp of the Quiet Giant's Hem," three minutes of cacophony just as wacky as its title.  It's also the only place you'll hear "Big Adventure," the rocker BT were closing shows with in 2008. 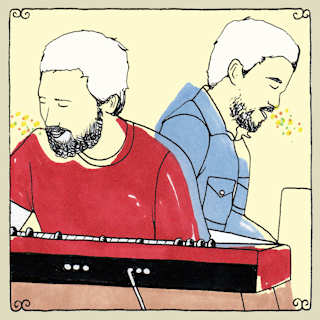 Barbara and Ethan Gruska are the grandchildren of composer John Williams, so a lot's expected from a band with that musical lineage.  Fortunately, the Belle Brigade's sunny folk-pop continues the tradition nicely.  As the siblings harmonize sweetly, the band makes generous use of Daytrotter's piano, tinkling ethereally during "Losers" and transporting "Sweet Louise" into the can-can show at a Wild West saloon. 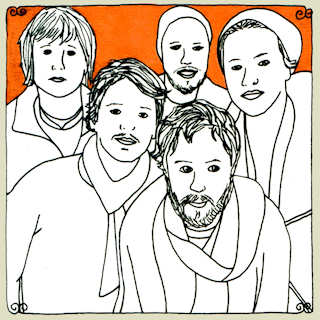 I discovered Local Natives through this session, which actually ruined me for their album release.  When Gorilla Manor dropped, the tracks seemed sterile, concentrating too much on perfecting the vocals, and missing some of the spark of this session.  The one-take aesthetic of Daytrotter really worked in their favor here.  "Airplanes" holds the title of my most-listened-to Daytrotter track. 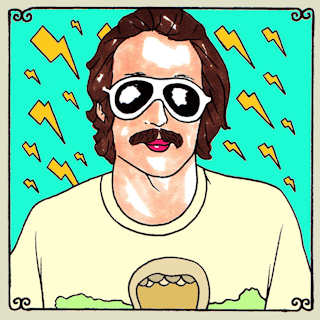 Most sessions begin with a track called "Welcome to Daytrotter" that is essentially the artist saying, "This is ____, and you're listening to Daytrotter."  I usually delete them for this reason.  Deer Tick had some fun with it this go 'round though, so this was one of the rare ones I salvaged.  Deer Tick concerts are drunken parties that frequently go late, and this session sounds like it was recorded the morning after such a show... and it doesn't sound like they slept.  It's as authentic and raw as John McCauley's raggedly beautiful voice.  Bonus points for the cover of Jim Croce's "Bad, Bad Leroy Brown." 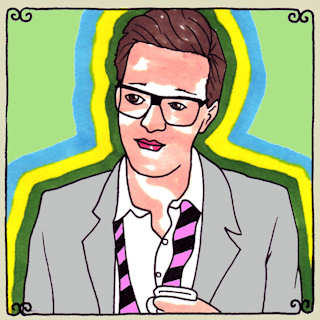 Mayer Hawthorne's soulful How Do You Do was my favorite album of 2011, so I was delighted when this one came out.  Backed by his band, the County, Hawthorne takes four HDYD tracks and imbues them with that live energy found at his shows.  "A Long Time" truly cooks by its end, but if I had to spotlight a singular moment from the session, it would be in "The Walk" when MH punctuates the line "From the moment that I met you, I thought you were fine, so fine / But your shitty fucking attitude has got me changing my mind" with a quick "That's right, bitch."  Classic. 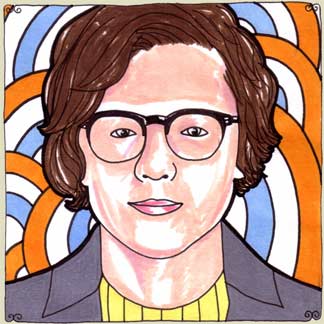 There are hundreds of Daytrotter sessions that consist solely of an artist accompanied by his/her acoustic guitar.  My favorite is by Australian musician, Whitley.  Featuring a pair of tunes from The Submarine and early versions of two from his sophomore album, these four performances are filled with so much emotion that it hurts to listen to them.  And sometimes you need that. 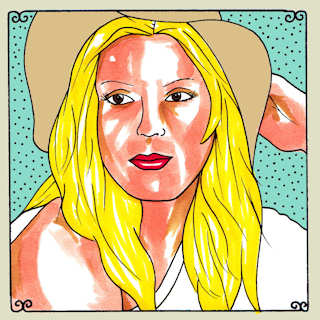 This beast was actually released today.  After two three-song sessions, Grace and company returned for this marathon of eight originals and two covers.  The excellent Neil Young-inspired guitar solo in "The Divide" gives way to a solid rendition of Young's "Cinnamon Girl," but the show-stopper is the mid-session medley of "Stars," "The Lion the Beast the Beat," and "Paris," with a bit of Pink Floyd thrown in for good measure.  Honestly, if it were its own session, it still would've made my top ten.  "The Lion" transitions perfectly into a "Paris" that has never sounded more layered.  Die-hards will also appreciate the appearance of rarity "Belladonna." 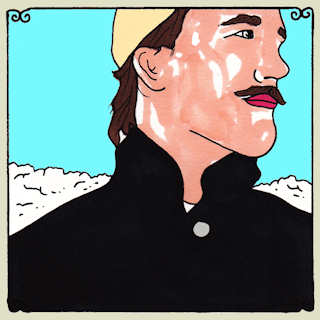 When I first saw Rayland open for Donavon Frankenreiter at Brooklyn Bowl, I knew he was a special talent.  The Nashville native creates beautiful folk melodies with lyrics that recall Dylan in their poetry, except that Baxter can actually sing.  A heaping helping of steel guitar adds a nice country twang to the session, which I sequence with "Olivia" first because that's when Rayland gives his greeting.  Remember how I said you get a free vinyl when you sign up?  Well, it's a split with Rayland and Grace Potter. 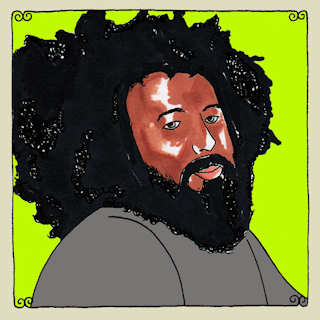 A master of improvisation, Watts creates four new songs from scratch, the shortest of which is still over 6 and a half minutes long.  While Watts' tunes are normally bent in a humorous direction, without an audience to procure laughs from, here he focuses more on the musicality to dazzling results.  Don't fret if you came for the laughs though 'cause you'll get them in the songs' introductions.  Watts crafts gems in every genre, ranging from the upbeat R&B of "Retaliation Under Duress" to the piano ballad "Fictional Entities."  My favorite cut is "Panther Quest," which is quintessential Reggie. 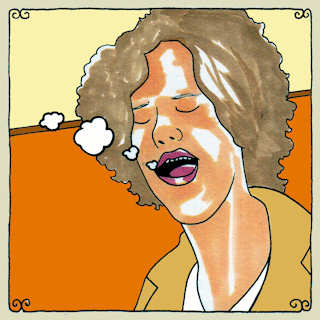 It was almost two years ago when I saw a session pop up on Daytrotter by a band called Hurricane Bells.  Intrigued, I clicked through to hear some insanely catchy, fuzzy, indie rock.  Steve Schiltz loves his whammy bar, a guitar accessory not many bands use anymore or at least with such proficiency.  Listen to him rock out on "Monsters," get introspective on "The Cold Has Killed Us," and combine the two on "Tonight I'm Going to Be Like a Shooting Star."  Schiltz and band churned out eight songs for the session, a gracious amount of music to tide me over until my CD arrived in the mail.