Sister Sparrow & the Dirty Birds kicked things off with a lengthy set of soulful rock 'n' roll.  After an opening salvo from the seven-piece band, singer Arleigh Kincheloe sauntered out from backstage to lead them on "The Long Way."  At first glance, Kincheloe recalled Carly Rae Jepsen, with her petite frame and brunette bangs.  The comparison stopped as soon as she opened her mouth.  Her bluesy vocals accented by howls and shrieks assured that she would never be caught dead singing "Call Me Maybe."  There is no "maybe" in that voice.  Tugging at her sheer blouse and gold necklaces, Sister Sparrow gyrated her narrow hips as she sang every song like it was her last, including a cover of "Back in Black."  Kincheloe is not the only musical member of her family though.  Her cousin Bram manned the drumkit, and her brother Jackson impressed everyone with his harmonica solo, "Bulldozer."  The Dirty Birds closed with "Road Trip," which ended with an a cappella and handclap breakdown.  Without the blast of the horns, Arleigh's amazing voice was spotlighted even more.  After almost an hour onstage, Arleigh informed the crowd, "We're all in for a treat tonight.  I cannot wait to be on the dance floor with all of y'all."

I had no idea how big the treat would be.  I'd seen Soulive with Karl Denson in Central Park, and even caught Krasno's solo show at the Slipper Room, so I figured I should go to at least one of the eight Bowlive shows this March.  I decided on Friday's show with Lee Fields and Robert Randolph because I'd never been in town for Randolph's annual Thanksgiving shows at the Bowl. 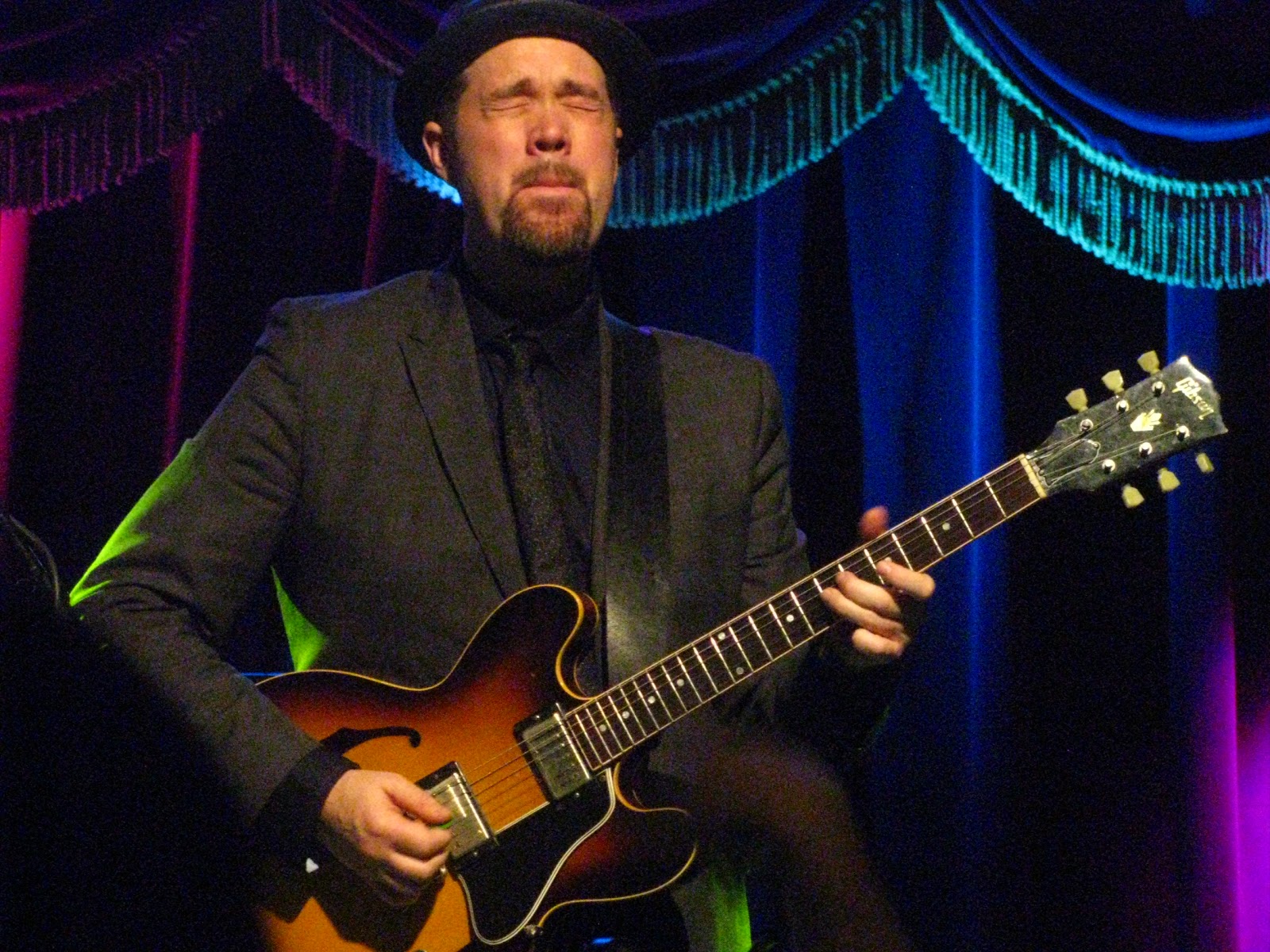 The trio hit the ground running with the deeply funky "El Ron," which they followed with a sparkly "Dig."  Listening to the tunes in this order, with "El Ron" unearthing its nasty groove and "Dig" priming the rockets for space exploration, the songs should have swapped names.  But what are titles to instrumental music, anyway?  "Dig" dug right into "Rudy's Way," with Krasno making that pained bulldog puppy face he does when he's really feeling it.  Another Get Down! track, "Uncle Junior," came next, culminating in some keyboard sounds from Neal that resembled the Psycho shower scene.  Soul singer Lee Fields then joined the band, along with Dave Guy on trumpet (I don't know that he sleeps; just goes from show to show every night.) and Mike Buckley on tenor sax.  Looking sharp in a silver suit, Fields showed off each aspect of his wonderful voice over the course of three songs: his power in the black anthem "We Fought for Survival," his sensitivity in "You're My Weakness," and his melodic soul in a cover of Otis Clay's "Trying to Live My Life Without You."  I can't wait to see a whole show from him. 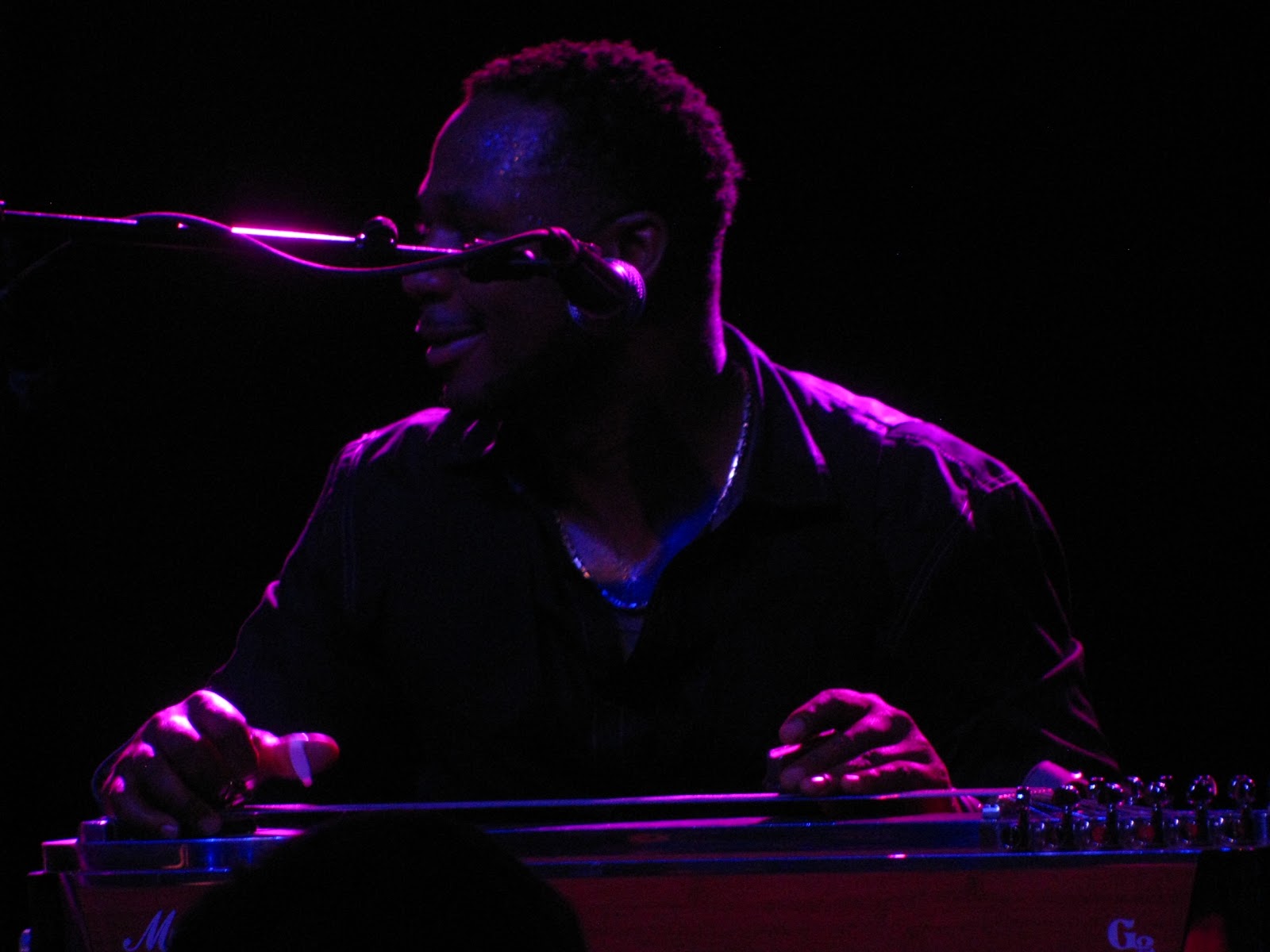 "We're really glad you didn't go home," remarked Alan when the band returned almost forty minutes later.  "So glad you could join us for set 2 of 3," he added, holding up three fingers for all to see.  This was going to be a long night.  After Soulive played one of their classic cuts, "Aladdin," Robert Randolph, donning a Mardi Gras mask, took a seat behind his pedal steel guitar beside the drums.  He charged right into the intro of "Foxey Lady," with Alan taking vocal duties.  Randolph's high-energy "Ain't Nothing Wrong with That" came next, forcing the crowd to dance and clap along.  Lee Fields returned for a medley that included "Sex Machine" and Funkadelic's "I Got a Thing," but the real highlight of the set was a stretched-out "Papa Was a Rollin' Stone" that had Randolph playing his guitar with his tongue.  Talk about tasty licks.  Mike Buckley also dropped a furious sax solo in the song's second half.  As they continued to jam, the hip-hop elements moved to the forefront, and Randolph took the opportunity to spit some Das EFX lyrics.  "They Want EFX" led into an instrumental "Crosstown Traffic," a track on which they'd collaborated for the Break Out album. 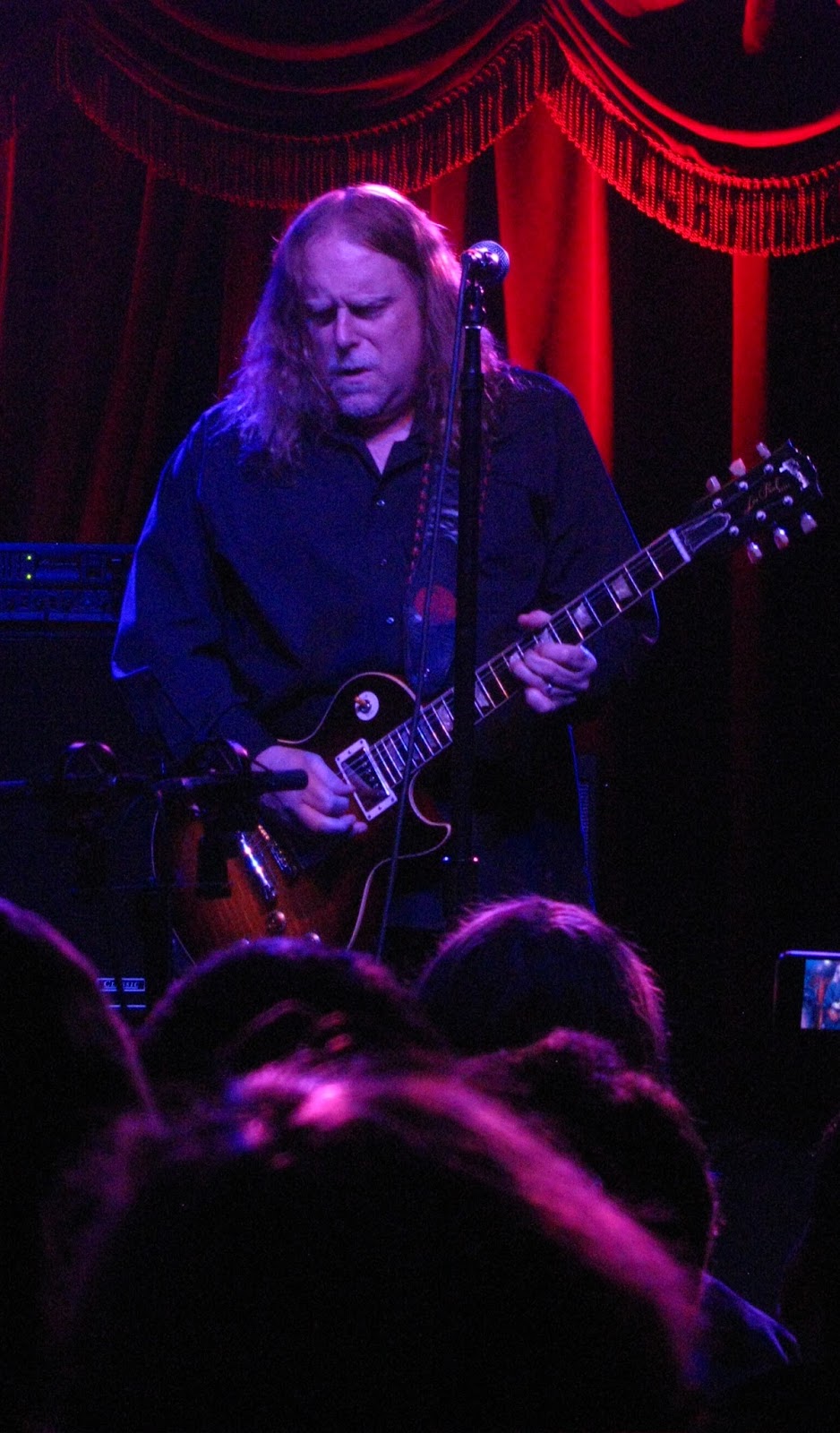 Now almost 1:30am, Soulive started their third set with "One in Seven."  After they'd established the blueprint of the song, an unannounced Derek Trucks appeared to help them build it into something really special.  All the evidence could be found in the smile on Neal's face as he watched Eric and Derek trade lines during the song's final section.  But Trucks split that cab he took from the Allman Brothers' gig at the Beacon.  Warren Haynes emerged from backstage, and took the reins for a soul-drenched "Thrill is Gone" and his own "Everyday Will Be Like a Holiday."  Robert Randolph came forth yet again, this time accompanied by trombonist Saunders Sermons, for blues standard "The Sky is Crying," which saw all four guitarists creating a gumbo with each of their distinct flavors. Neal even conducted Alan to lessen his volume so they could listen to the four at work.  At its end, Alan stated, "We've got one last song.  Gotta go home and get some rest.  We've got shows to play tomorrow."  Perhaps it was the tease of "Them Changes" in Sister Sparrow's "Too Much" that inspired the final number, but whatever the reason, Buddy Miles' infectious ditty got the full, funky treatment here, with smiles gleaming on every band member.

My weekend schedule has been screwed up immensely by the late night, but what a way to screw it up.  Let me know how the remaining nights go.  Friday's will be hard to top.

SET THREE (1 hour, 3 minutes) -
One in Seven / The Thrill is Gone / Everyday Will Be Like a Holiday / The Sky is Crying / Them Changes

*I need help with the names of these.  Full review with photos to come later.
at 2:27 PM