Stanton Moore appeared alone on the darkened stage, explaining that Anders Osborne's flight was delayed. He was taking a taxi to the venue, so he urged us not to worry: "Take a breather. Have a drink. This is gonna be worth it. I promise." The New Orleans supergroup Dragon Smoke, consisting of Ivan Neville on keys, Galactic's rhythm section of Rob Mercurio and Moore, and Osborne on guitar (standing in for Eric Lindell), has traditionally only played on the Tuesday in between weekends at New Orleans Jazz Fest, plus a handful of West Coast gigs, so last night's concert at Brooklyn Bowl was a true rarity.

They enlisted Anders' friend and collaborator, Billy Iuso, to open the show. Anybody that starts their set with a Funkadelic tune is alright by me. I was just outside the Bowl when I heard Billy and his band rev up "Red Hot Mama." I made my way inside, and grabbed a Brooklyn Blast and a choice spot in the center of the floor. They followed with "The Other One" without getting cryptical. Iuso grew up following the Dead, eventually settling down in New Orleans, so it's only natural that he sounded like Garcia flirting over a keyboard-heavy groove. "Impatient Ain't Ya" had Billy interlocking his guitar lines with a fantastic harmonica player.  The harp sounded amazing through the speakers, but the skilled basslines could have been louder in the mix. The gifted bassist took a lengthy solo on the DMB-esque "The Spark," but then the song deteriorated into an unremarkable drum section leading into the blues romp "Love Slip Up on Ya." They really would have benefitted from a more experienced drummer, but his shortcomings were made up for by the imposing presence of the Native American harp-player. His waist-length tendrils of black hair flowed like a dementor as the electricity (static and musical) connected him with Iuso. They closed with "Trippin' Over Dragons," a fitting choice given the headliner. 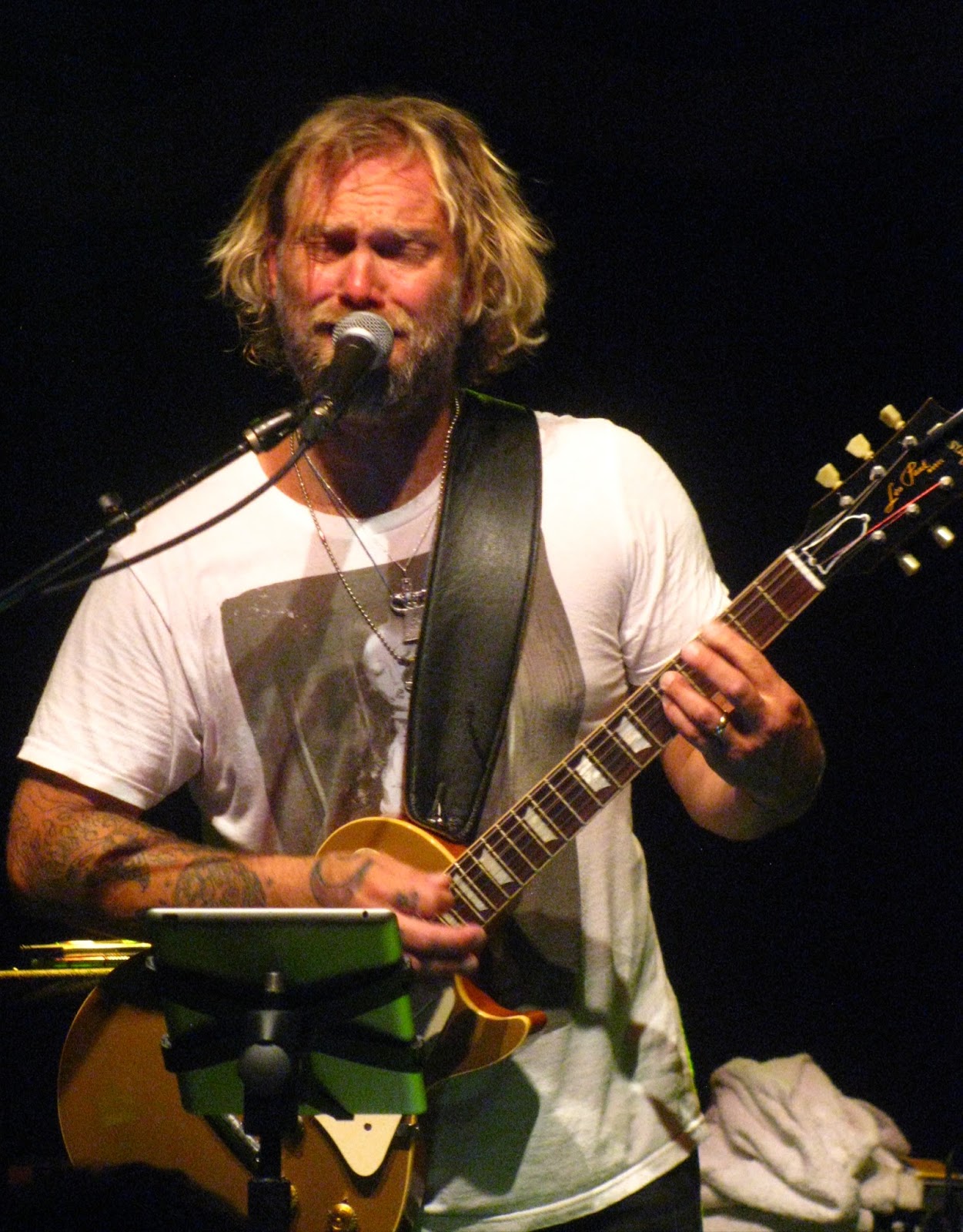 Dragon Smoke didn't start with a wisp; they billowed out with Anders' tune, "Darkness at the Bottom." You would've never guessed that they play together so infrequently (aside from Mercurio and Moore, obviously) from how well they meshed. Next up was the funky "Let a Woman Be a Woman" which segued into an incredible "Woke Up This Morning, the theme from The Sopranos, in tribute to the late James Gandolfini.  My face hurt from smiling so hard, but Mercurio's jowls are likely still sore today. While all members were clearly having a ball at the Bowl, the bassist spent most of the show gleefully dropping his jaw at each musical surprise. Billy Iuso joined them for a dancey "Franklin's Tower," playing rhythm to Anders' lead. Once they'd finished, Ivan went on a strange tangent about how the song was "too midrange-y." "Midrange, don't need it," stated Neville. He continued by sharing a few funny acronyms for the airline Anders had traveled on: "Don't ever leave the airport. Don't expect luggage to arrive." Anders, however, had nothing negative to say about the company, even pulling out his cellphone to take a video of the crowd shouting, "Thank you, Laura and Patrick!" to the Delta employees who helped him arrange another flight when his was going to be delayed by six hours.

Their cover of "Ohio" was quite the powerhouse, with Osborne's vicious solo coaxing Stanton off his stool to bang out the beat standing up. The song shifted as Anders ventured across the stage to provide the noodles to Ivan's hearty sauce. Bill Withers' "Grandma's Hands," took a healthy dip into the song that so famously sampled it, "No Diggity." Ivan led the crowd on a soul clap into "Papa Was a Rollin' Stone," and utilized them again to supply the chorus. "Maggie's Farm" delved into space by way of India, and "Will It Go Round in Circles" finished out the over two-hour-long set. 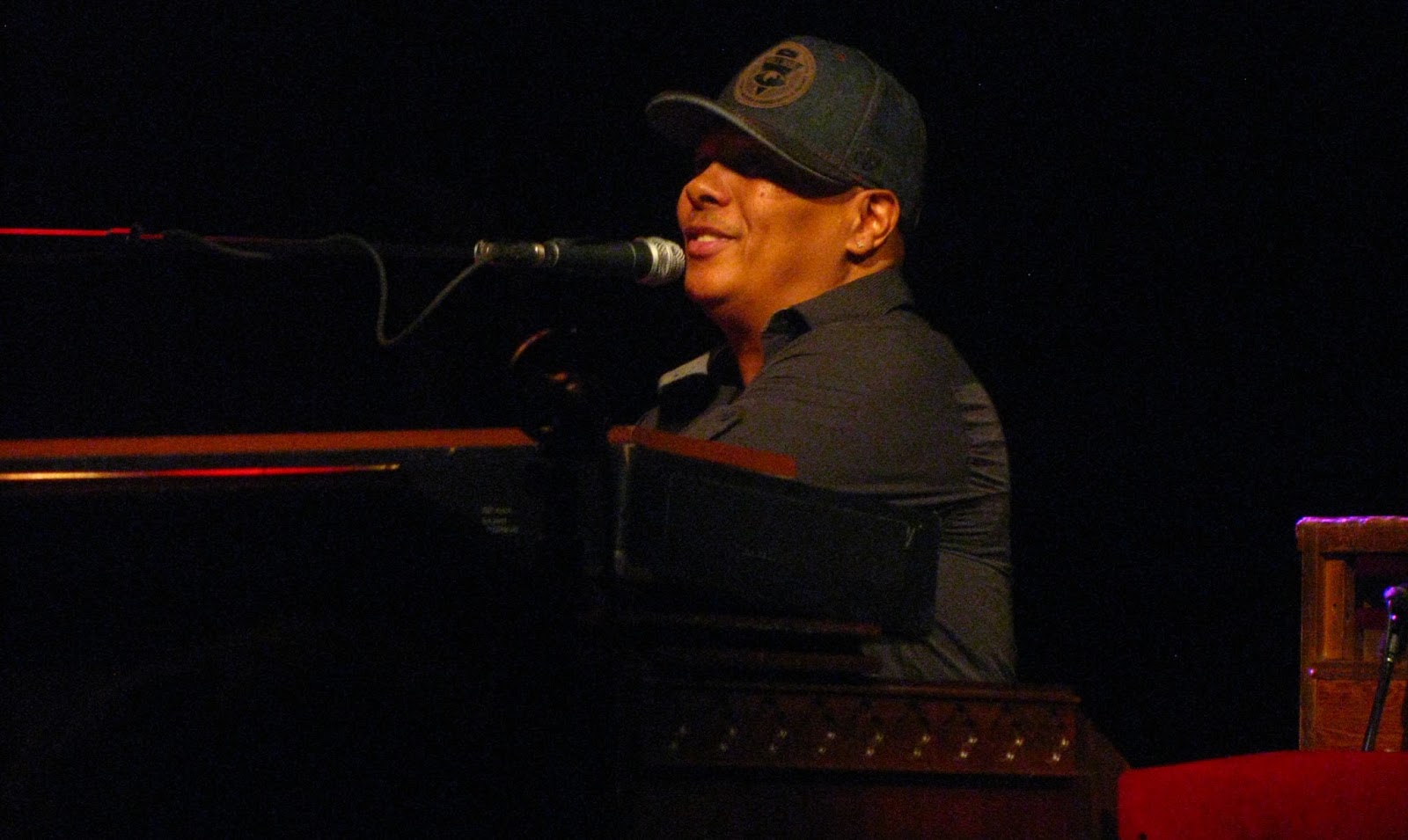 A minute and a half later, Dragon Smoke emerged for the encore. "We gonna dedicate this to the memory of James Gandolfini, y'all," announced Neville. The band cued up a reggae beat, and the last thing I expected was Ivan to start crooning Fleetwood Mac's "Landslide." As I looked around the room, from the smiles onstage to women in the crowd doing their best Stevie Nicks impressions, twirling their arms around in slow-motion, it was apparent that the band had delivered on Moore's promise.

SET -
Darkness at the Bottom / Let a Woman Be a Woman > Woke Up This Morning / Louisiana Rain / Hercules / Franklin's Tower (feat. Billy Iuso) / Ohio / Somebody Sleepin' in My Bed / Echoes of My Sins / Grandma's Hands > No Diggity > Grandma's Hands > Papa Was a Rollin' Stone / Maggie's Farm / Will It Go Round in Circles