The Postelles Deliver a Great Show Despite the False Advertising

When the Postelles announced that they would be playing their latest release ...And It Shook Me in its entirety at their tour-closer at the Studio at Webster Hall, I knew I had to go.  It has all the hooks and singalongs of a great summer album, but there's an alluring sense of melancholy about it as well.  It's no coincidence that the record's cover depicts the band members sprawled in the sand on a well-traveled beach after everyone else has gone home.  I was pumped to see the rest of the new numbers live, as this would be my third Postelles concert this year. 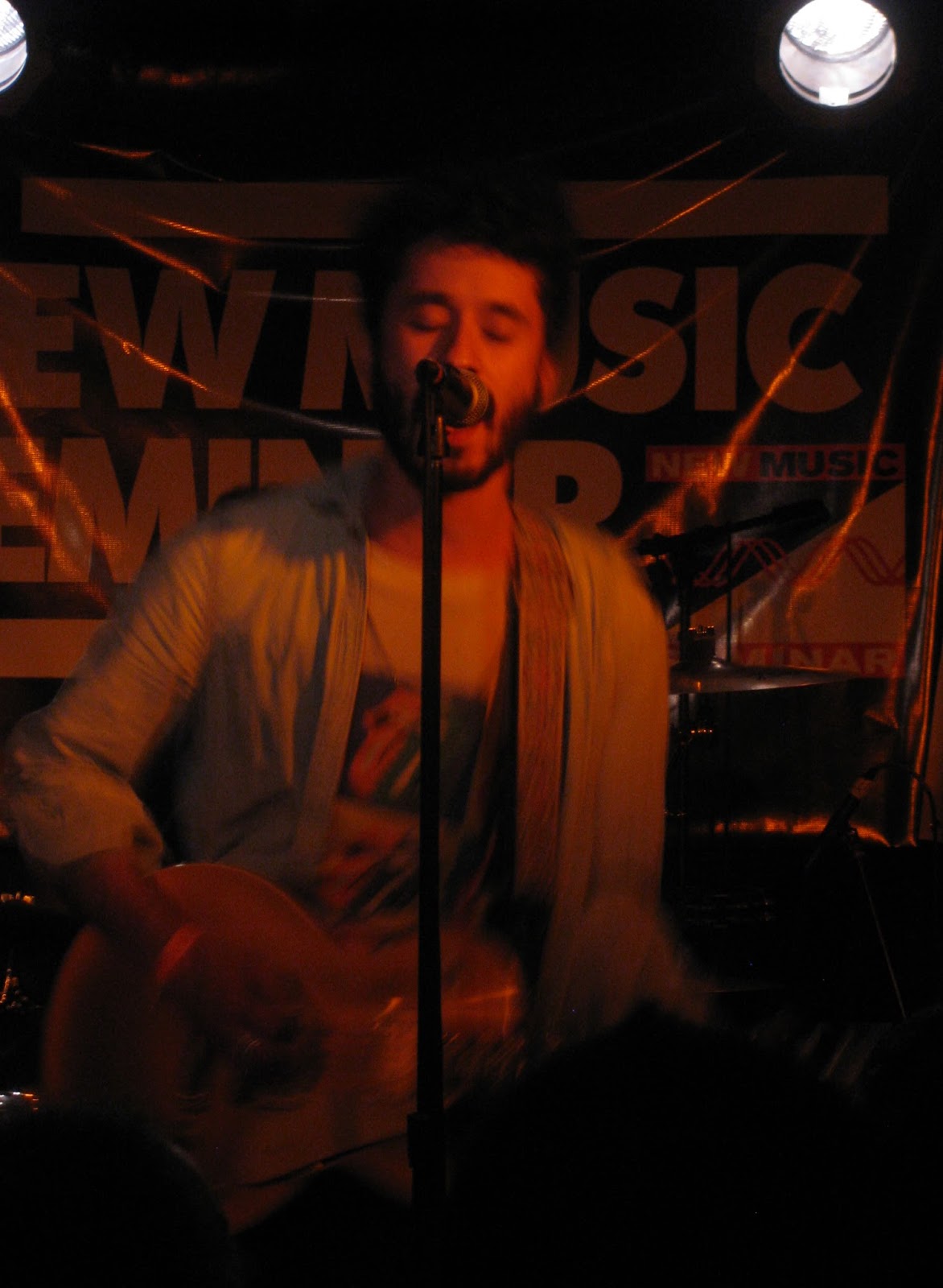 A few minutes after 10, the band took took the tiny stage and charged right into "Running Red Lights."  This meant the tracklisting wouldn't be performed in order, but no worries, as the song was a nice introduction to their soul-tinged pop/rock sound.  A quick dip into their debut with "Sound the Alarms" revved the crowd up even more for the choice "Caught by Surprise" that followed.  Daniel Balk wore a Rolling Stones '89 tour shirt, and thankfully limited most of his Jagger pantomiming to the first few tunes, though a well-timed point to the venue's low ceiling while hitting the "When I look in your eyes!" line in reggae fashion was a shining moment.  The tender title track gave way to "123 Stop," and the floor exploded with fans singing and jumping along.  The momentum carried into "Hey Little Sister," which ended with Balk coaxing the crowd to repeat the refrain several times.  "You guys sound beautiful tonight!" he complimented.

I'd like to take a moment to give David Dargahi some props, as he's definitely an underrated guitarist.  David serves the songs with his six strings, knowing precisely when to deliver that exact jangle to keep you nodding your head, or that right crunch to add depth to a ditty's emotion.  He's also capable of some serious shredding, as he proved last night with his solo in Wreckless Eric's "Whole Wide World."

The crowd was a visual representation of "Can't Stand Still," dancing as Balk cried out the chorus, leaving his microphone with a fan in the front row to finish out the song.  Before "Pretend It's Love," Balk revealed they only had a few more left, which left me scratching my head.  If they were playing the whole album, they, in fact, had quite a few left.  "We apologize, Webster Hall, but we really wanna fuck this place up," Daniel said, inviting as many fans as would fit onto the stage for "Stella."  It was visually interesting to see the onstage fans singing along, sneaking kisses on Daniel's cheek, and bouncing around, but sadly, Dargahi was nowhere near his mic, so his background vocals were left to the small group of us who remained on the floor.  "That must've sounded like shit. Alright, now get off the stage, you crazy motherfuckers," Balk commanded at the song's end.  But all's well that ends well, as they reprised the final bit to make up for it.  They closed the set with "Tidal Wave," Balk instructing the audience to pogo up and down.  They left the stage with the ...AISM count at 7 for 12, forecasting a lengthy encore.

We got the length, but only one more track from the album.  Billy Cadden's drums kicked off a raucous version of their usual encore starter, "Boy's Best Friend," after which the band paused to inform us that this next song would be its first time played.  "You might notice some people in the audience who look like us.  Those are our parents, and this song is for them," said Dargahi, taking his place at a synthesizer for "Parallel Love."  They did an admirable job on the slower number, which sounds like it could be a Nightmare of You b-side, but they obviously felt the need to amp things up once again after it ended.  Daniel downed a shot of tequila and they pounded out "Beat on the Brat," the highlight of which was a Dargahi solo that deftly combined blues and surf rock, too technically advanced for the Ramones to have ever been able to play.  "Sleep on the Dance Floor" was an unexpected treat before the obvious last song, "White Night."

I discussed the merits and downfalls of album-themed setlists in my review of the Wailers earlier this year, but I just wanted to iterate that there's a certain expectation when you advertise that you are playing an entire album... and it's that you play the entire album. The Postelles played 18 songs last night, meaning they could have easily performed the 12-track record, and still had time for a few covers, "123 Stop," "Stella," and "White Night" to make the kids go bonkers.  Don't get me wrong; the concert was great.  The band was relaxed, the crowd was energetic and adoring, and the sound mix was decent considering how eardrum-shattering it can be in that room.  I even got my wish for a vinyl release, so I'm not going to complain.  I was just really looking forward to hearing "Oh My Luck" live, but I guess that's just my luck.