The Main Squeeze Plays to the Worst Crowd Ever

If you saw the Main Squeeze at Gramercy Theater last night and were wearing a plaid button-down, do the world a favor and kill yourself.  Yes, all thirty of you.  I have been to hundreds of concerts in my life, and I can't remember the last time I've been in the same room as such oblivious assholes.  It was like I wasn't even there as they stumbled into me, spilled their drinks, stepped on my feet, and leaned on me for support.  I only heard one person say, "Excuse me," the entire night, and I let him right by.  The weirdest thing was these dudes would push by me without regard just to go over and excitedly hug another bro.  More than half of the audience talked regularly throughout the concert.  Halfway through, I'd had enough and made my way to a seat in the back.  Okay, I'll try to contain my musings to the performance now.


It's too bad the show was wasted on the worst crowd ever because the Main Squeeze gave it their all.  Corey Frye accidentally knocked over the mic stand in "Shake It Off," revealing at its end, "Having a little too much fun up here, y'all."  Frye is a classic case of "you can't judge a book by its cover," as you'd expect a much deeper voice to come from the portly frontman.  Instead, he's been blessed with a beautiful tenor, although if he had more range on the lower side of the scale, it would serve the band even better.  The night's best moments came when his high voice contrasted with the heavier, almost funk metal songs like "Tank X-ing," or when he wasn't singing at all and the band was able to embark on some tasty melodic jams.  The section linking the Grateful Dead's "Shakedown Street" and the Squeeze's "Grow" was especially heady.  The band combined these strengths to great effect on "I'll Take Another," which opened slowly with intergalactic Moog lines from Ben Silverstein before exploding with Frye's shouts of "One more!" 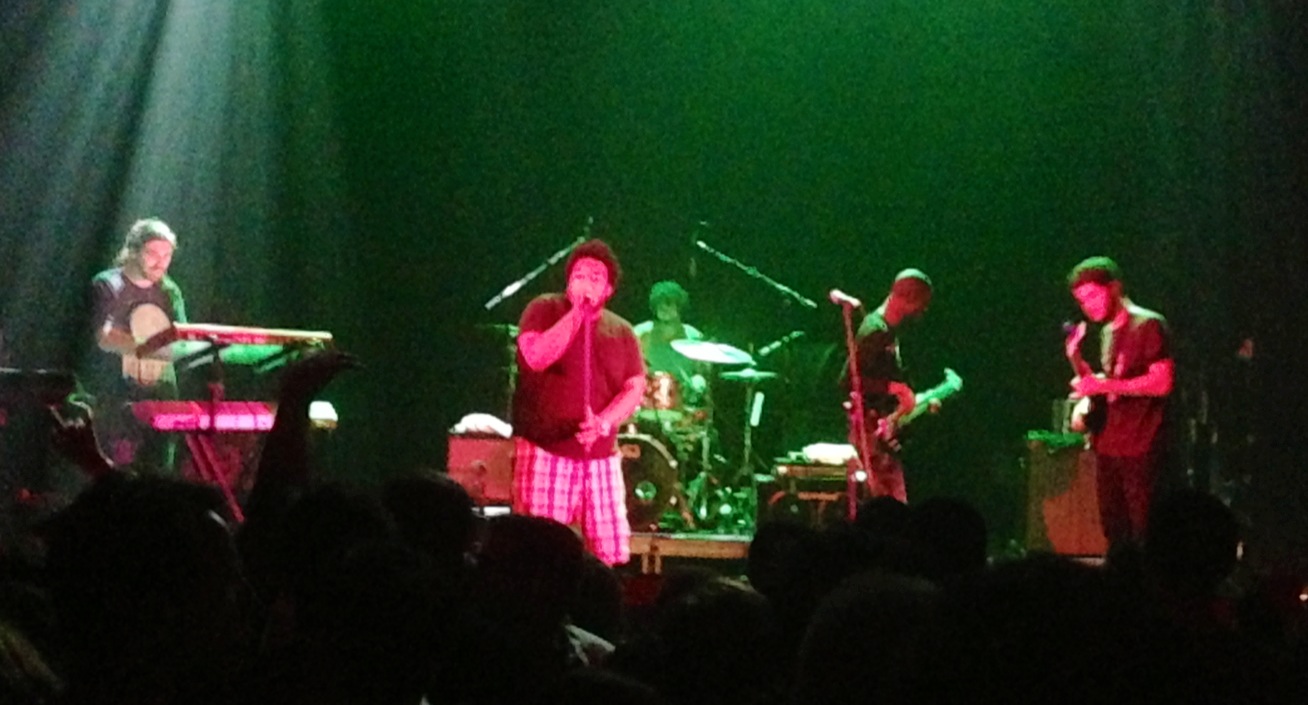 The cover of Michael Jackson's "Man in the Mirror" was a pleasant surprise, but the highlight of the evening was without a doubt, the nearly 23-minute encore.  I even evacuated my seat and returned to the sea of pricks 'cause I had to see it from the floor.  Beginning with "Spines" from First Drops (which you can download for free here), a tease of Outkast's "Spottieottiedopaliscious" accompanied them as they boarded the space shuttle on a colossal Particle-style jam of "2001," touching back to earth briefly with a bit of "The Ants Go Marching."  Jeremiah Hunt, who had spent most of his night tightly laying down the bottom, was now freed to venture up and down the neck of his six-string bass, even going as far to start a call-and-response with the crowd to sing his riffs back to him.  Corey spent the jam in the wings, gleefully watching his bandmates tear shit up.  After such a fantastic finale, I'm not sure why there wasn't someone manning the merch table to sell CDs, but I left $10 on the table and grabbed a disc.  Hopefully the band got it, and not some shitfaced douche in plaid.