Still experiencing tinnitus from the previous night's P-Funk show, I managed to bring myself to hop on the G train to check out JC Brooks & the Uptown Sound at Brooklyn Bowl.  I'm glad I went.  Brooks is one of those charismatic performers that you have trouble taking your eyes off.  Coming from a theatre background, he is an obvious showman, whether acting out his lyrics, engaging the crowd directly, or two-stepping from end to end of the stage.  You'd only look at him if it weren't for percussionist Jeff Galusha, whose enthusiasm was just as captivating, and allowed you to divvy out attention amongst the band.  I guarantee you've never seen a man play triangle so fiercely. 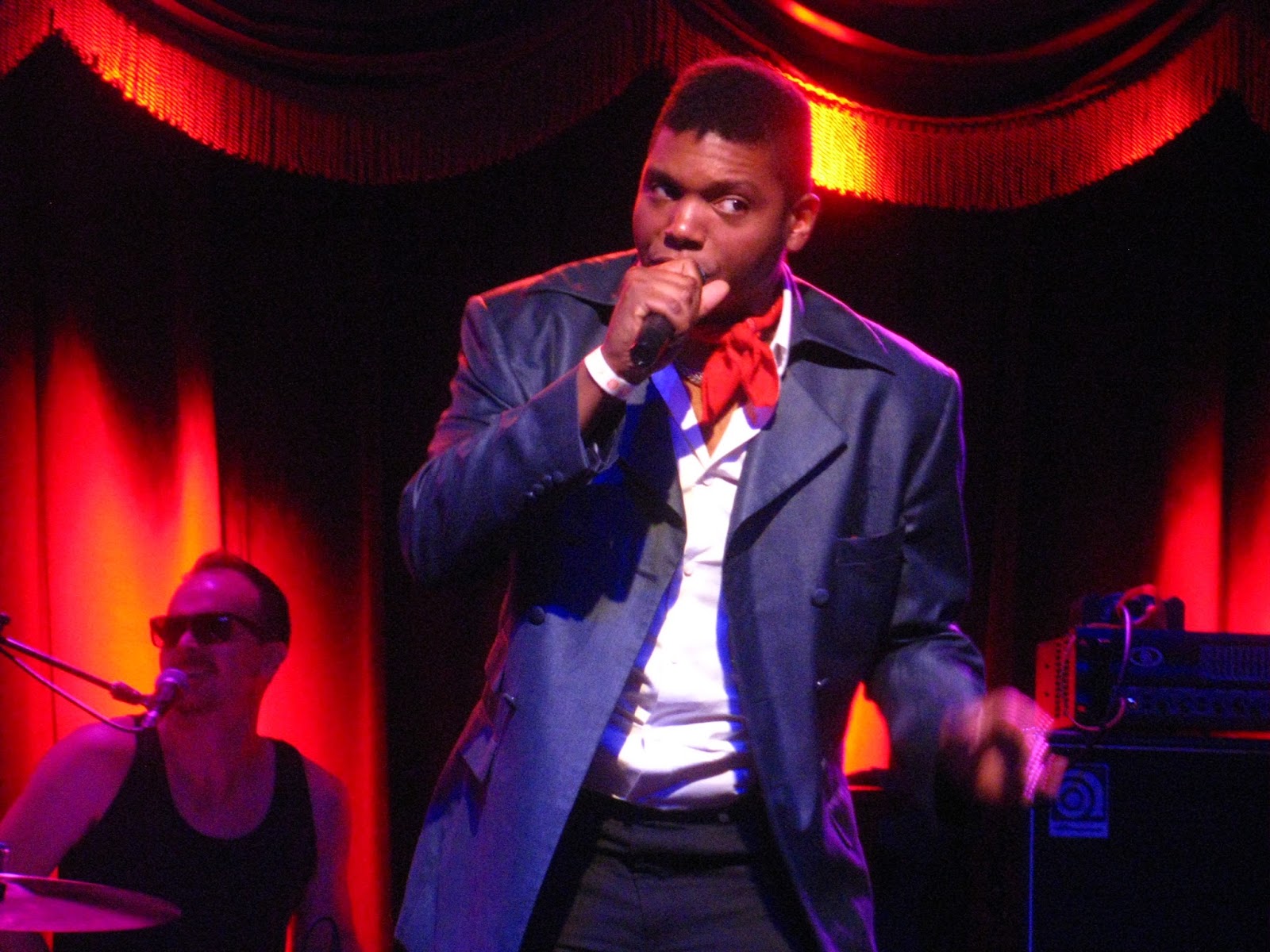 "We're gonna start things off a little different tonight," Brooks announced, as the Uptown Sound chugged into a faster take on Blackstreet's "No Diggity."  The entire room morphed into an all-out dancefloor and stayed that way for the next hour and a half.  Brooks' suit jacket lasted two more songs before he claimed, "It's too hot for this shit," and revealed his suspenders.  Two more songs and they were down, his shirt untucked.  "I Got High" found JC injecting little asides into the lyrics, including a songbird's falsetto "bye bye" after "I can't kiss the pain goodbye."  After a gospel cruise down "River," Ben Taylor stepped in with the bassline to "75 Years of Art Sex," the band cramming in nearly as many years of music history with forays into "Need You Tonight," "Crazy in Love," and "Fever."  For "Baaadnews," Brooks employed the audience on one of the wildest call-and-responses I've heard: jungle noises.  He apologized "Sowwy" to the crowd as he sang "Baltimore is the New Brooklyn," but it went over well considering the location.  The slow-burning "Awake" was dedicated to the 50th anniversary of the March on Washington.  JC shared some advice, "I don't expect to find many conservatives in this crowd.  But if you're liberal or conservative, I don't give a fuck.  If you've got questions, err on the side of compassion."  They closed the set with the Neil Young-flavored "Control."

Shortly thereafter, they returned to find the stage drenched in sweat and beer.  "Y'all rowdy as shit. Y'all get the Nets, and think you're somebody," Brooks teased.  "I'm just fuckin' with you," he added.  He played preacher a bit, asking for witnesses before "Everything Will Be Fine."  They wrapped up the evening with what has become their signature song, an R&B version of Wilco's "I Am Trying to Break Your Heart."  While I didn't really get the punk vibe that some suggest they have (I'd say it's more new wave.), it was an entertaining show.  To find out if Baltimore really is the new Brooklyn, head on down to the Metro Gallery and see JCBUS tonight.

ENCORE -
Everything Will Be Fine / I Am Trying to Break Your Heart
at 1:24 AM