Shuggie Otis Returns to Brooklyn with a Solo for the Books

Shuggie Otis played at Music Hall of Williamsburg back in April, and he has confirmed that concert will be released as a live album. After today's gig in the Metrotech Commons, perhaps he should rethink his decision.

It was challenging to find a good sightline through the jumble of tree trunks in the plaza, but I managed to grab a chair where I could clearly spot Shuggie looking cool in his blazer, shades, and white pants, all topped off with a hat. I was worried I'd have to wait for Shuggie to remove his hat for things to really get cookin' like they did at MHOW, but he didn't take it off and I didn't have to wait. After a so-so "Inspiration Information," James Manning threw down a dank bassline for "Tryin' to Get Close to You" that had my head bobbing for the whole song. Following "Aht Uh Mi Hed," "Me & My Woman" gave Shuggie a chance to work out his blues through his Gibson SG. Beginning with an extended jam, "Sparkle City" progressed until Swang Stewart encouraged the audience to clap as he segued into the keyboard-led groove of "Miss Pretty." And then the magic happened. Starting his solo with a series of blues licks, Otis then turned his attention to his pedals, churning out tsunamis of feedback. As Shuggie began to shred up and down the guitar's neck, he snuck in chunks of feedback over the band's "Cosmic Slop"-reminiscent rhythm. The crowd clapped with vigor at its end, easily the best guitar solo I've heard since Gary Clark, Jr.'s scratchfest in Memphis. 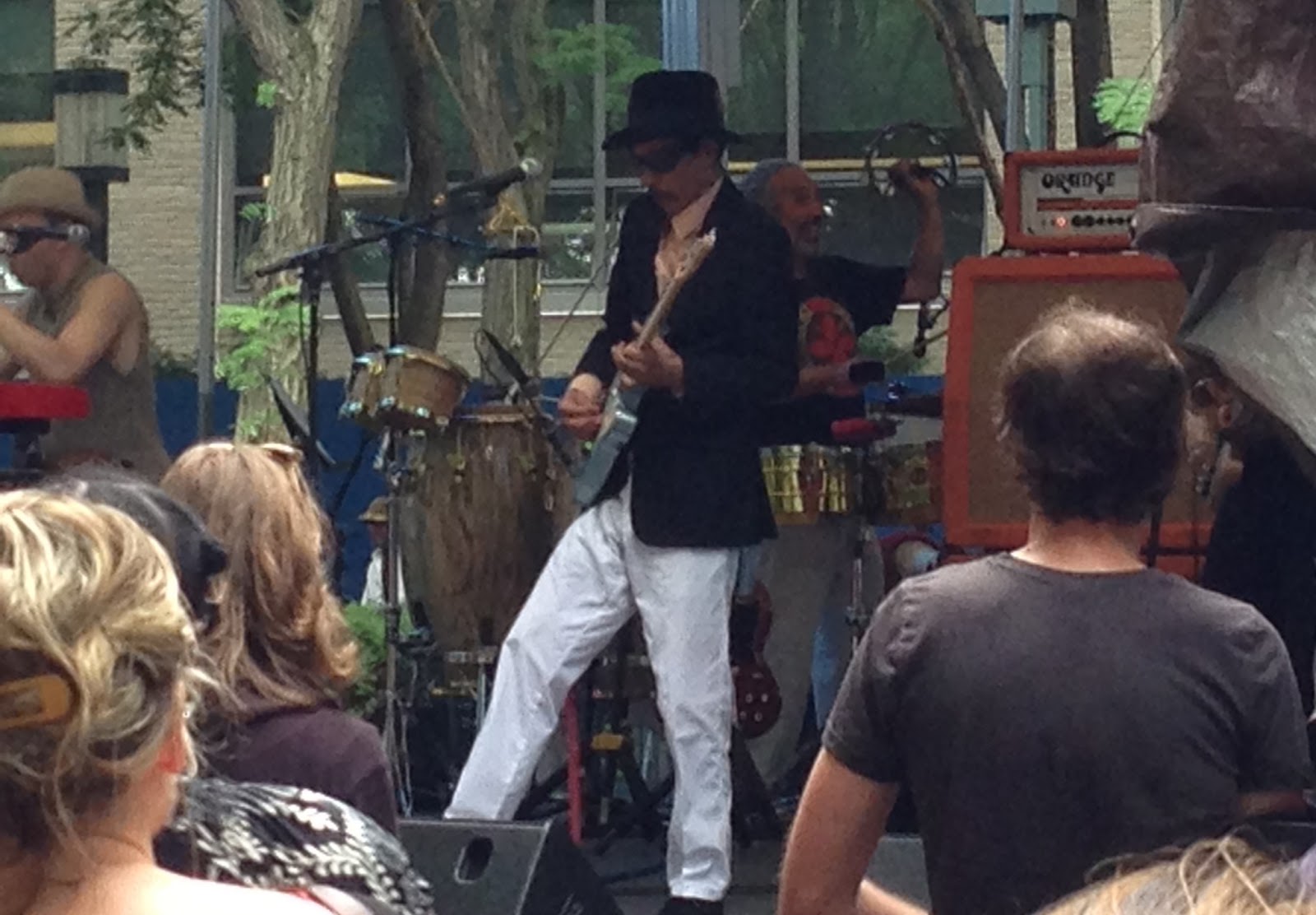 In Williamsburg, Otis had used the meandering "Sweetest Thang" to show off his own blues riffs, but having already melted our faces, he let the horn section take their turns soloing. Having played nearly fifty minutes, Otis announced "Doin' What's Right" as his final song. Of course, the Latin funk number wasn't his last, as he had to play "Strawberry Letter 23." "Sing it, Brooklyn!" shouted Swang, leading the crowd on the "ooh ooh ooh"s as Shuggie chopped at the beat with his six-string. "We're gonna do one more," announced Shuggie. But they didn't kick into it right away due to a "technical issue." Otis made small talk while we waited: "Never played outdoors in New York before, you know?" He took the time to reintroduce the band, which included his brothers, Jon on percussion and Nick on drums. "My record comes out in 2014 on my label, Shugetirius Records. Go out there and steal it," he laughed. He suddenly became more serious: "We need a miracle right now." Evidently, something had happened to James Manning's arm, so soundman Paul Lamb stepped in to replace him for "Ice Cold Daydream." The crowd moved forward to dance in front of the stage and get a closer look at Shuggie wailing on another monster solo. At some point, Manning returned, reclaiming his bass to jam long after Shuggie left the stage. Shuggie plays his second outdoor NY show at Central Park Summerstage on Sunday. You'd be "aht uh ur hed" not to go.