Shuggie Otis Takes His Hat Off, Stays a Funky While at Music Hall of Williamsburg

Even if you don't know Shuggie Otis, you know "Strawberry Letter 23."  Though popularized by the Brothers Johnson in 1977, the song debuted on Otis' Freedom Flight album, released when he was only 17.  It's a brilliant song.  There are three different parts in it that could have each made a hit on their own.  But there they are, all in the same tune, all instantly recognizable: the xylophone intro, the "oooh ooh ooh ooh ooh oooh"'s of the chorus, the looping psychedelic guitar solo.  Though Otis' records are revered by many, he hasn't put out a whole lot.  That is, until last week, when he paired a reissue of his 1974 LP Inspiration Information with Wings of Love, a second disc of unreleased material recorded over the years.  He's currently touring in support of the double-album, and last night's show at Music Hall of Williamsburg was the second in a trio of NYC dates.


Anti-folk artist Jesca Hoop may have seemed an odd choice for the opener, even admitting it herself: "As you see, we are not funk R&B.  We'll try to put a little bit of soul in there for you."  Introducing each of her tunes with a little story in a voice similar to Molly Shannon's in SNL's "Delicious Dish" sketch, Jesca sang in a vibrato not unlike Regina Spektor or Björk, accompanying herself with her clean electric guitar.  Her vocal pitch wasn't the only thing constantly shifting though.  The lyrics in "Murder of Birds" went from referencing birds to brown recluses to homemade bread to love, but this wasn't just stream of consciousness; each item came to play its particular role in the theme.  She brought out Australian singer Emma Dean to join her for four songs, beginning with "Hospital (Win Your Love)."  She even name-checked each Beastie Boy in "Four Dreams."  I was captivated, as was the majority of the crowd.  After presenting us with the option of a quiet song or a more upbeat one, a very vocal audience member yelled, "Whatever you want!"  "Well, I'll play you a song that is contrary to the upbeatness," she said dryly, before starting "The House That Jack Built," the title track from her latest album.  A fan's request of "Seed of Wonder" was honored as the final number, and I bought her CD after the show. 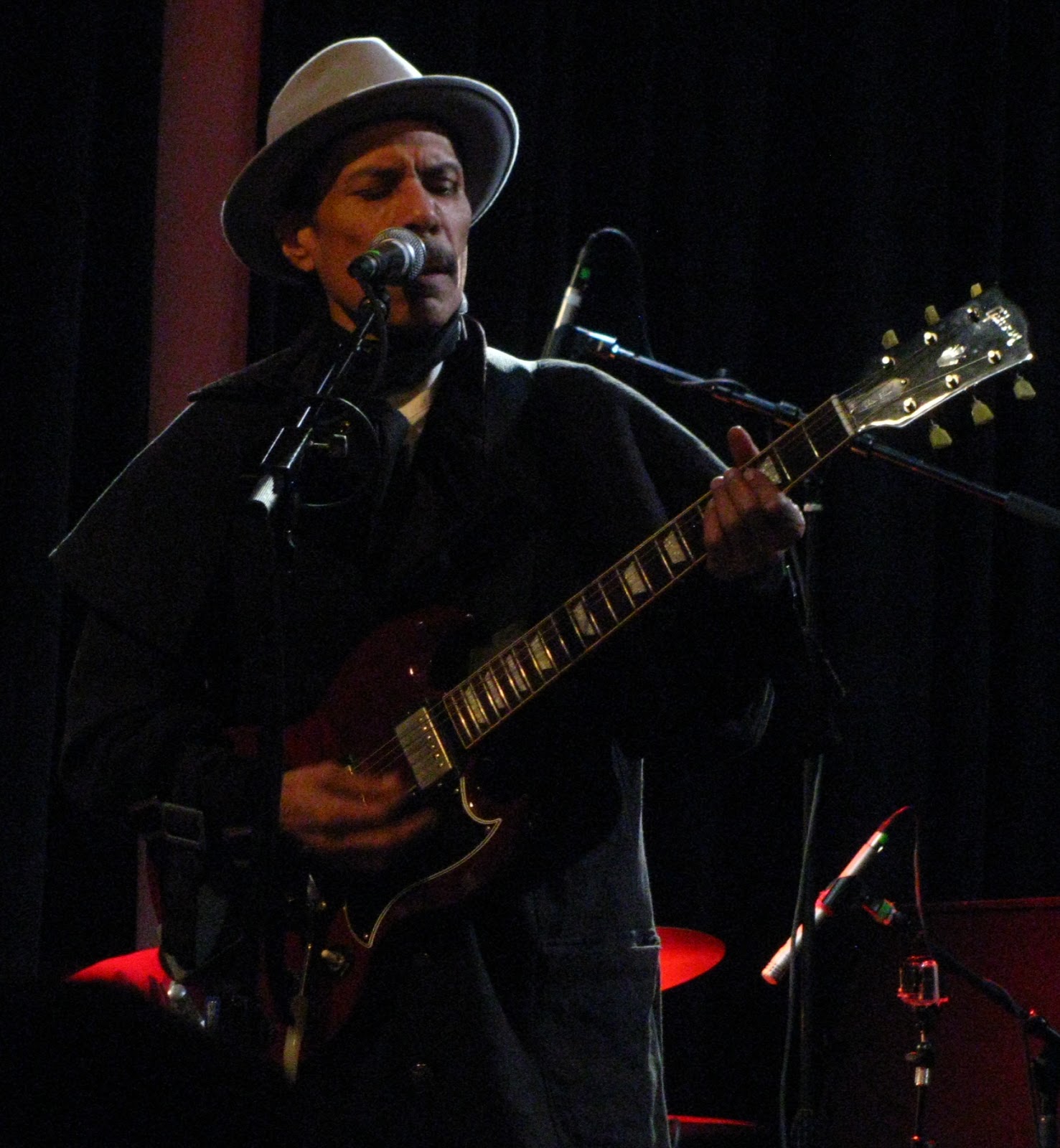 "Brooklyn, beware of what you asked for.  If you have never been dominated, you have three minutes to exit," warned trumpet player Larry Douglas as Shuggie Otis tuned his guitar.  "Ladies and gentlemen, you made the right choice tonight," assured Larry as the band kicked into "Inspiration Information."  Unfortunately, the mix was off in the room.  The keyboards were too loud, the trumpet mic was ear-piercingly hot, and Shuggie's guitar and vox were too low.  But maybe his vocals should've been even lower on "Aht Uh Mi Hed."  Otis was definitely out of tune, and the song was only saved by James Manning's funky bass and the horn part at its end.  I began to worry.  Shuggie was a musical prodigy, but what if his talent had subsided?  "Island Letter" wasn't anything special, and "Me & My Woman" had its moments, but I didn't come here to see a has-been.  After a medley of "Sparkle City" and "Miss Pretty," Shuggie removed the hat and overcoat he'd been wearing.  Turns out he literally just had to warm up.  Digging into "Sweetest Thang" with a heart-wrenching blues guitar solo, Otis didn't let up from that point onward.  His voice was well-suited for the blues, and the sound team had finally fixed the levels.  New song "Wings of Love" built slowly until Shuggie's ferocious shredding urged the band to join him on a psychedelic funk odyssey.  Things got loud.  Things got chaotic.  Things got awesome.  Would they be able to top it? Yes.  For the encore, the band returned with "Ice Cold Daydream."  Over the course of nearly nineteen minutes, they chugged through the beast, Shuggie ripping into solo after solo, his eyes closed, top row of teeth bared.  Larry pulled out a cowbell to add a little spice, and pretty soon, every member was throwing his best ingredient into the pot.  Otis even picked up his whammy bar to take his solo further over the edge.  The deafening noise coming out of the speakers was a thick tangle of funky sounds being hacked at by the sharp edge of an erratically screaming guitar.  It's my favorite type of jam.  It's the reason I go to P-Funk concerts.  Once Shuggie felt it had peaked, he retreated backstage.  Still playing, Larry introduced the members of the band one by one, each taking a solo.  It turns out the Otis legacy continues with Shuggie's younger brother Nick on drums and his son Eric on rhythm guitar.  "You made the right choice tonight," Douglas repeated as they left the stage once more.

The house music came on and the crowd began to clear out.  Are you fucking kidding me?    "Straw-berr-y!  Straw-berr-y!" began the chants.  Two minutes later, the band returned.  "Psych!" yelled Manning into the microphone.  "What were you saying?  Strawberry?  I forgot to play it," teased Shuggie.  Even though I would've been super let-down if they'd skipped it, compared to that "Daydream," it was just dessert.  And as Shuggie played that classic solo with his son, I knew that I had made the right choice that night. 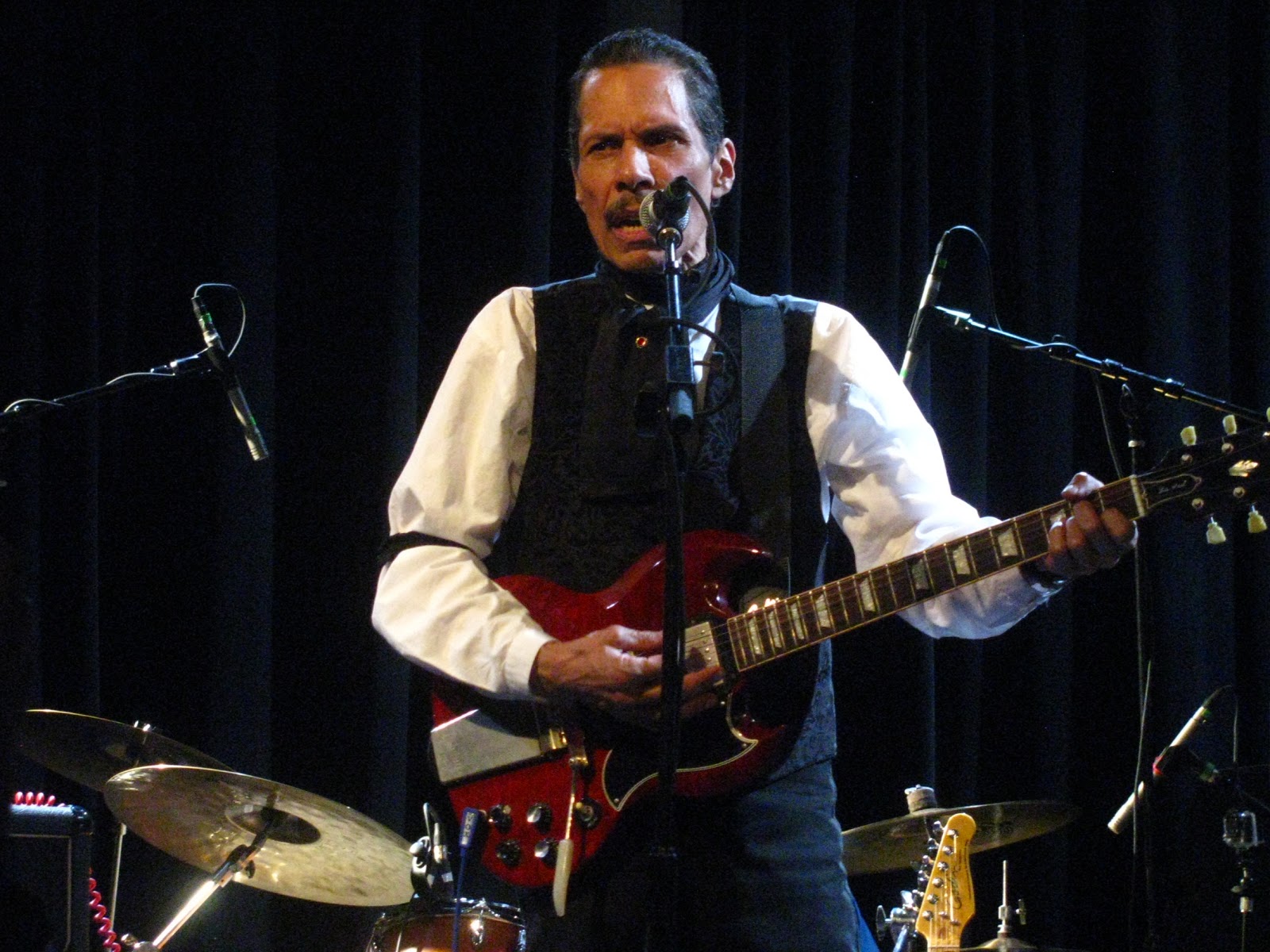