Less than a year ago, I was digging through the used LPs at a record store in Greenpoint when I came across a colorful cover that intrigued me.  The album was Stick to Me by Graham Parker & the Rumour.  I bought it, took it home, and listened.  I went back to the shop a week or so later and picked up Heat Treatment.

Graham Parker began as a pub rocker, sort of a British Bruce Springsteen, and before long, his angsty tunes with angular guitars helped to usher in a different sound... new wave.  Though his contemporaries, Elvis Costello and Joe Jackson, became household names, Parker predated them both by a year.  His backing band, the Rumour, accompanied him on five albums, ending with 1980's The Up Escalator.  That is, until last year, when they reunited to record a new LP called Three Chords Good.  The reunion even figured into a subplot in Judd Apatow's This is 40.

I don't usually give so much history on a band, but when I arrived at Gramercy Theatre last night to find myself as one of the only 20-somethings in the room, I figured a little backstory couldn't hurt. 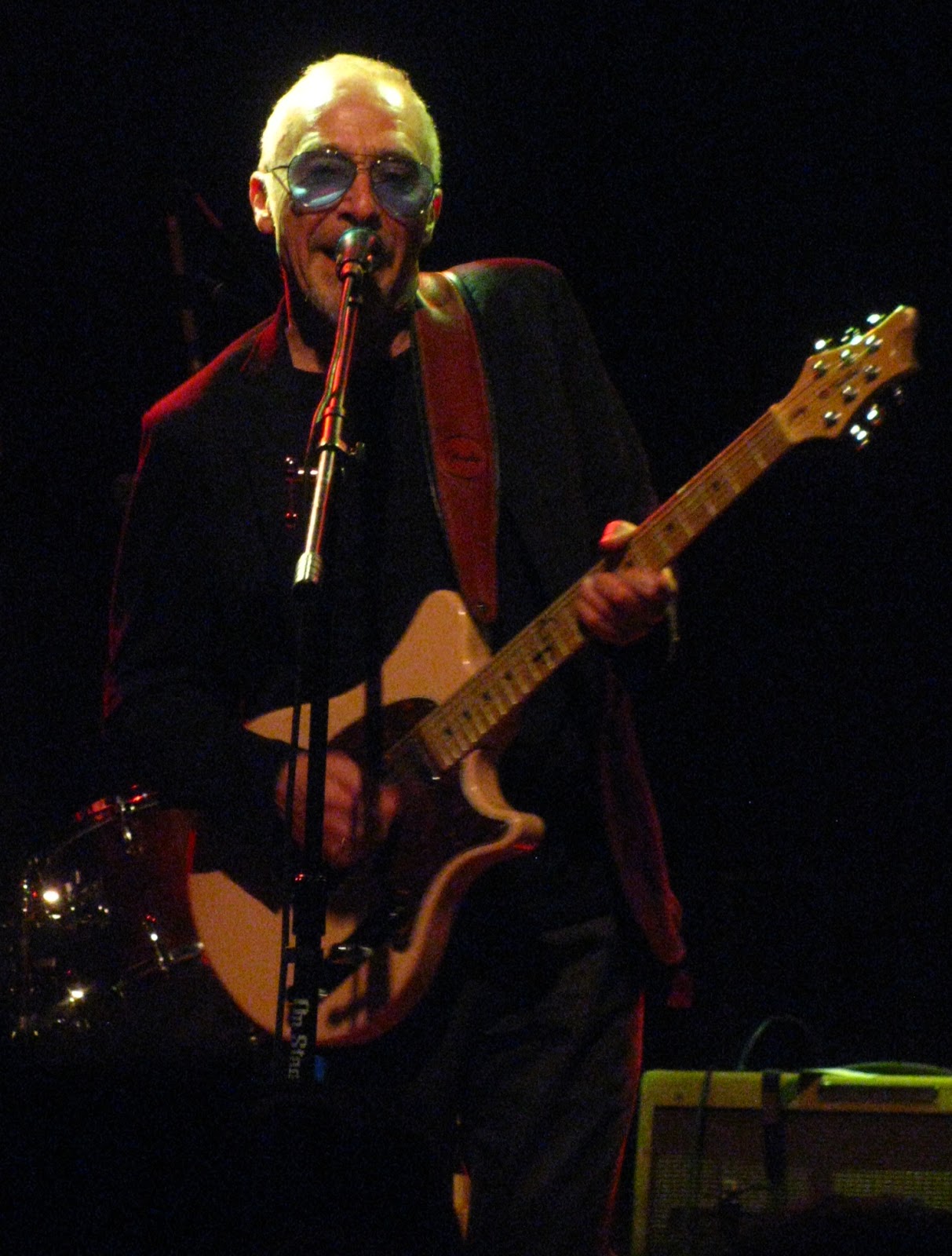 Graham Parker & the Rumour came barreling out the gate with "White Honey" from their debut, Howlin' Wind.  The audience of die-hards roared with approval.  The band moved onto "Fool's Gold," and I smelled something in the room.  Was it weed or mothballs?  Most likely weed that had been kept in mothballs since 1979.  Introducing "Howlin' Wind," Parker admitted, "First album: weather-related songs. All of them.  Because we're English, and we just talk about the weather and how it affects our knees." Parker picked up a pink electric to perform "Coathangers" from Three Chords Good, and pounded out his power chords so passionately that he popped a string.

I saw Toots & the Maytals the previous night at Terminal 5.  Even though he's now 70, Toots Hibbert's voice hasn't changed much since the 1970s.  Time has not been as kind to Mr. Parker, his aged vocals gaining another level of nasality.  Fortunately, his songs don't require a lot of range in that respect, so his cranky lyrics were okay when coming from a cranky, old man.  (The backup vox from the Rumour sounded great, by the way.)  And while his voice may have been limited, he made up for it with boundless energy, executing percussive noises with his mouth, acting out lyrics with his hands, and dancing all over the stage like another GP: Grace Potter.

Graham declared that the '80s were the best era of music, following his statement immediately with "I'll have to stop saying that because no one fucking agrees with me."  Be that as it may, the late '80s sounds of "Get Started. Start a Fire" put smiles on the faces of both the audience and the Rumour, with lead guitarist Brinsley Schwarz having some improvisational fun while keyboardist Bob Andrews plinked out some flourishes.  Parker then relayed a story about playing a song at the Roundhouse in London: "It killed. It stunned.  And we never played it again.  It was slow, and every year we got faster and faster."  The song was "Black Honey," and we were treated to a reprise of the hopeless tune, a nice contrast to "Start a Fire." 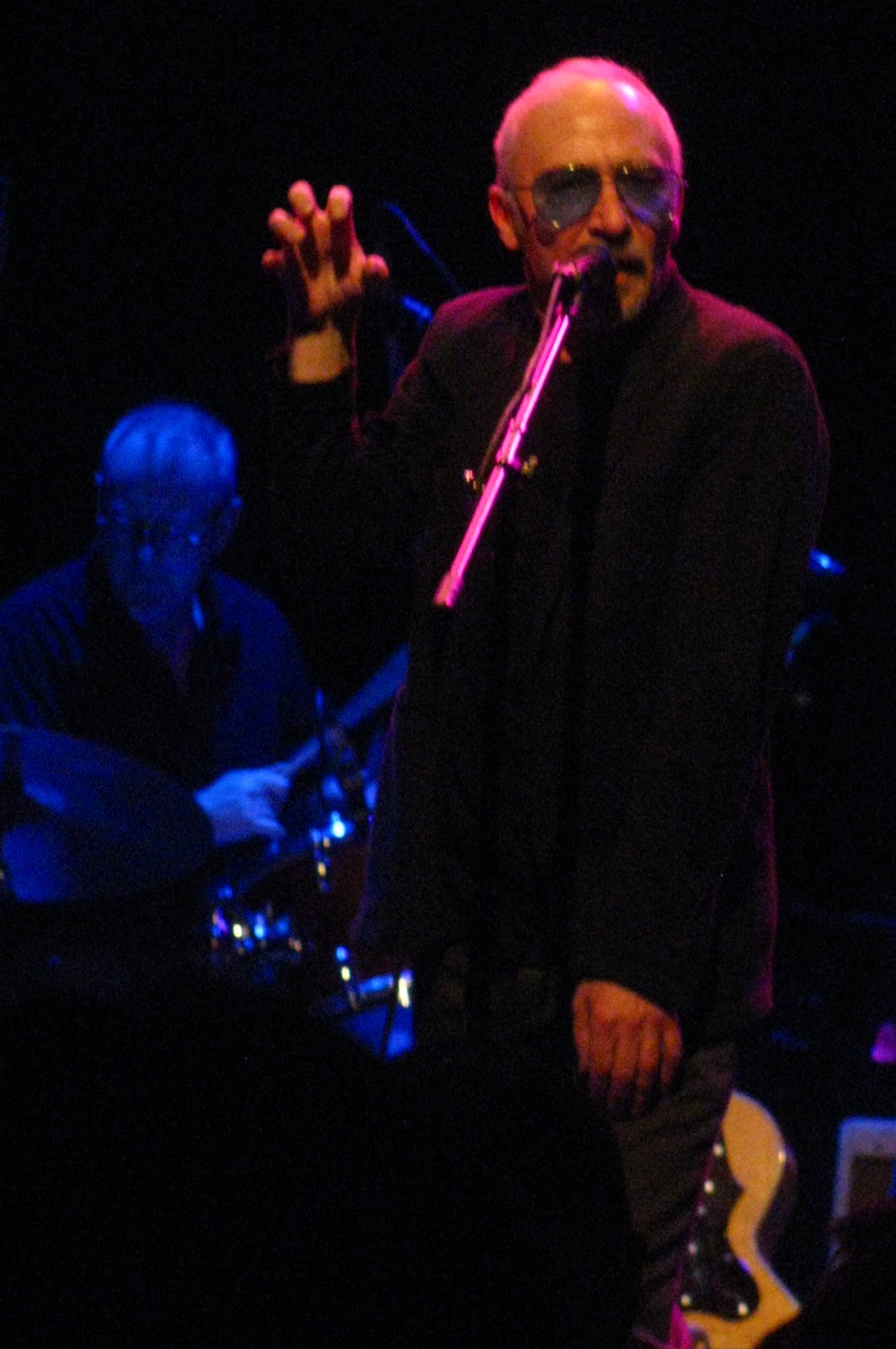 The new songs were good too.  Having expanded his songwriting beyond just the atmospheric conditions, Parker tenderly looked back on life with "Long Emotional Ride," vituperated the U.S. to a reggae beat on "Snake Oil Capital of the World," and had a blast delivering a bizarre spoke word section ("I made a lot of white guys very happy.  And it was so easy. #hubris.") in the rockabilly "A Lie Gets Halfway 'Round the World."  And he was visibly happy to be with his band: "You know how it is.  Most bands swing like a eunuch's balls.  But these guys really swing."

And boy, did they swing on the last five songs of the set!  "Discovering Japan" ushered in a string of Squeezing Out Sparks cuts (with a little "Stupefaction" thrown in to get the crowd chanting "hey hey hey"), from the bass-driven fury of "Don't Get Excited" to "Protection," which had everyone in the room dancing.  "Local Girls" was the consummate closer.

They returned for an encore of "What Do You Like?" from This is 40, with Parker injecting a "Look it up in he dictionary, bitch!" into the lyrics.  They followed it with one of their earliest singles, "Don't Ask Me Questions," the crowd enthusiastically providing the "Hey Lord!"s of the chorus.  The band left the stage once more, and the crowd began to thin.  Those who waited a minute longer got to see one more song from the first album, "Soul Shoes."  Thirty-seven years later, Graham Park & the Rumour still put on a hell of a show.