When I found out that ALO were playing a show in New York the day before my birthday, I was stoked.  When I found out it was a double-bill with another artist on my iPod, Ryan Montbleau Band, I was even more pumped.  Then I found out it was at Highline Ballroom.  I'd been to two shows at Highline before, and it's one of my least favorite venues in the city.  The sound has always been awful, the aqua lights on the walls are too bright in your peripherals, and there are fucking candlelit booths scattered around the dancefloor.  It's time we call a spade a spade and recognize Highline for what it truly is: just another nightclub in the Meatpacking District.  Thankfully both of these bands have enough character that they were able to fill a room that doesn't have any.  And I'll be damned... the sound mix was good too, albeit a tad sterile.

As soon as I got out of work, I ran to the venue to make it to the meet-and-greet for members of ALO's fan service, the Hot Tub Club.  I gave Dave my input on his upcoming installment (How great would it be to hear a "Lies of the World" demo?), and chatted with Steve about the New York comedy scene.  Posing for a group shot, talk turned to photography.  "You're Blind Tony?  I love Blind Tony!  We use Blind Tony as an example of why Instagram is okay," said Zach.  It felt pretty cool to have my character Instagram (I take photos as if I were blind.) validated by my favorite band.  With all this going on, it was difficult to pay attention to the opening act, American Babies, but I heard some nice melodic jamming.  I also find it funny that you can't tell people you're into them without sounding somewhat racist: "I like American Babies." 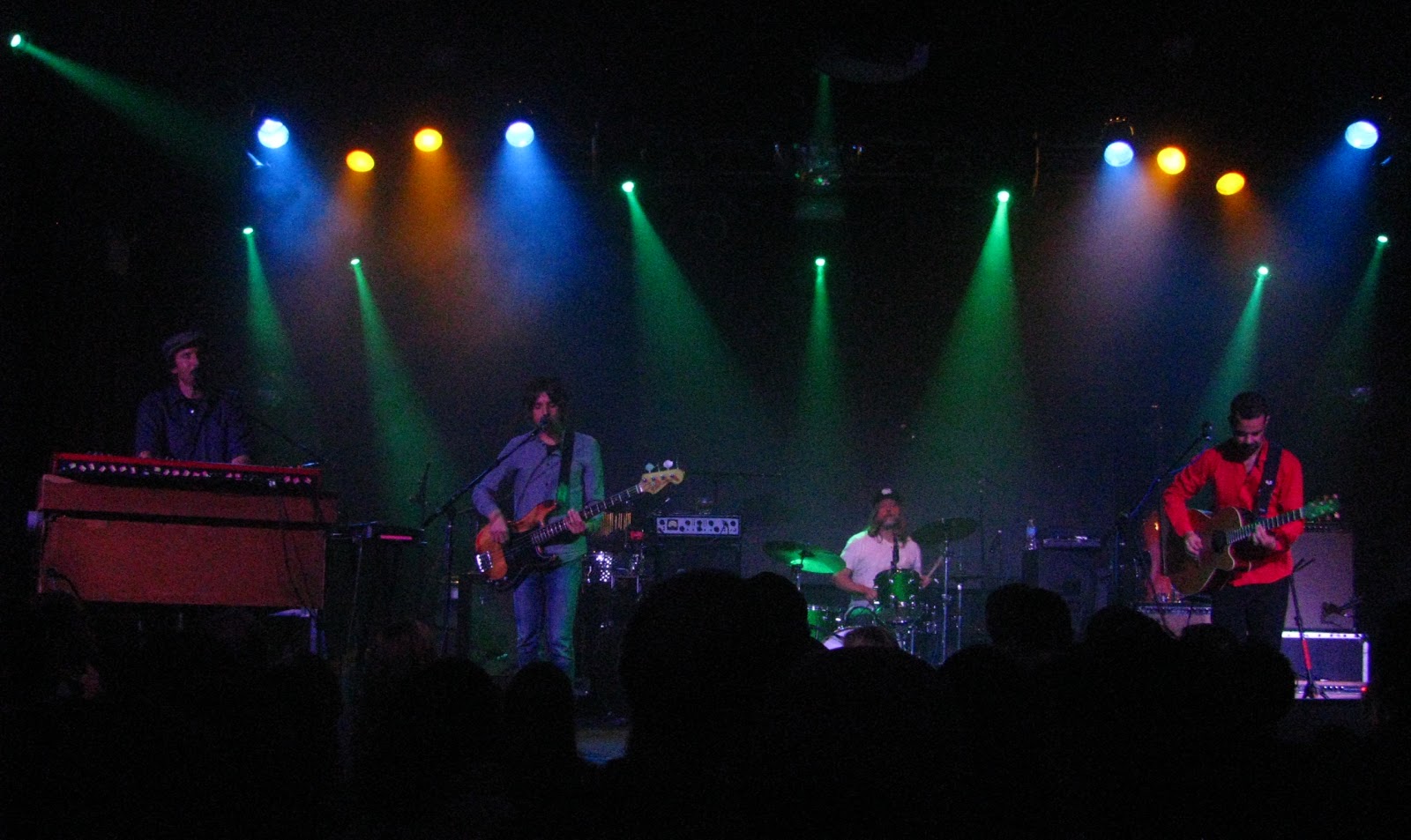 A little before 9pm, ALO took the stage.  "How you guys doing?  You wanna have some good times?" tempted Zach before plunging into the opening chords of "Maria."  Dan Lebowitz ignited a fiery guitar solo, burning down the house on the very first song.  Ryan Montbleau's percussionist, Yahuba Garcia-Torres, sat in for a solid "Falling Dominoes."  "He'll be coming and going like a percussion ghost," informed Gill.  "Blew Out the Walls" had everyone gyrating until an extraterrestrial jam towards its end made us stand still in awe as eerie green lights danced around the stage.  Dan forgot to bring his steel to the stage, so Zach made small talk with the audience.  "It's always magical when I come to New York City.  Get one of those salads at that Pret place you have.  You've seen it all, New York.  What do you do when you've seen it all?"  "Go to California!" shouted someone.  "When you've seen it all, you have to pretend like you haven't seen it all."  I had to pretend when they started "Isla Vista Song," which I've seen them play at every ALO show I've been to but Farm Aid.  But I didn't have to use my imagination very long, because when they hit part two, Yahuba returned, and Steve moved to a small keyboard I'd never seen him play before.  Somehow they always manage to make the song sound fresh. 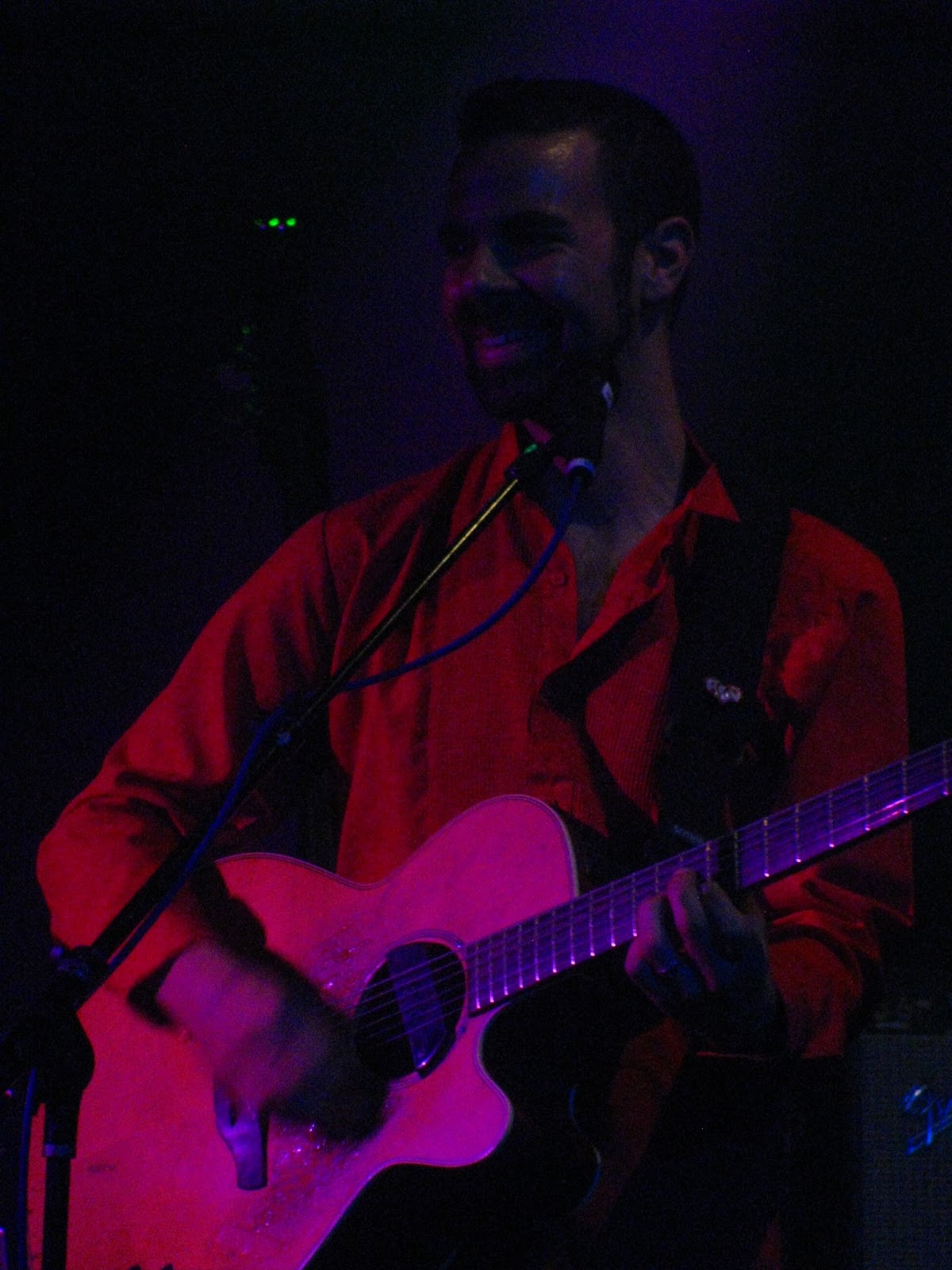 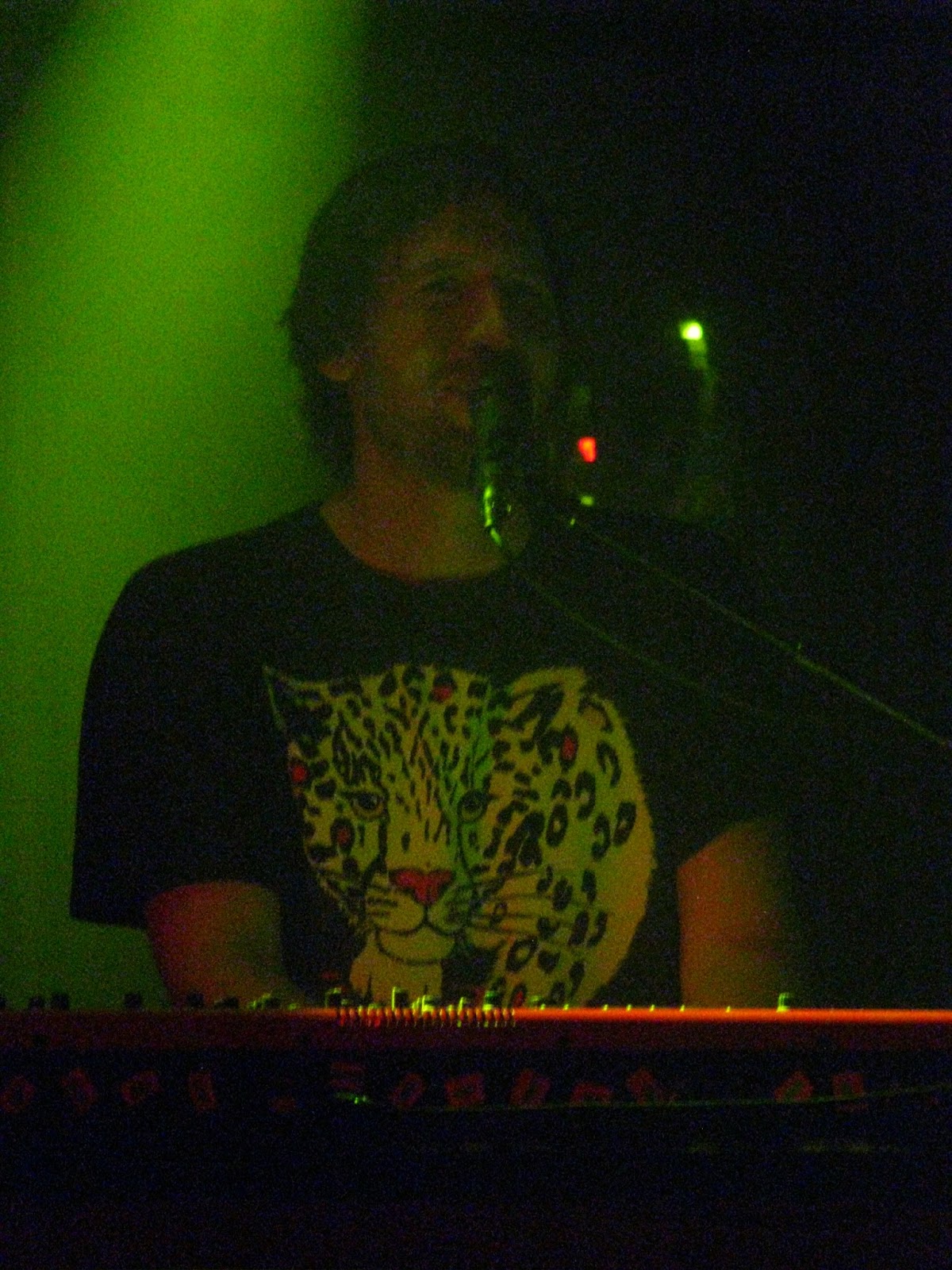 Zach seemed a bit more reserved than usual, but his mood picked up a little while scatting gibberish before "I Love Music."  They were joined on the song by Mitch Marcus, a saxophone player who used to play with them years ago in San Francisco.  Mitch traded lines with Dan and Zach, fitting in like he was a permanent member.  They followed it with a bizarre cover choice, the keyboard-drenched "Bizarre Love Triangle" by New Order.  I'd never heard the song before, so it was a little foreign to me.  I can only imagine how foreign "Haji Memashite" must've sounded to anyone unfamiliar with the J-pop-inspired anthem, which has been recently revived after Dan selected it for his edition of Hot Tub Club rare tracks.  After "Plastic Bubble" with a reprise from Mitch Marcus, they announced, "We have one more song for you guys tonight."  Disapproving "aww"s from the crowd.  "But we're gonna make it a good one; don't worry."  They chose the fail-safe "Barbeque," which found its way into a multi-layered euphoric jam before the mystery unfolded into Prince's "1999."  Towards its end, Lebo threw in this one tiny guitar flourish that made me laugh out loud it was so well-timed.  Morsels like this are why I go to concerts, especially ALO gigs. 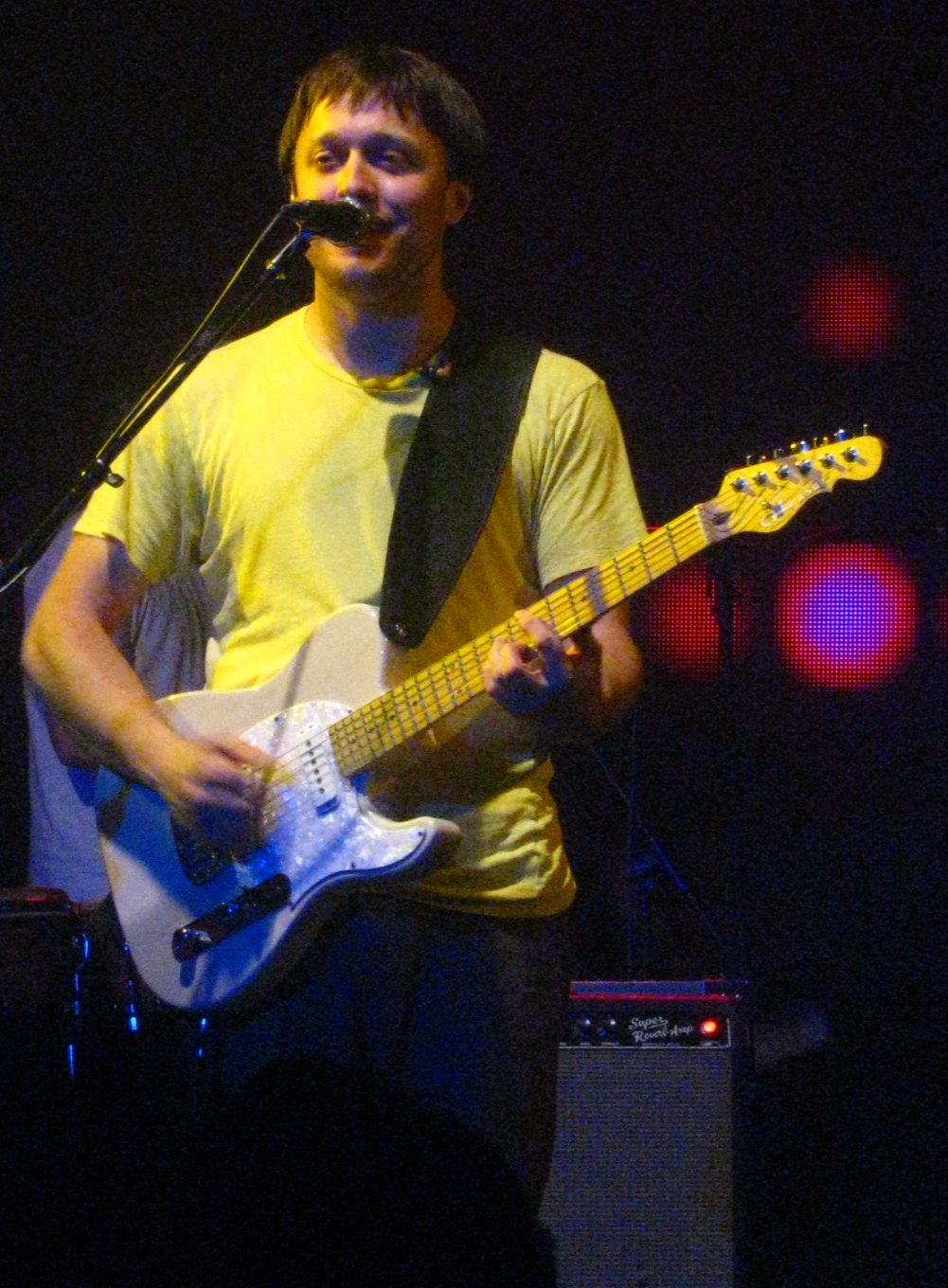 The first time I saw Ryan Montbleau was in 2006 at the Knitting Factory.  He played solo acoustic, so it was a treat to finally see him with his band.  They kicked things off with the funky "Head Above Water," which set the pace for new tune, "Pacing Like Prince."  Over a Meters-esque groove, Ryan spit lyrics referencing Purple Rain, bathed in violet light.  The colors changed to red, yellow, and green for the reggae stylings of "Songbird," complete with dub echo effects on Montbleau's mic.  The Western swing of "I Can't Wait" was a big hit with the crowd, the call-and-response in particular.  It made you wish you knew someone with a barn, so you could hire RMB to play your barn party.

Following a soulful cover of obscure Johnny "Guitar" Watson cut "Lovin' You," Ryan welcomed Zach to the stage.  "Nothing lightens the mood like a Zach Gill.  Such a pleasure to tour with these guys, and I get to sing with this wonderful human being over here," gushed Ryan.  "Oh, thanks, buddy," said Gill, plugging in his ukulele.  They covered the Lovin' Spoonful's "Daydream," Ryan nailing it with some of the sharpest whistling I've ever heard.  It almost made me forget the Jeep Cherokee commercial with the Grim Reaper that I've forever come to associate with the tune.  After thanking Zach, Montbleau remarked, "That's the most relaxed song I've ever played in New York City.  It only took me 15 years, but I finally feel relaxed here." 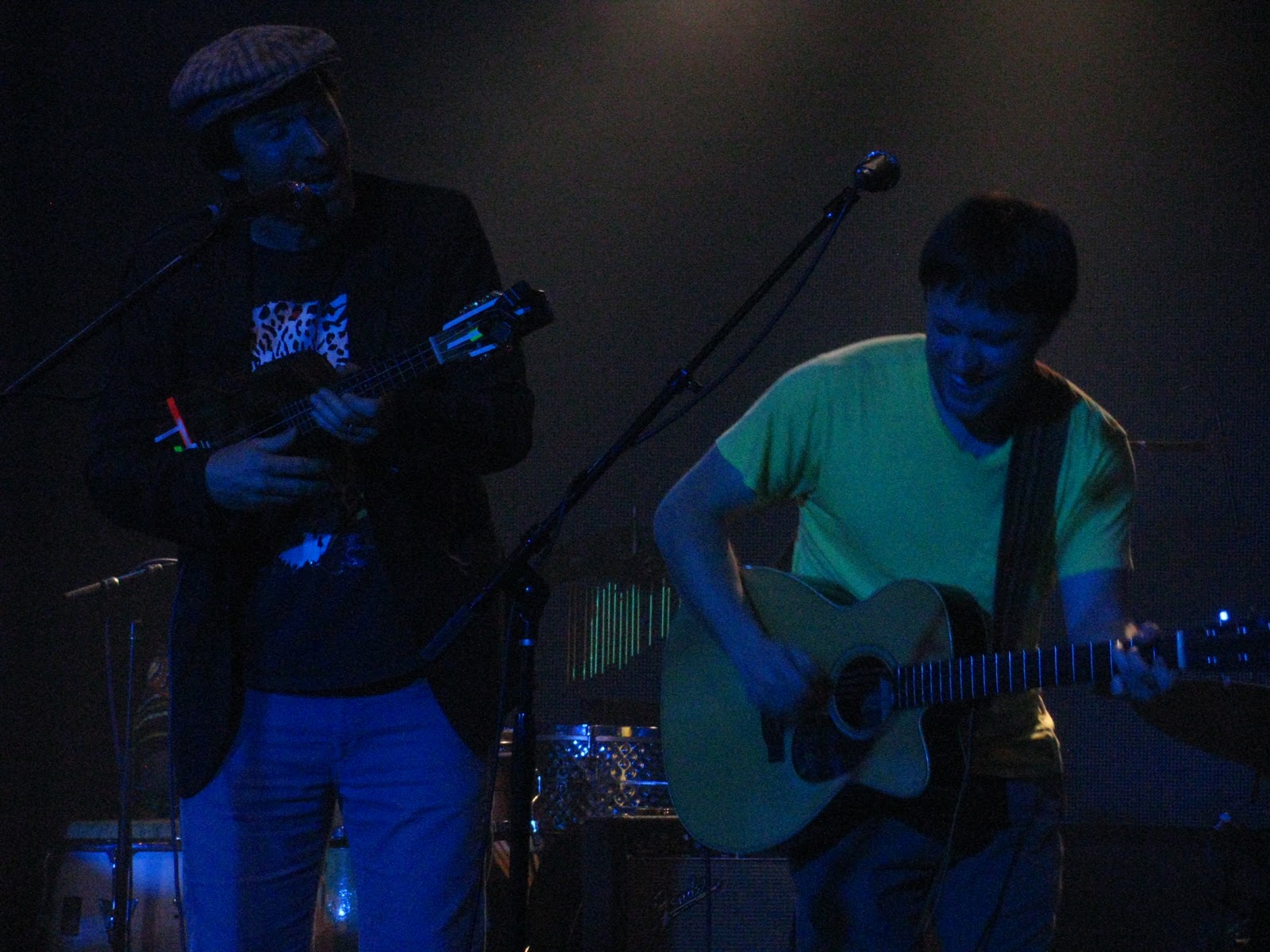 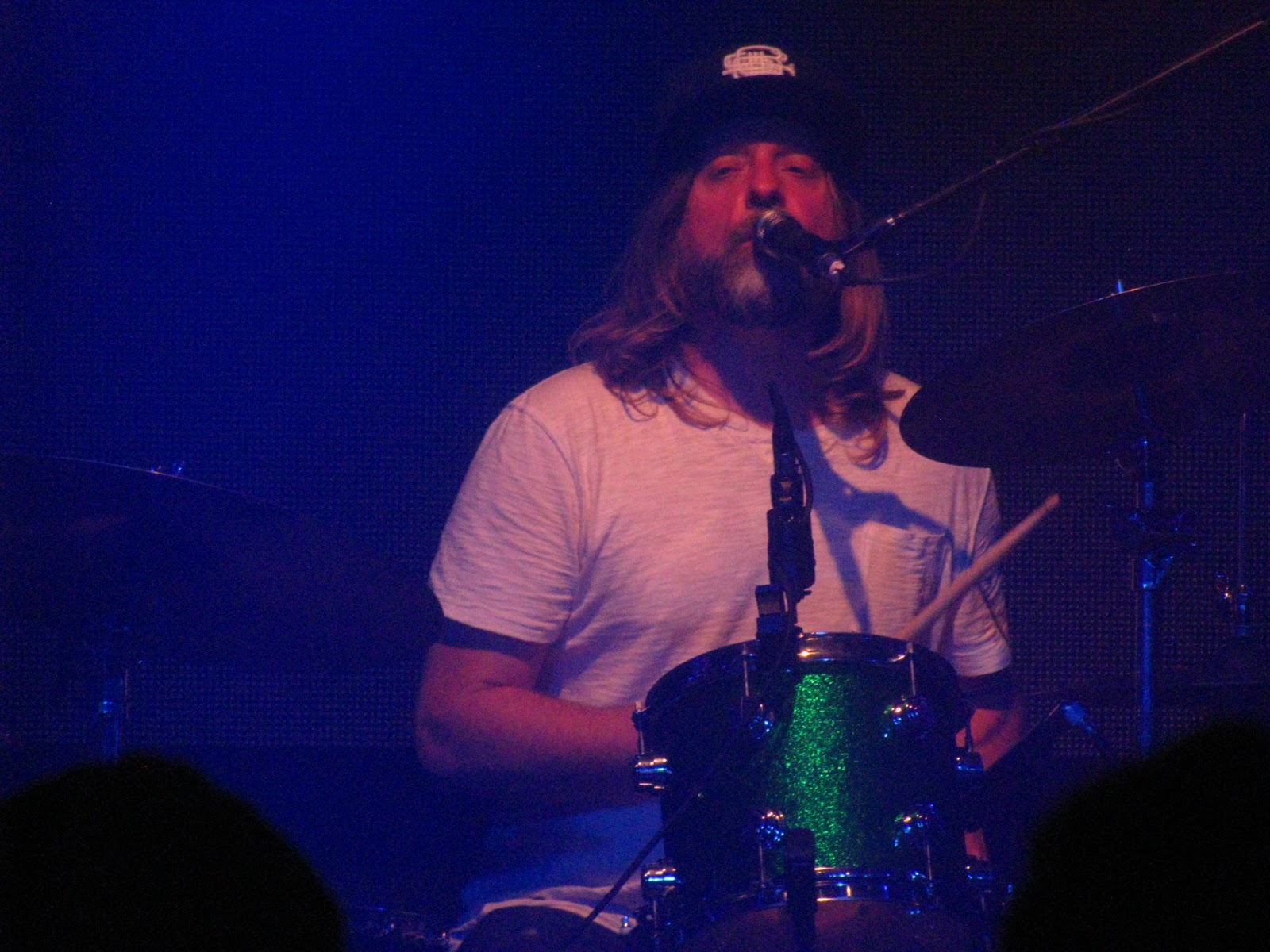 Relaxation was needed on a day like that, after their drummer James Cohen was hospitalized earlier for severe dehydration.  Still sporting his ID bracelet, he made it back in time for the gig, and no one was the wiser.  "We were trying to get him to wear his hospital gown to the show.  Get like a Jon Fishman thing going on," teased Ryan.  Dave Brogan learned a bunch of RMB tunes as a backup option, so he manned the kit for "You Crazy You."  After "75 & Sunny," Ryan used his arms to conduct crescendoing cheers from the audience.  "Thank you for comin' with me on that," he said with a laugh.  It was clear he was having a blast, and so was keys player Jason Cohen, exemplifying the term "perma-grin."

After an extended guitar workout from Lyle Brewer during "Dead Set," Ryan invited ALO to the stage.  Zach, Steve, and Dave joined the ranks of percussion, while Dan readied his lap steel, and the newly enlarged band tackled Talking Heads' "This Must Be the Place."  Well, they didn't so much tackle it as pick it up and hurl it into the cosmos, Jason's spacey synth lines inspiring Dan to take over with a whale song from his lap.  The show could've ended there, but the Wednesday-night troopers wanted more.  We clapped until the combo-band returned to the stage, this time for a nearly 12-minute-long jammed-out interpretation of Paul Simon's "Graceland."  Dave took drums on this one, with Ryan and Zach in the front, trying out some Temptations-style choreography.  As the song moved further and further from Graceland to Spaceland, Zach hit us with some of his trademark growl-scatting (a cross between a didgeridoo and Animal from The Muppet Show), and Ryan's cheering tutorial finally paid off, as he incorporated the crowd's screams into the finale.  Not a bad birthday present.