Rarely do you go to a concert where every band puts on an excellent show with top-notch musicianship and stage presence.  Last night at Terminal 5, Galactic, Toots & the Maytals, and Nigel Hall Band were that amazing rarity.

With the subway trains behaving badly, I didn't want to be late, so I sprinted to the venue.  I was frisked excessively by the security guard, but got in at 7:59 for the 8:00 show.  Unfortunately, when I opened the door, Nigel Hall Band were already laying it down thick.  It was the least crowded I'd ever seen Terminal 5, which is actually not a bad thing.  Your loss if you missed it though.  Nigel sounds like Stevie Wonder.  Sometimes you could even catch him waving his head from side to side as he chirped along on his Korg CX-3.  Highlights included the funky "Layaway," a tease of "If I Only Had a Brain," and the closer, a grooving take on Maze & Frankie Beverly's "Back in Stride."  "It's gonna be a full-out rage tonight," forewarned Hall as he left the stage.

The crowd swelled to its standard (way too many sardines in the can) for Toots & the Maytals.  A reggae legend (He was the first to ever record the word "reggae" in a song.), Toots Hibbert has one of the greatest singing voices of all time, and I'm happy to report that at 70 years old, he sounds even better than he did on the Maytals' LPs from the 1960s and '70s.  Time has ripened his already rich vocal palate, and he made his way deftly through hit after hit: "Pressure Drop," "Time Tough," "Pomp & Pride," "Sweet & Dandy."  Seriously, awesome.  Toots picked up a guitar and led the band on a laid-back "Bam Bam" that just floored me.  "There's peace in this music," said a guy behind me, who obviously didn't know that "bam bam" is patois for "fight."  To be fair, the narrator of the song is a peaceful man... until you trouble him. 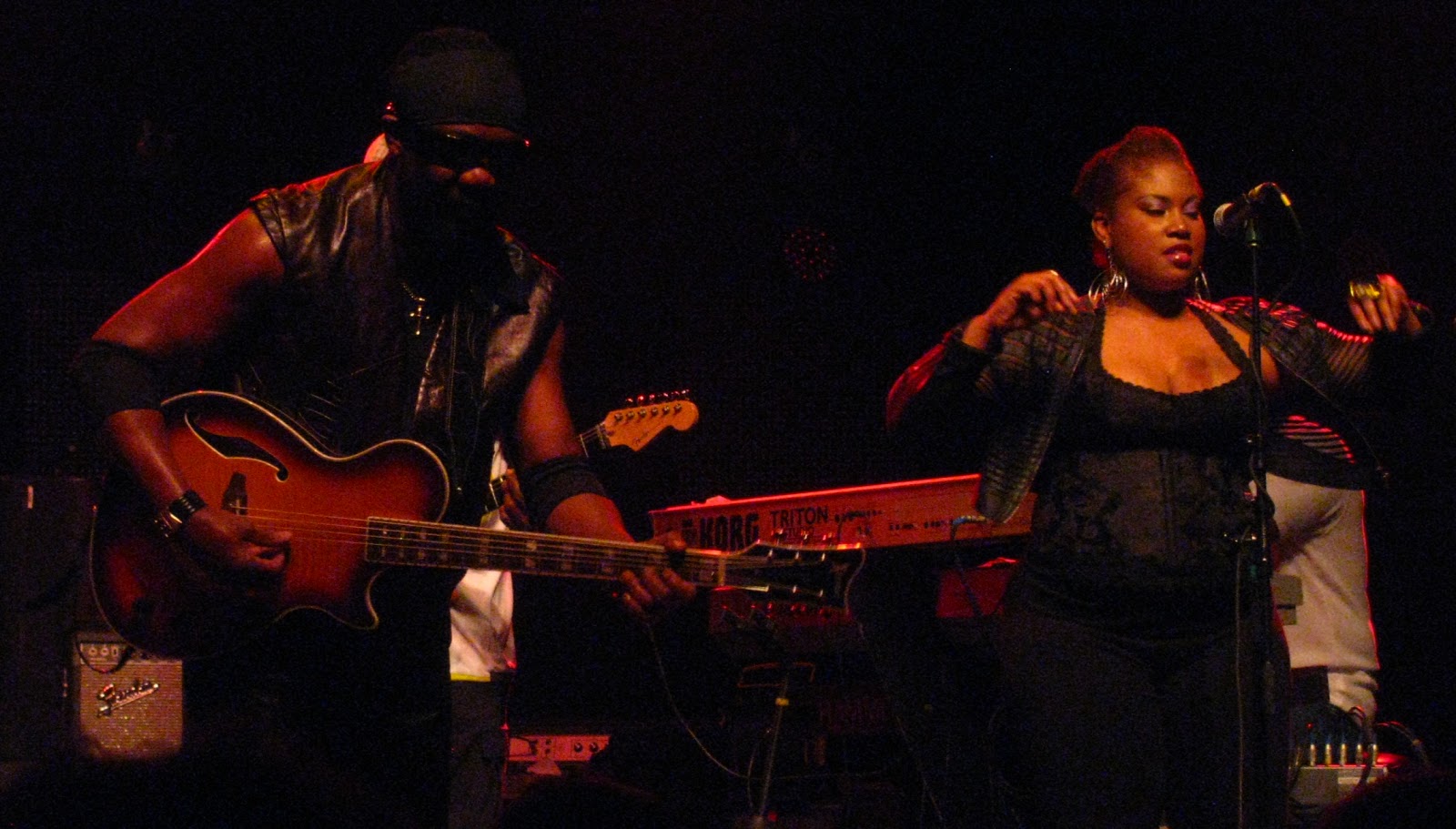 "Has anyone ever been to Jamaica?" questioned Hibbert before taking us on a medley that ended in a full-crowd singalong of "Take Me Home, Country Roads," with "West Virginia" obviously modified to "West Jamaica."  The "You Are Just Looking" part of the song cycle even featured some prog guitar reminiscent of Phish.  "If you have a lighter, this is the time you can take it out and strike.  Let your love light shine," directed Toots.  Lighters swayed in the crowd for "Light U Light," but they were quickly extinguished when the band segued into "Monkey Man" so we wouldn't literally ignite.  We were all skanking so much, we might as well have been on fire.  Toots and band left the stage after an hour+ set.


Guitarist Carl Harvey returned a minute later to prod the crowd: "Are we done or do you want one more?"  Of course we wanted more, so we cheered until the Maytals came back.  After teaching us to sing the "la la la" intro to new song "Jumpy Reggae," Hibbert said with a smile, "You have so much talent down here.  I want to take you to Jamaica."  If there was anyone in the audience at that point who wouldn't have taken him up on the offer, they would've changed their minds after the crowd-pleasing "54-46," which was capped off by the uptempo gospel of "Got to Feel It." 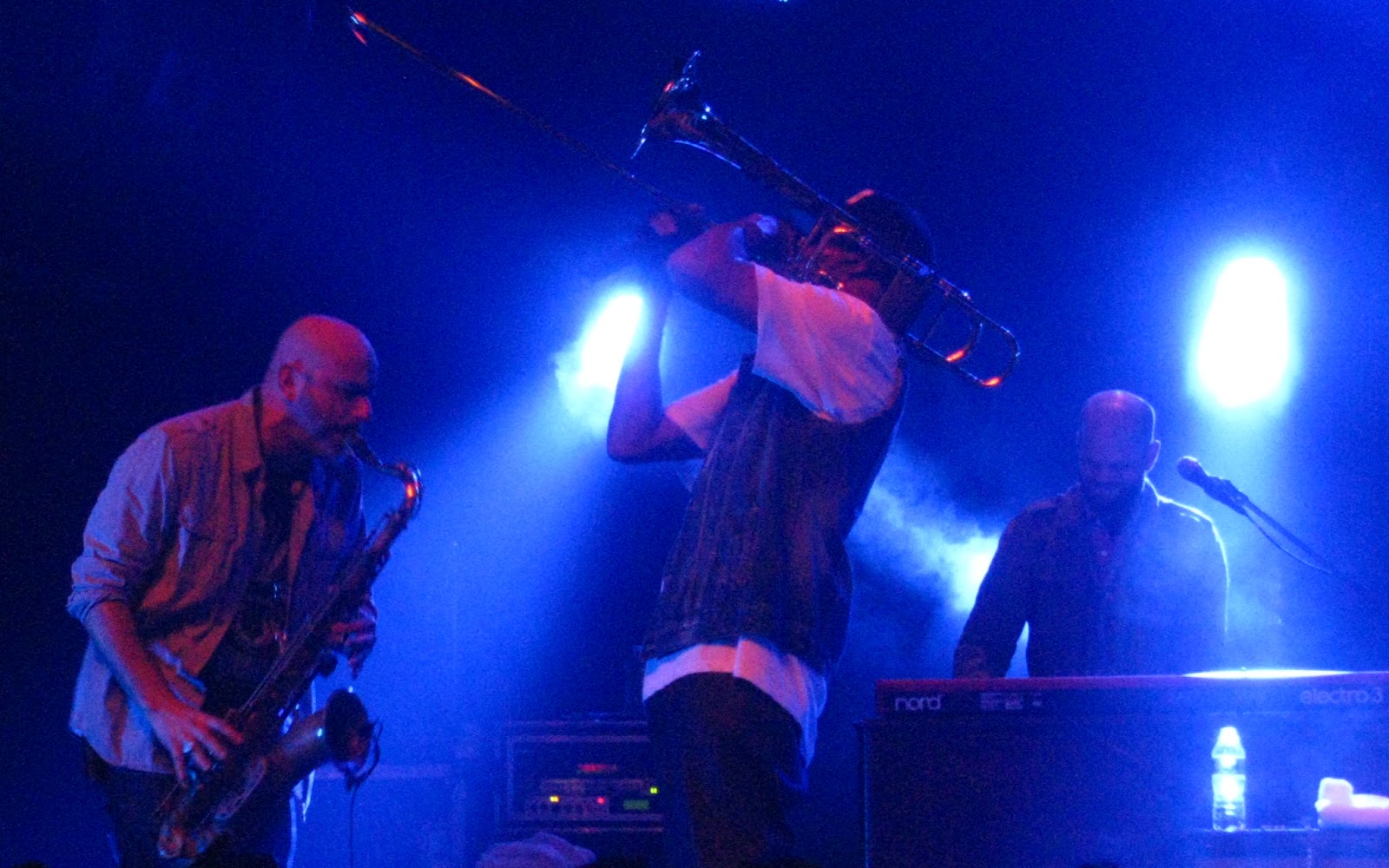 Just like the previous two bands, Galactic fired on all cylinders.  Kicking things off with the staccato horns of "Karate," they established the tone for a fun-filled set of Louisiana funk.  Vocalist David Shaw of New Orleans' band the Revivalists kept the party rolling on "Hey Na Na," and really shined on a cover of "Ain't No Love in the Heart of the City."  Looking like Michael Showalter with a perm, you would've never expected him to continue so perfectly in the night's tradition of full, soulful voices. 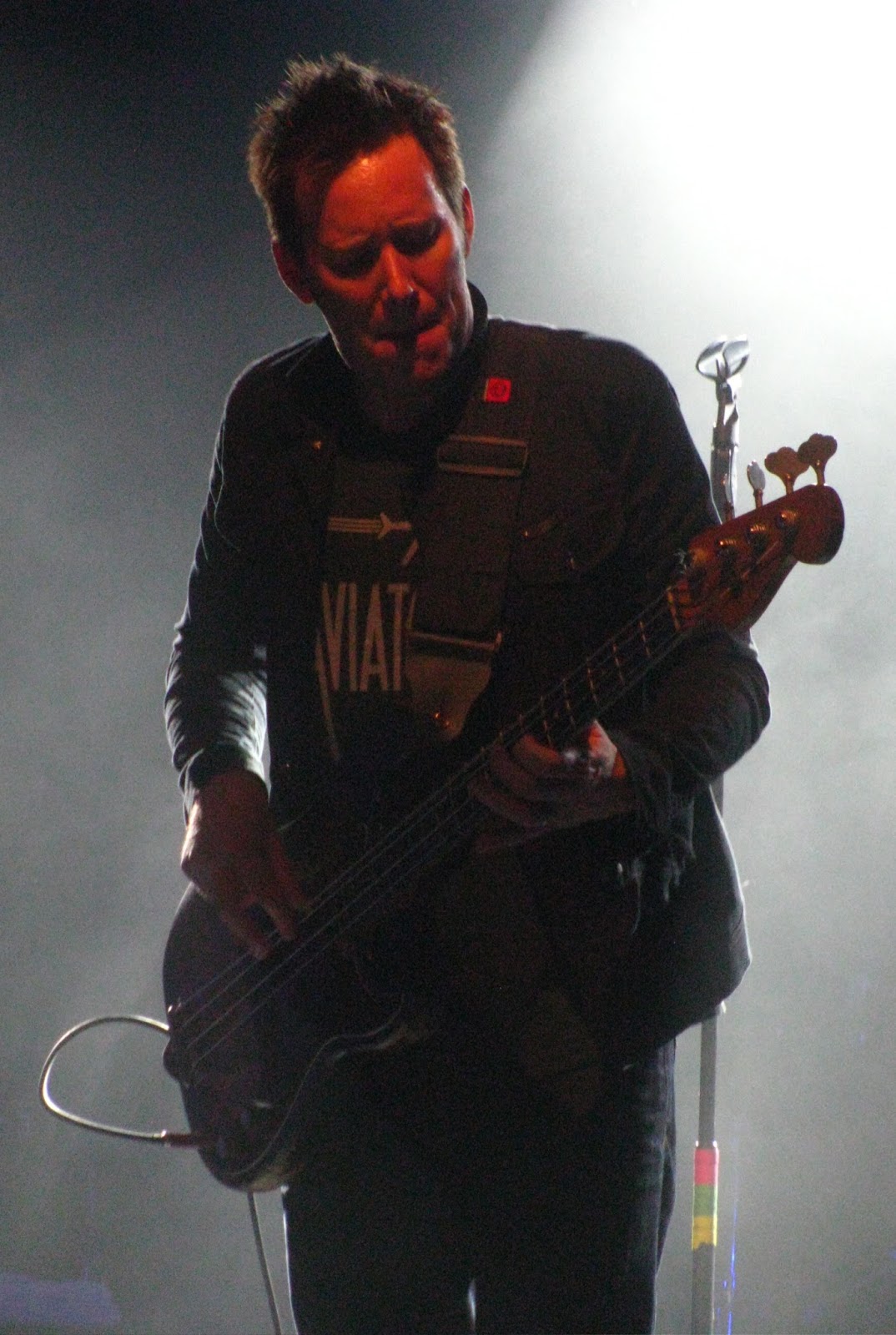 "Keep Steppin'" was probably my favorite song of the set, with Corey Henry gunning down the crowd with rapid-fire blasts from his trombone.  Shaw returned for a twisted "I Am the Walrus," segueing into "Heart of Steel."  They played a new song "Nobody Knows But Me," and followed that with the dynamic jam "Funky Bird" from their first record.  Amped up from the high-energy final measures of "Bird," Jeff Raines took his turn with the hard-edged rocker "Shibuya."  Corey took the mic to rap "From the Corner to the Block," and passed it to Shaw to lead the crowd on a cover of ODB's "Got Your Money."  And then he sang "Better Off Dead."  Not many singers can transition so smoothly from Ol' Dirty Bastard to Bill Withers, but then again, not many singers have the chops that David Shaw has.  "Ooh Nah Nay" finished the set, complete with extended solos from Robert Mercurio and Stanton Moore.  Corey Henry grabbed the mic, shouting, "Thank you, music lovers!  Give it up one time!  Galactic in this bitch!" 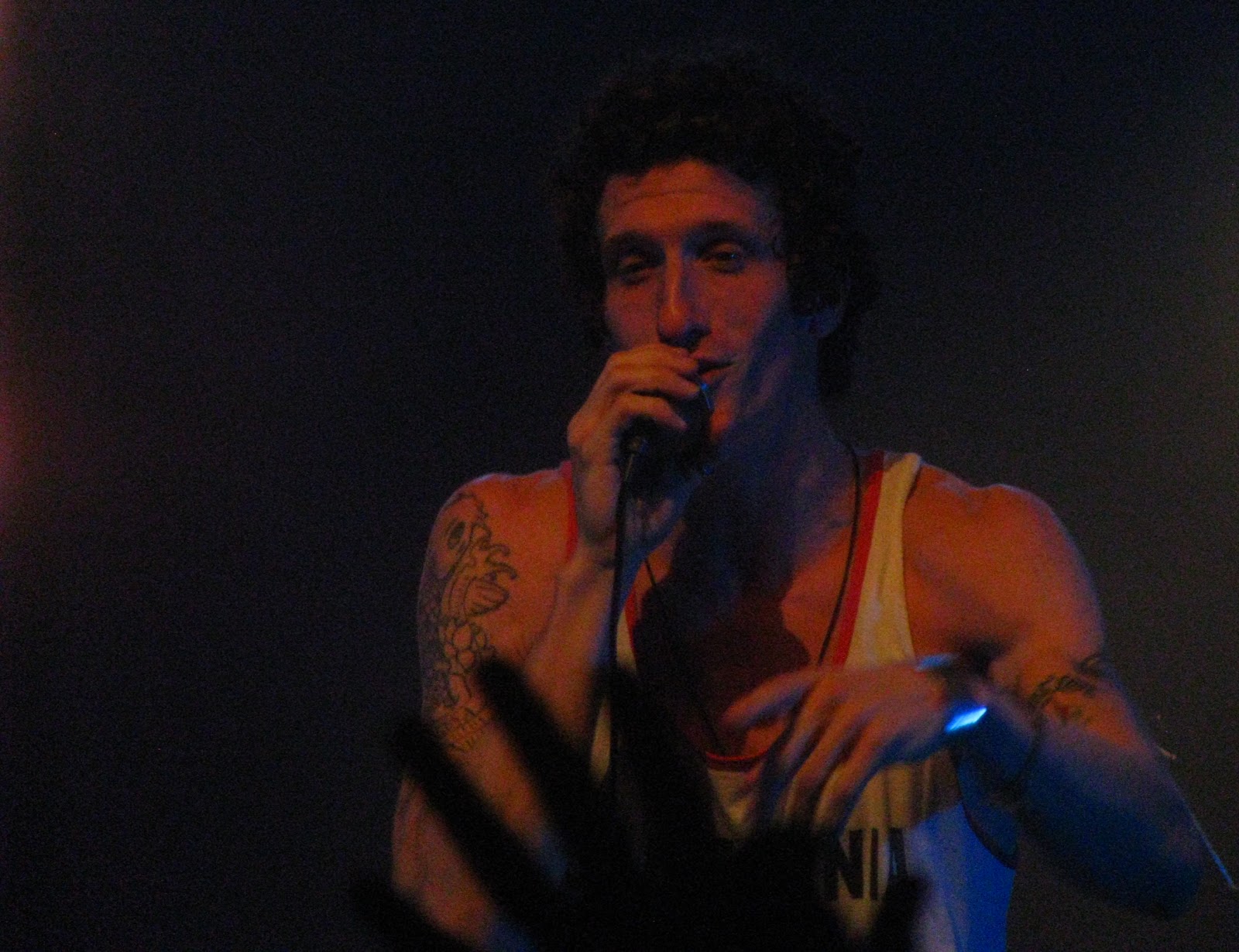 And even though they left the stage, it wasn't time for them to leave this bitch.  Less than a minute later, the band returned to tremendous applause.  "Nobody wants to go home, do they?" asked Shaw.  Not yet.  Galactic delivered an impeccable "Does It Really Make a Difference" and then sent us home rocking with "When the Levee Breaks."  What a fantastic night of music. 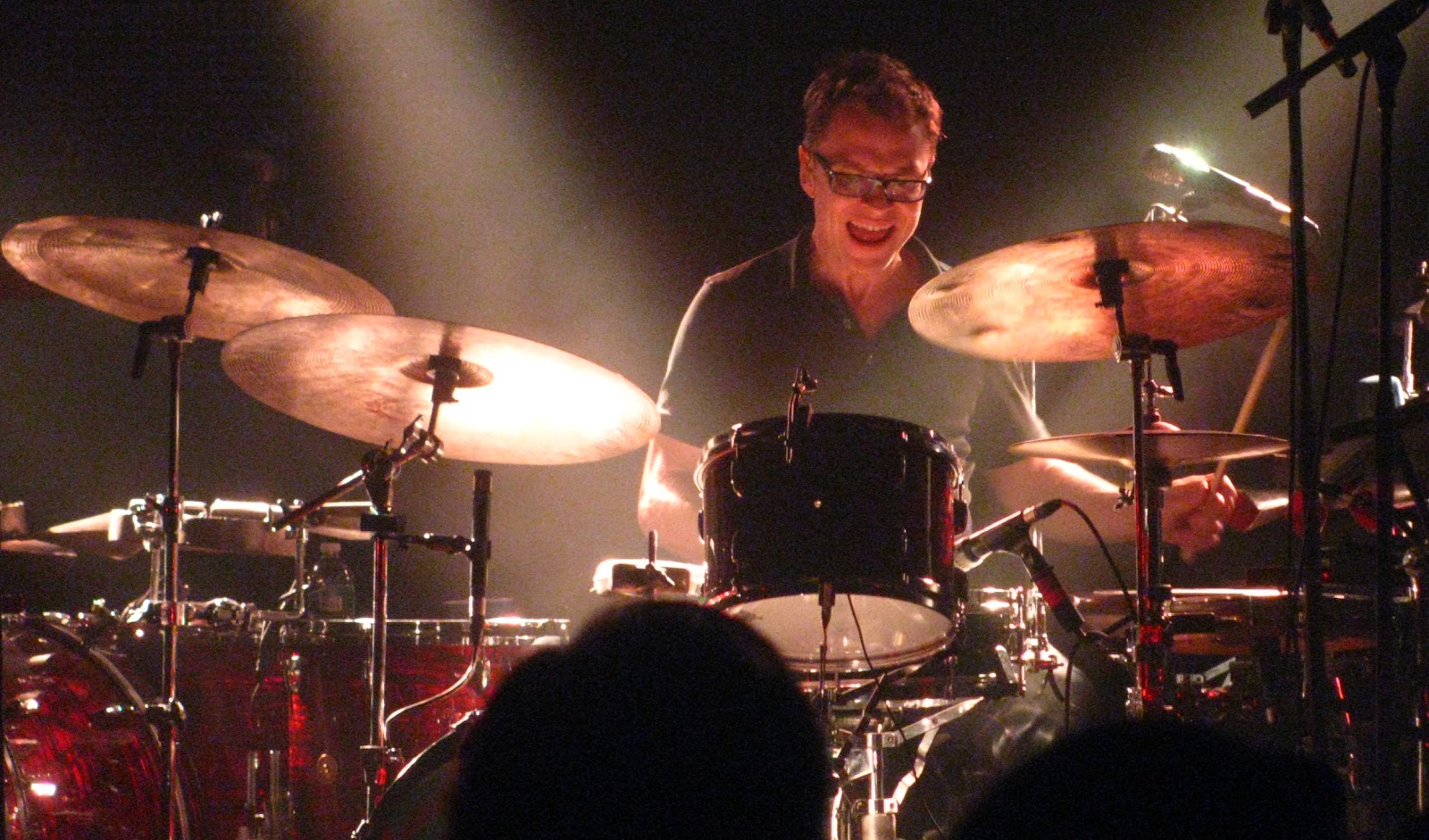 ENCORE -
Does It Really Make a Difference / When the Levee Breaks
at 4:22 AM