After seeing Theophilus London and the Heavy on Saturday, I returned to Afropunk Festival on Sunday.  I made sure to start with the Coup, having always regretted not catching them when they performed at NYU.  With his Afro, mutton chops, and tasseled pants, Boots Riley may have looked the part of a blaxploitation film character, but it was apparent that he wasn't going to be exploited.  "We came to funk y'all hard. That's easy to do," he proclaimed during "Everythang."  "We could also funk you softly, like the sweet angel of revolution whispering in your ear," he said, varying the song's volume.  The Coup made their way through cuts old and new, and the excitement of the crowd proved yet again that hip-hop is best performed with a live band.  Boots went unaccompanied on "Ghetto Blaster," spitting his rhymes with precision and speed, before turning the mic over to Silk-E to sing her "Did You Give Her What I Get."  A natural born performer and expressive vocalist, I wouldn't have minded more tunes from her had there been time.  Riley returned to finish it out with "Fat Cats, Bigga Fish," each bandmember taking a solo, including a few cartwheels from bassist J.J. Jungle. 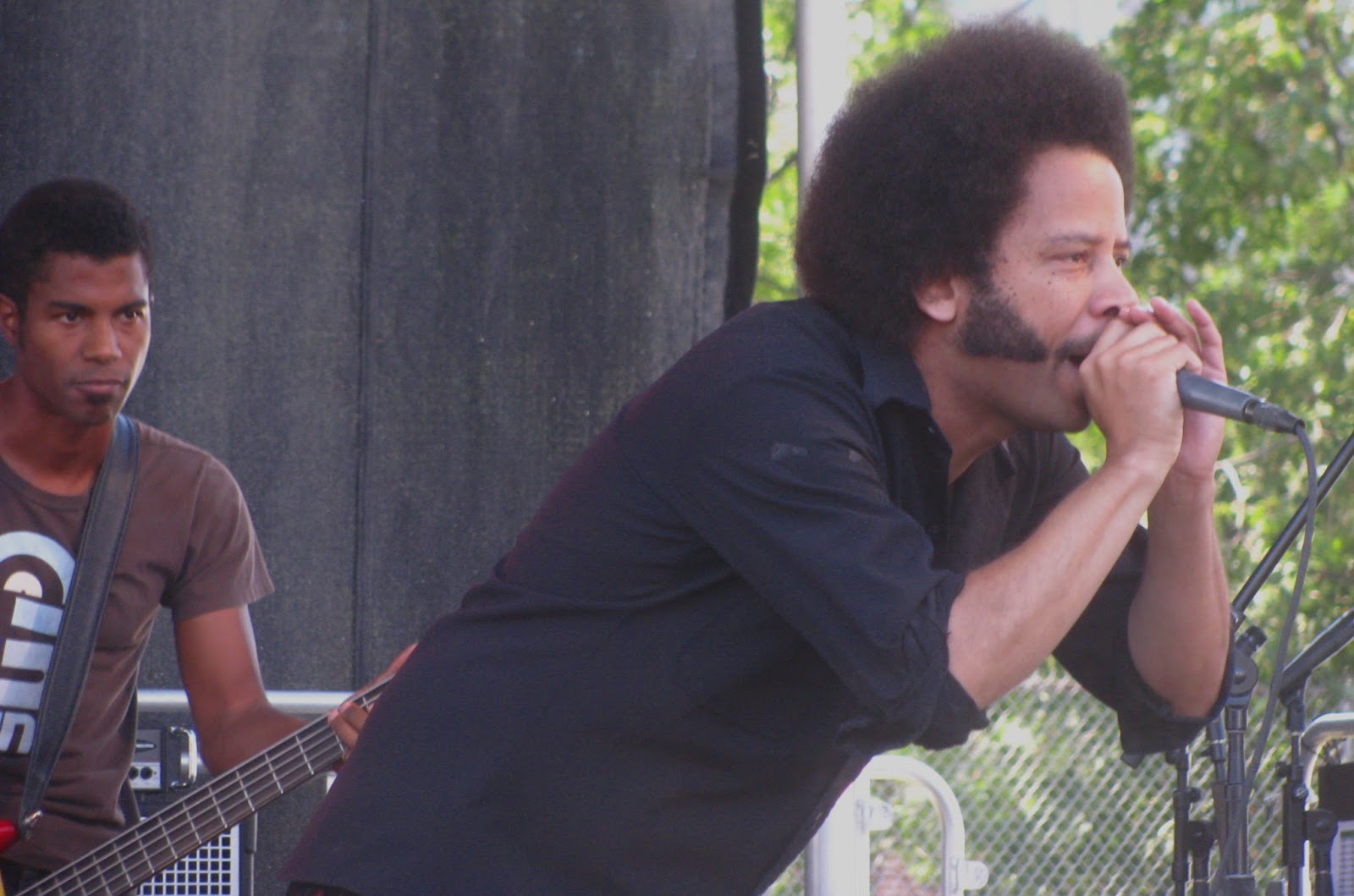 The next act on the stage was K-OS.  I'd heard good things about the Canadian musician, but I'd never listened to his music.  Starting the set with Public Enemy's "Terminator X to the Edge of Panic" was a nice choice to initiate the Brooklyn crowd, but as he moved into his own material, I realized the audience was already well-acquainted with his catalog, singing along to "I Wish I Knew Natalie Portman" and "Sunday Morning."  K-OS strapped on a guitar towards the end of the latter, teasing "Sunday Bloody Sunday" and "Space Oddity."  "This is the first show in a long time that I've done without that," he stated, throwing his in-ear wireless pack to the ground.  "Just straight monitor. That's all you, so thank you," he said to his fans.  After the Moog-heavy "Catdiesel," K announced, "They're telling me I got one more song. There's only one way to end this shit."  Finishing with "Superstarr, pt. 0," K-OS called out, "Brooklyn changed my life! Thank you, Brooklyn!"  Though his performance didn't change my life, I'm now going to check out his body of work.

After a stop at the food trucks for some grilled cheese, I walked over the other stage to see a bit of the Big Freedia's twerkfest.  While I wasn't too into the music, I have to admit it was entertaining to see everyone having such a good time rapidly shaking their booties to "Azz Everywhere." 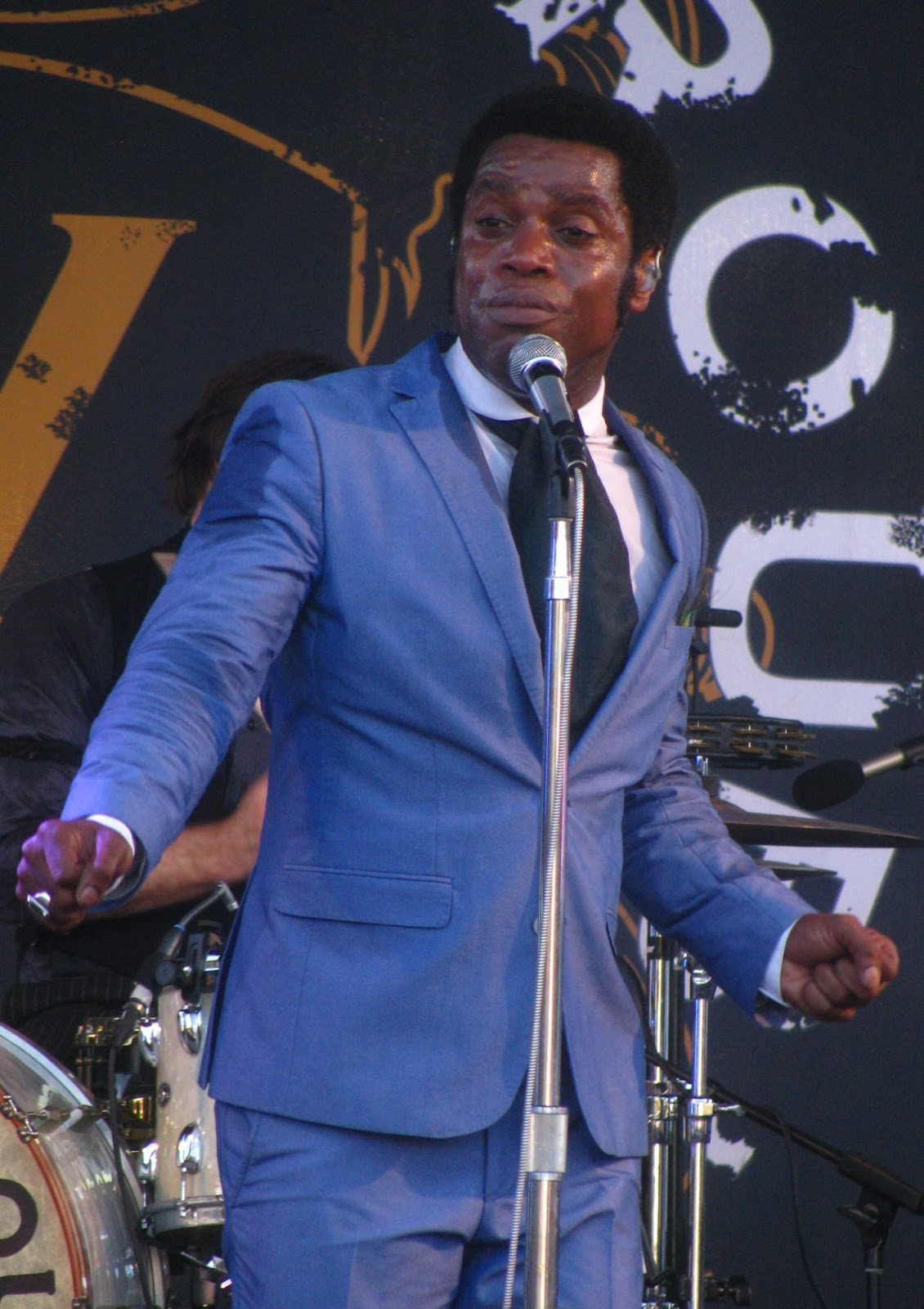 Having missed them at Beale St. Music Festival because their set time conflicted with Deer Tick's, I finally got my chance to see Vintage Trouble.  I must say the decision wouldn't have been as easily made had this happened first.  Singer Ty Taylor eased in with the first few lines of "High Times (They Are Coming)" before kicking it into high gear and keeping it there for the next four songs.  Taylor was an intense ball of energy, twirling his mic cable around like a rhythmic gymnast's ribbon, vocalizing passionately up and down the scale, and changing his cornflower blue suit to navy with soul sweat.  Anyone who had heard of the band got exactly what they came for, and newbies like my friend couldn't stop saying how amazing they were.  I would've liked a few slower songs to further accentuate Taylor's voice, but when Nalle Colt came in with the dirty rock slide-guitar of "Run Like a River," I conceded that fast was fine.  Ty ran like a river out into the crowd and stood on top of the barricades to finish the tune.  They wrapped things up with the claptastic "Strike Your Light," and it came as no surprise to hear rumblings of an encore chant.

The schedule was running a tad late, so those Vintage Troublemakers didn't get their wishes, but one Afropunk attendee had his personal dream fulfilled.  W. Kamau Bell, who introduced TV on the Radio at last year's festival, had the honor of bringing out his favorite band, Living Colour.  Unfortunately for him, they weren't ready and he had to stall.  "This is not what I was trained to do, everybody. I thought I'd be watching 'Cult of Personality' by now," he explained.  He told a few jokes about mixed-race children and teased the band members as they tuned.  Finally, everything was set, and he turned the stage over to his idols. 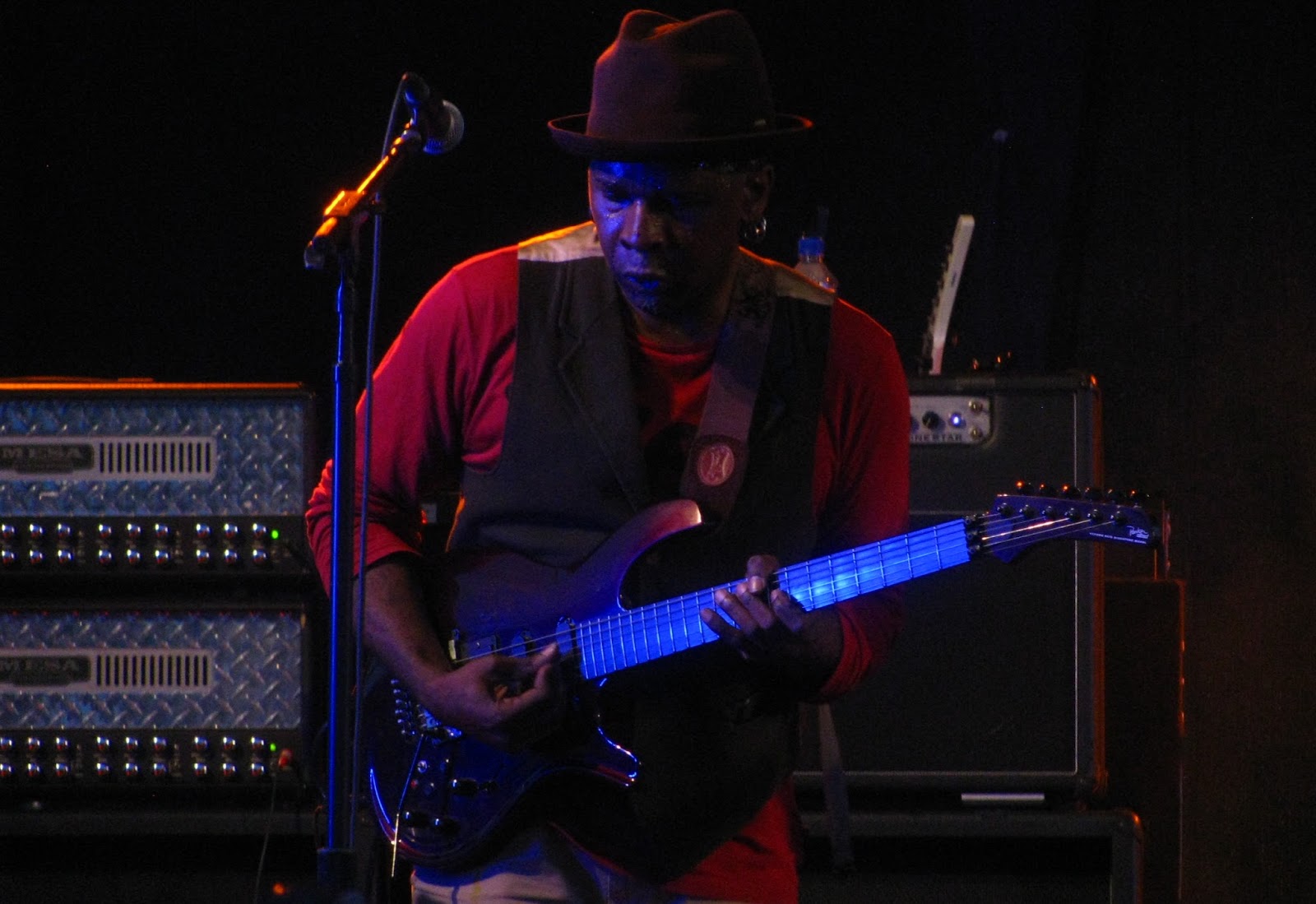 Celebrating the 25th anniversary of their debut LP, Vivid, they played the album in order, beginning with "Cult of Personality."  Corey Glover demonstrated that he could rock out even while wearing an argyle sweater vest, entering the crowd to belt out the hook.  "I used to get in a lot of trouble in this park. I've done shit my parents still don't know about," Glover admitted.  He emerged from backstage during "Desperate" holding a handheld video camera to capture the cheering crowd and his own performance.  He was having a blast onstage.  They all were, taunting each other and smiling widely, as if they had only recently formed.  The only person who may have been having more fun was Kamau, who was going HAM right next to me, singing along with every lyric.  "Open Letter (to a Landlord)" was soulful, "Glamour Boys" was giddy, and everyone knew the answer to "What's Your Favorite Color?"  During the final number, "Which Way to America?" in which the band questions why they don't have the same luxury items (like VCRs. It's a little dated.) as a richer, white America, Vernon Reid exclaimed, "Some of you have never seen a VCR in your life! In your life! Oh my God!"  Over heaps of feedback from his guitar, Reid repeated several times, "I remember when this was in a parking lot," until the song finished with a roar from the crowd.  Afropunk may have become too big for a parking lot, but that's only a good thing.

SET -
Everythang / Strange Arithmetic / We Are the Ones / The Magic Clap / 5 Million Ways to Kill a C.E.O. > Gunsmoke / Ghetto Blaster / Did You Give Her What I Get / Fat Cats, Bigga Fish