Black Joe Lewis Sweats It Out at Irving Plaza

I hadn't planned on going to a concert yesterday, so I was happily surprised when I looked in my inbox and discovered two tickets to see Black Joe Lewis at Irving Plaza.  Thanks to DoNYC, who were also presenting the show, I wouldn't be spending my evening shopping for Ziploc bags and clothes hangers.


Seattle band Pickwick took the stage first, beginning with the eerie "Myths," which merged into the soulful "Brother Roland."  Frontman Galen Disston had a good voice, but something was off with the mix or his mic because he could have been a lot clearer.  They proceeded with a new tune cut from the same (Terri)cloth as World/Inferno Friendship Society.  Aside from the vocal issues, that was Pickwick's biggest downfall: While they did a good job paying tribute to their various influences, they had some difficulty finding their own sound.  They were most successful when they'd dig into an upbeat bass-led jam like on "I Don't Wanna Go Out" or "Hacienda Motel."  The latter segued into "The Ostrich," a song Lou Reed recorded with the Primitives for the Pickwick label in 1964.  For those of you who've never heard the record, just imagine your 45 of the Crystals' "Then He Kissed Me" skipping, and then people shouting weird bird noises over it.  They funneled that punk energy into their final number "Window Sill," with guitarist Michael Parker jumping down onto the barricade to scream into the crowd's faces.

From behind Irving's setbreak projection screen came a deep monster voice, welcoming the audience to the show.  The screen slowly lifted, revealing Black Joe Lewis, who eased into "Vampire," the first of ten Electric Slave songs that would be played.  The Texan lovechild of James Brown and Jimi Hendrix, Lewis specializes in distortion-heavy, take-no-prisoners, funk rock.  At the end of the first song, he lifted his arms to reveal damp splotches in the pits of his light grey t-shirt.  I made a prediction: By the end of the night, the shirt would be three shades darker, drenched in sweat.  And although a recent foot injury may have limited Lewis' dancing abilities, his showmanship never faltered.  By the second song "Black Snake," he was playing guitar with his teeth.  A few tunes deeper, and he was hanging the instrument from his head, churning out a wake of feedback as he stumbled around like a zombie.  By the time he reached "Guilty" halfway through the set, Lewis admitted, "I think I used up all my tricks for the night, so you all might see some of the same shit." 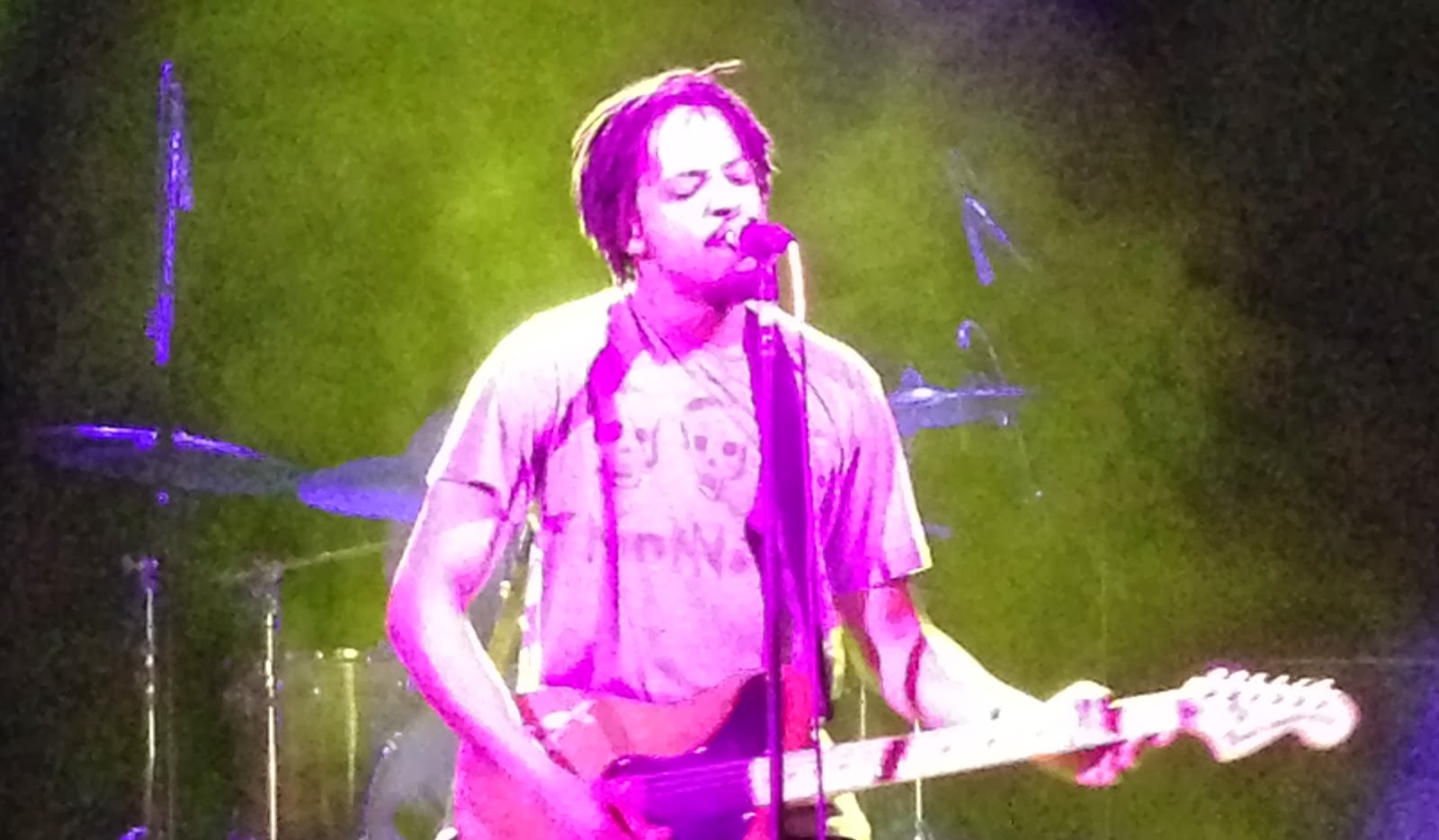 While many of the gritty ditties shared a similar structure, the repetitiveness was excused by the band's enthusiastic playing, which was nothing short of intoxicating.  The swampy hard rock of "Skulldiggin" ignited the audience, as well as saxophonist Jason Frey, who grabbed a tambourine and leapt back and forth off of Eduardo Torres' drum riser.  Fans were definitely getting their money's worth, with one even tossing a crumpled bill at Lewis.  "You can keep your money, girl. I'm not a gigolo," Joe said, unraveling the greenback to reveal Washington's face.  Funnily enough, he followed the proclamation with "Make Dat Money."  The moment I'd been waiting for finally came when they revved up "Sugarfoot," the first BJL song I had ever heard.  When they weren't firing off their signature blasts, the hornsmen stepped out with some choreographed moves á la the Temptations.  Then Joseph Woullard completely blew the lid off the room with an astonishing bari sax solo, simultaneously playing both low and high parts.  They completed the set with a pair of Electric Slave tracks, "Young Girls" and "Mammas Queen."  Two minutes later, the band reclaimed the stage.  "Y'all knew we were comin' back," smiled Joe, and he pounded out two more rockers, his shirt now charcoal in color.

(If anyone knows the name of the encore songs, please inform me.)