Over the past year, the South Street Seaport has been aiming to reinvent itself from a mall near boats into an urban fun zone.  In the summer, they turned a shipping container into a bar, screened family-friendly films on an astroturf lawn, and had bands perform on an outdoor stage.  With the weather now in the 20s, it was only fitting that they open a pop-up indoor music venue to continue the party.  If you've ever wondered what a concert inside an upside-down bounce castle would be like, check out the Front Row Cube.  The inflatable cuboid with color-changing walls was a heated respite from the bitter breeze off the East River, but unfortunately, it attracted more chattering bargoers than music fans.  The talking bounced off the Cube's high ceiling, providing some stiff competition for the band.  Thankfully, Queens' premier neo-classic rock act, Hollis Brown, brought more than their A game, playing their longest concert, chock full of old favorites, covers from Otis Redding to the Rolling Stones, and brand new songs.

Hollis Brown started with "Highway One," a relatively new number, but definitely worthy of the opening slot.  It was a move of confidence, a trait that has increased every time I've seen them play.  Two of their best-loved tunes, "Ride on the Train" and "Gypsy Black Cat," came next, the latter with frontman Mike Montali and bassist Dillon DeVito singing the last round together into one mic.  It was nice to see keyboardist Michael Hesslein in a more permanent position, and new drummer Andrew Zehnal offered a jazzier take than his predecessor, Mike Graves.  As always, they absolutely nailed the harmonies on "Faith & Love."  They followed it with "Train Round the Bend," the first of four Loaded Velvet Underground tunes to make an appearance.  (The band is releasing a VU tribute in April.)  Sadly, the cocktail-drinkers yapped right over the quieter "If It Ain't Me."  "Alright, we're gonna rock out a little bit for you," announced Montali, diving into "Green River."  The Creedence cover grabbed a few more listeners, and then the band embarked on a dark jam before "Doghouse Blues."  "This is like the longest we've played this year.  We're putting a lot of shit out there," Mike informed.  Dillon sang "Carolina, Carolina," the only tune from their debut that was played, but his microphone wasn't loud enough to make a real impression.  Then the group stripped down to a trio of Montali, DeVito, and Zehnal for a new number with a chorus in Spanish (Hey, every band has to try it, right?).  Bonilla and Hesslein returned for "Sweet Jane," but I mainly heard the drunk guy in front of me debating his friends as to whether or not he'd heard the song before.  It was Neil Young's "On the Beach" that unquestionably proved the shortcomings of the audience.  The lyric "I need a crowd of people" should've been met with a roar, but alas, the babbling at the bar prevailed.  Jon Bonilla took lead vocals on "Lonesome Cowboy Bill," and injected a bit of chaos into the vibe before Montali slowed things down with a solo performance of the Stones' "No Expectations."  The road trip of a set that began on "Highway One" ended with another new song, "Wait for Me, Virginia."  With its singalong chorus perfect for a summertime drive with the windows rolled down, I have no doubt this is going to become a setlist staple for years to come. 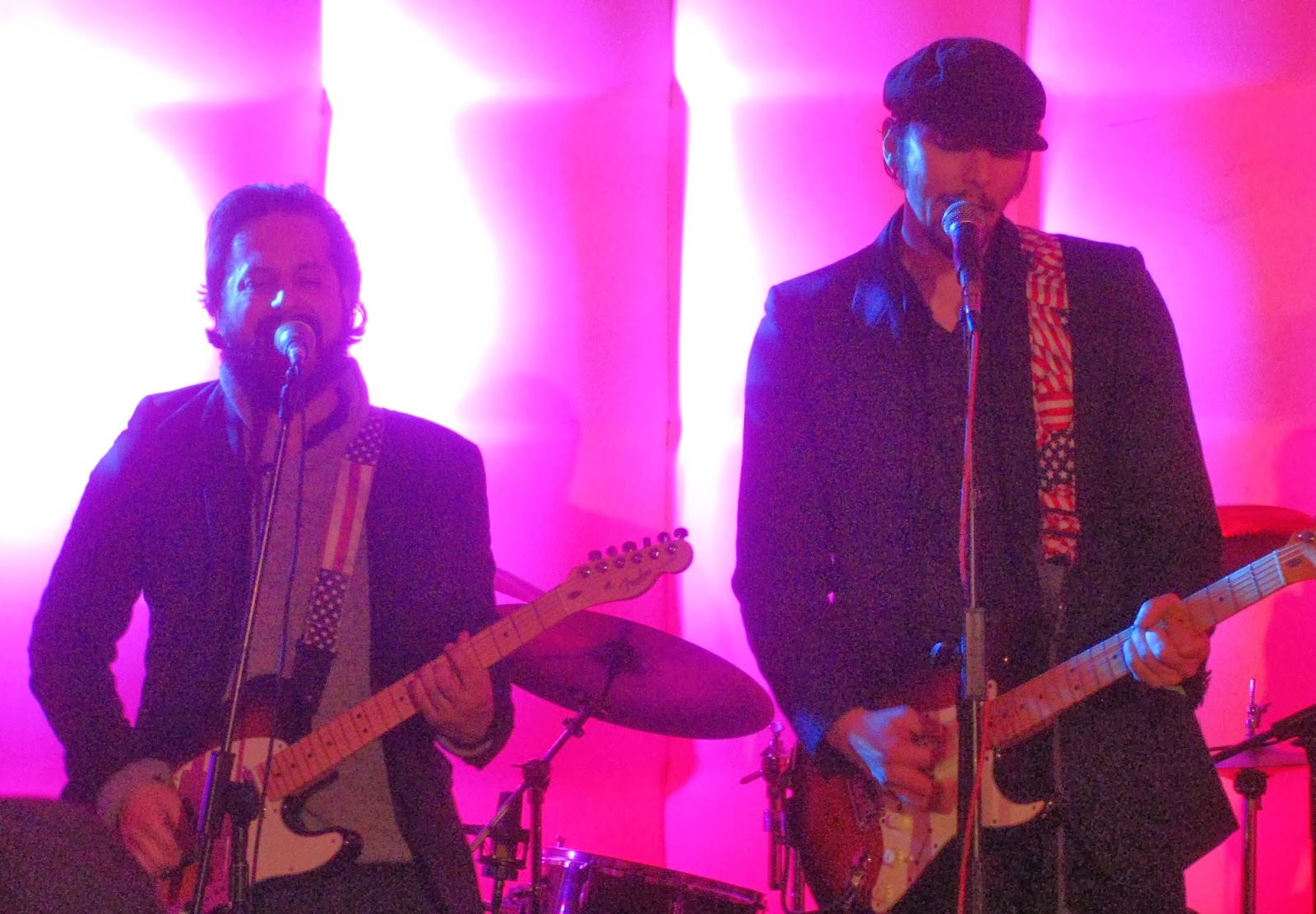 I was truly surprised that the audience made enough of an effort to request an encore, but I was even more surprised by the song choice.  Montali said they'd be doing a "rock and roll staple," so I readied myself for "Rockin' in the Free World," which they've performed in the past.  When they catapulted into the Stooges' "I Wanna Be Your Dog," I smiled that I'd stuck it out despite my surroundings.  Hollis Brown weren't going to let a disrespectful crowd affect their performance, and that, my friends, is what truly takes confidence.

SET -
Highway One / Ride on the Train / Gypsy Black Cat / Faith & Love / Train Round the Bend / When the Weather's Warm / Outlaw Blues / Down on Your Luck / If It Ain't Me / Green River / Jam* > Doghouse Blues / Cool It Down / Hey Baby / That's How Strong My Love Is / Carolina, Carolina / Nothing & the Famous No One / Siempre Mi Amor* / Sweet Jane / On the Beach / Lonesome Cowboy Bill / Nightfall / No Expectations / Wait for Me, Virginia