In December, Sister Sparrow & the Dirty Birds invited their fans to vote on ten classic albums, ranging from Aretha Franklin's Lady Soul to Superunknown by Soundgarden.  The winning LP would be covered in its entirety at the band's January 31st Brooklyn Bowl concert.  A few weeks ago, Led Zeppelin's IV was announced as the victor, and the band got to work arranging and rehearsing for last night's show.

The event was opened with a long set from Brooklyn's Zongo Junction, a 9-piece Afrobeat outfit made up of the whitest-looking dudes possible.  I'd never seen or heard of them before, so I was pleasantly surprised to learn that they were real deal, not just a group of pale imitators.  As they made their way through their instrumental tunes, crowdmembers spun in joyous circles around the dance floor.  I was even more impressed when the band deviated away from the standard Afrobeat rhythms, with bassist David Lizmi (a dead ringer for Frank Zappa) taking one jam into the depths of the ocean as keyboardist Ross Edwards layered in some decaying vocal effects.  I noticed that a stand in the center of the stage held an unused vocal microphone, and I joked with my friend that I was going to join them.  I began to improvise lyrics about a mosquito and malaria.  Fortunately for everyone, I didn't jump onstage, and Zongo Junction received another credibility boost when they introduced Abena Koomson, who had served as vocal captain for Broadway's Fela!  Koomson led a crowd chant on the militantly catchy "T.D.D. (Tear Dem Down)," dancing as the boys kept the groove going.  Imagine my shock when she started singing "Elephant & Mosquito," which contained lines about a mosquito and malaria.  I spent the rest of the set convinced that I was some sort of Afrobeat psychic, smiling as I listened to the ghostly sounds of the Farfisa organ and watched percussionist Morgan Greenstreet wildly contort his mouth as he banged away on the congas. 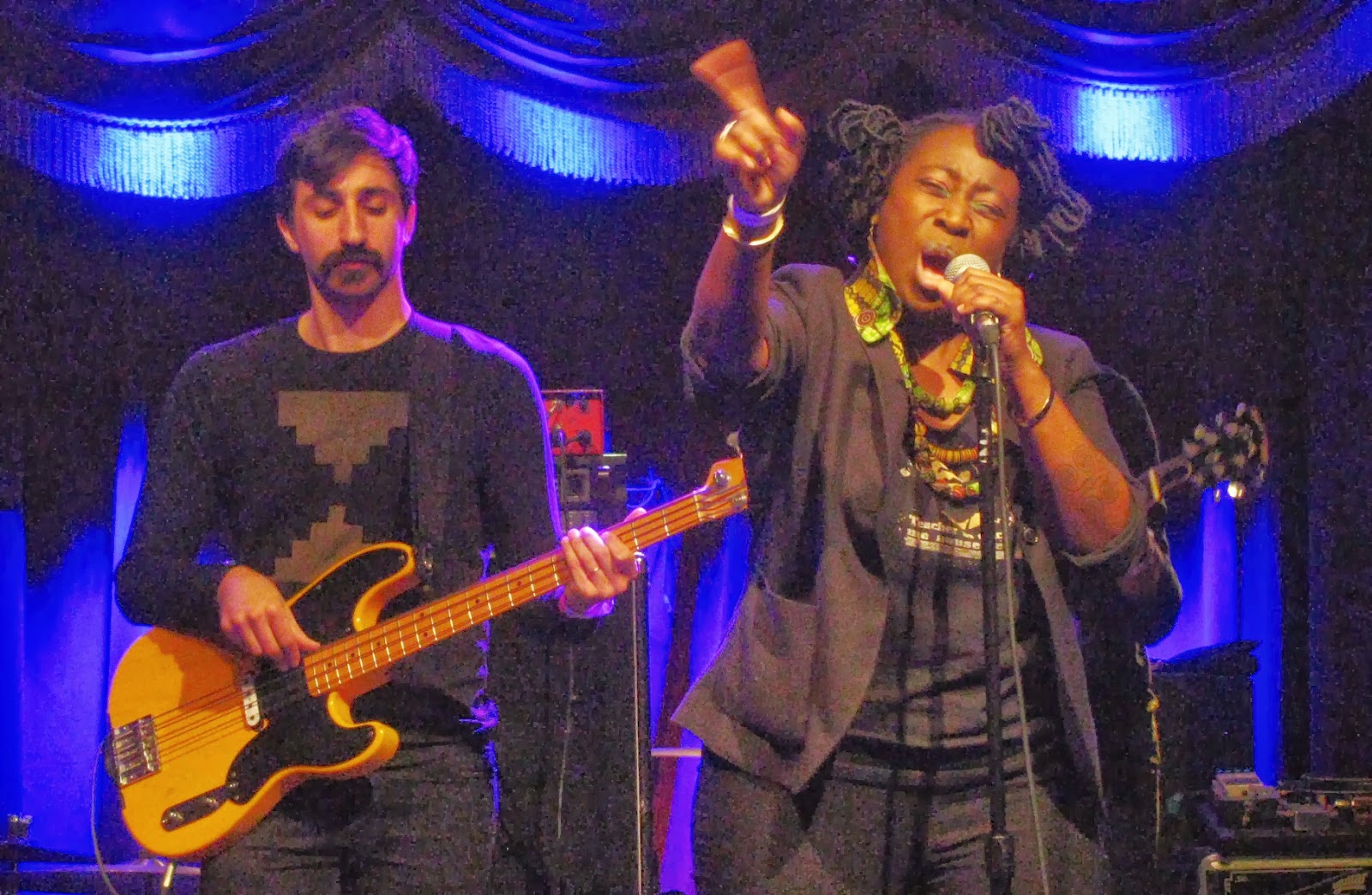 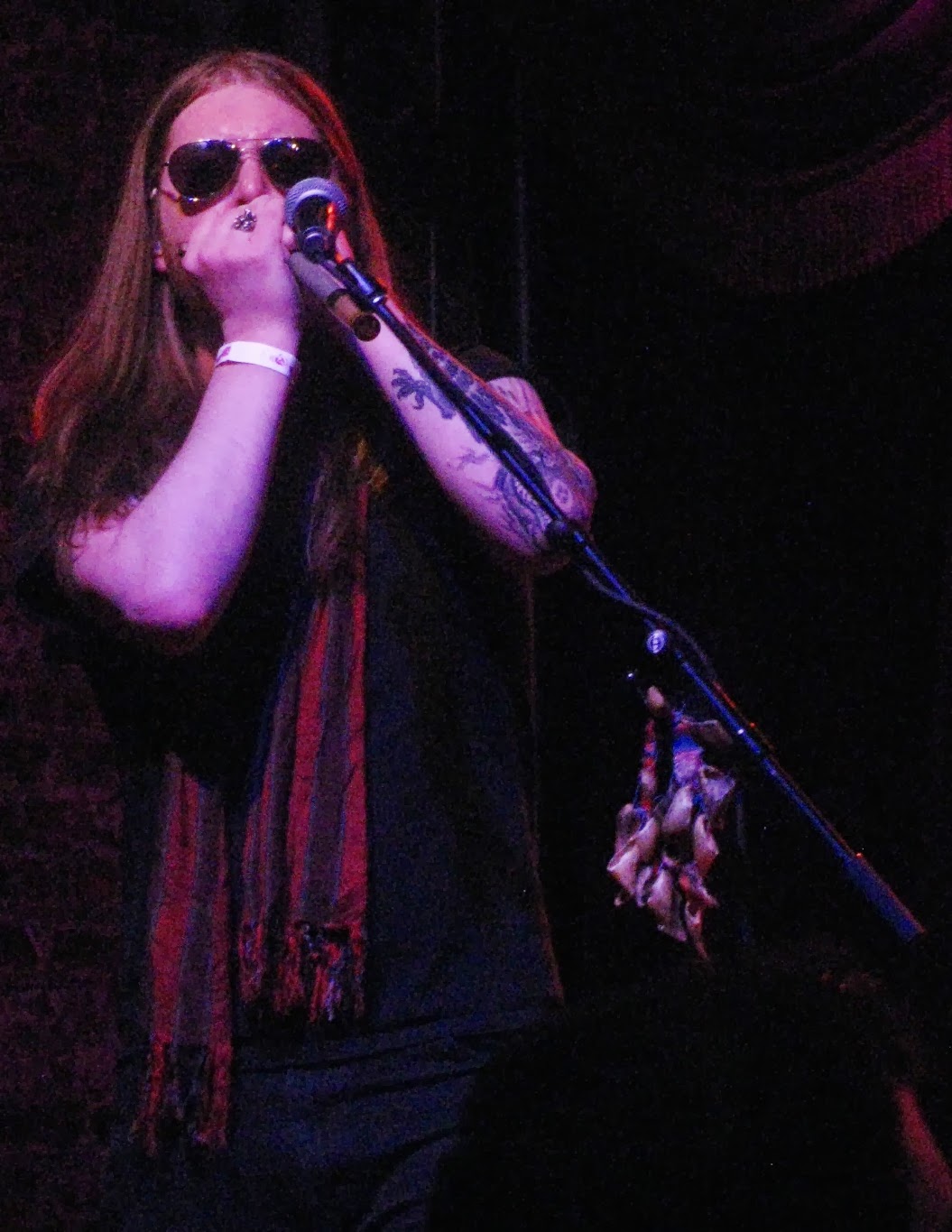 Having seen the Dirty Birds three times last year, I'd grown accustomed to them opening with an instrumental barrage before Sister Sparrow hopped out to sing the first number.  It was obvious this was going to be a different kind of show, as Arleigh Kincheloe emerged right at the beginning to sing "The Way You Make Me Feel."  (Michael Jackson's Bad was also in the cover album poll.)  They proceeded with five of their own songs, highlights including "The Long Way" and "Make It Rain."  Following a killer "Crawdaddies," the stage went dark for a tad longer than usual.  It was time. 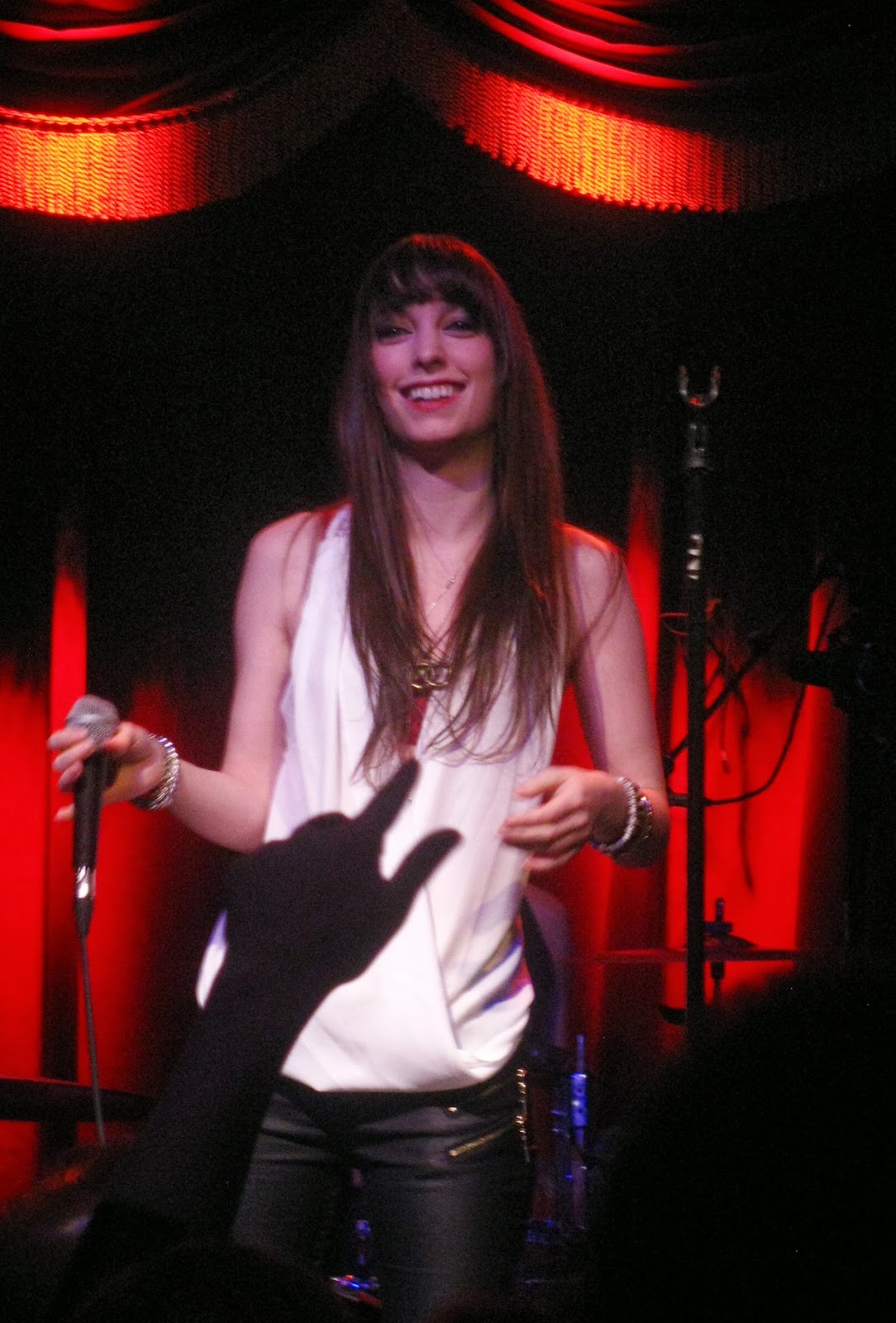 They roared into "Black Dog" to kick off Zeppelin IV, Arleigh modifying the lyrics to "a skinny-legged woman ain't got no soul" to fit her petite frame.  Guitarist Sasha Brown blew my mind when he tore into the riff from "Bulls on Parade" to start "Rock & Roll."  He weaved the motif in and out of the song, which Arleigh finished by turning her back to the crowd and screeching higher than Robert Plant ever could.  I was intrigued to see how they'd handle the Lord of the Rings-themed "The Battle of Evermore," a nerd fantasy that just doesn't do it for me on record.  Sasha locked into a sinister groove that bent towards industrial with the addition of a grating harmonica ostinato from Jackson Kincheloe.  The packed house began to get a little chatty during the number, which continued into "Stairway to Heaven."  If there's ever a time to shut up at a concert, it's during "Stairway," but silence didn't come until the song's powerful conclusion.  Brown's guitar should have been louder in the mix from the start of the show, so maybe that would've helped.  "Misty Mountain Hop" got the floor moving again as expected.  The beat gradually began to slow until the Birds pulled a 180° and dropped into "Diamonds on the Soles of Her Shoes" (Graceland was also a candidate.) for a bit before returning to the "Hop."  The last time I saw Sister Sparrow, it was in a sweaty basement for the Fight EP release party.  Unfortunately, Arleigh's vocals were a little strained that evening.  Last night, she'd never sounded better.  The prime example was "Four Sticks," where you could hear every drop of joy and pain that she harbors in that soulfully stirring voice.  While Josh Myers traded his bass for an acoustic and Sasha doubled his string-count, Arleigh grinned widely at the audience.  "You asked for it!  We're so, so happy that this is the album you chose for us to play," she gushed.  "Playing music is fun, but playing Zeppelin is a whole 'nother thing."  Again, talking covered up a lot of the delicate "Going to California," but when you could hear the intricate notes of Brown's 12-string, it was beautiful.  This was a Zeppelin show, however, so people wanted to rock.  They got their wishes with "When the Levee Breaks."  Assisted by three of Zongo Junction's horn players, the Dirty Birds had everyone in the Bowl bouncing until its end.  "Brooklyn, we love you so fucking much!" yelled Arleigh as the the Birds flew the coop.  The sold-out crowd roared their approval.  Less than a minute later, the band reclaimed the stage to finish up with another Zeppelin tune: Houses of the Holy track "D'yer Mak'er."  The reggae ditty was the icing on the cake, likely a rum cake, as Sister Sparrow snuck in the liquor-soaked chorus from her own "Vices."

It was definitely a night to remember for the band and everyone sober enough in the crowd.  Let's hope Sister Sparrow & the Dirty Birds make an album cover show an annual tradition, so we'll have even more memories in the years to come.