The Revivalists Return to Brooklyn Bowl

I saw the Revivalists at Brooklyn Bowl in November, and they called it their best show of the year.  Truth be told, had it not been for some issues with the drum inputs on the recording, the show was going to be released as the live album included in the re-release of City of Sound (That night's "Upright" made it onto the compilation in case you were wondering.)  So when the NOLA band returned to Brooklyn Bowl on Thursday, expectations were astronomically high.  That made for a strange energy in the room, especially when co-headliner Moon Taxi's "we've got one more song" turned into four or five, with guitarist Trevor Terndrup taking his six-string for a trip around the entire venue, from the bar to the bowling lanes.  The series of fake-outs and showboating made it seem more like the end of the night instead of the middle.


The seven Revivalists began their set with "Soul's Too Loud."  One thing that wasn't too loud was Rob Ingraham's saxophone, buried in the mix to the point of inaudibility.  The soundman didn't appear to be too attentive, David Shaw having to tell him on the mic to "Plug the acoustic in, my man."  "Sunny Days" featured a guest sax solo from Lucas Ellman of Chicago funk outfit, the Heard.  The stint required the sound technician to reassess the woodwind levels, and we could finally hear Ingraham, leading to two of the night's best performances back-to-back: "When I Die" and "Bullet Proof Vest."  One of my favorite Revivalists songs is "Catching Fireflies," but unfortunately for me, a drunk asshole decided he'd like to take up residence where my toes were.  I nudged him off, which he wasn't too happy about, shouting, "Push me again, motherfucker!"  I held my ground, but I resisted getting violent, assenting to the song's lyrics: "I'm a peaceful man today."  "Criminal" sparkled as usual, with bassist George Gekas huddling close to steel guitarist Ed Williams for most of the final number. 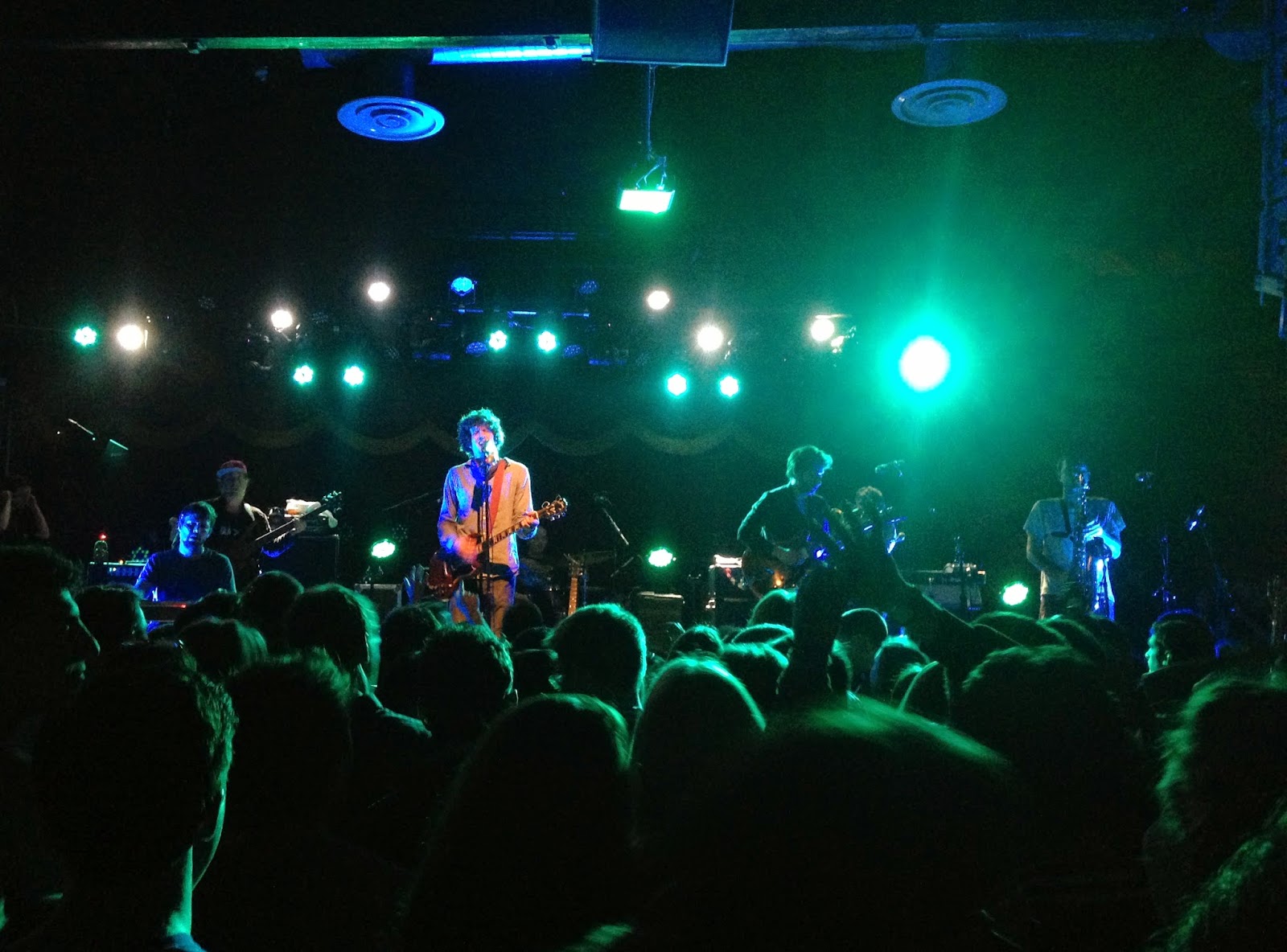 "Last time we played this here, we had a very special guest," announced Shaw, reemerging for the encore.  I braced myself for "Whipping Post," as they had performed the Allman Brothers song with the assistance of 10-year-old guitar prodigy Brandon Niederauer.  So I was surprised when they slinked into "Forgot About Dre," which they've played with Warren Haynes in the past.  Rob took the Eminem role, throwing back to Shaw with each "forgot about Dave."  When the tune came to its particularly crunchy finish, the crowd continued cheering for one more song.  It wasn't in the cards, however, as Biz Markie fired up the turntable, and the Revivalists became the latest victim of Bowl Train's too-early start time.

I had a few beers with Ed, Michael, and Andrew before the show.  Listen to the interview here.

SET -
Soul's Too Loud / Stand Up / Concrete (Fish Out of Water) > Not Turn Away > Common Cents / Sunny Days (feat. Lucas Ellman) / When I'm Able / When I Die / Bullet Proof Vest / Strawman / BTBD / Catching Fireflies / All in the Family / Criminal