The White Buffalo (Jake Smith) released one of my favorite records of 2013: Shadows, Greys, & Evil Ways.  A concept album telling the knotty narrative of two young lovers named Joe and Jolene, Smith could have performed the album straight through, almost like a musical, for his Irving Plaza set.  Instead, he chose a discography sampler, highlighting tunes from every single one of his releases, and left no one disappointed.

Social Distortion's guitarist Jonny Two Bags opened the show.  Kicking off with "One Foot in the Gutter," Two Bags offered up a slightly rootsier sound than his punkabilly main outfit.  He segued right into the b-side "How Many Hearts (Will You Destroy Today?)," which exemplified his knack for melody.  At the very end of "Avenues," Jonny accidentally hit his guitar's headstock against the mic with a loud clunk.  "That new guitar needs some love taps anyway.  It's too damn shiny," he reasoned.  As the set proceeded, the tunes began to blend together.  The power trio configuration wasn't exactly serving the fleshed-out arrangements found on his debut LP, Salvation Town, so it was a blessing when they were joined by pedal steel player Todd Beene and Chuck Ragan on mouth harp for "Alone Tonight." 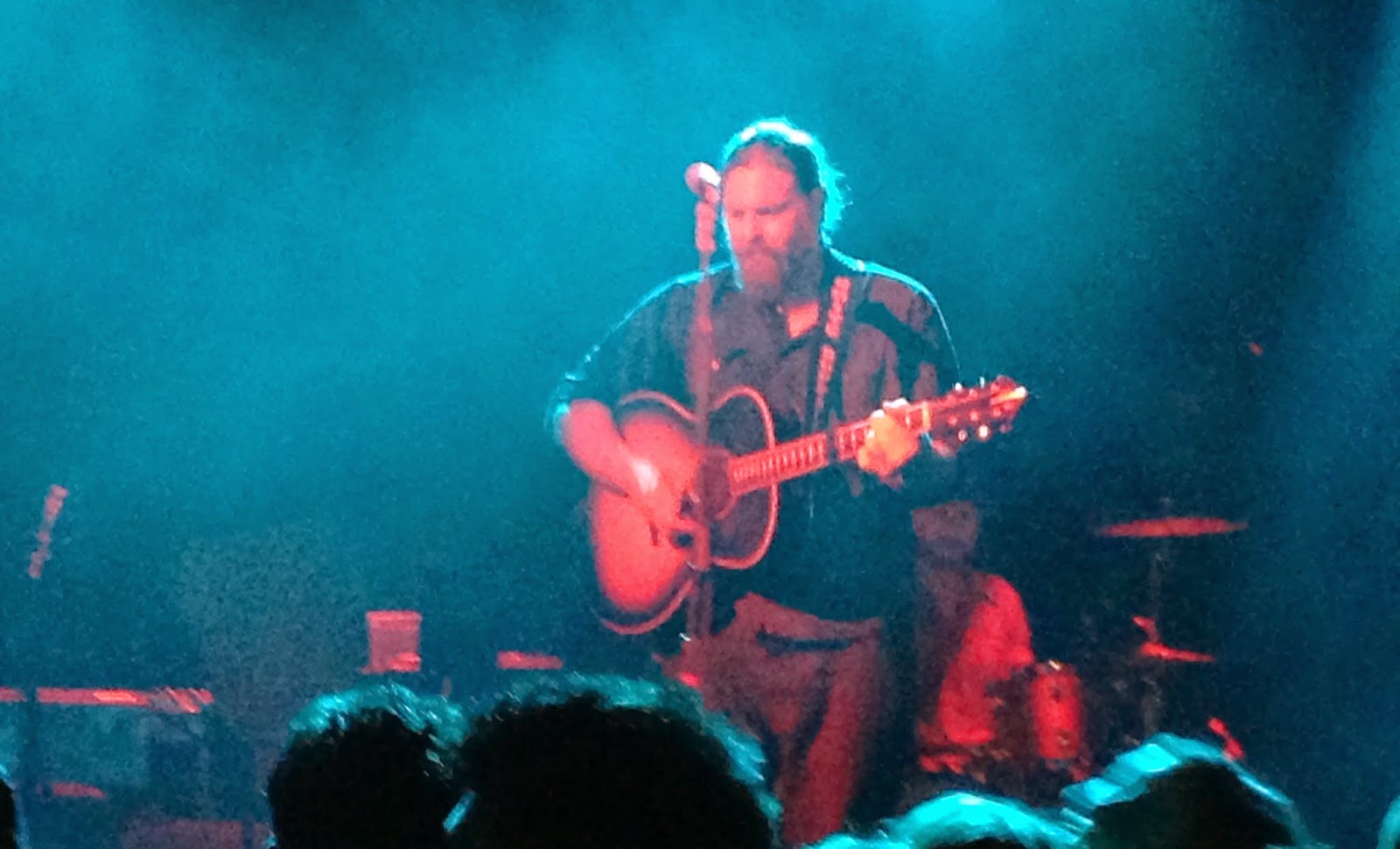 In an interview before the show, the White Buffalo told me that he was battling a cold, but he assured me it would be fine.  After hearing him growl the refrain in opener "When I'm Gone," it was immediately obvious that it wasn't affecting him at all.  If anything, it may have added a pinch more gravel to his husky baritone.  When Smith started strumming the chords to "Joey White," I was giddy with anticipation all the way to that first awesome bass slide by Tommy Andrews.  Andrews was the star of "Every Night Every Day," a barnburner driven by his bouncy bass, not to mention his on-point backup vocals.  Each tune followed the next perfectly, from the contemplative country rock of "One Lone Night" to the gentler "Darkside of Town" to the rollicking chorus of "The Bowery."  Jake dedicated "Love Song #1" to his wife, and "Good Ol' Day to Die" featured a nice drum solo from Matt Lynott.  Chuck Ragan emerged for "BB Guns & Dirt Bikes" to supply a bit of harmonica and and share backup vox with Tommy.  "The Whistler" was met with cheers from the audience, and proved that Smith's powerful voice extends to his whistling ability.  Nearing the set's end, the celebratory "Joe & Jolene" preceded the yearning "Don't You Want It," as the only numbers played in order from Shadows.  Jake claimed his time was up, but he didn't put down his six-string.  The White Buffalo charged into a fiery incarnation of "The Pilot," leaning forward into the mic to give emphasis to his wishes. Smith's voice is so strong that he can take commonly used phrases like "young, dumb, and full of cum" and make you think he invented them.  So when he declared that he'd like to spend his life "kicking ass and taking names," the crowd roared its approval.  Now go see him live, or you deserve to have your ass kicked.