As I waited in line for an hour at Kim's and then two hours at Turntable Lab, I was beginning to wonder if Record Store Day had jumped the shark.  It's obviously the biggest day of the year for independent shops, but having patrons turn in a checklist at the counter instead of thumbing through LPs seemed to take a bit of the spirit away.  Fortunately, TTL hadn't run out of any of the releases I wanted, so I left there pretty satisfied.  Unfortunately, neither store had Hollis Brown's tribute to the Velvet Underground, Hollis Brown Gets Loaded, limited to just 500 copies.

I headed to IND Music's offices in Williamsburg to go to the band's record release party in hopes of purchasing one there.  Sadly, RSD's rules prevented anyone but indie shops (and consequently, eBay scalpers) from selling the LP, so I was thwarted again.  But wait!  For a dollar, I could enter the raffle to win a copy.  I put in a Washington.  While I waited, I got treated to a live show from the Queens quintet. 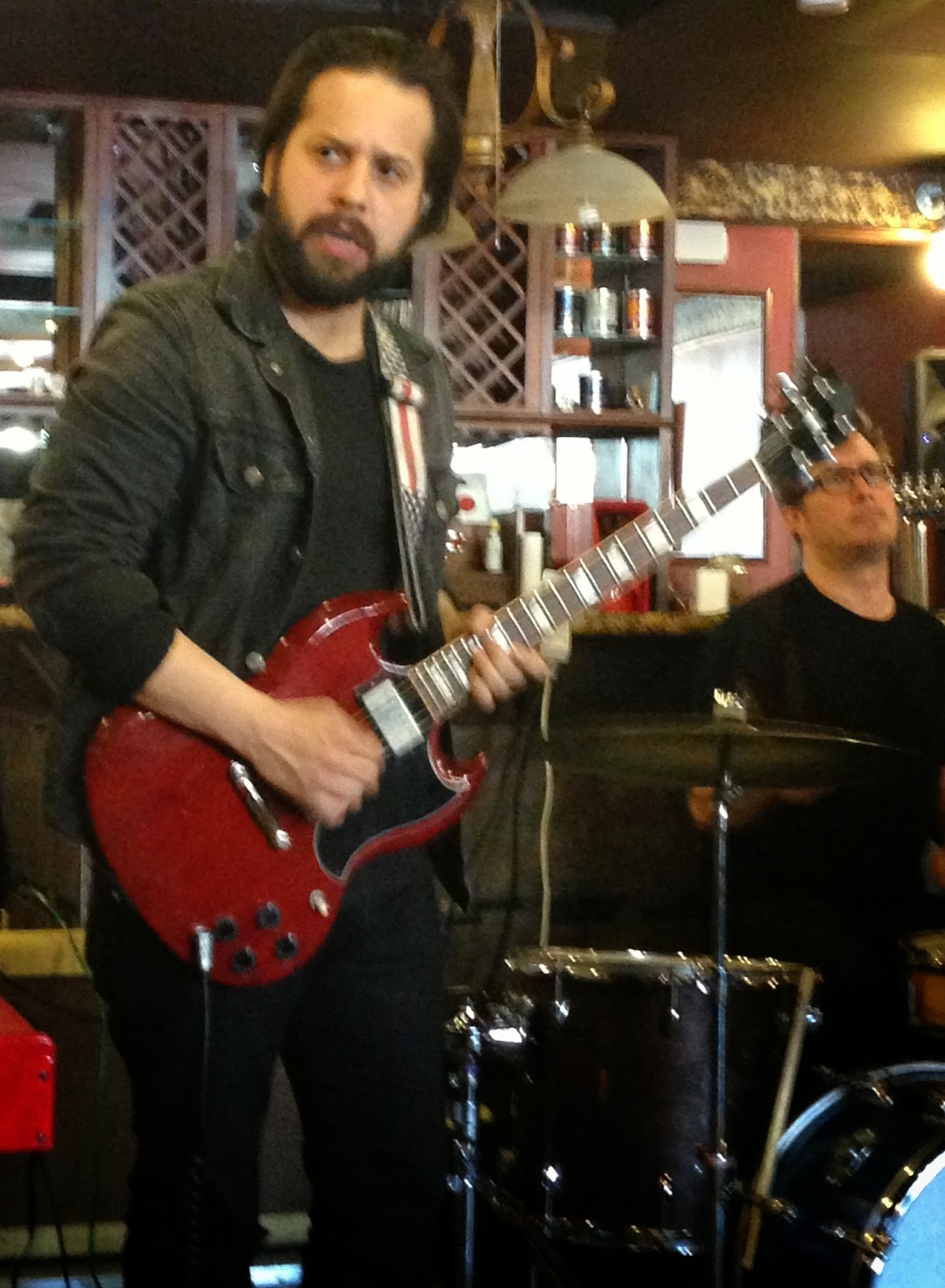 The boys drifted into "Train Round the Bend" while they were still being introduced, eager to play some VU songs.  Unlike the last time I saw them at Front Row Cube, the weather outside was perfect, so only die-hard, respectful fans were in attendance.  Additionally, the band had obviously taken the time to make sure everything sounded great in the lower-level bar, and it showed on "Gypsy Black Cat" and my personal favorite, "Highway One."  Following "Cool It Down," Mike Montali said some thank yous while keyboardist Adam Bock (not Michael Hesslein) hurried to take a swig from his flask before they went for a "Ride on the Train."  The song ended beautifully, with Montali singing alone over Andy Zehnal gently nudging the crash cymbal with his mallets.  Zehnal left his sticks behind completely for the next tune, adding an authentic Latin cadence to "Mi Amor."  "Wait for Me, Virginia" brought the short set to a close with a loud, soaring solo from guitarist Jon Bonilla.

Time for the raffle.  Didn't win.  I got a text message from a friend in New Orleans, who was finding most of the RSD releases for me that I hadn't located in New York.  "Hollis Brown?" I questioned.  "Not yet," he replied.  Then I went to the rooftop restaurant above IND to tape a podcast episode with Montali.  It'll be out in a few weeks, so stay tuned for that.

I hustled over to Rough Trade only to find out that at 5pm, there was still a long-ass line. I waited for another 45 minutes or so, hoping that it hadn't sold out.  I finally got to dig through their RSD crates, and I found it!  It was under B, so I guess they didn't get the "band, not a man" memo.  Completing my shopping there, I got another text from my friend in NOLA.  With his help, I'd gotten everything on my list except for the Of Montreal Jigsaw Puzzle 7".  Even though I'd spent the majority of my day waiting in line, it was all worth it.