In the basement of the Standard Hotel in the East Village, there is a strange little nightclub.  Its walls are covered in André Saraiva stick figures.  A large sculpture of a gaping mouth hangs over a stage.  Tiny wooden stools surround white wooden tables.  It was in this room that Ben Taylor played the second stop on his three-night mini-tour of Manhattan.  To read a review of night one, click here.


Grace Weber opened for him again, which was a pleasant surprise.  Three things first:

1. She only appeared tall from my vantage point last night.
2. That phenomenal voice is hers. She didn't have the blue water bottle tonight.
3. I didn't know that she'd be opening tonight as well, or that I'd meet her at the show, so I'm mildly embarrassed about asking that she date me. However, the offer still stands.

Backed only by her keyboardist, Julian Pollack, Grace performed a short set of four originals.  Accidentally thwacking her guitar out of its stand at the beginning of "Everything to Me," she displayed that same adorable clumsiness, offset by her powerful voice.  Her final two numbers were my favorites from last night, and I found myself singing along this second time.  Before leaving the stage to sell CDs of her album and a Christmas EP, she suggested, "You can find me at GraceWeber.com, Facebook.com... Match.com."  (Setlist help is appreciated.) 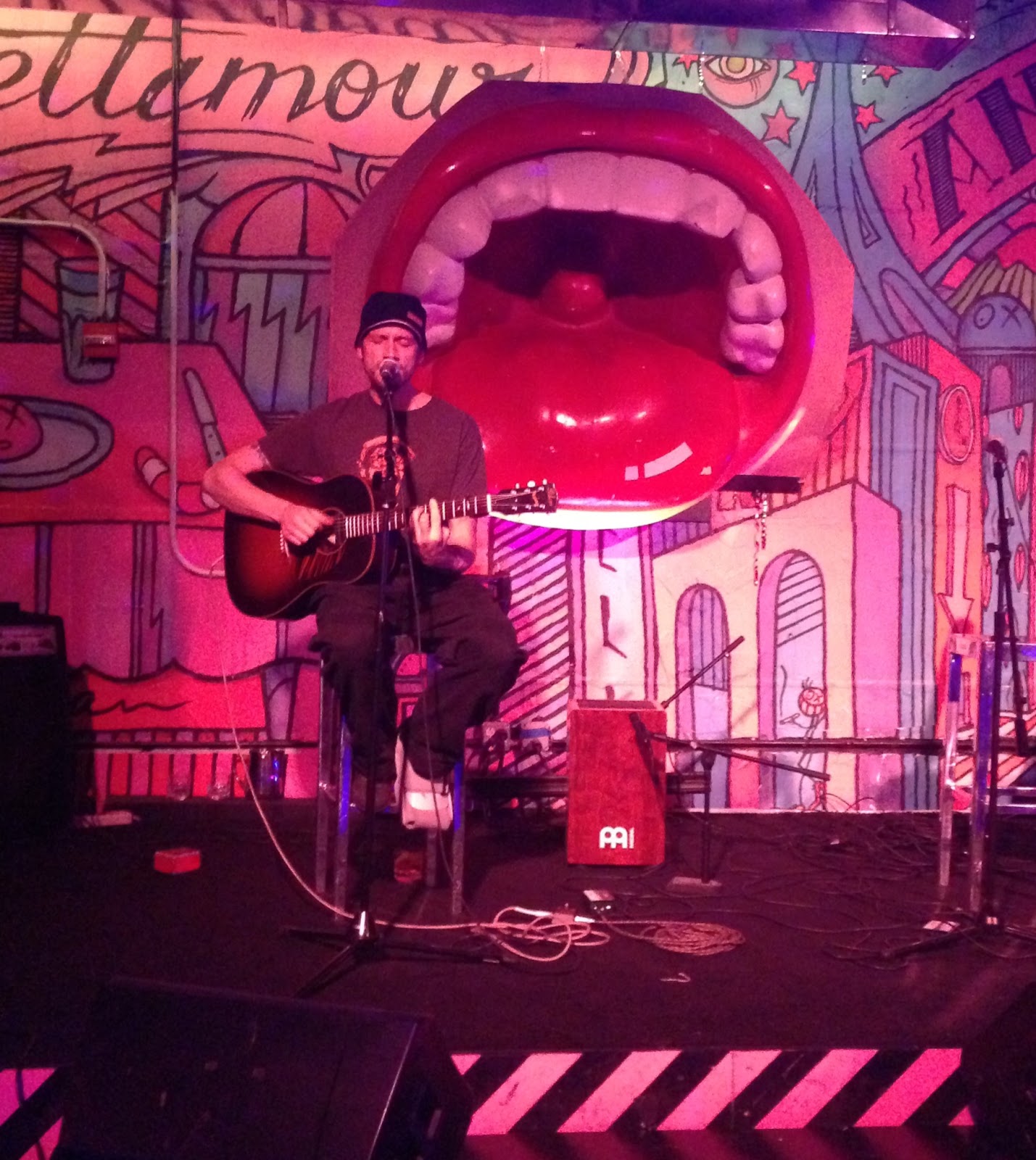 Billed as a private show for fans, Ben had initially said he was only doing a 30-minute set, but thankfully, he played for almost an hour.  Hobbling onto the stage in his boot and Stevie Wonder t-shirt, Ben opened things up with the only song he'd play that hadn't been played last night, "Boyfriend."  The funny song about falling for a girl's boyfriend because he's so cool warmed up the crowd nicely for Ben to introduce David Saw, saying, "A lot of these songs I don't know how they go without him."  They played yesterday's opener, Paul McCartney's "Dear Boy," followed by "Worlds Are Made of Paper," minus the whole apples thing.  Ben told the same stories between songs, but he relayed them so naturally, it never felt forced.  He's a little like a stand-up comic telling the same jokes every night, who must add or subtract parts for time or the feeling in the room.  At one point, that feeling developed into a lot of easily-reverberated bar chatter, and Ben took action. "People who are talking right now, you can talk for the rest of the evening, but just not for this song because it's brand new, and I'm excited about it," he said before the "Rocket to the Moon" song.  Taylor attempted all three John Forté collabos, and they grooved along smoothly enough that if you didn't know that John usually sings those parts, you'd never suspect anything different.  "Jolly Holiday" was also reprised, although this time it was dedicated to Ben's buddy, Cary.

Tomorrow, Ben plays a few blocks down at the Bowery Hotel.  Grace won't be opening, but definitely keep an eye out for her.

SET -
Someone / Everything to Me / The Architect* / Hurt You*