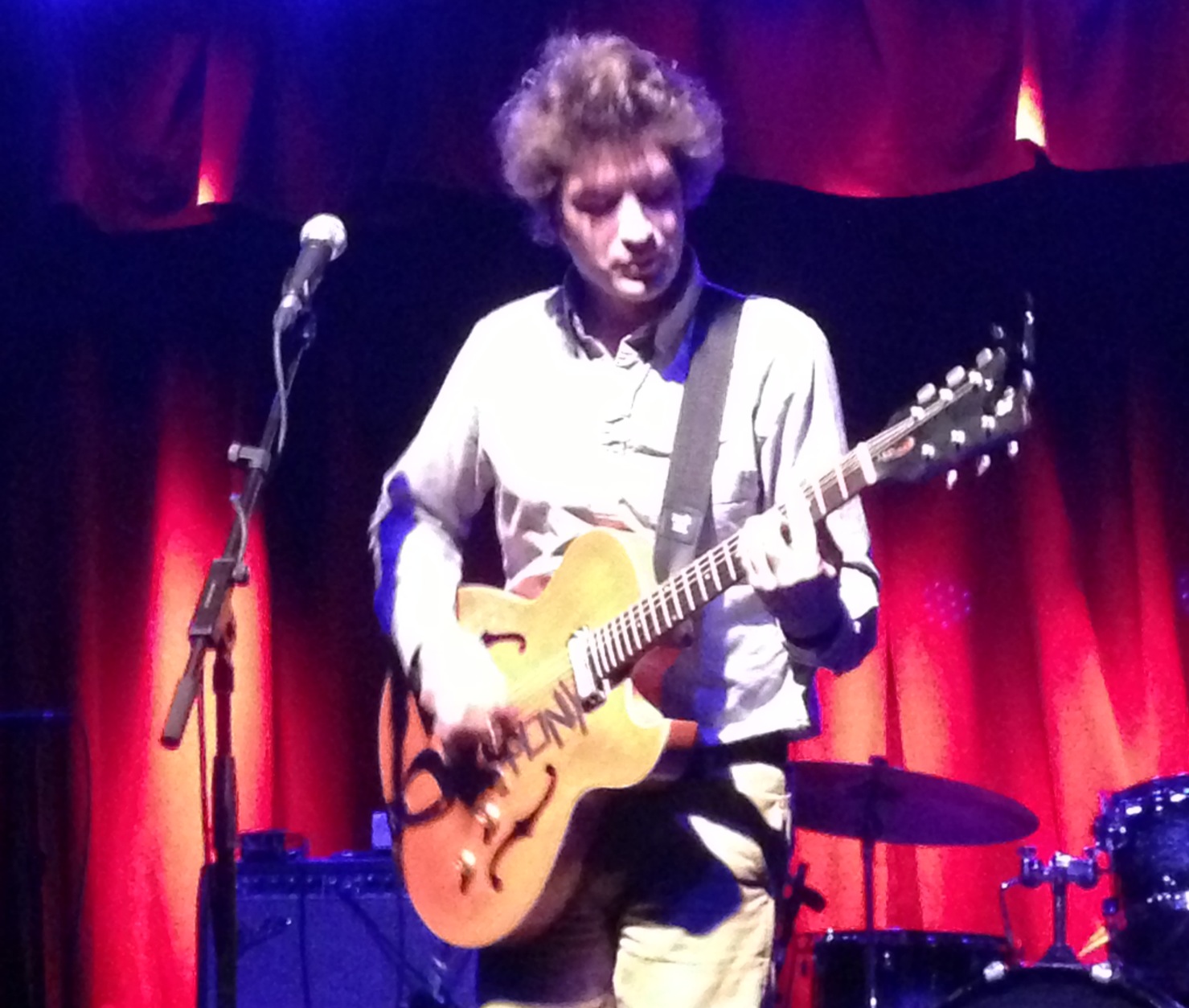 Last night in New York City, several musicians and special guests got together and performed a concert for an adoring flock of fans. No, I'm not talking about 12.12.12 at MSG. Deer Tick continued their three-week residency at Brooklyn Bowl by playing The Black Dirt Sessions and Holy Shit, It's Christmas! EP in full.

That's not to say the Sandy relief show didn't permeate the Williamsburg bowling alley. When I arrived a half-hour before showtime, every screen in the building was tuned to the benefit concert. I sipped my Brooklyn Blast as Adam Sandler and Paul Shaffer performed a hilariously modified version of Leonard Cohen's "Hallelujah." Around 9:00, the broadcast was replaced with live footage of Ian O'Neil, Deer Tick's guitarist, performing "She's Not Spanish." It was a noticeably smaller crowd from last week when he did his whole set alone, but this time, after his first song, he was joined by a group consisting of musicians from other bands, including O'Neil's previous one, Titus Andronicus. "This is my second week opening for my band. You have to imagine that's kind of strange, right?" he asked. Strange perhaps, but absolutely welcome. O'Neil and company performed some new tunes, an inspired version of Michael Hurley's "Be Kind to Me," and Deer Tick's "Hope is Big." Ian finished his set how he began it on the 5th, with a solo "Passing Through/Now It's Your Turn" medley. "Thank you. Good night. See you in an hour," he said, departing the stage. To settle the dispute between drunks in the restroom, he did play longer this week. 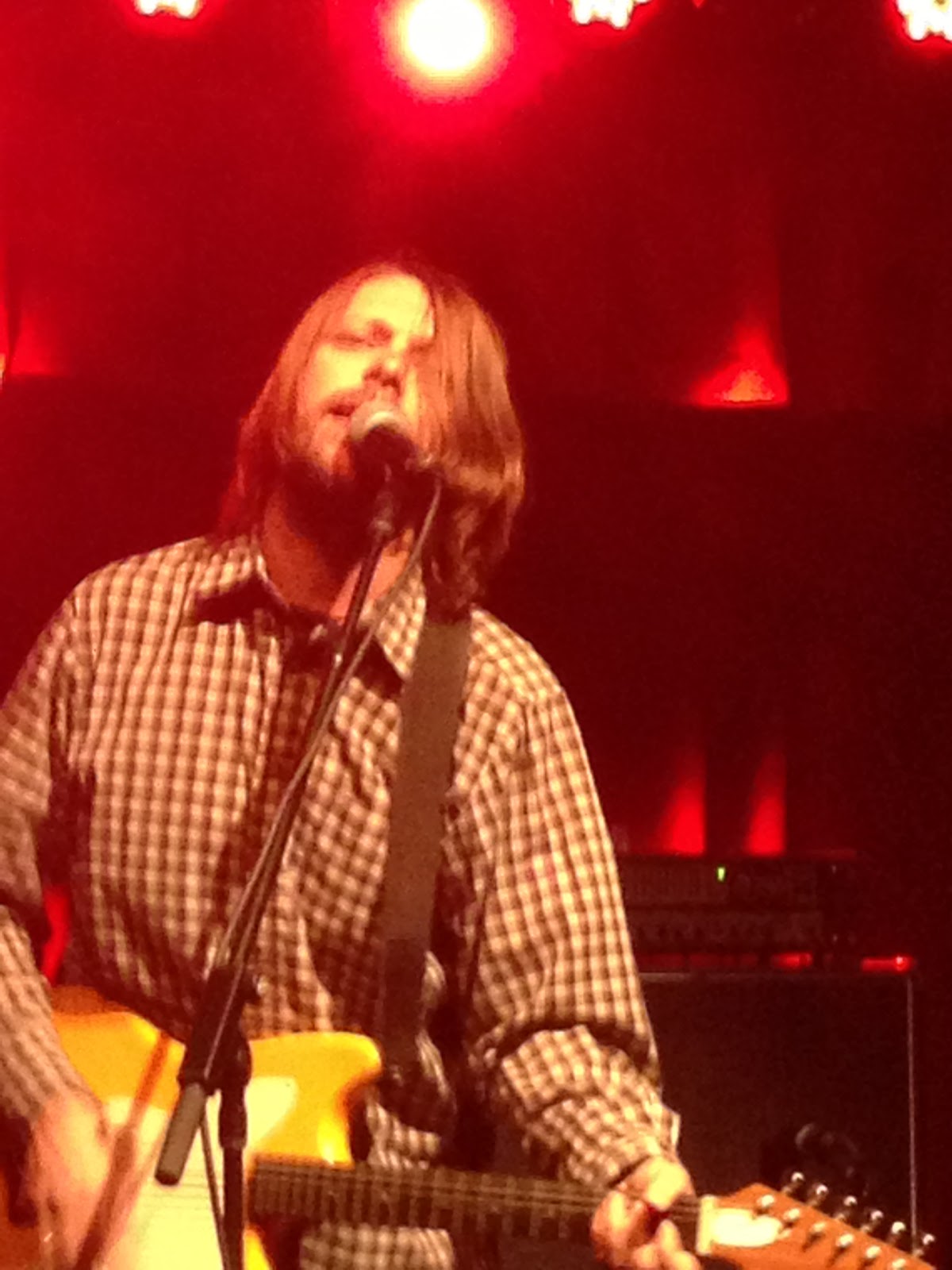 Viking Moses, the pseudonym of the perpetually touring (since 1993!) Brendon Massei, came next. The folky 9-song set included some older tunes, some newer ones, a joke about a condiment-drenched burger, and a cover of Lana Del Rey's "Born to Die." I'm not sure why people love her so much (I saw Penguin Prison cover "Blue Jeans" at Brooklyn Bowl earlier this year.), but might I suggest Lissie instead? I liked Massei's guitar-playing style, hitting the bottom E string with his thumb like a funk bassist, but his spoken-word singing wasn't my cup of tea. John McCauley came out for the last two numbers, making the stage look like a casting call for a Kurt Cobain biopic. Matthew Houck of Phosphorescent also joined in on the final song.

Steve Buscemi told the tale of Rockaway's Graybeards and had quite the time trying to settle them down enough to introduce the Who. When he finally managed to get it out, the screens went dark, with Deer Tick and the Who taking their stages at the exact same time. The five-piece band found their places, along with a fiddler, and Liz Isenberg and Vanessa Carlton on backup vocals. McCauley announced, "Ladies and gentlemen... The Black Dirt Sessions," and they delved into "Choir of Angels." Before heading into "Twenty Miles" (I wonder what a mashup with "A Thousand Miles" would've sounded like.), John had some technical difficulties, and remarked, "When you listen to the album, you miss out on the fun stuff like me cursing out my guitar in between songs. This is a really personal experience you're having with the album right now." Things got even more personal once he took a seat at the keys for a solo "Goodbye, Dear Friend." "Mange" unraveled nicely, and after "Hand in My Hand," McCauley admitted, "That's the first time we have ever played that song live," his beer mustache fresh from tipping back a pitcher. Another solo on keys, "Christ Jesus" ended the album in about 51 minutes. 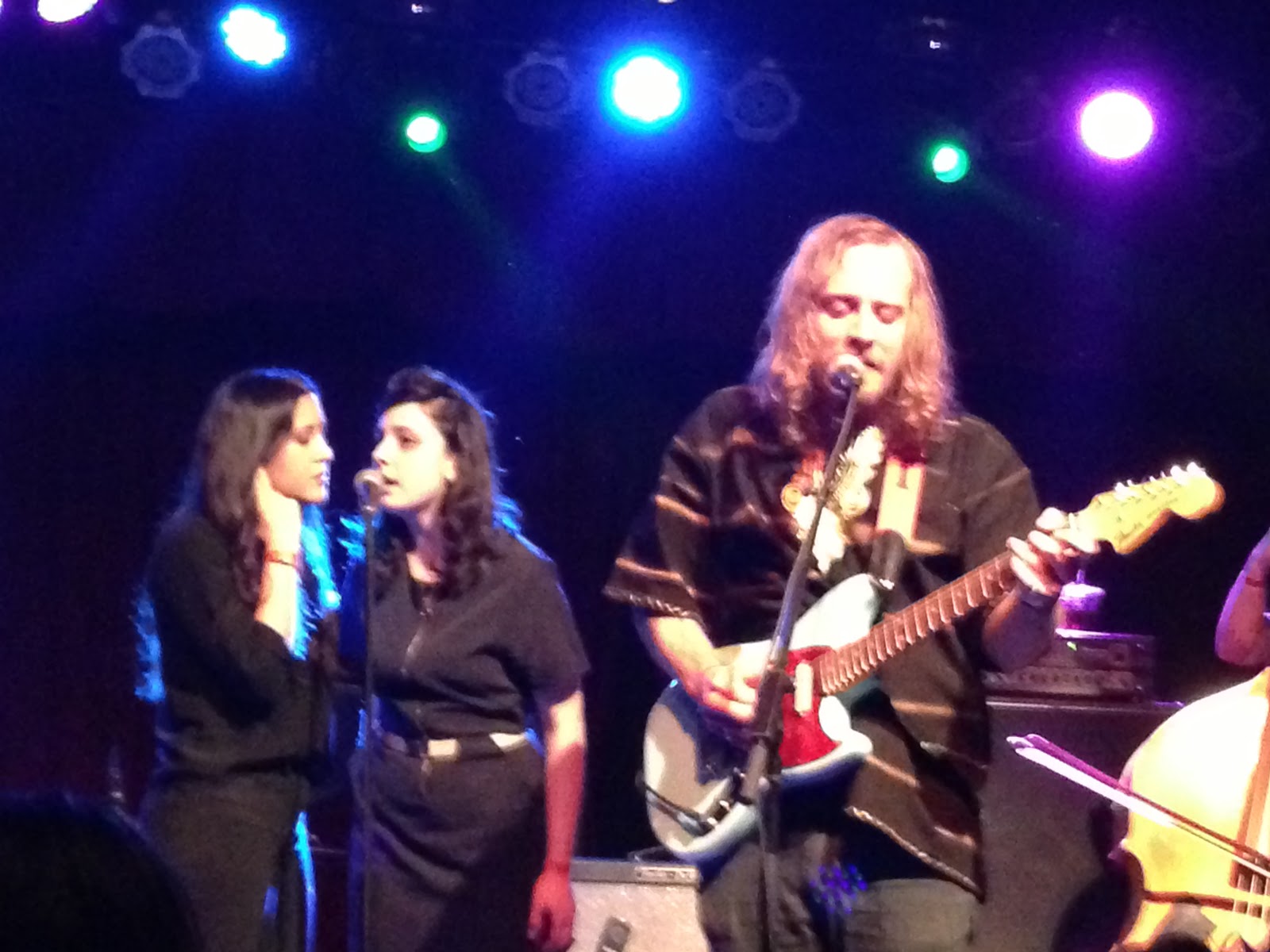 The Black Dirt Sessions is in my opinion, Deer Tick's most cohesive album. The songs are mostly introspective, somber affairs on mortality. It's hard to believe they were recorded during the same same sessions as Born on Flag Day. While I still feel Deer Tick are best not on an album-themed leash, the record's common theme lent itself naturally to the live setting. Even though it took ten minutes longer to play than BOFD, it breezed by. Its coda, the Holy Shit, It's Christmas! EP, is pretty much its antithesis. Surprisingly, the pairing worked, with the two irreverant holiday songs providing some relief after the heavy album. For the title track, McCauley donned a Santa sweater, and O'Neil reinvented himself as the song's narrator in a wig, robe, and coathanger glasses, extinguishing a stogie in his glass of whiskey before drinking it and spitting it to the floor. It's pretty much unbearable on record, but it was entertaining with the visuals.

The encore break was maybe ten seconds long. Unable to sing last week due to illness, Liz Isenberg shared vocals with McCauley on "Friday XIII." Isenberg mingled with McC on John Prine's "Unwed Fathers" on the Broken Hearts & Dirty Windows tribute album, but she was subbed out for Carlton to even the score. "Dirty Dishes" followed, which is one of my favorite live Tick songs, where all the band members sang in five-part harmony. "Cheap Sunglasses," which is from a 7" split, closed the encore with a bang, and hinted that Deer Tick might play their ENTIRE discography over the three evenings, unlike Band of Horses' all-album-tracks show.

The band retreated up the stairs and lights began to come on, but it seemed premature. A minute and a half of applause later, they returned for three more War Elephant tunes, including fan favorite "Baltimore Blues No. 1." The ultimate surprise, however, was the closing medley of "Sleep Walk" and "La Bamba," performed in its original Spanish. Also previously released as a 7", it bodes well for fans, like myself, with the three-night pass. Every Deer Tick song ever!

SET -
Choir of Angels / Twenty Miles / Goodbye, Dear Friend / Piece by Piece & Frame by Frame / The Sad Sun / Mange / When She Comes Home / Hand in My Hand / I Will Not Be Myself / Blood Moon / Christ Jesus / Christmas All Summer Long / Holy Shit, It's Christmas!