Spin Doctors Close Out Battle of the Bands at Irving Plaza

After attending Xavier Rudd's show there on Monday, I went back to Irving Plaza for the Wall Street Rocks Battle of the Bands 2012 Finale.  I had no idea who the battling bands were (I showed up in time to hear the "where do we go now" section of "Sweet Child o' Mine" sung pretty badly by some woman.), but Spin Doctors were headlining, and the evening was to benefit Hurricane Sandy victims and wounded veterans.  I never thought my ears would be ringing from a Spin Doctors concert, but sure enough, they are as I write this. 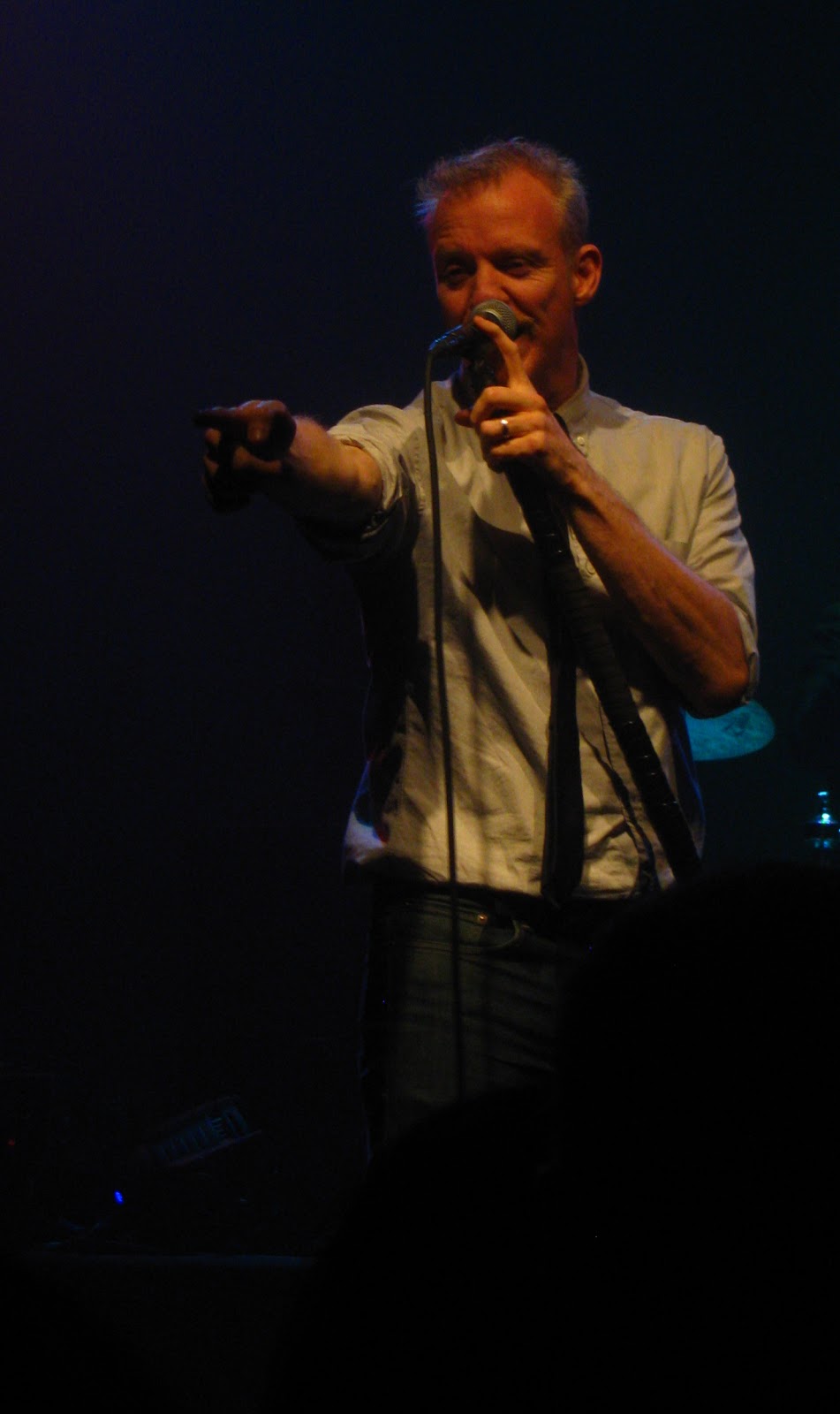 I have been to a Spin Doctors show, and recently, I might add.  I saw them in October 2011 at Bowery Ballroom for the 20th anniversary of Pocket Full of Kryptonite.  Back then, lead singer Chris Barron seemed a little too enthralled at having the "original Spin Doctors" together, repeating that phrase between almost every song (The tally for tonight was only two.).  But the original Spin Doctors are back, all the way back to the blues band they were before they struck it big.  Taking the stage to the strains of "Hoochie Coochie Man," they funked things up right away with "What Time is It?"  Mark White makes playing the bass look dangerously easy, looking around the room and nodding his head, while his thumb (that didn't even appear to move that much) knocked out some ridiculously funky lines.  Following with "Nice Talking to Me," it became immediately clear that this show wasn't just gonna be a Kryptonite hitfest. 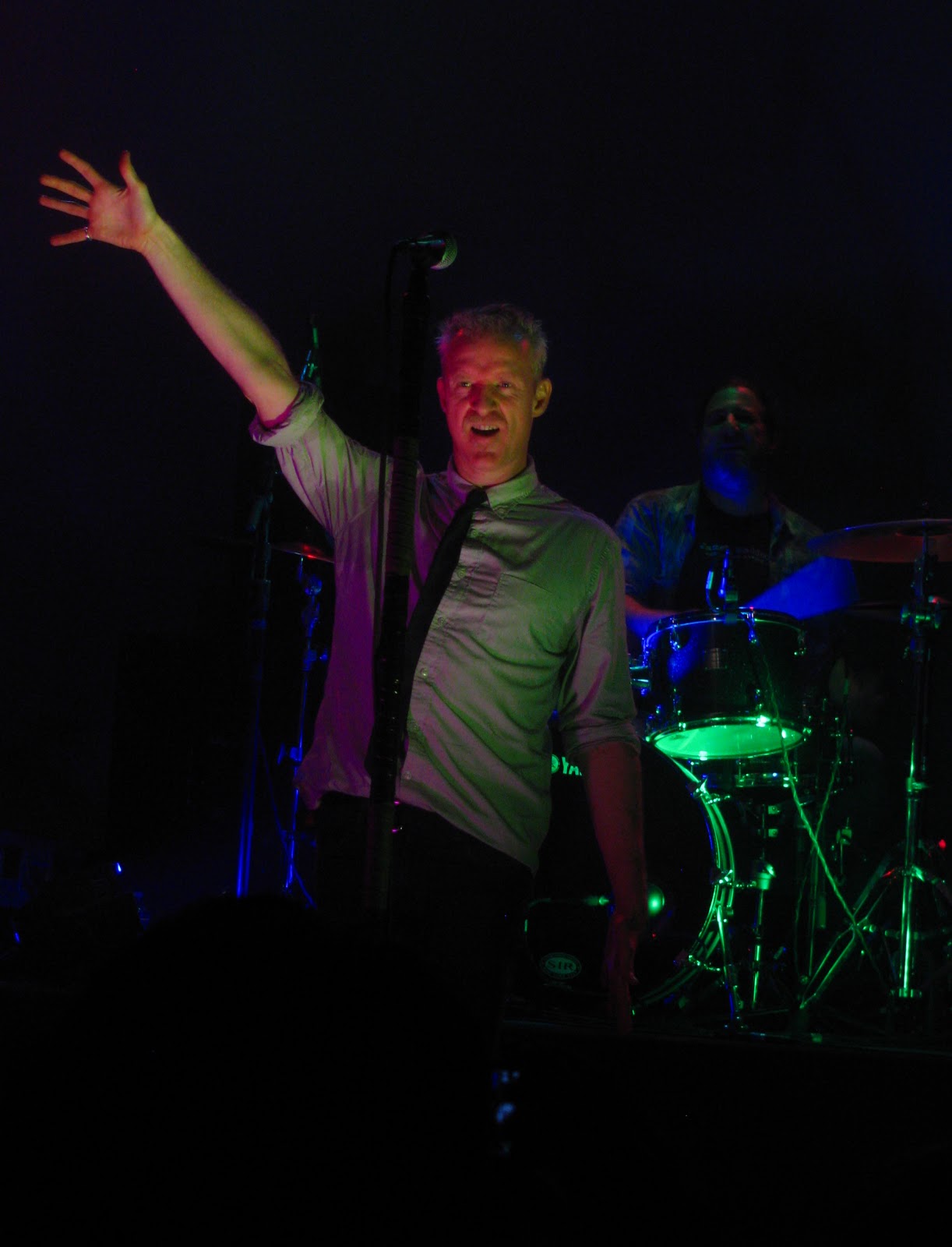 "We're gonna play a song that you might know.  It was on the radio in the late 20th Century," teased Barron, hyping up the crowd for "Little Miss Can't Be Wrong."  I realized how lucky we are/he is that his voice wasn't lost forever in that strange vocal cord paralysis episode in 1999.  He has such a unique phrasing and tone that makes their songs so easily identifiable I can't even imagine what it was like hearing Ivan Neville sing them at those few shows on that ill-fated tour.  Barron appeared older than last year, owing partly to a mustache ("I grew a mustache. It's cool. Whatever."), but he was no less enthusiastic, kicking his leg higher than a Rockette and pogoing around to every song. 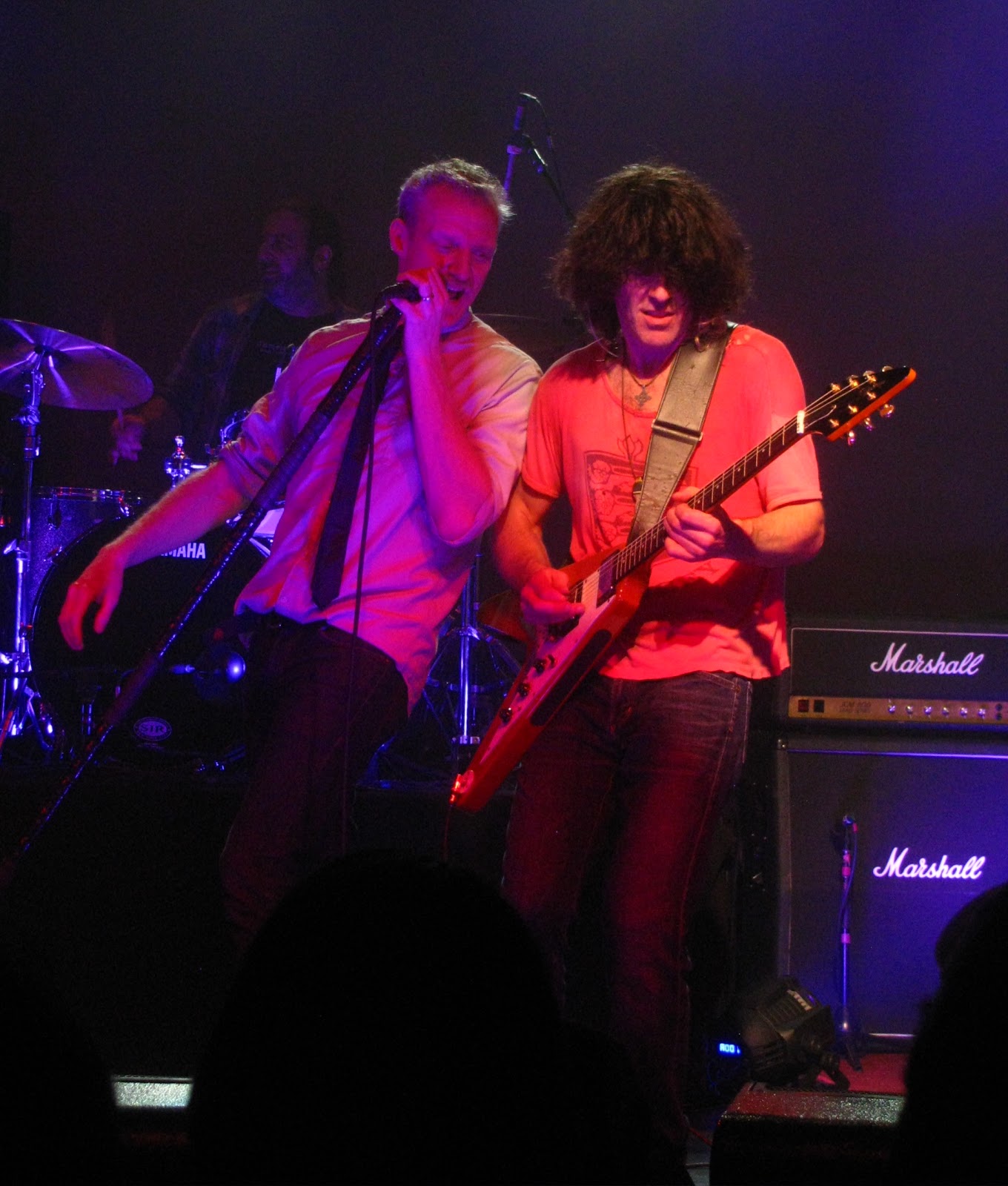 "Here's a song from back in the day, but it's on our new record," he said before "'Bout a Train."  1996's You've Got to Believe in Something is your new record!?  He introduced the next song as the title track, and I'd never heard the catchy number "Some Other Man" before.  Maybe they did have a new album coming out?  "Remember when I said that song was the title track?  That was bullshit!  That other shit was bullshit!" he clarified, and revealed the spring 2013 release to be called If the River Was Whiskey, which made me laugh.  When I was waiting to talk to Chris Barron after last year's show, he told his friend, "I have a killer fucking title for one song we're working on.  It's called 'If the River Was Whiskey,'" totally tickled with himself.  They specifically dedicated Creedence's "Have You Ever Seen the Rain?" from the Philadelphia soundtrack to the victims of Sandy.  "Jimmy Olsen's Blues" was in top form, Barron asking, "You guys wanna sing along with the Spin Doctors?" before leading the audience on a scat call-and-response.  "Two Princes" was awesome as usual, and they transitioned right into oldie "Lady Kerosene" to close out the set.

Coming out for the encore, Barron showed his gratitude to the small crowd that remained (Those Wall Street-types have to get up early and make all the money), saying, "Thanks for not making it a Blockbuster night."  Wow, they are way more out-of-touch than I thought.  He quickly amended, "Or sitting home and looking at your computer."  He explained that when they were starting out, they played blues clubs, but didn't want to play covers, so they wrote their own blues songs in the style of Willie Dixon, "and we got away with it!"  "Scotch & Water Blues" is one such song, and they segued right into the final ditty, the face-paced and very un-bluesy "Yo Mama's a Pajama" all the way from Up for Grabs.

While "Genuine" went on too long, and they didn't play "How Could You Want Him," it was a fun show overall, albeit a loud one at the end when fewer bodies were there to absorb the sound.  Lesson to the Spin Doctors: Save "Two Princes" for the end.  Even though hoarding your biggest single for last is overdone, the encores at both Spin Doctors shows I've been to have been to markedly smaller crowds than before the song was played.  The generic lighting design left over from the battle of the bands (I think the tech probably said, "Just set it on Rainbow.") cheapened the vibe a bit, and could have been mixed up more.  But the main thing here is that after more than twenty years, the original Spin Doctors are still sounding great, and making new music.  Let's just hope Eric Schenkman sticks around, though with his bandmates mugging for photos (both for the crowd and their own cellphones) during his guitar solos, I don't really blame him for having had personal differences in the past. 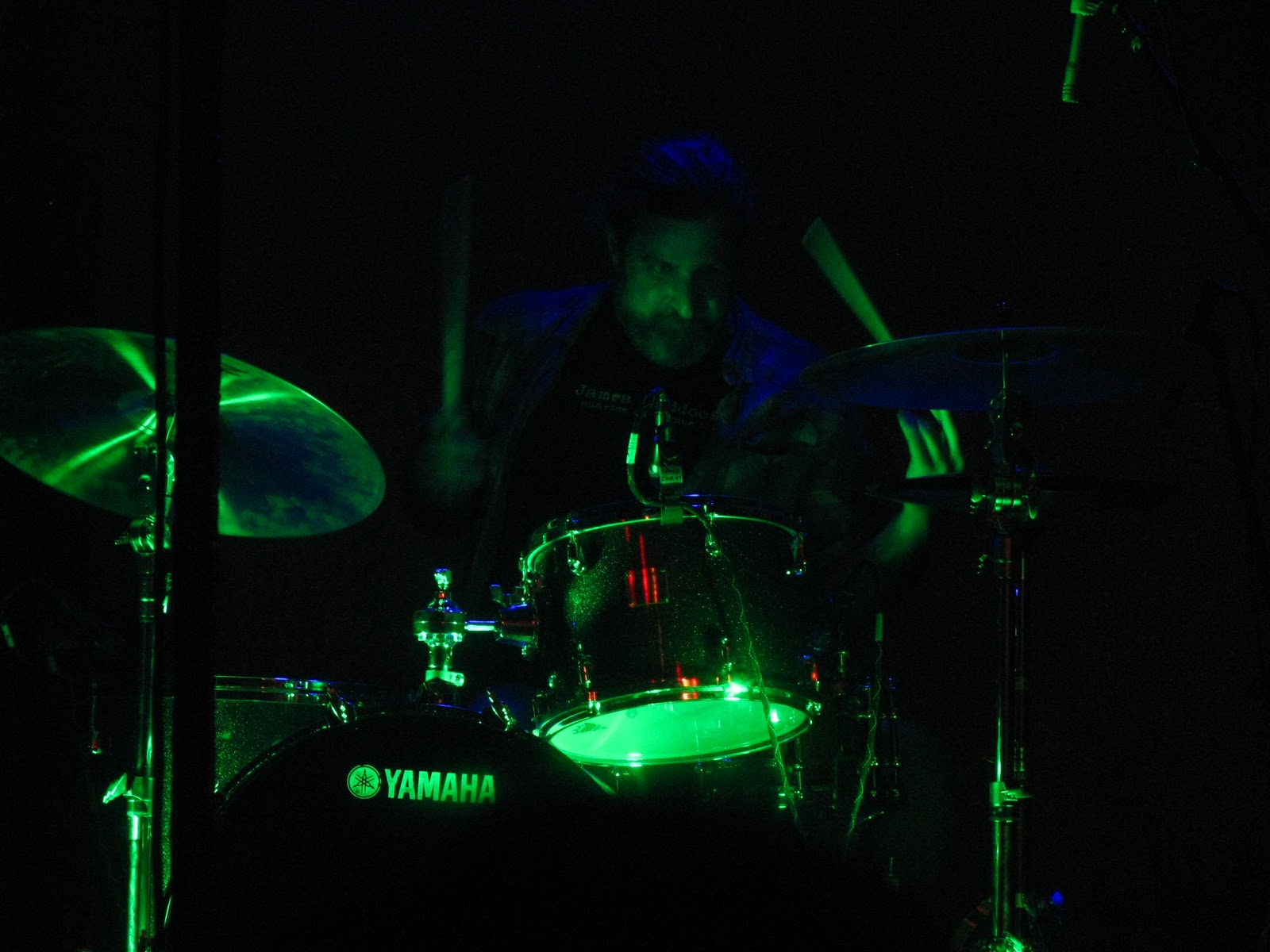 SET –
What Time is It? / Nice Talking to Me > Off My Line / Little Miss Can't Be Wrong / More Than She Knows / 'Bout a Train / Some Other Man / If the River Was Whiskey / Have You Ever Seen the Rain? / Jimmy Olsen's Blues / Refrigerator Car > Genuine / Two Princes > Lady Kerosene