Off to a spirited start with Friday's show, Phish continued what is shaping up to be a good run last night.  The band started things off a minute earlier than 12/28, this time with "Crowd Control."  A relative rarity, and not exactly a rager, it wasn't the ideal opener for the concert that would follow.  Next was "Mound," which has found new life during this era of Phish, and my brother lost his shit, having never seen it in his 50-odd shows.  "AC/DC Bag" was its crowd-pleasing self, leading into an extended take on "Rock & Roll."  "Reba" was a nice jammy centerpiece, especially because it was my first one.  This time, watching the show from the 100 level, Fishman-side, I was more in the thick of it, and discovered the marvel of MSG's second-phase of renovations during "Wading in the Velvet Sea," where trippy lights danced over an ocean of people, only broken up by one tan border between the Madison Suites and the 200 level.  "That first set was like a second set," my brother remarked, though he said the same thing last year on 12/29, and then was let down by set two.  Hopefully they would top it this time. 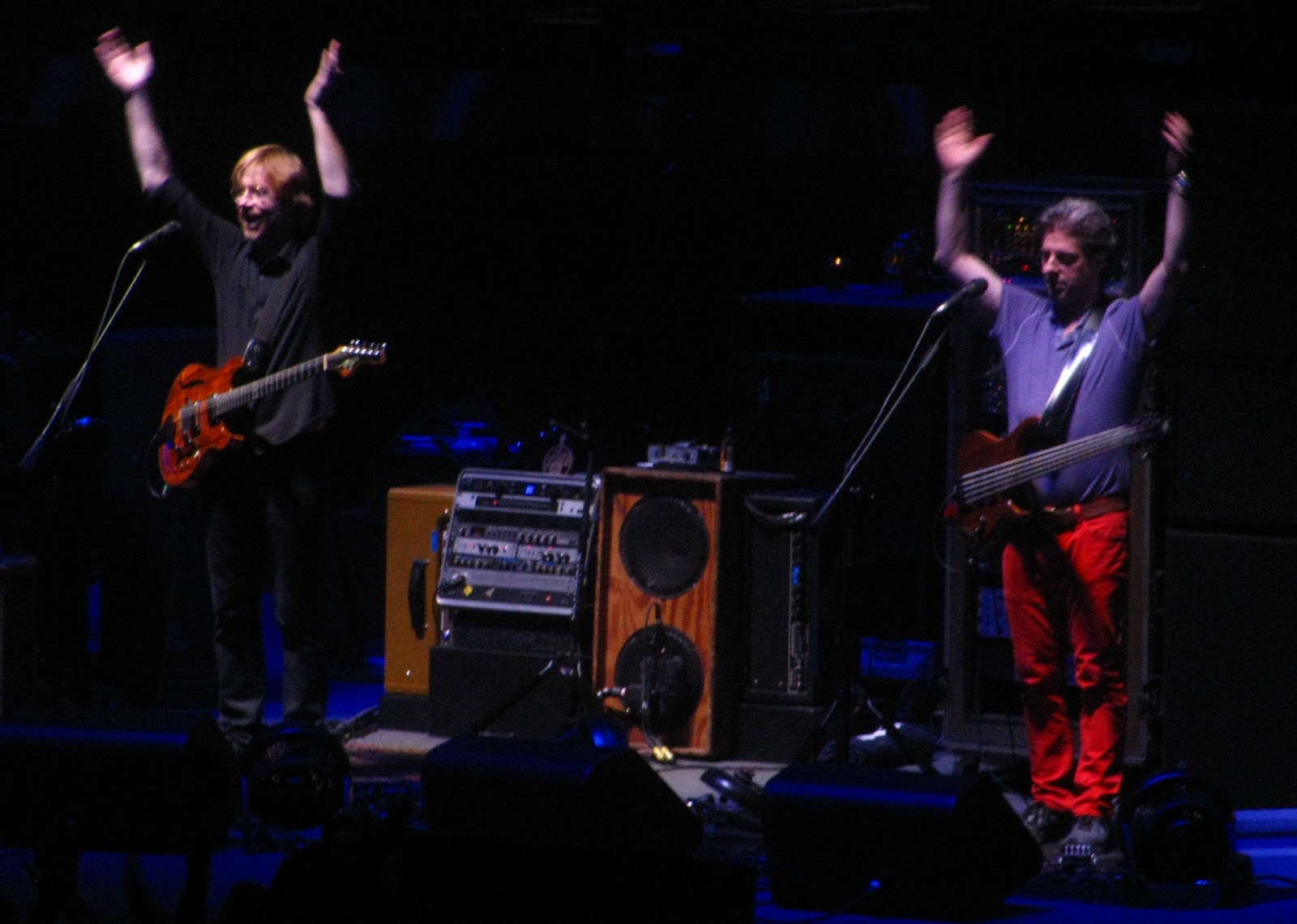 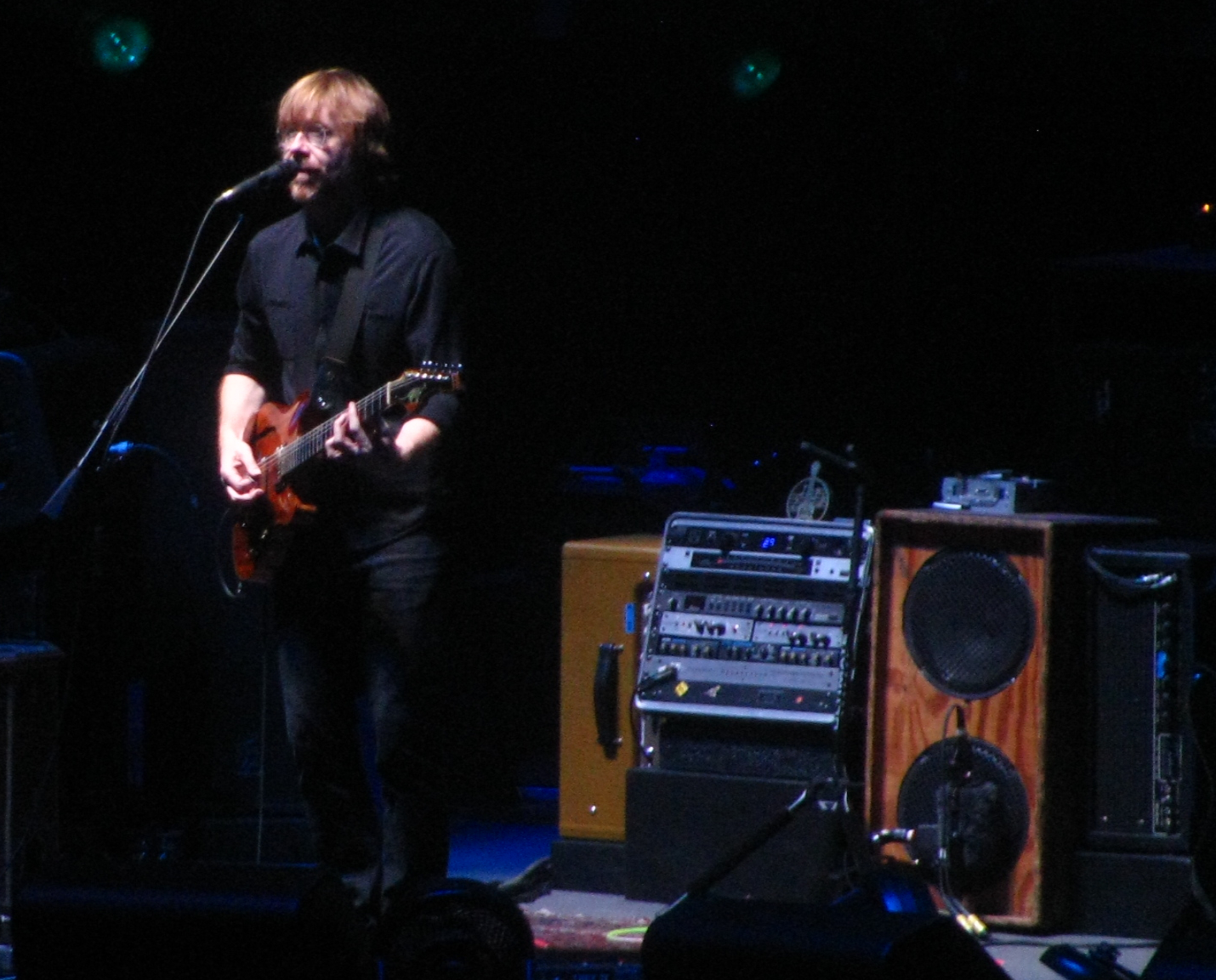 After a pee break and some lobster mac 'n' cheese, we returned to our seats just as the boys ripped into it with TV on the Radio's "Golden Age."  The glow snakes made their first appearance of the run, breaking into regenerative segments as they squirmed across the arena.  While I prefer TVOTR's original version, I still love the song, and they stretched it out to new lengths last night.  Gordon tacked on what I thought was going to be a funky back end, but then the song spaced in a new direction, which seemed to be the theme of the second set.  There was no break between songs, but the set seemed oddly disjointed to me, switching from hard funk to heady balladry.  The best parts were when they kept with a style between songs to build momentum, from a supremely meaty "Boogie on Reggae Woman" to a Page tour de force on "Suzy Greenberg."  To go to "Bug" after such a high proved less of a relief than a step backwards.  It took the slap bass of "Cavern" into a energized "46 Days" to mend everything back together, but then the set was over. 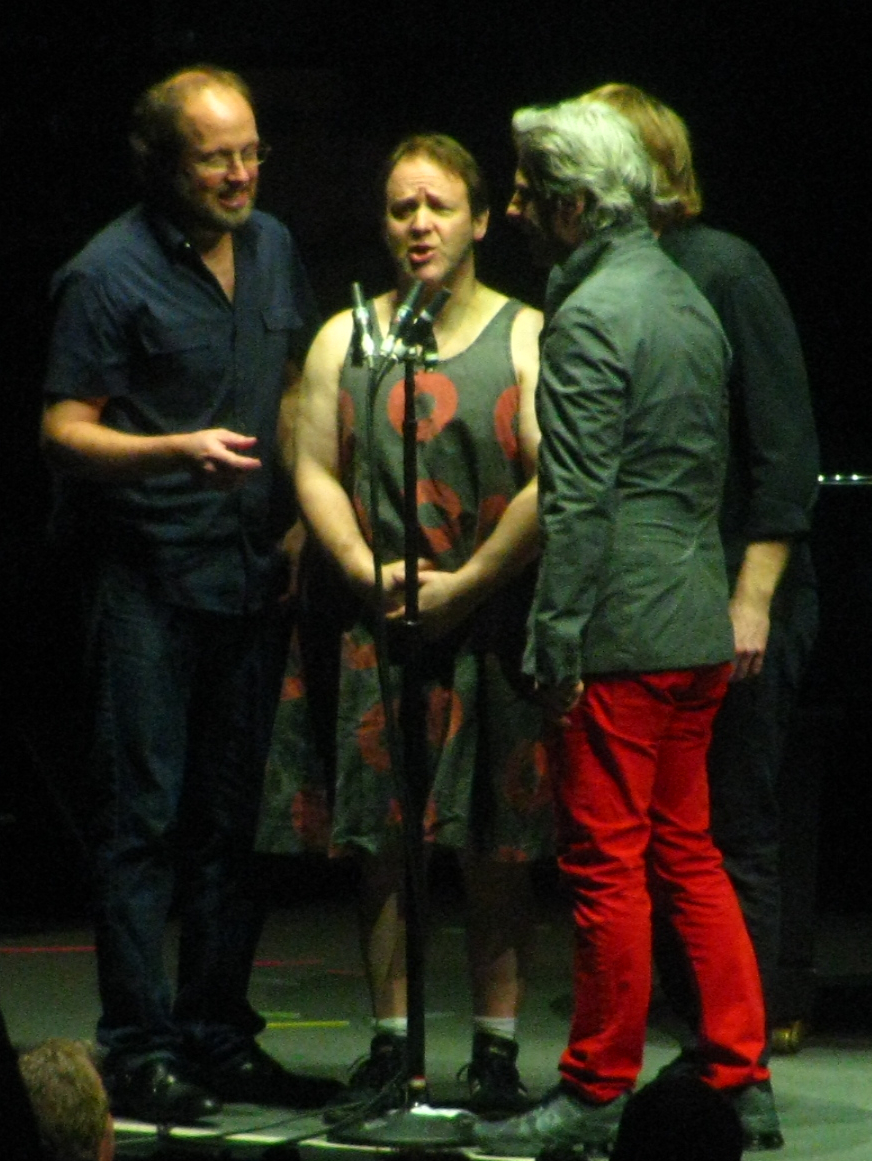 They returned to the stage for an encore that kept everyone guessing.  After "The Squirming Coil," the guys stood up, leading us to believe that was the end.  When they started walking in the opposite direction of the backstage steps, we breathed a collective sigh of relief as the roadies set up the mics for a barbershop "Grind," with their combined age now over 70,000 days.  That had to be it, right?  Cheers as they returned to their instruments for "First Tube," which could've been funkier given the night, but I won't bitch.  Another solid show, though I preferred 12/28.