Ben Kenney Powers Through His Second Week at Rockwood

Originally, February 13th had been reserved on my calendar for Ben Kenney at Rockwood Music Hall, but then I was presented with the opportunity to see the Sound City Players at Hammerstein.  So imagine my excitement when it was announced that Kenney would be playing Rockwood again on the 27th, and this time "taking it up another notch" according to his Twitter.  For those of you who may not recognize Kenney by name, perhaps you're acquainted with a group in which he used to play guitar called the Roots?  Or maybe you've heard him play bass in a little band known as Incubus?  His own tunes lean more towards progressive rock, and if you're intrigued, Ben has generously given away his discography for free on his website. 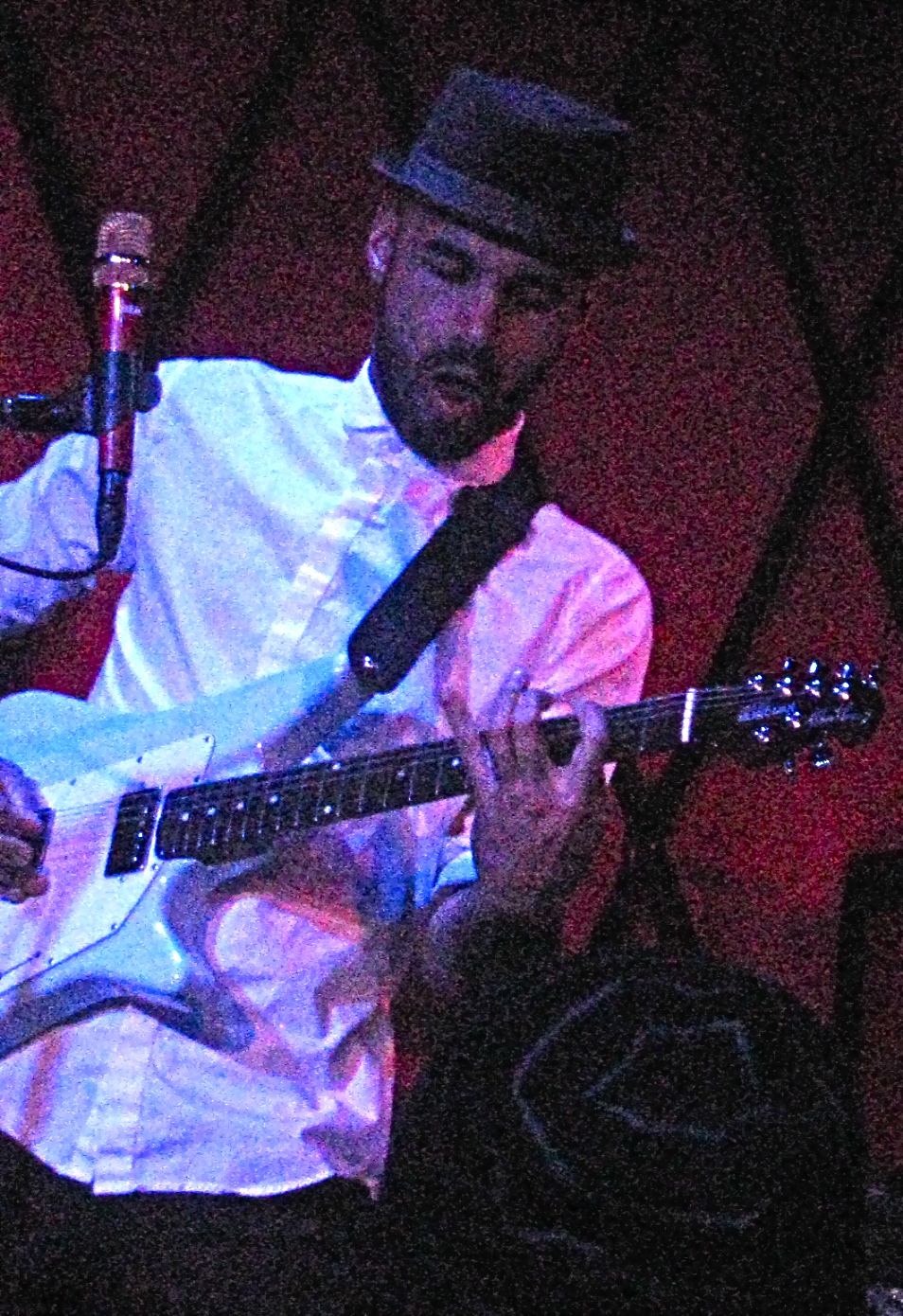 "I'm gonna make a preemptive disclaimer that I've had a lot to drink.  Let's get it on.  Let's see if I'm not too drunk," he challenged before crunching into "Not Today," the opening track off 2008's Distance & Comfort.  Though Ben's performance wasn't hindered by his alcohol consumption, I was struggling with my own buzz.  A waitress approached me right before the set, and informed me there was a one-drink minimum.  While normally I wouldn't care, I recently saw Ben Taylor and Broken Anchor at the venue, and each time, beverages weren't required.  (I might add that their website mentions nothing about drink minimums either.)  Had I known, I wouldn't have been in Williamsburg right before, downing some 11% ABV beers on an empty stomach.  Alcohol doesn't enhance concerts for me, so that extra beer just got on my nerves; not to mention it's harder to take notes with a fucking pint glass in my hand.

Rhythmic clapping bridged the gap between "Not Today" and new song "Leave on Your Makeup."  "Empty Handed" exemplified Ben's impressive vocal range, his voice not unlike his Incubus bandmate's, Brandon Boyd.  Backed by two friends, Joe Baldacci on drums, and Ashley Mendel on bass, Ben turned the mic over to Ashley for "Distress!"  The Mendel-penned ditty featured one of the heaviest grooves of the night, but I much preferred Ben's voice to Ashley's, whose tone matched his emo haircut.

The ready-for-the-radio new number "Concord" was reprised from two weeks ago, though this time without the "Mickey" and "Low Rider" teases at its start.  Admitting his guitar was out of tune, Kenney defiantly said, "Fuck the tuner."  "Just make it louder," offered Mendel.  And louder he made it on "Rubber Sheets," which featured a guitar solo that brought Kenney to his knees, out of sight to many in the packed house.  When you could see him, his face was a series of alternately pained and joyous expressions, real guitar-player looks.  "The vein is gonna come out the forehead that only comes it when I'm bending over or bending over," he warned before a breakneck "Aftertouch."  "That song went by fast," he laughed at its end.

Unfortunately for me, the whole show zoomed by, even though it was a 56-minute set, which is lengthy for Rockwood.  They followed with "Truly," a song by the Division Group, the band Kenney formed with Mendel on drums and Soulive's Neal Evans on keys.  He then gave the audience some vocal coaching for a two-part harmony on "Worlds Collide," another highlight of the night.  For the final song, Kenney chose "Wrong" from 2006's Maduro.  Not content to end it there (Hey, he promised to take it up a notch.), the band segued into the Pearl Jam classic "Even Flow" to end the show.  "Let's go to the bar next door and get drunk afterwards," Ben suggested to the applauding crowd.  If I hadn't have been halfway there already, I may have taken him up on the offer.