Steve Kimock Has a Ball at Stage 48 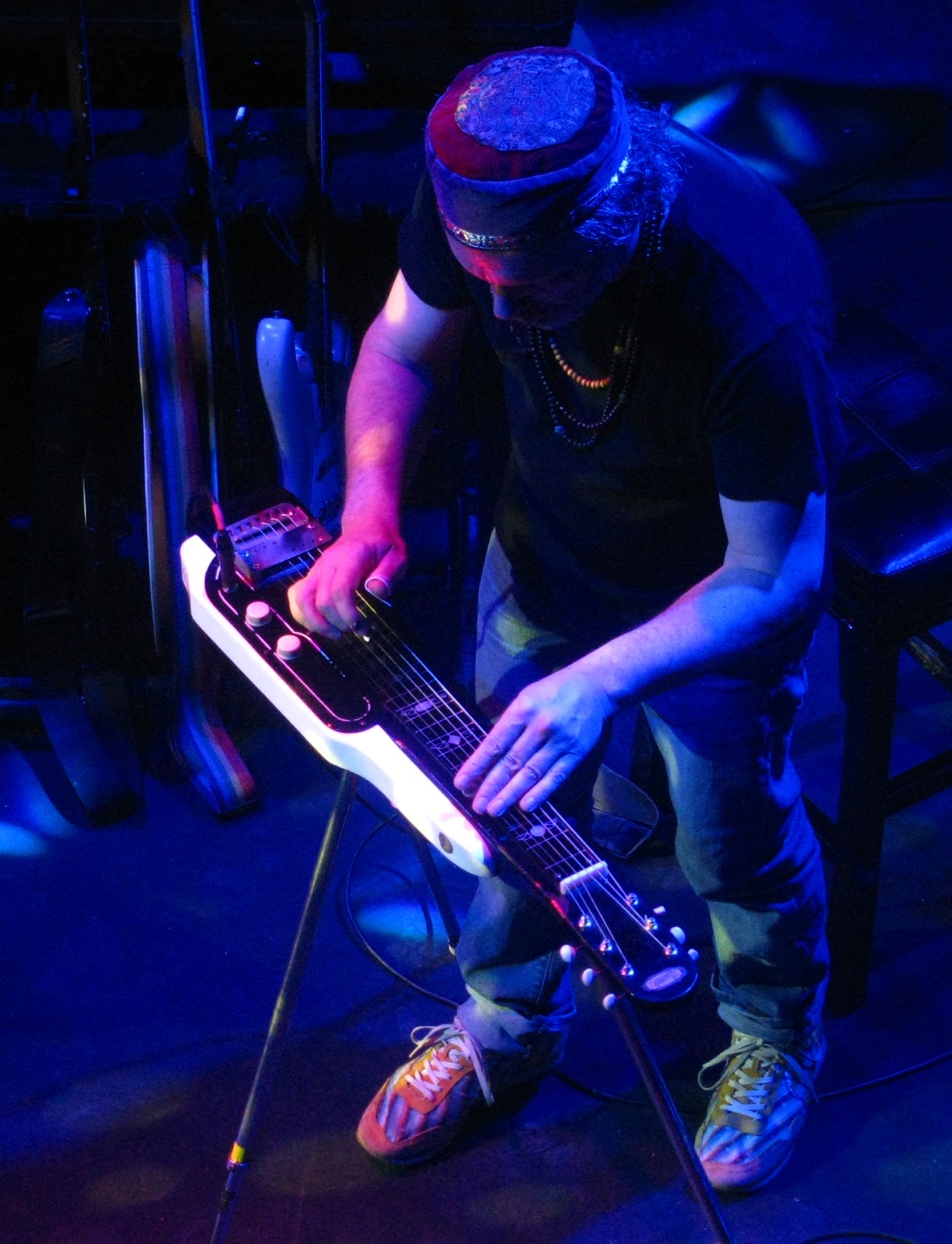 While I was already running a bit late, the lines both outside and at will call caused me to miss the first song entirely.  Stage 48 is a new venue, so it still has a few kinks to work out.  (Um, $4 for coat check?  Fuck you.)  What they don't have a problem with is the sound.  I was able to snag a spot on the balcony stage left, so even though I was likely just listening to the stage monitors, the sound was full and detailed.  I never saw more than Hess' headstock, but I had the perfect view of Kimock choosing his slides and effects from the tops of the amps behind him, Worrell tickling the multi-colored keys of his ancient Hohner clavinet D6, and the commodious drumkits of Ingram and young Kimock. 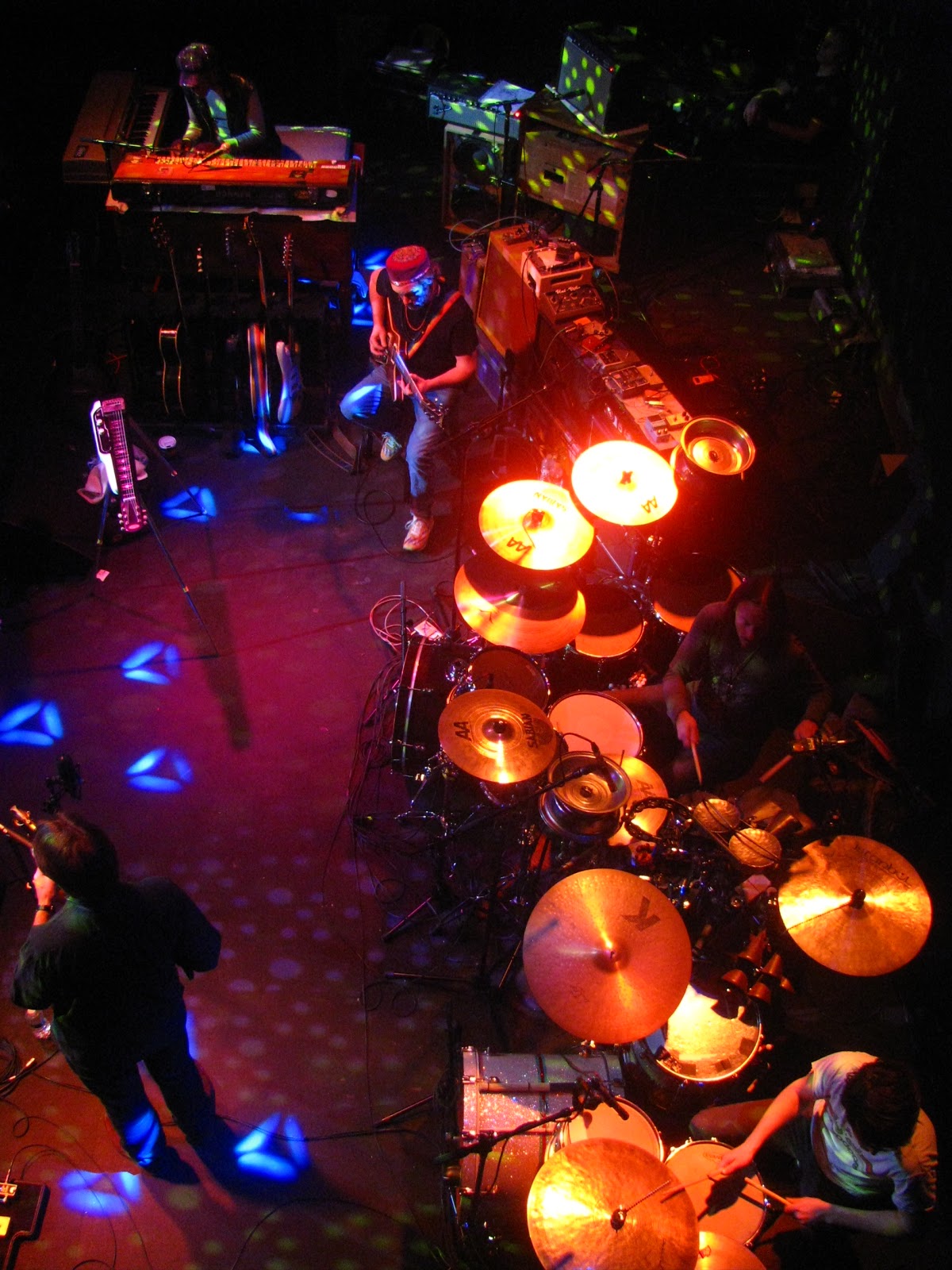 The first set was rooted in funk, with Hess building the stem to allow Kimock, Worrell, and a saxophonist to take turns decorating the branches.  The penultimate song featured a fiery double drum solo by Wally and John Morgan that had everyone in the room smiling.  Former center-fielder for the NY Yankees, Bernie Williams, sat in on guitar for one tune, and was later traded for Gregg Allman Band's Scott Sharrard on the set-closing "Take Me to the River."  Sung with passion by Worrell, who incidentally performed the Al Green cut quite often with Talking Heads, "River" swelled to include elements of Parliament's "Bop Gun" and Sly & the Family Stone's "Sing a Simple Song."

Kimock's atmospheric noodling during the "Ice Cream" jam that ushered in set two suggested a spacey second half, but the funk wasn't forgotten as Worrell led the band on "Do It."  Scott Sharrard returned to the stage to sing the crowd-pleasing "Inner City Blues," which leant itself to sax and slide guitar solos.  Sharrard continued on vocals for "I Feel So Bad," which developed into the most inspired jam of the evening.  Beginning as an ever-liquid multi-part Phish-esque head trip, the guitar synergy of Kimock and Sharrard coupled with the dual drums took this one down the meandering road to Dead terrain.  Wide grins erupted on the faces of each bandmember as they witnessed the beauty of their collaboration.  It was clearly the watershed moment, but the segue into "Red Hot Mama" proved the night wasn't over yet, as the chunky Funkadelic number found its way in and out of an extended "Come Together" tease.  At the song's close, Kimock picked up the vocal mic and announced, "Well, it's still early, but we're turning into pumpkins."  He followed with a few words on supporting live music and the relief effort, and then left the stage through the door to his right.  Despite chants for an encore, the band remained backstage to complete their transformation into gourds.  Like Cinderella, I'm just glad I made it to the ball. 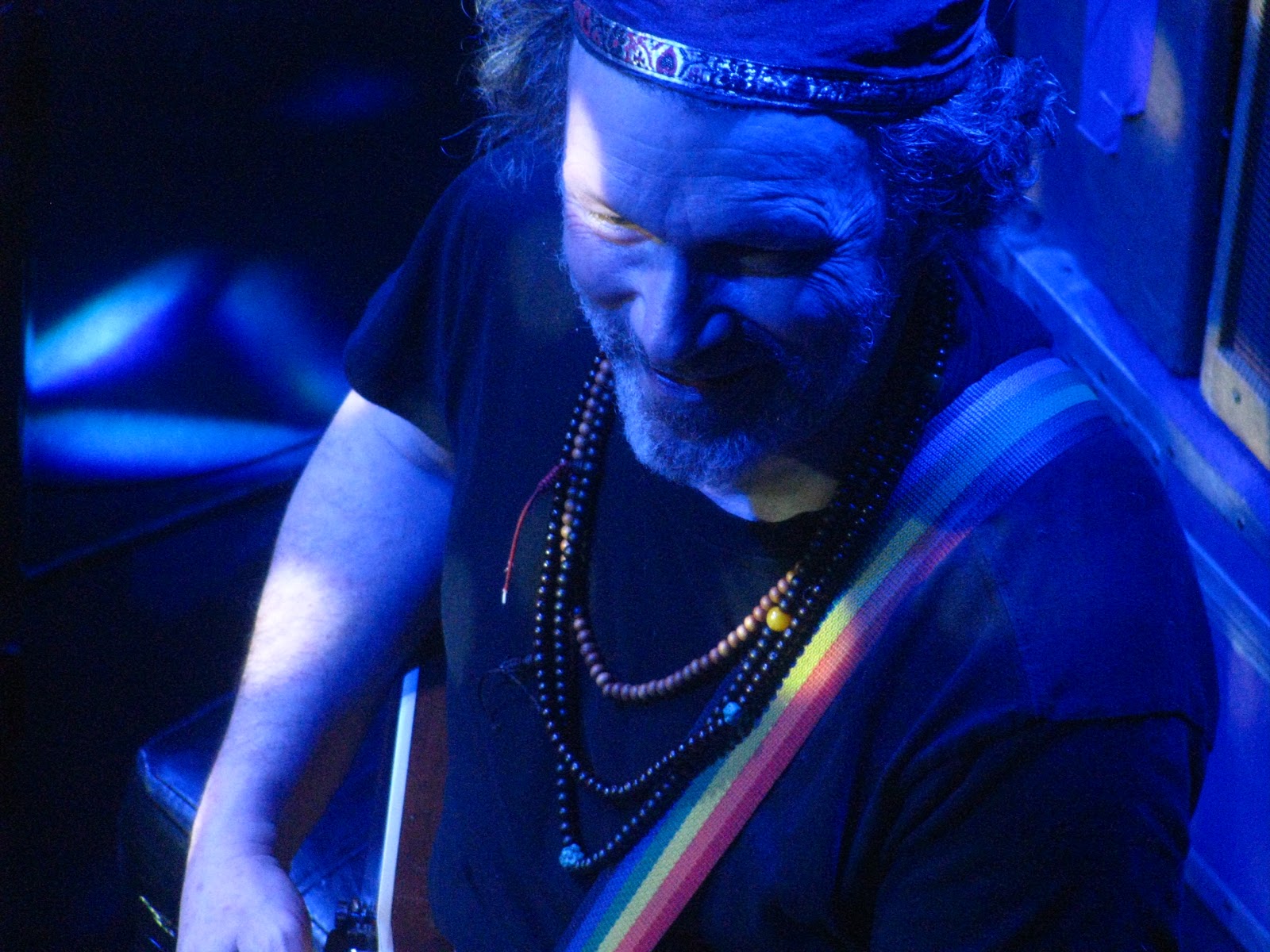