While you may know him as the guitarist for Soulive and Lettuce, Eric Krasno has also been making headway as a solo artist since 2010's Reminisce.  Last night at the Slipper Room, Eric and a few of his friends unleashed a set of new tunes in the intimate venue. 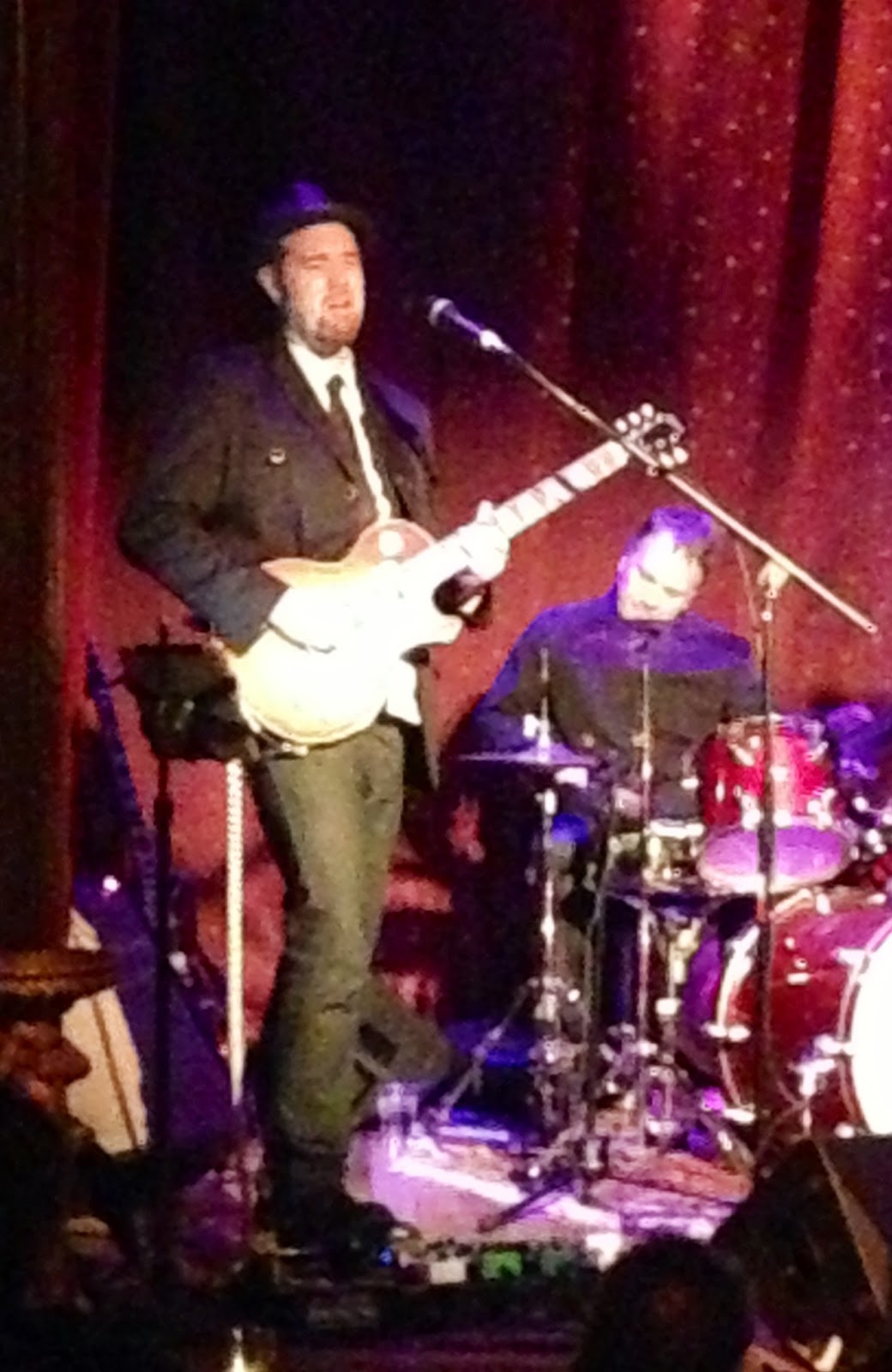 Starting later than the scheduled 8pm, Krasno took the stage with Warren Haynes' bassist Ron Johnson, the Blind Boys of Alabama's keyboardist Peter Levin, and the Dap-Kings' Eric Kalb on drums.  From the opening instrumental cut, the band locked in with each other, with Johnson taking care of the bottom, Levin chirping along on a stack of Nord Electro 2s, Kalb finding the pocket, and Kraz soloing, eyes closed, on top.  Permanent grins on Levin's and Kalb's faces remained for the entire set.  For the second number, a spirited cover of Ike & Tina Turner's "You Got What You Wanted," they were joined by Warren Haynes' vocalist Alecia Chakour and TAB's James Casey on sax, percussion, and vocals.  "This is our first time playing any of this stuff," admitted Krasno, taking lead vocals on the debut of "Jezebel."  The microphone he was using muddied the quality of his voice a bit, so that could take some of the blame, but it was clear he's a better guitar player than a singer.  He's definitely not bad, but in comparison to his astounding fretwork and Chekour's powerful vocals, it's evident why he usually enlists guest vocalists on his albums.

After "Blood from a Stone," which boasted a groovy wah-wah solo, Krasno announced to the crowd that he wanted to play "something familiar for you."  Ironically, their rendition of "You've Really Got a Hold on Me" ended up as the night's biggest letdown.  As I mentioned, Alecia Chekour had chops, but her boisterous, diva-like riffing drowned out the band.  The soulful supporting vocals by Casey could barely be heard amidst her showboating.  Thankfully, she was able to pull back a little by the time they turned in a funked-up version of Blind Faith's "Can't Find My Way Home."  New song "Torture" was one of the best of the night, a blues romp with a solo that had Eric teetering on the edge of psychedelia.

After an hour+ set, the original foursome returned to play "76," a scorcher from Reminisce.  Again, the instrumental bookend exemplified how well these cats could play together.  For the first time performing these songs, they were incredibly tight.  While JamBands.com had expected additional guests to sit in (I spotted Neal Evans in the back of the house.), it probably would've gotten too cramped on the narrow stage, already congested with just six.  Eric declared genuinely, "This is really fun.  I hope we're gonna keep doing this too."  Here's to hoping it's soon, and that Chakour shows a little more restraint next time.

Because most of the songs are new, any setlist help is appreciated.